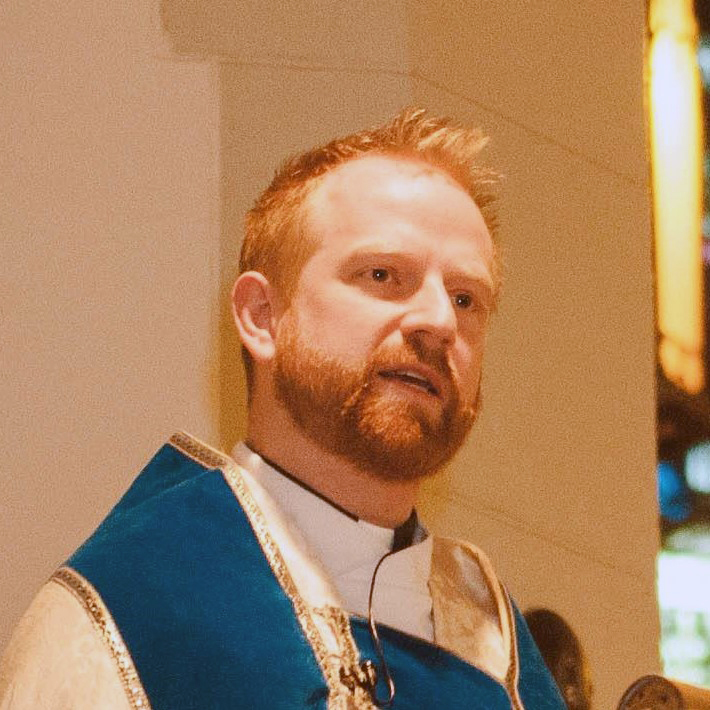 The Reverend James Duckett has been appointed as the next Rector of St Timothy, Brentwood.

The Archbishop will celebrate his Induction on Monday, December 10 at 7 pm.

The liturgical colour will be violet or blue.

Rev. Duckett is completing his term of interim ministry at St. Paul's, where he has been priest-in-charge since October 1, 2017.

Raised in Powell River, BC, James Duckett served at the altar both at the Church of the Assumption (RC) and St David and St Paul (ACC). He graduated from Max Cameron Secondary school in 1998 and pursued an undergraduate degree at UBC. While there, James connected to an evangelical church through a roommate. He completed his BA in English Literature (’03) and his BEd (secondary English and ESL) (’04). He then moved to Montreal and taught at a Christian school on the West Island while attending an evangelical church near downtown.

Students’ existential questions led him back to school at McGill where he earned a BTh (’09) and an MDiv (’10) through the Montreal School of Theology—a student first at MDTC (Dio) and later at Presbyterian College. He returned to teaching and his evangelical church before leaving both and moving to the public school system and attending Christ Church Cathedral where his formal discernment process began.

He met and married his wife, Sacha Bailey and was formally received into the Anglican Church by Bishop Barry Clarke who later ordained him (2015). Their first child, Eleanor, was born three months later. He was priested by Bishop Mary Irwin-Gibson in 2016, in the midst of his curacy at St. George’s in Ste-Anne-de-Bellevue.

He served as priest in charge at St Andrew and St Mark in Dorval briefly before moving to Vancouver where he filled the same role at St. Paul’s in Vancouver’s West End until his appointment to St Timothy, Brentwood (Dec 1).