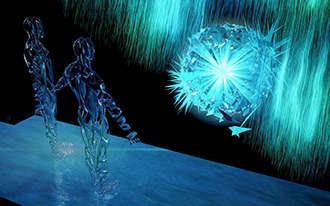 Sponsored by the Hugh and Helen Mogensen Fund for Church Revitalization

Many Christians are either fearful of science or silent in the face of its progress and claims. Celebrity scientists such as Stephen Hawking and Richard Dawkins use science to argue against the existence of God, and massive leaps in areas such as Artificial Intelligence seem to raise massive problems for traditional understandings of what it means to be human. But the God of the Bible is also the God of all Creation. On the basis of the revelation of God in Jesus, Christians can be confident and engaged with science in their discipleship, work, witness and apologetics. Speaking from his own experience as an astrophysicist and popular communicator of the Christian faith, Professor David Wilkinson will explore the doctrine of creation that will help equip us for ministry and mission today.

Trained first as a scientist and then as a theologian, David Wilkinson’s first PhD was in astrophysics, looking at the process of star and galaxy formation, and mass extinctions. After this he studied theology at Cambridge and became a Methodist minister. Later he completed a PhD in theology and since then has held a number of different positions at Durham University in apologetics and theology. He is now Principal of St. John’s College and Lecturer in the Department of Theology and Religion at Durham University.

Here is the link for registration. Fee $25