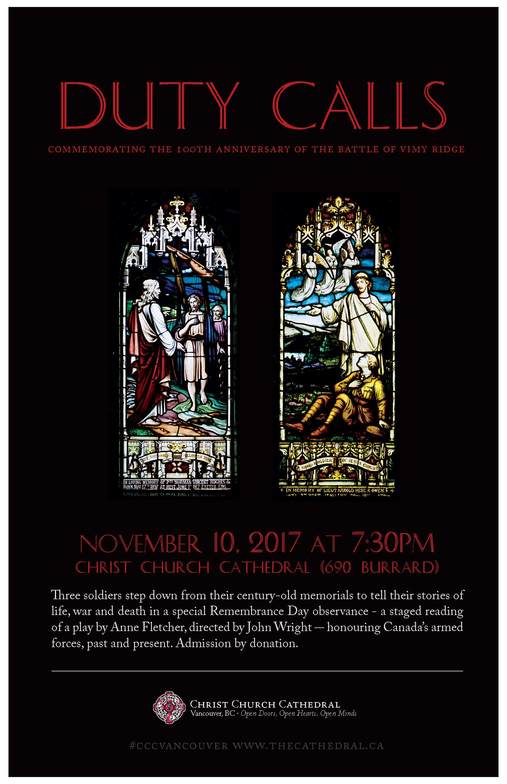 Commemorating the 100th Anniversary of the Battle of Vimy Ridge

Three soldiers step down from their century-old memorials to tell their stories of life, war and death in a special Remembrance Day observance - a staged reading of a play by Anne Fletcher, directed by John Wright - honouring Canada's armed forces, past and present.