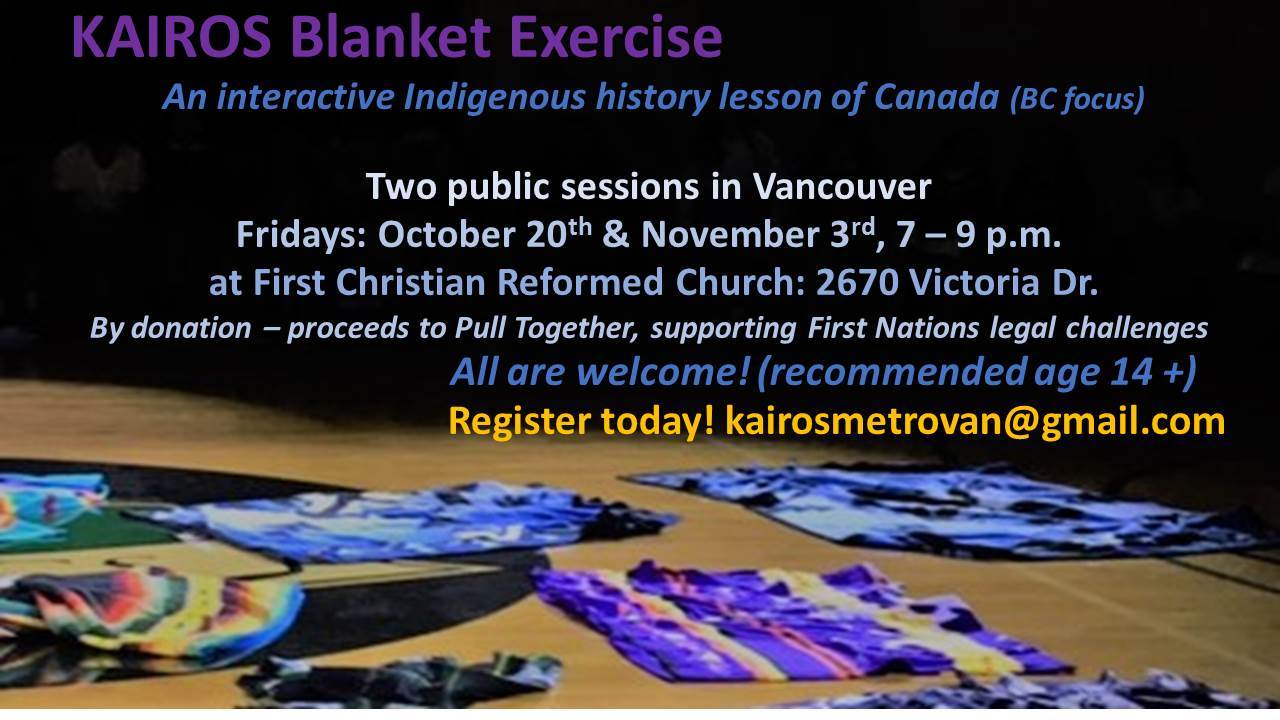 The Eco-Justice Unit of the Diocese of New Westminster recommends this event presented by KAIROS a partner organization of the Anglican Church of Canada.

This blanket exercise will have a BC focus.

Admission by donation: Proceeds will be directed toward Pull Together, supporting First Nations legal challenges.

About the KAIROS Blanket Exercise

The KAIROS Blanket Exercise is an experiential teaching tool based on participatory popular education methodology and the major themes and findings of the 1996 Royal Commission on Aboriginal Peoples. Participants step onto blankets representing the land, and into the role of First Nations, Inuit and later Métis peoples. Facilitators read the script and assume the role of Narrator and European explorers and settlers.

The exercise builds awareness and understanding of our shared history as Indigenous and non-Indigenous peoples in Canada by having participants literally walk through situations that include pre-contact, treaty-making, colonization and resistance. Participants are drawn into their roles by reading scrolls and carrying cards which ultimately determine their outcomes. By engaging on an emotional and intellectual level, the KAIROS Blanket Exercise effectively educates while increasing empathy. It reaches both the mind and the heart. It is contributing to a movement for reconciliation through education across the country.