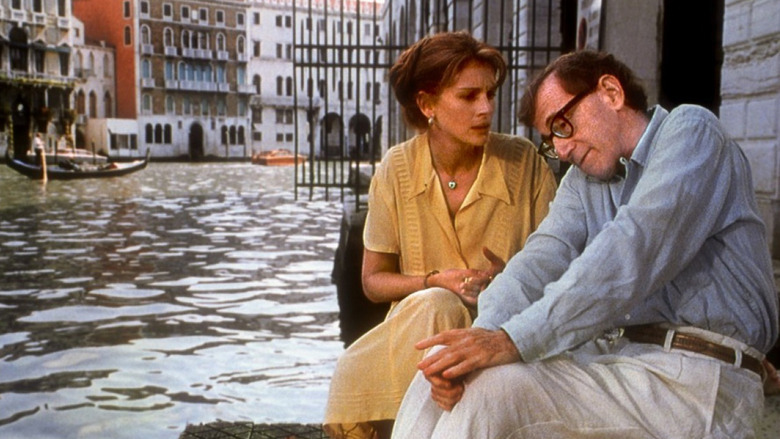 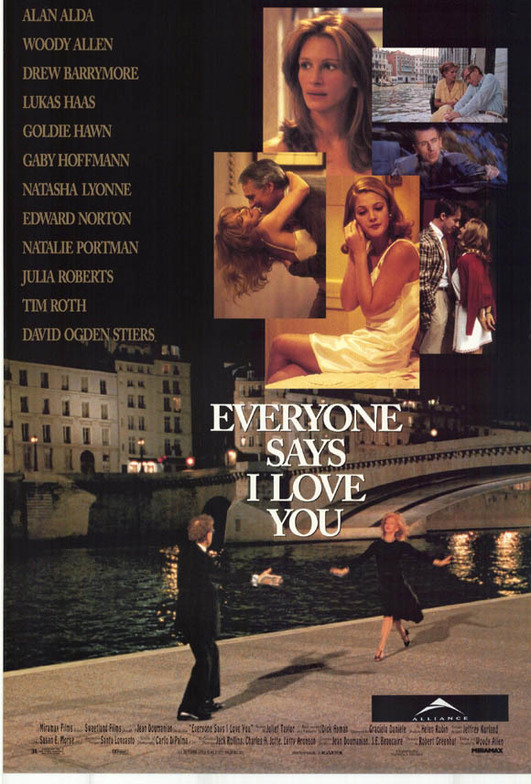 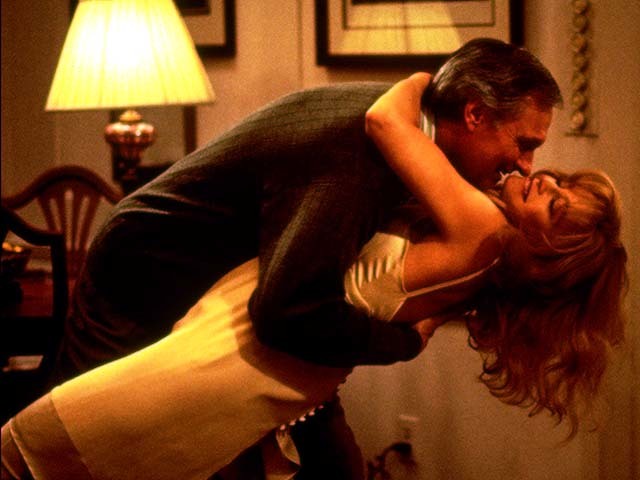 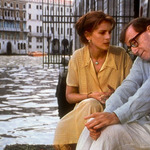 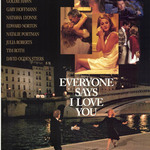 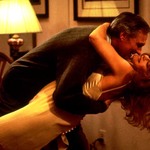 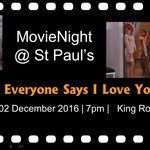 For the month of December, MovieNight at St. Paul’s presents “Everyone Says I Love You”, the 26th film written and directly by Woody Allen. This 1996 musical comedy  film stars Woody Allen, Julia Roberts, Alan Alda, Edward Norton, Drew Barrymore, Gaby Hoffmann, Tim Roth, Goldie Hawn, Natasha Lyonne and Natalie Portman. It features songs we are deeply familiar with such as “Just You, Just Me” and “My Baby Just Cares for Me”.

A lot of romance in this film!

A musical featuring non-professional singers and dancers (like Goldie Hawn, Drew Barrymore, Edward Norton, Allen himself and Allen regular Alan Alada, among others)(Julia Roberts also co-stars, but, alas, doesn’t sing) might have looked on paper like a bad idea waiting to happen, but the sincerity the non-singers bring to classic Cole Porter tunes and other songs of 1930s makes it work.

The story is told from the point of view of DJ, the young, confident daughter of a well-to-do New York family. She is our host, guiding us through a topsy-turvy year in the lives of her family members that ends with a warm, funny and touching dance sequence on the banks of the Seine River in Paris. Fast away the old year passes, indeed: as the calendar comes to a close for the film’s characters and another is just waiting to begin for them, so it is for us, the viewers.

Friend and frequent contributor to Movie Night, Capilano University film animation history professor and movie critic Michael van den Bos returns once more to provide another engaging, in-depth introduction to the night’s entertainment. We will also be giving away, as is our December custom, a Hudson’s Bay Charity stuffed bear. Sales of these custom teddy bears have raised over $1.6 million for a variety of Canadian charities since these cute little fellows were first made available in 2006. They’re perfect for keeping yourself or passing along at Christmas to that person you know who will give them the best home!

The feature presentation will also be preceded by a Yuletide-tinged super 8 film short courtesy of Silmara & Curtis. It’s a surprise, but we guarantee you won’t want to miss it.

Door opens at 6:45pm. Please enter via the External RED Door with signage  of LABYRINTH and MASCALL. Go down the right stairs and be greeted by our movie host(s). Get your free drink, popcorn & even pizza. Have a bit of fellowship with your fellow movie buffs.

The film starts at 7pm in the King Room (lower level adjacent to the Church Hall).

This is a FREE event, however, donation is greatly appreciated. No registration is required.