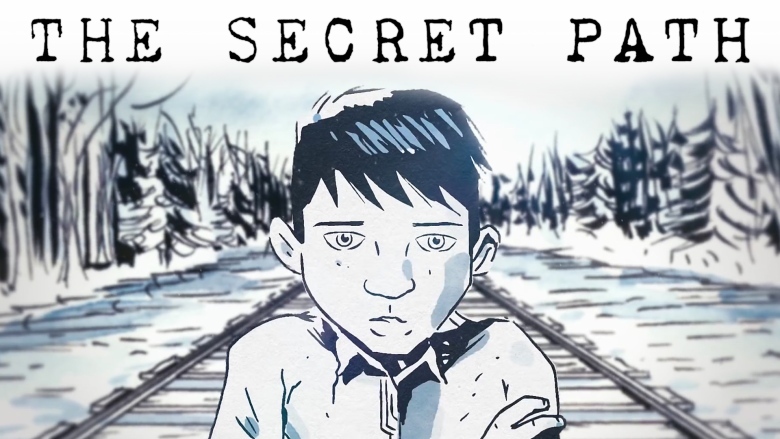 On October 22, 1966 near Kenora, Ontario, Chanie Wenjack died when he walking home to the family he was taken from over four hundred miles away.

Fifty years later, Gord Downie, the frontman and singer of the legendary Canadian rock band The Tragically Hip, took Wenjack’s story and turned it into Secret Path. The project consists of a solo album, a graphic novel and an animated film. Downie — who went public with his diagnosis of terminal brain cancer last May — states that …

Secret Path acknowledges a dark part of Canada’s history — the long-suppressed mistreatment of indigenous children and families by the residential school system — with the hope of starting our country on a road to reconciliation.

Downie’s music and award-winning artst Jeff Lemire’s haunting illustrations come together in the moving, powerful animated film Secret Path, Movie Night’s selection for April. The 50-odd minute film will be followed by a short behind-the-scenes look at the recording of the album, plus Downie’s meeting with Chanie’s family.

Movie Night will also be giving away one copy of the Secret Path graphic novel and album in a random draw, so this is truly an evening not to be missed.

This is a FREE event, but your donation would be greatly appreciated. No registration required.

View the official trailer below.