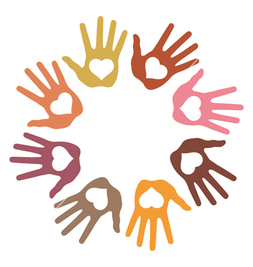 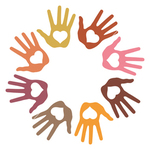 Nii K'an Kwsdins (aka Jerry Adams) Indigenous Justice Ministry Coordinator for the Diocese of New Westminster is coordinating the presentation of this four week series with some very special speakers.

Each evening will be in the form of a Talking Circle with stories, questions and ideas being shared.

Please feel free to attend one evening or all four, you will be most welcome.

We will be asking for a small donation of any amount at the door. Tea and coffee will be served as well. We hope you will join us for this chance to learn and grow together!

Shelley Joseph will share with us what she has learned in her 25 years of work promoting spiritual, physical, mental and emotional well-being for families and communities. She will also talk about Truth and Reconciliation, and share her passion for continuing to move forward the legacy of her father, Chief Bobby Joseph, founder of Reconciliation Canada.

Hekwa’gila’owgwa, Shelley Joseph, brings over 25 years of experience paired with education covering spiritual, physical, mental and emotional well-being for families and communities. She is passionate about supporting First Nations people to take an active role in healing and growth utilizing a holistic approach to well-being. Shelley has always followed traditional teachings through a lifetime of learning from elders and cultural leaders. Aligning with Reconciliation Canada’s idea about creating a better tomorrow for our children; Shelley lives by the Kwakwaka’wakw law “if not for our children, what would our purpose be?” And has always believed in the Kwa’kwala phrase– ḵ̕wa̱la’yu, you are my reason for living. Rounding out her beliefs and cultural values; Shelley is excited to continue to move the work of Reconciliation Canada forward and be a part of her dad’s legacy.

We will hear stories about the Downtown Eastside Community and its Aboriginal population from Fr. Matthew Johnson, Diocesan Street Outreach Priest working out of St. James’ Church. Fr. Matthew will be joined by Joyce and Joseph Fossella.

Joyce Fossella B.A. M.Ed. is currently the Executive Director of the Warriors Against Violence Society where she has worked since 1998. She is a member of the Lil'wat nation in British Columbia, Canada. Joyce has worked extensively in the First Nations community in the education, employment and the health and wellness fields. Joyce co-facilitates group sessions, working with men and women addressing family violence. She has presented at various conferences, nationally and internationally, including the World Indigenous Women & Wellness Conference in Vancouver, BC and Calgary, Ala. She has also presented at the "Guns, Gangs and Drugs" youth conference in Prince George, BC and at a nurses conference in Auckland, New Zealand. Joyce facilitates workshops and presentations at various agencies and organization.

Joseph Fossella Sr. is a co-founder and a counselor/facilitator for Warriors Against Violence Society. He is a member of the Sechelt Nation. Joseph has worked in the First Nations community for over fifteen years. Recently, he has served Corrections Services Canada as an Elder, working with the Aboriginal inmates who come from all areas across Canada. He provides counseling, traditional teachings and administrative support. Joseph speaks at various conferences and hosts presentations and workshops at various gatherings, organizations and communities. He has spoken at the World Indigenous Women & Wellness Conferences in Vancouver, BC, and Calgary, AB. In addition, he has presented at: the Northern Responses and Approaches to Victims of Crime Conference in Yellowknife, the Guns, Gangs and Drugs youth conference in Prince George, BC; the Ermineskin Shelter conference in Hobbema, AB.; and presented the Police Conference in Ontario.

Lynda Gray from the Ts'msyen Nation, author of “First Nations 101”, will share a wealth of information on the current reality for Canadian Indigenous Peoples.  Since writing her book Lynda has realized there is more she wants to share, and she is looking forward to receiving your questions and engaging in discussion.  Here is a link to her website, and her book will be available that evening.

Lynda Gray is a member of the Ts'msyen Nation on the Northwest Coast of BC (Gisbutwada / Killerwhale Clan). She was born in Prince Rupert, but has lived in East Vancouver since she was six months old.  Lynda is the proud mother of two adult children: Northwest Coast artist Phil Gray and Dr. Robin Gray. She and her children have learned much about their Ts'msyen culture and community from their participation in the Lax Xeen Ts'msyen Dance Group based in Vancouver, BC as well as from attending traditional feasts in Lax Kw'alaams.

Lynda is an active member of the First Nations community. Her work is grounded in a strong belief in community development, youth empowerment, and culture as therapy.  She has a Bachelor’s degree in Social Work from UBC, served as the Executive Director of the Urban Native Youth Association (UNYA) for 7 years, and serves on community Boards including the UBC President's Advisory Committee on Aboriginal Issues and the Vancity Community Foundation.

Keane Tait –cultural knowledge, dance, and language teacher (from the Nisga’a Nation), and Melissa Adams, archivist for the Union of BC Indian Chiefs (also from the Nisga’a Nation), will help us look at the way Aboriginal culture is being shared today with non-Aboriginal culture, and what happens as our cultures work toward understanding and communicating with each other.  We will learn about some of our Aboriginal history, some current situations, about language used in books, and information that is important to Aboriginal people but not acknowledged in the current educational system and other institutions.

Melissa Adams, a member of the Nisga’a First Nation in Canada, is a PhD student at University College London. Her education background combines History, First Nations Studies and Archival Studies, and her PhD research examines the impacts and implications that Canada’s Indian Residential Schools Settlement Agreement is having on recordkeeping. She has worked in libraries, archives and museums, often at institutions which include Aboriginal material.

Keane Tait is the Artistic Director of Kwhlii Gibaygum Nisga'a Dancers,  is a prominent figure in the Nisga’a traditional scene, and co-founder of Radiating Ravens Apparel. He is a Traditional Weaver. Keane was born in Terrace, BC. His Nisga’a name is Wal-aks, coming from the House of Axdii Wil Luu-Gooda of the Git-Wilt’uuts’kwhl Aks Clan of the Raven / Frog tribe among the Nisga’a People; and currently resides in Vancouver / Ts’amiks. Keane Wal-aks is fluent in the Nisga’a language and French, he also takes pride in learning other languages. From childhood he has been taught the traditional values of his culture and oral history of his people by his mom, many aunts and uncles, but above all by his late grandmother, Addie Tait and his late grandfather Tom Tait. Keane is an accomplished Gwiis Maakskw (lit. Wearing White) weaver. He started out learning Salish Weaving from the Musqueam weaver Debra Sparrow, and Wal-aks is now an accomplished Northern Geometric/Raven's Tail (Gwiis Maakskw) Weaver.