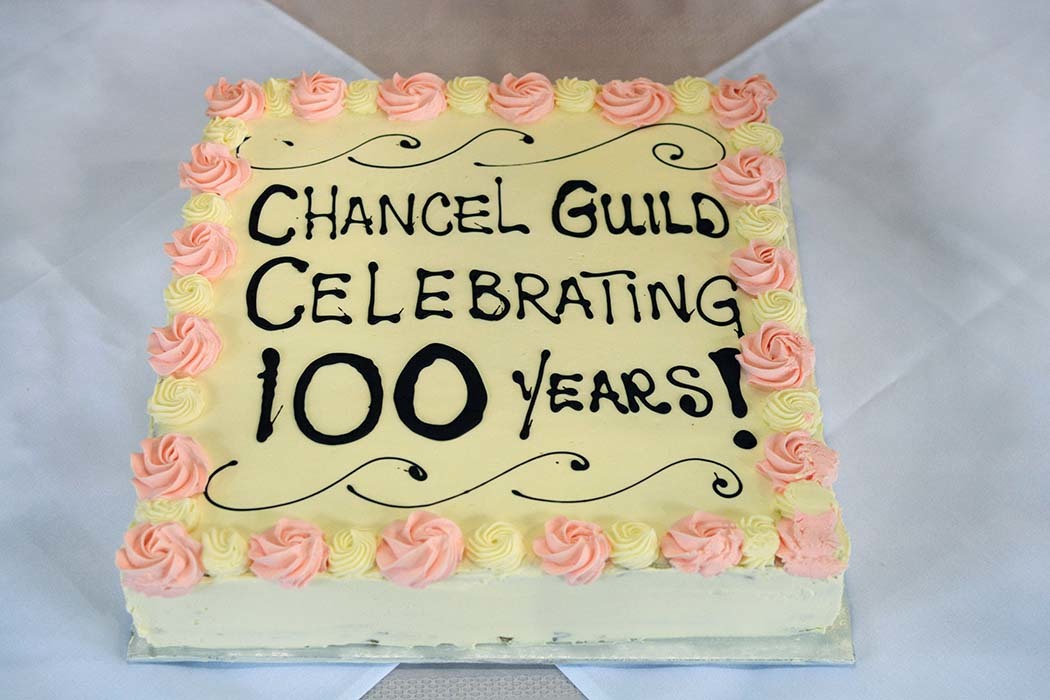 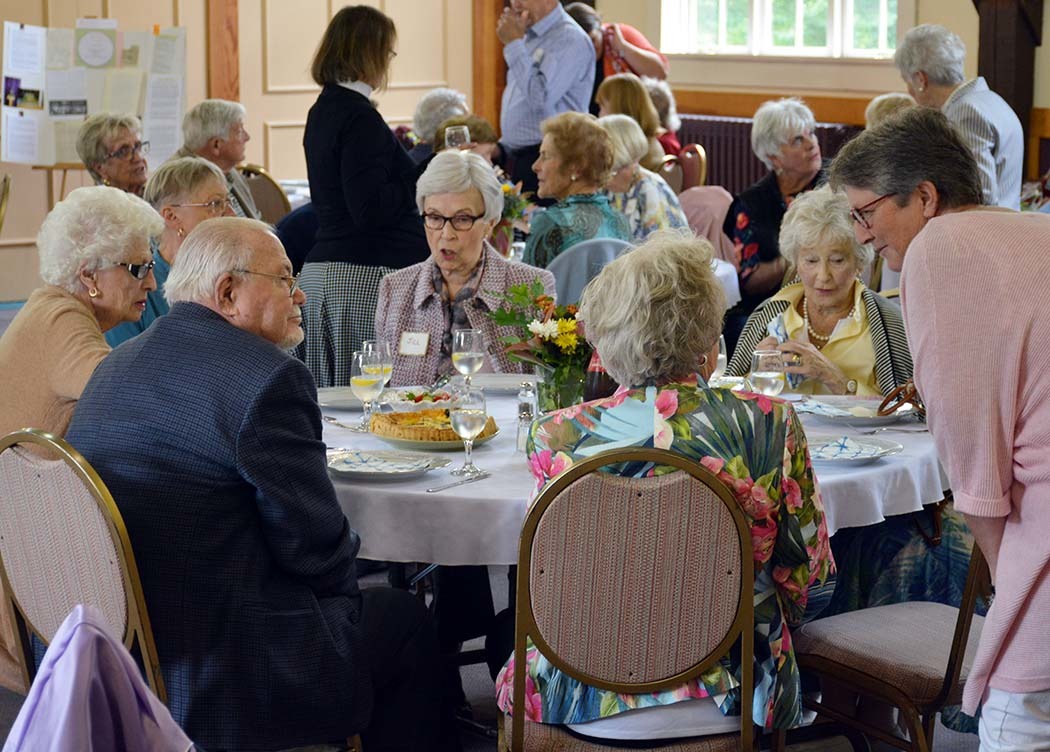 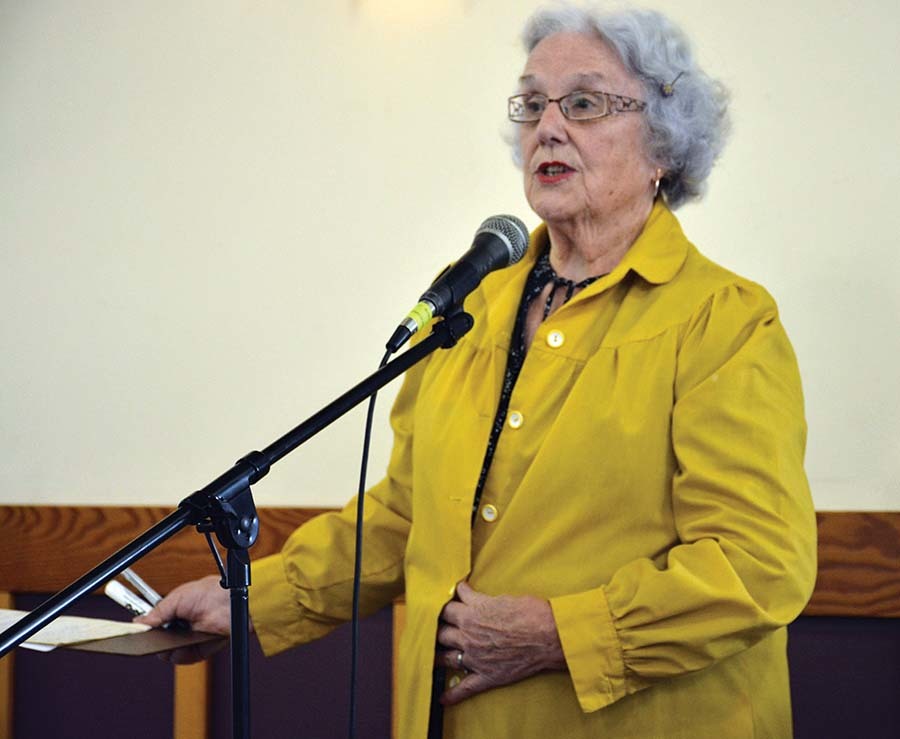 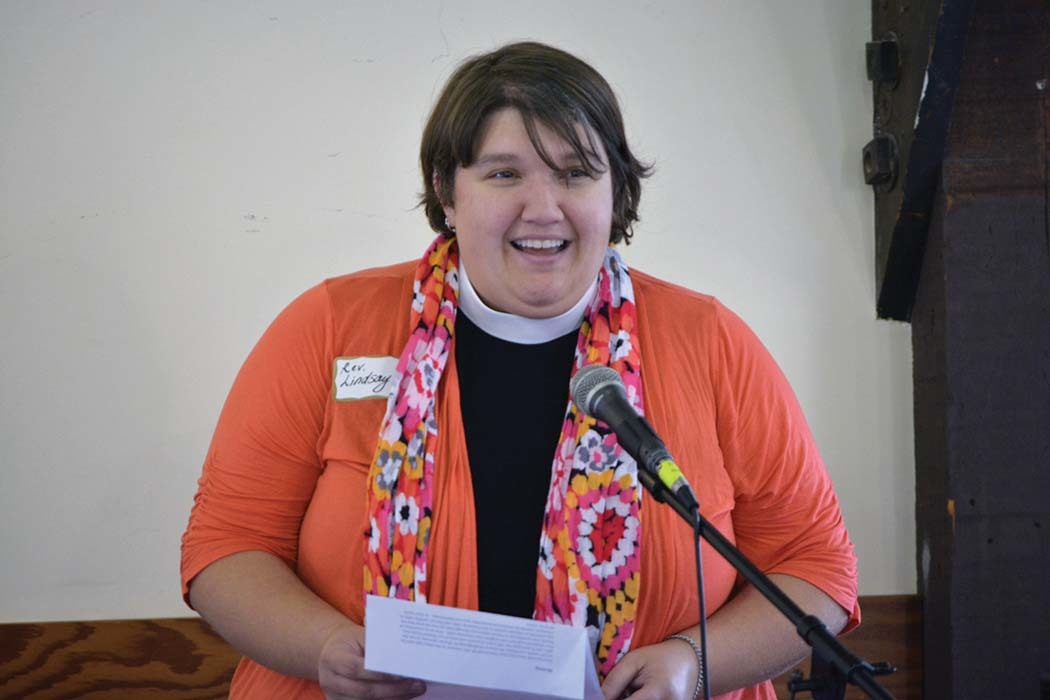 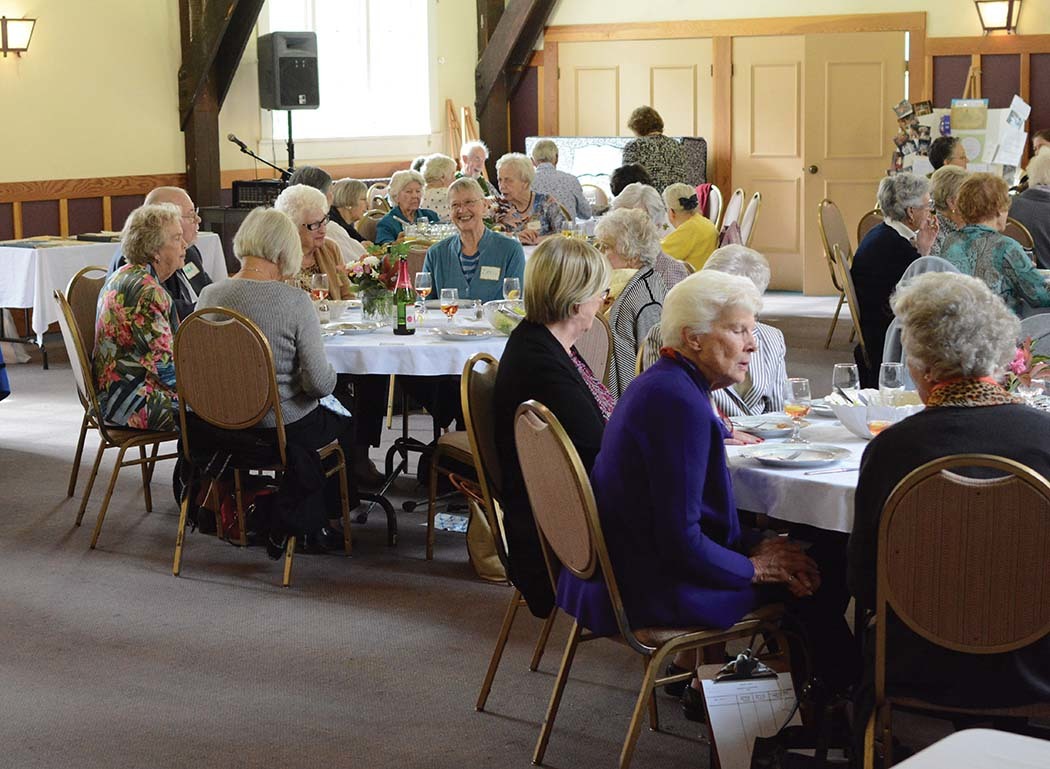 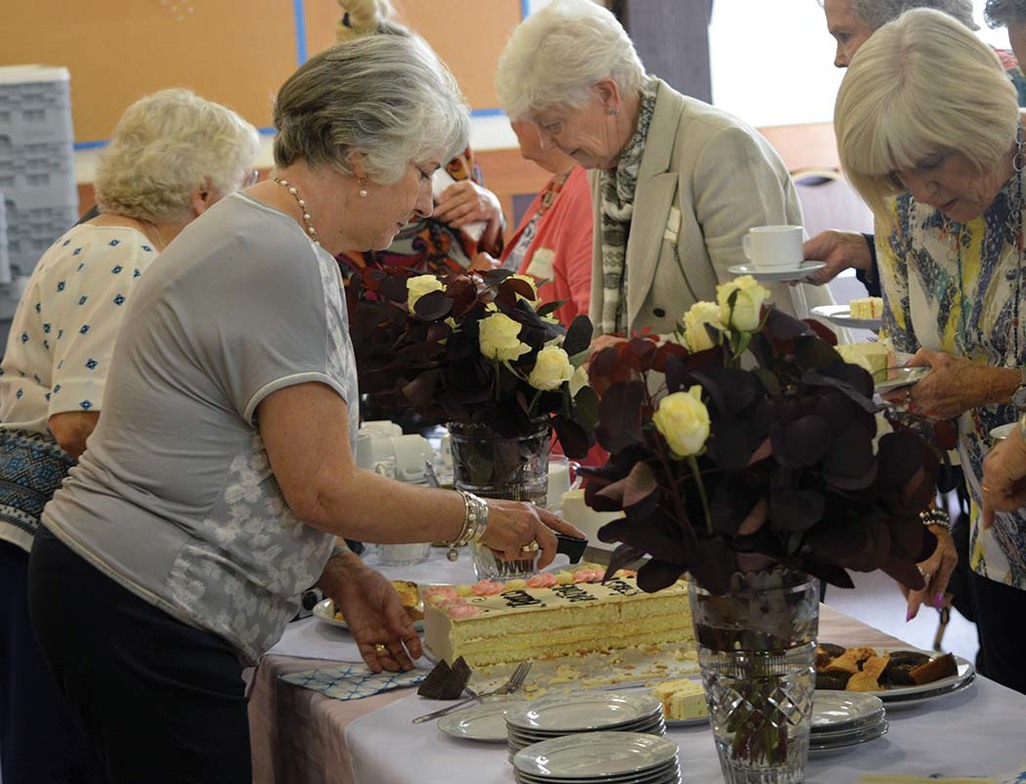 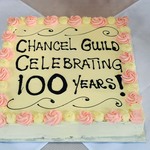 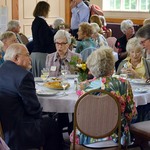 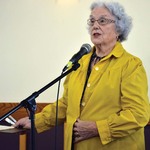 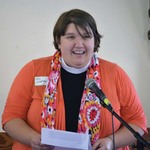 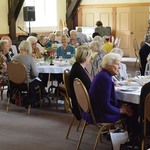 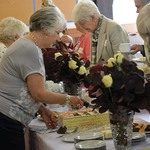 St. Mary’s, Kerrisdale Chancel Guild celebrated its centennial on Friday, September 14, 2018, with a luncheon in the parish hall. The hall was set-up with numerous round tables able to accommodate 8, a buffet table near the entrance for serving the celebratory cake, three easels, each holding a different three panel display board, and a table on the hall’s south side containing historic and current items relating to the ministry being celebrated that afternoon. A few minutes after 12noon, Chancel Guild member Judith Parkes had completed the registration of the approximately 100 guests, the room was filled with the sounds of a celebration, conversation and laughter. Volunteers began to bring the serving plates containing freshly baked quiche and crisp salad to the guests. While this activity continued, those still standing and chatting either found seats or returned to their places, and Chancel Guild member, Margie Walwyn was introduced by the MC, current Chancel Guild president, Deborah Spafford. Margie made her way to the microphone positioned in front of the south wall of the hall.

Margie was wearing a three quarter length gold smock with loose, partially pleated sleeves like what an artist or jeweler might wear. She began her brief pre- luncheon address explaining that in years past every Chancel Guild member would wear a smock like this one, specifically to protect their clothing from metal cleaning products. With that said she was quite happy to remove the protective garment as it was a bit warm in the parish hall. Margie invited everyone present to feel free to inspect the display boards that she had curated and to take a look at the decades old ledgers on display. She then pointed out two flipcharts on easels and requested that those present share their memories of the Chancel Guild in print on the sheets of newsprint.  She outlined some of the Guild’s activities including the cleaning of “Holy Hardware” and the preparation of the altar and chancel linens and liturgical cloths designating the seasons of the Church but also included less known functions like supplying a celebratory cake to serve following Confirmations and the distribution of candles to the newly Baptized.

The Reverend Christine Rowe, Associate Priest for Pastoral Care was the first to share her memory. Rev. Rowe’s mother was baptized at St. Mary’s, Kerrisdale in 1919, and on this day of all days it was particularly meaningful for her to know that the Chancel Guild (at that time called the Sanctuary Guild) prepared the church for that liturgy.

Following the main course, Chancel Guild member and Warden of the parish, Keith Bunnell introduced the rector, the Reverend Lindsay Hills who shared some thoughts about Chancel Guilds. Although raised in the Church, Rev. Hills did not have much experience with that ministry until her first parish placement (internship). She was impressed by the Guild member’s “dedication and humility.” As she progressed along her path to ordained ministry the Chancel Guild’s influence grew and she admitted “everything I learned about being a priest, I learned from the Chancel Guild.” She continued to say how much she appreciated the privilege of joining the SMK, Chancel Guild community on its 100th anniversary. She asked that everyone present continue their support of the Guild and briefly outlined some plans for the future that might include a “Chancel Day” and a parish wide “Clean-Up Day”.

Dessert followed the rector’s address. Chancel Guild member and one of the principal organizers of the event, Johanna Finlay, ODNW skillfully wielded the cake knife and began carving the three layer sheet cake into slices as folks lined up at the buffet tables. As the group enjoyed cake and various other sweet treats Deborah introduced other members of the Chancel Guild 100th Anniversary organizing team. Judith reported on the correspondence that had been received, sent by Guild members who were unable to attend. This was followed by some current business as Mary-Jean encouraged folks to contribute Harvest flowers while a list for volunteers was circulated. Even during the Centennial celebrations the work of the Chancel Guild continues. Deborah Spafford concluded the festivities by once again thanking Johanna and Margie for all their work organizing the luncheon.