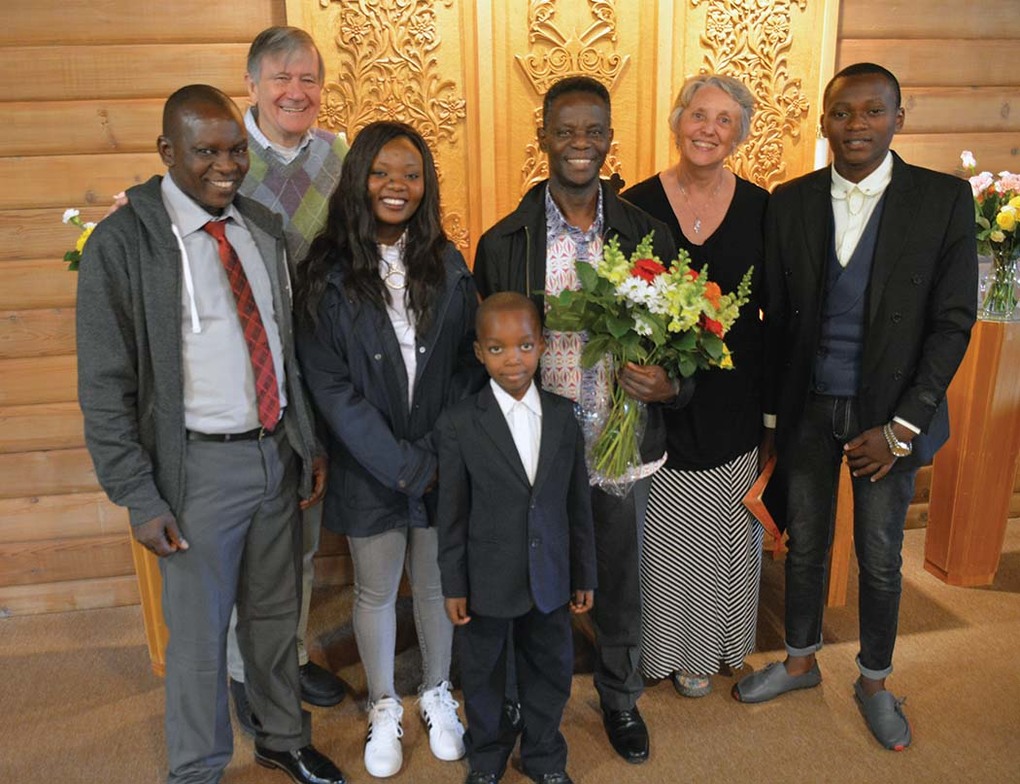 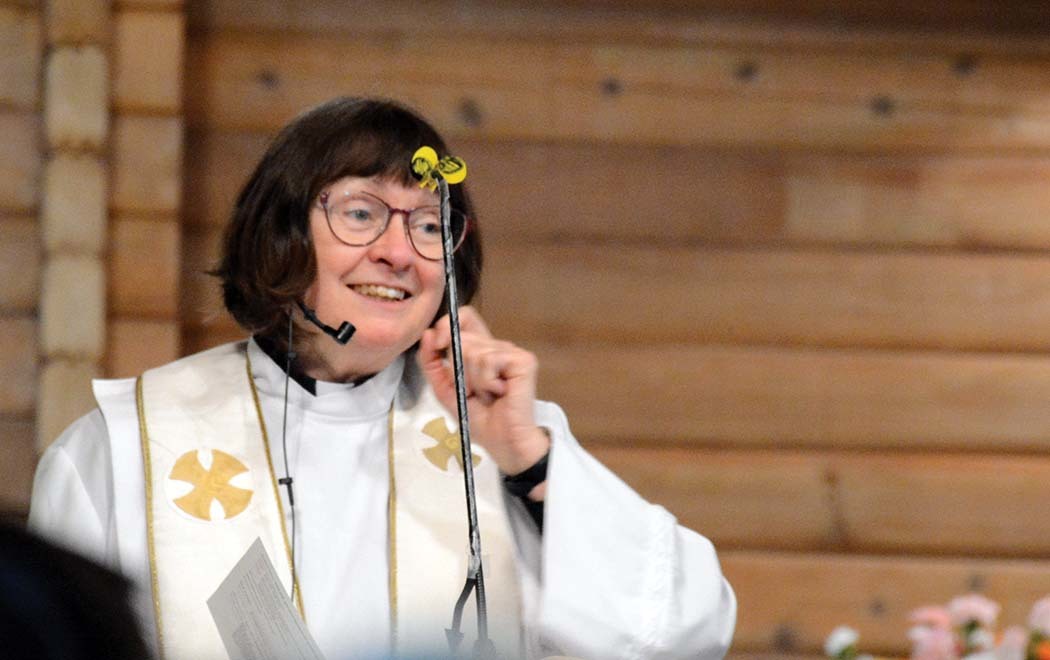 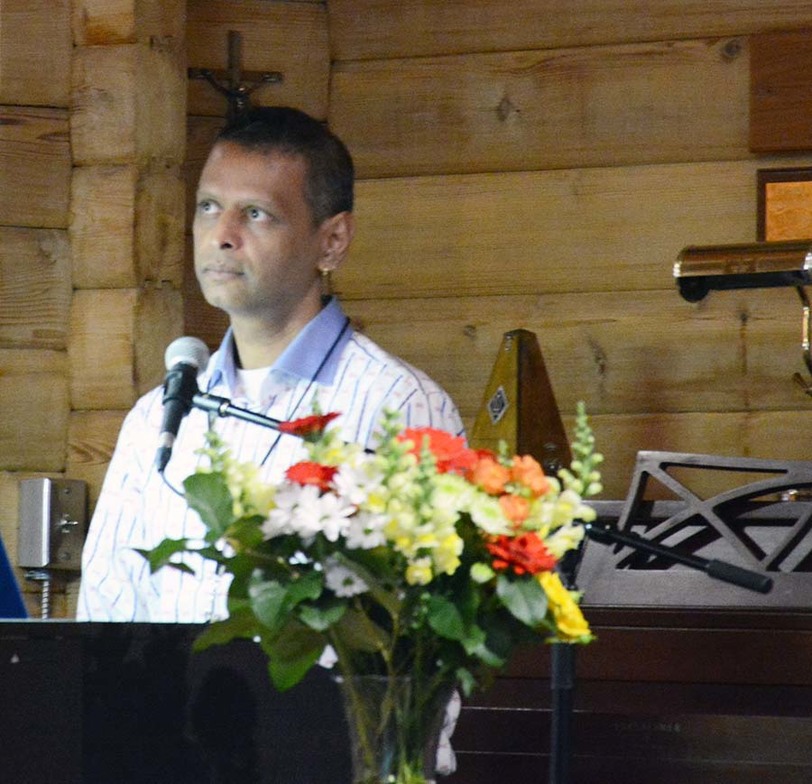 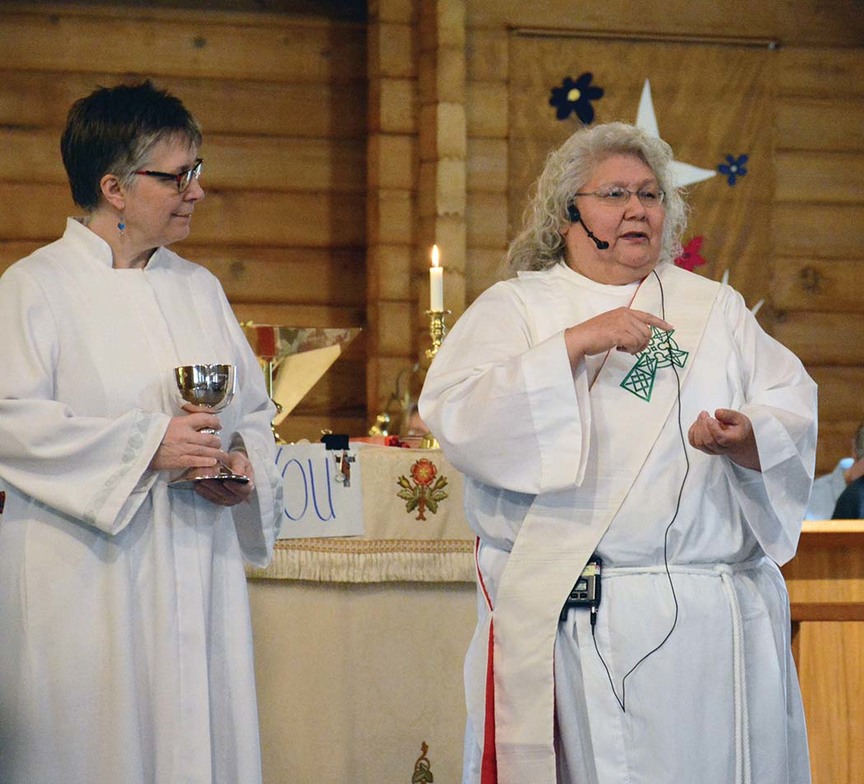 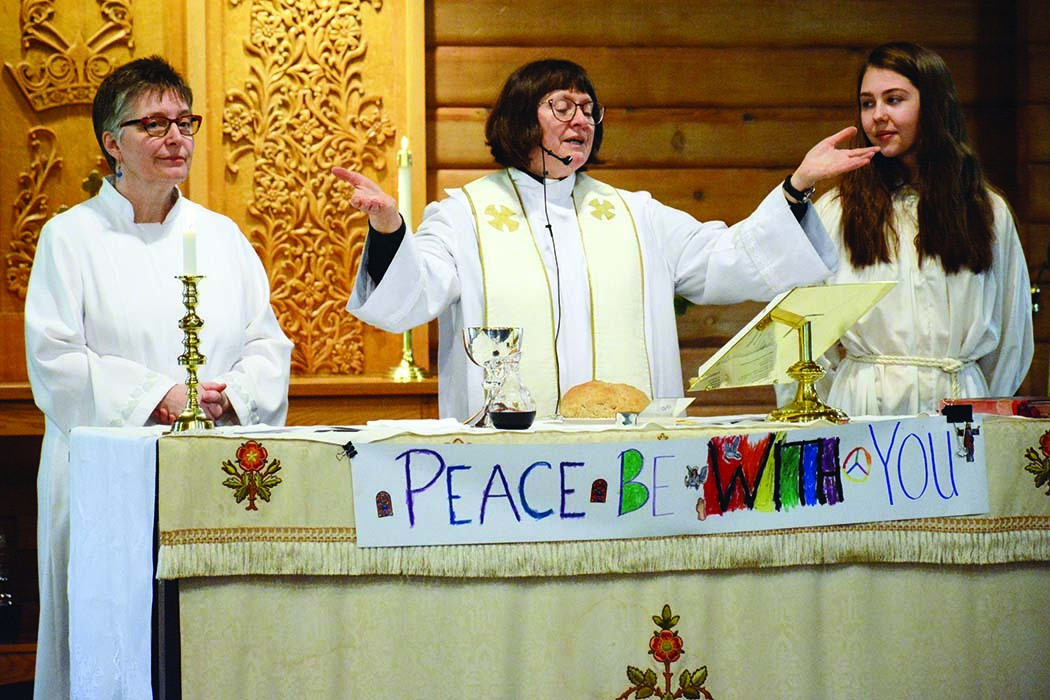 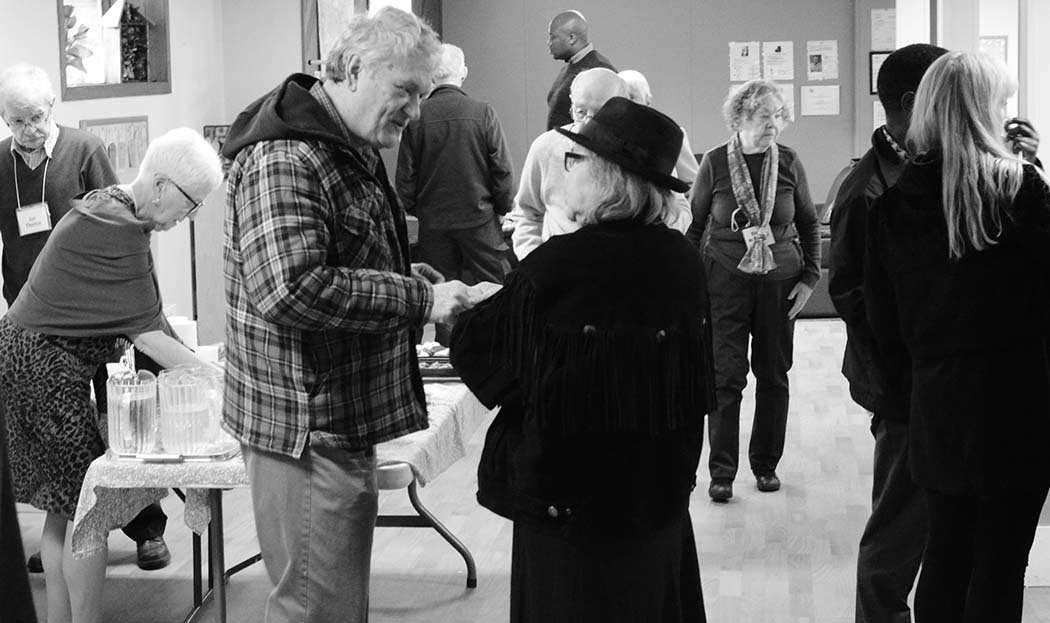 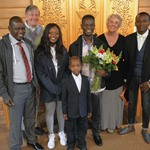 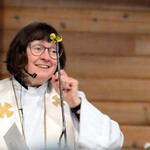 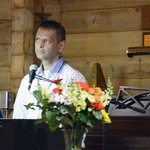 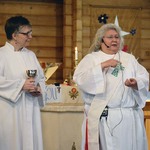 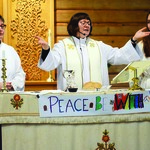 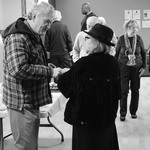 The Parish of St. Clement, Lynn Valley is a lively, diverse and welcoming Christian community that very much enjoys the experience of worshipping together, as well as celebrating together, and being there for one another in times of joy and trial. The parish is also focused on what goes on outside the walls of the church and what they can do to live out their baptismal covenant in the greater community to bring God’s message to the world.  The Eucharist celebrated April 15, Easter III was a great example of this commitment.

The liturgy itself, presided over by rector, the Reverend Lynne McNaughton ably assisted by the curate, the Reverend Vivian Seegers, postulant for ordination to the diaconate, Peggy Trendell-Jensen and Music Director, Lynley Lewis  was a Teaching Eucharist, an opportunity for newcomers to gain some insight into the Eucharist, the core of Anglican worship, and to answer questions and provide context about the practice and process, with the goal of creating an invitational and welcoming environment for those who are seeking the divine through Jesus Christ.  In the overview that began the “teaching” section of the liturgy, Rev. McNaughton clarified that “we do this because we know that those attending worship are from diverse backgrounds…and, even lifelong Anglicans may benefit from an increased understanding.” The first question she posed was, “Why do we do it?” Which she answered saying simply, “Jesus commanded us to. “ She then included a quote from Anglican Monk, Br. Ronald Rolheiser which is actually a paraphrase of the title of his book about the Eucharist, “(as Christians) it is our one great act of fidelity.”

The Reverend Vivian Seegers assisted by Peggy Trendell-Jensen offered information about the sacramental nature of the Peace Pipe ceremony in many First Nations' traditions in the context of receiving the Blood of Christ during Holy Communion, and the different appropriate options for receiving both these symbols during the First Nations ceremony and the Eucharist.

After worship all were invited to a community meal in the parish hall. The special guests for the meal were four members of Malis’ family; Congolese newcomers who had arrived from Kampala, Uganda via Amsterdam just three days earlier following 33 hours of travel. Although Malis’ family are sponsored by the North Vancouver Region’s (Deanery) Regional Ecumenical Settlement Team (REST), St. Clement’s members Wilna and Dave Parry have played (and will continue to play) a pivotal role in the process of creating this opportunity for a new life in Canada for Malis and three of his five children, Furaha (19), Bonheur (17) and Willem (7).

Also present for worship and as an honoured guest for lunch was Mambo Masinda. Mambo was born in the DRC and grew up in a remote Eastern area. Following graduation from a Roman Catholic High School, he became a teacher and taught for seven years in order to earn tuition for his younger siblings. His teaching career ended in 1985, when he was forced into exile, ultimately spending three years in the Kigwa Refugee Camp before being resettled in Canada. He graduated from the Universite Laval with a PhD in Political Science and worked at UBC. Currently he is a Settlement Worker with the Burnaby School District. The newcomers are his baby brother, one of his nieces and two of his nephews.

The process of bringing Malis’ family to Canada began when the Reverend Margaret Marquardt introduced Wilna Parry to Mambo Masinda. Rev. Marquart knew Mambo from her work in settlement of newcomers in Burnaby and she was very aware of St. Clement’s 2009 sponsorship of two Karen families. She hoped that Wilna and Mambo would consider co-facilitating a course at the Sorrento Centre. Wilna agreed and “Hearing Refugee Voices” was offered at Sorrento Centre in July 2014. Mambo and Wilma began brainstorming about how to sponsor some of his family members from refugee camps in Africa and when the REST committee began planning their second round of sponsorships, Wilna requested that Mambo’s youngest brother Malis and his children be considered. The committee agreed as the sponsorship of Malis’s family is a ‘soft’ sponsorship in that Mambo and his family already in Canada will do most of the work of resettlement allowing REST and the Diocesan Refugee Unit to continue their focus on new resettlement requests.

According to Wilna, Malis’s other two children are with their mother in a different camp. Malis is a carpenter. He could not afford the costly fees for High School in Uganda, therefore the children do not have what we might term “formal schooling.” Mambo lives in Surrey and secured a 3 bedroom apartment basement suite for the family nearby. With help he was able to furnish the suite. Furaha and Bonheur speak a bit of English but Willem only speaks Swahili and Mali speaks a bit of French and Swahili.

In all likelihood Malis and Mambo will soon began to explore the possibility of bringing over the other children, should they wish to come to Canada. Mambo has four adopted children in addition to his own five and REST have applied and are currently going through the process to bring over a daughter Mambo adopted when she was 16 and who is now in her twenties. Her papers are going through the process and she will live with Mambo when she arrives.

Fundraising is one of the keys to successful refugee ministry and with that in mind a gala Music Festival is being assembled by St. Clement’s  Music  Director Lynley Lewis that will be presented at St. Clement’s, Saturday, June 2. REST hopes to raise $6,000 at this event for newcomer’s support. More information about the concert will be circulated as it becomes available.

Many more photographs with captions available at Anglican Conversation, the Facebook page of the Diocese of New Westminster.