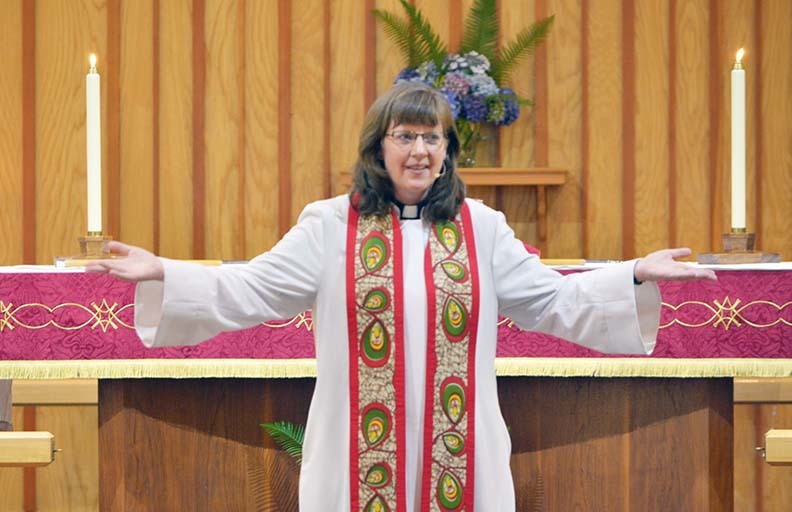 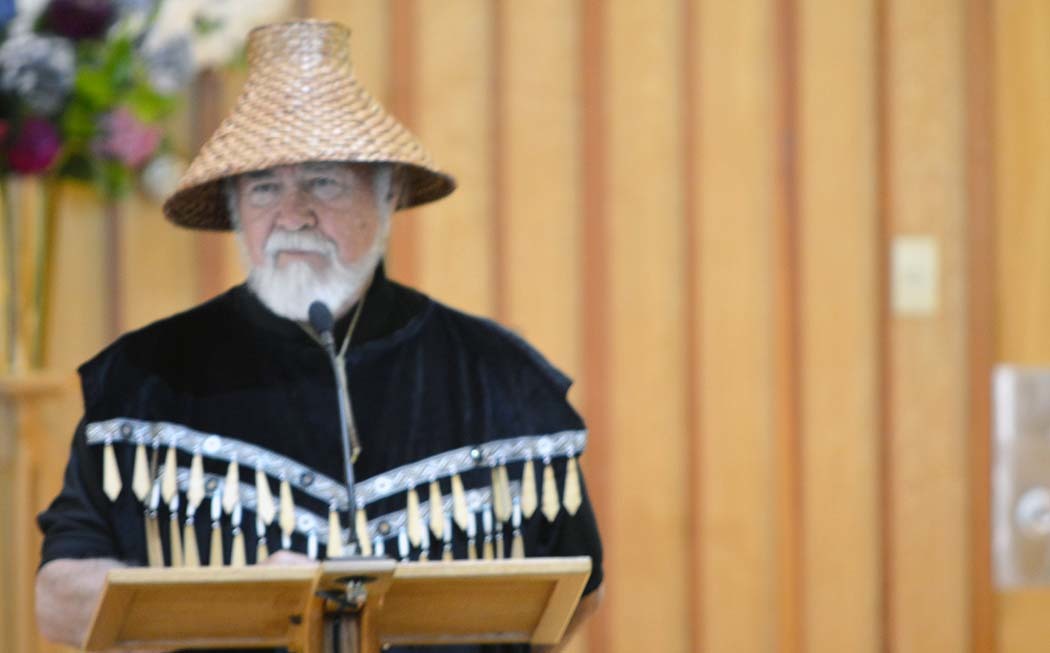 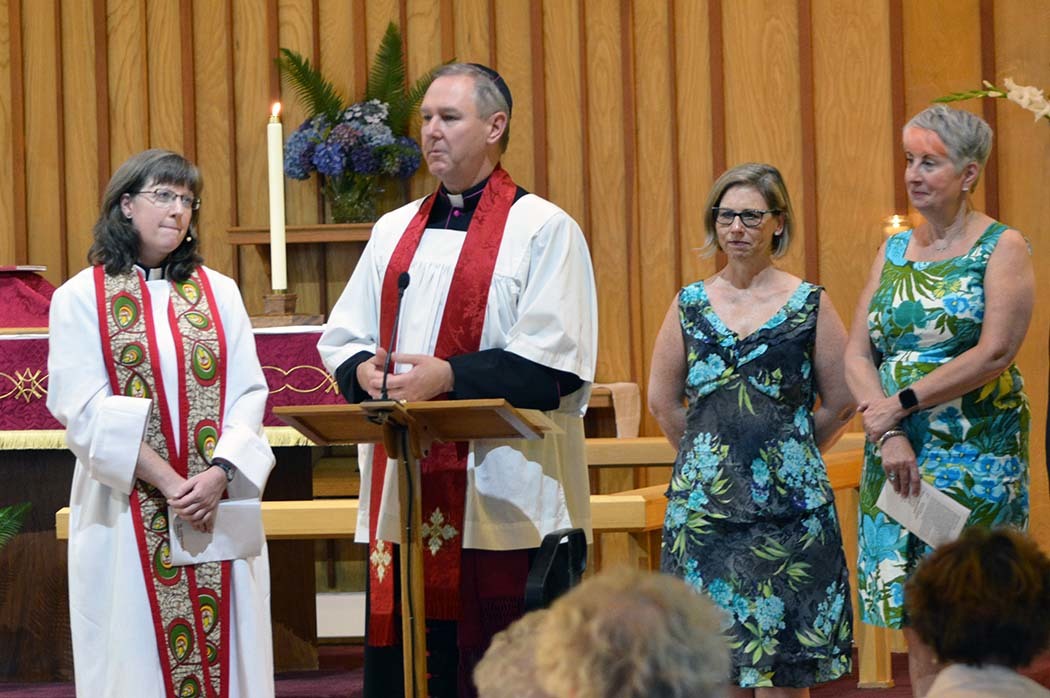 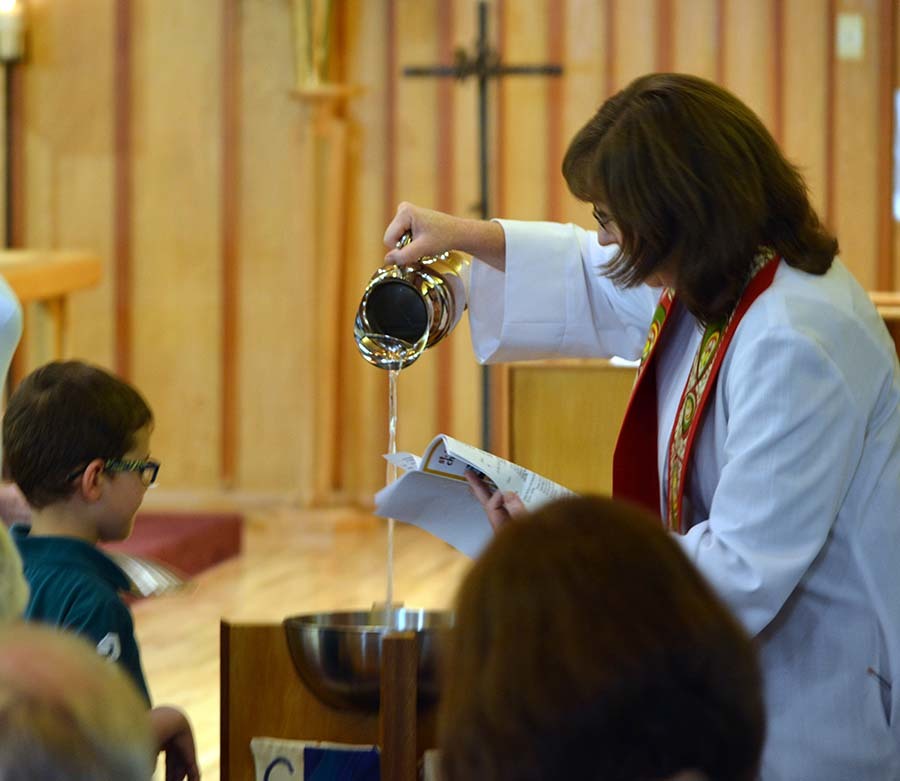 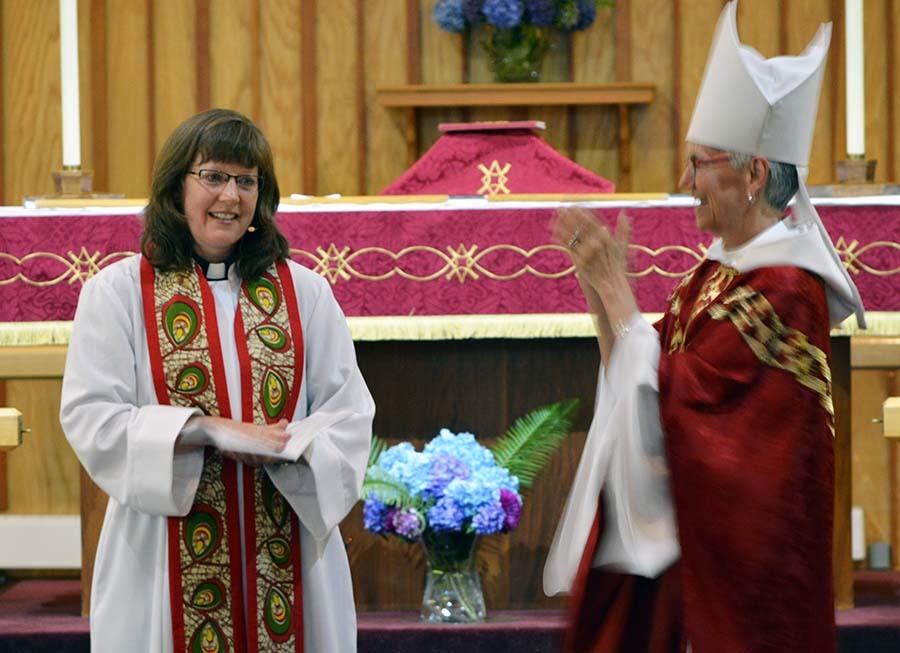 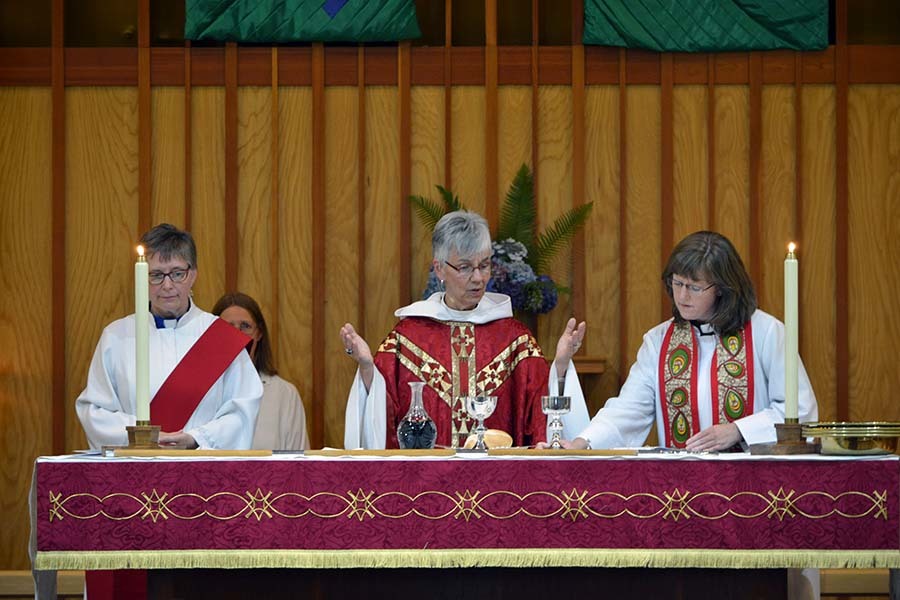 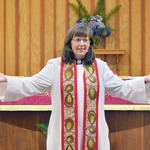 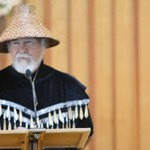 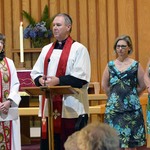 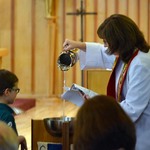 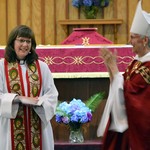 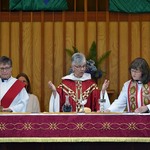 On Wednesday, July 25, 2018, the Feast of St. James the Apostle, the Reverend Dr. Sharon Smith was inducted as vicar of St. Catherine, Capilano by the Most Reverend Melissa Skelton.

The parish, situated in the North Shore neighbourhood of Edgemont Village had been in a self-evaluation phase, led by interim priests-in-charge following the departure of rector, the Reverend Christine Rowe in the spring of 2015. The Reverend Gordon Dominey was appointed interim priest-in-charge, September 1, 2015, but went on administrative leave in February 2016 and was unable to return. Despite the fact that the leadership, both ordained and lay of St. Catherine’s had worked hard in the years previous to integrate the positive outcomes of the Ministry Assessment Process (MAP) undertaken by the North Vancouver Region (Deanery), the parish was facing a definite downturn and with the priest-in-charge ministry position vacated after seven months there was real concern.

In April of 2016, then - Bishop Skelton appointed the Reverend Keith Gilbert as interim priest-in-charge  and the Reverend Sharon Salomons as Assistant Priest-in-Charge. Gilbert’s appointment was 1/2 time and Salomons’s  1/4 time. The two clergy and the parish clicked and a new optimism began to grow. Several months in, Gilbert went on medical leave and Salomon’s, balancing her other ministry and counselling duties took over the role as the primary interim-priest-in-charge, (since the appointment of Sharon Smith and due to the time lag between the appointment and the start date, a parish wag gave Sharon Salomons the sobriquet Sharon 1.0 and Smith, Sharon 2.0). With stable interim ministry in place, the work of gathering lay leaders together to form a canonical committee began, and with that group struck,  the committee, in consultation with the Archbishop, Executive Archdeacon and Archdeacon of Capilano assembled a Parish Profile in late 2017, and the ministry posting went out around the world wide Anglican Communion in January of 2018. The parish had decided that they would be able to support a priest ½ time but definitely wanted that to change to full time as soon as possible. A number of priests applied for the position, however, the person they were seeking was very close-by, the Reverend Dr. Sharon Smith.

Ordained to the transitional diaconate in June of 2017, Smith immediately began a curacy at St. Agnes’ in the Grand Boulevard neighbourhood of North Vancouver under the mentorship of St. Agnes’ rector and Archdeacon of Capilano, the Venerable Dr. Stephen Muir. Smith’s curacy was a huge success and her ministry was cherished by the congregation. She was also a much appreciated presence in the North Vancouver Region and it was not surprising that she was urged to apply for the ministry position at St. Catherine’s despite the fact that her priesting would not occur until June 23, 2018.

Her priesting did occur, and to the delight of all who know Sharon, her father, the Reverend Terry Rae, a Baptist pastor travelled from Durban, South Africa to be at his daughter's priesting. He also participated in the sacrament of ordination in the laying on of hands. Dr. Smith was appointed vicar of St. Catherine, Capilano by Archbishop Skelton effective, July 1, 2018.

Dr. Smith brings a great deal of experience to ministry. Her experience growing up in the turmoil and injustice of the apartheid system in a family that spoke out against the system and worked to end oppression. That experience along with others has prepared her for a life in ministry. She has a Masters in Theological Studies and a PhD from UBC in Rehabilitation Studies, where she explored the meaning of spirituality for people living with a diagnosis of schizophrenia. Smith continues to teach at UBC. Her previous experience includes work as the interim Executive Director of Jacob’s Well in the Downtown Eastside, leading a 4-year spirituality project for Vancouver Coastal Health, and 6 years as Founder and Executive Director of Sanctuary Mental Health Ministries.

The liturgy held at 7pm on the Feast of St. James was well-attend by lay and clergy, despite the heatwave that had enveloped the Lower Mainland and Fraser Valley .  Elder S7aplek (Bob Baker) of the Squamish Nation had been scheduled to welcome the congregation to the unceded traditional Coast Salish territory of the Squamish and Tsleil-Watuth First Nations and to offer a blessing following the Opening Hymn, "All Creatures of Our God and King". However, he was unable to attend until later and gave the blessing,  welcome, some background on the Squamish territory where the church is situated, additional information about the connections the Squamish First Nation has with First Nations in the region and a prayerful song of gathering between the reading of the Gospel and the sermon preached by the Reverend Jessica Schaap, former rector of St. Paul’s, Vancouver and now in ministry as Missioner for Christian Formation for the Diocese of New Westminster. Mother Jessica took the Gospel, Matthew 20: 20-28 for her text. Music in worship has a major role in this parish and many members of St. Catherine's Choir, under the direction of Director of Music and Organist, Siiri Rebane were present for the mid-week evening liturgy leading a broad and diverse repertoire geared toward congregational participation.

(The sermon text and a video are available here.)

Please keep the Reverend Dr. Sharon Smith and all who share in the ministry of the Parish of St. Catherine, Capilano in your prayers as they move forward in mission and ministry together working to accomplish the purpose of God’s grace in our world.