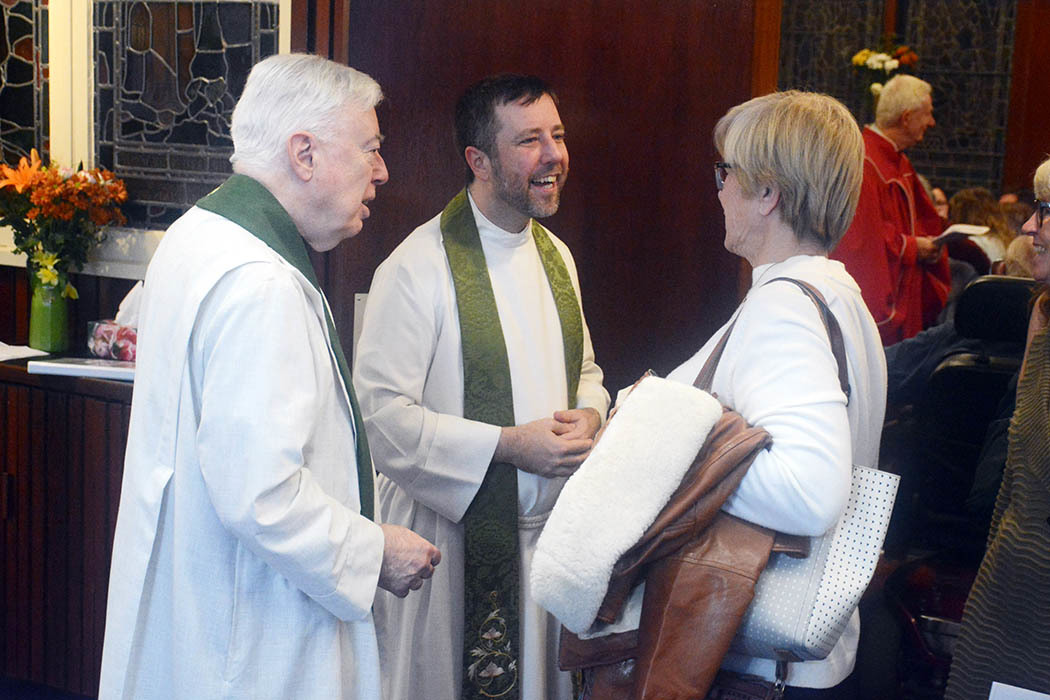 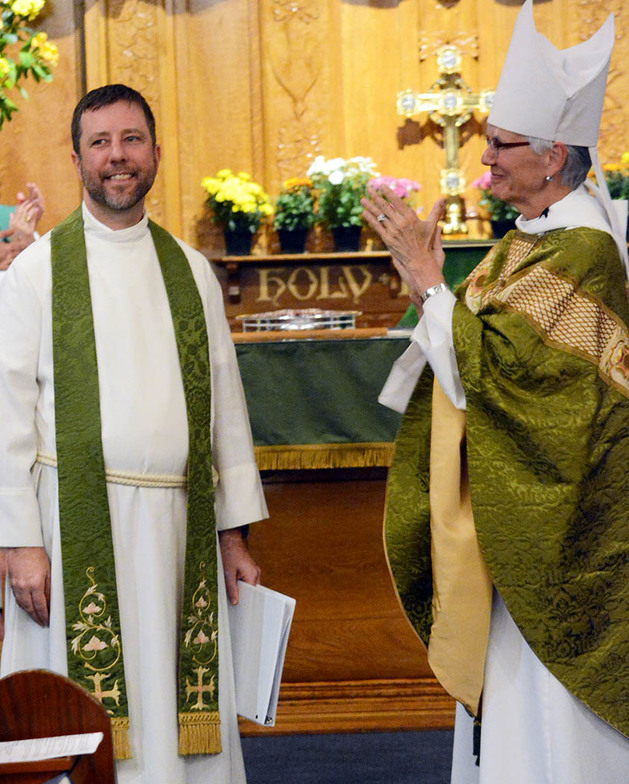 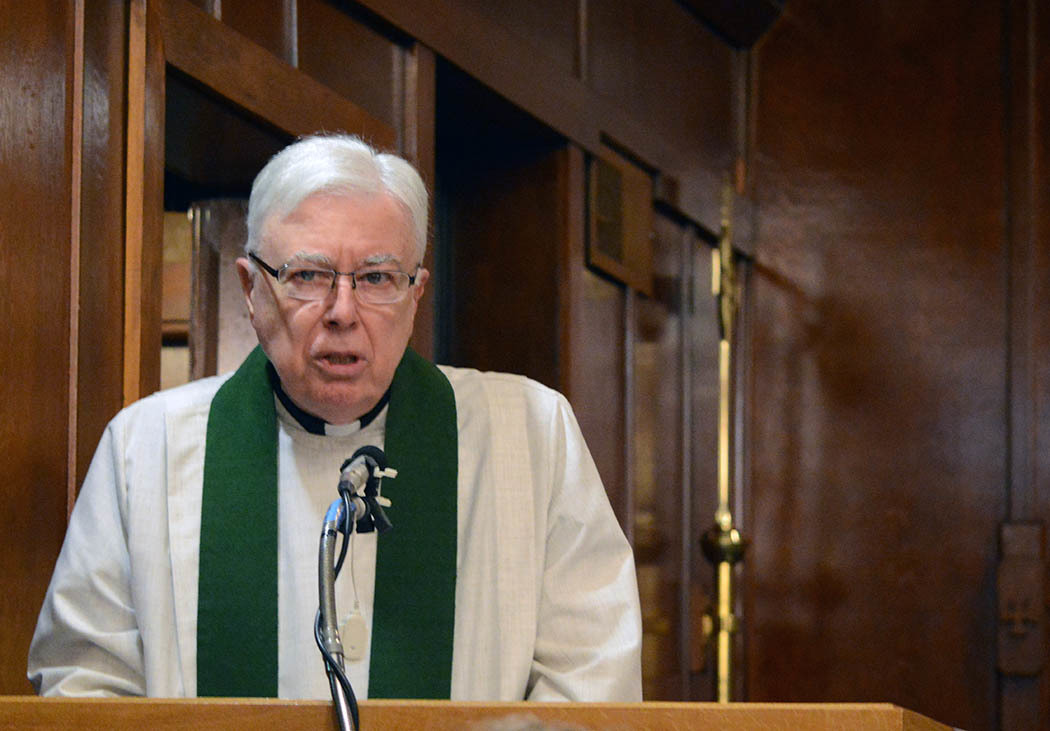 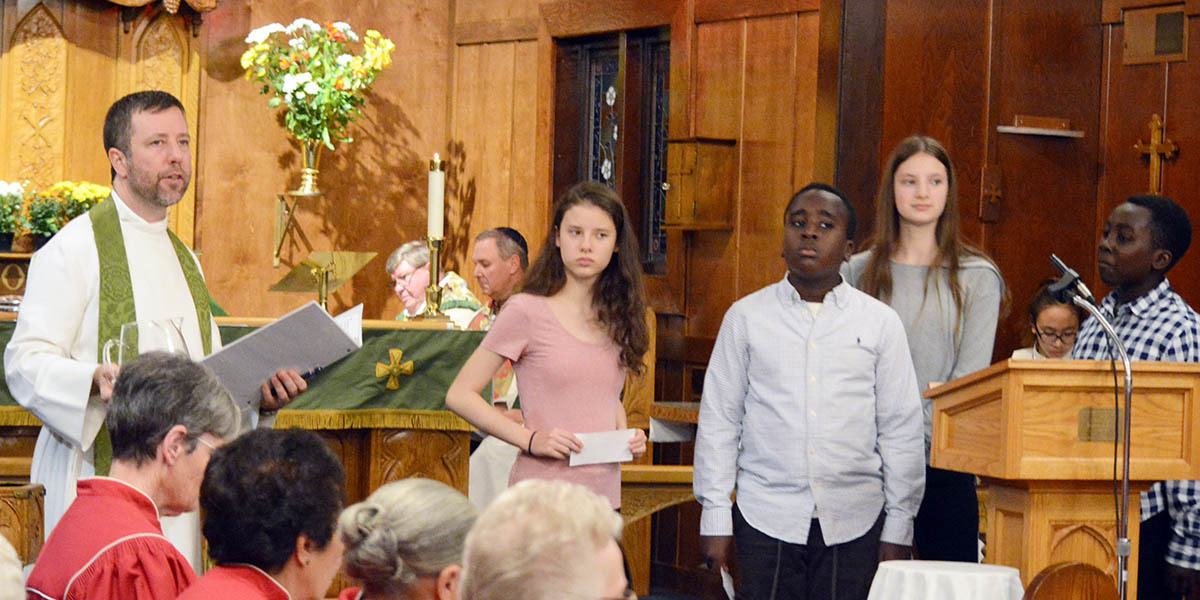 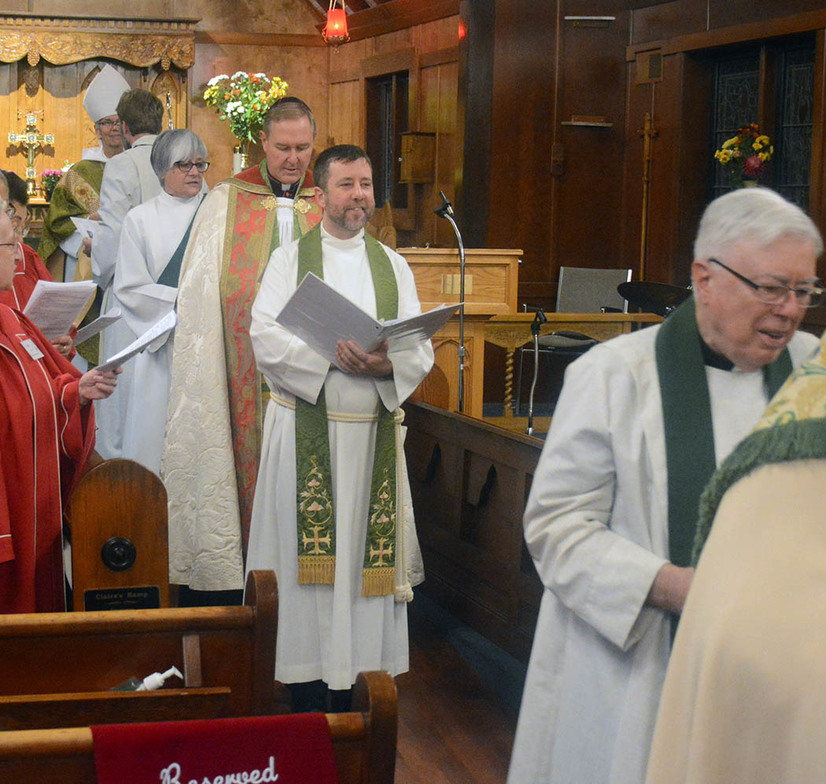 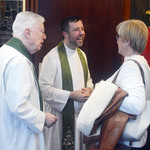 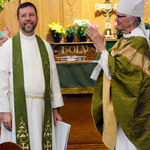 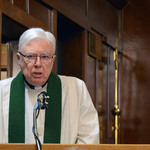 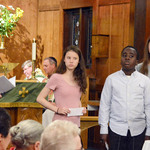 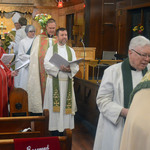 For the past 11 decades, St. Alban the Martyr church has been and continues to be a landmark situated on the corner of 19th Avenue and Canada Way, just a pitching wedge distance east of Edmonds in that part of South Burnaby where Burnaby flows into New Westminster.  On the evening of October 9, 2018. the members of the parish, visiting clergy (many from the Royal City Deanery), the new rector’s family members and others welcomed  the Reverend Dr. Gregory Jenkins as the ordained leader of their shared ministry together, a ministry which is shared with Archbishop Melissa Skelton who was also present to induct Rev. Jenkins and preside at the Eucharist.

A parish community is often compared to a “family” and nowhere is this more apparent than at St. Alban’s, Burnaby. The family feeling was certainly present in this liturgy with folks from different age groups participating in the worship and Greg’s father, the Reverend Ray Jenkins making the journey from Ontario to preach at his son’s induction.

The Reverend Dr. Greg Jenkins was born in Sarnia, Ontario. No surprise, as the son of an Anglican priest,  grew up in the Anglican Church, being confirmed at St. George's in Sarnia (now All Saints’).  Greg received his call to ministry in his first year of University.  He graduated with his Bachelor of Arts degree in 1995, his Master of Divinity in 1998, and his PhD in 2018.  Greg was ordained as a deacon and then as a priest in 1998. His first placement was a two-point parish in St. James', Hanover and Trinity, Durham Ontario. From there he moved to Cambridge, Ontario to begin as Rector of Trinity in 2010. Greg was Treasurer, then Regional Dean, and then Archdeacon of the Deanery of Waterloo.

In his homily, Rev. Jenkins mentioned a couple of times that he "might be somewhat biased” when it comes to Greg’s gifts but regardless he sees Greg as a qualified “bearer of the Good News.” He went on to say that Greg’s preaching usually adheres to the “Anglican option” of 8-12 minutes. He is “thoughtful, passionate and creative…his work respects our Christian heritage…his focus is on bringing people to God and more than that, to know God.” Family is very important and get-togethers of the Jenkins clan usually number around 30.

The Celebration of a New Ministry Eucharist was well attended. The nave was near capacity and the chancel entrance area in front of the crossing was full of vested clergy and choristers, including former priest-in-charge the Reverend Craig Tanksley, currently rector of St. Mark’s in the South Surrey/White Rock neighbourhood of Ocean Park. This was also the first induction in the Archdeaconry of Westminster since the appointment of the Venerable Dr. Richard Leggett, vicar of Holy Trinity Cathedral who had just a few days earlier succeeded the Reverend Elizabeth Northcott.

There were many great moments in the liturgy but one that stands out was during the procession and the singing of the Closing Hymn “Will You Come and Follow Me”, as the new rector moved from the chancel in his place in front of the executive archdeacon and the deacon of the word and table he slowed down, smiled and paused, allowing the three wardens seated in the first pew on the nave’s west side; Marilyn Chambers, Deirdre Thornton and Susan Allen to file out in front of him and join the procession.

Please keep the Parish of St. Alban the Martyr, the new rector and his family in your prayers as they begin this new phase of ministry together.

More photos and captions are available by following this link and viewing a photo album at Anglican Conversation, the Facebook page of the Diocese of New Westminster