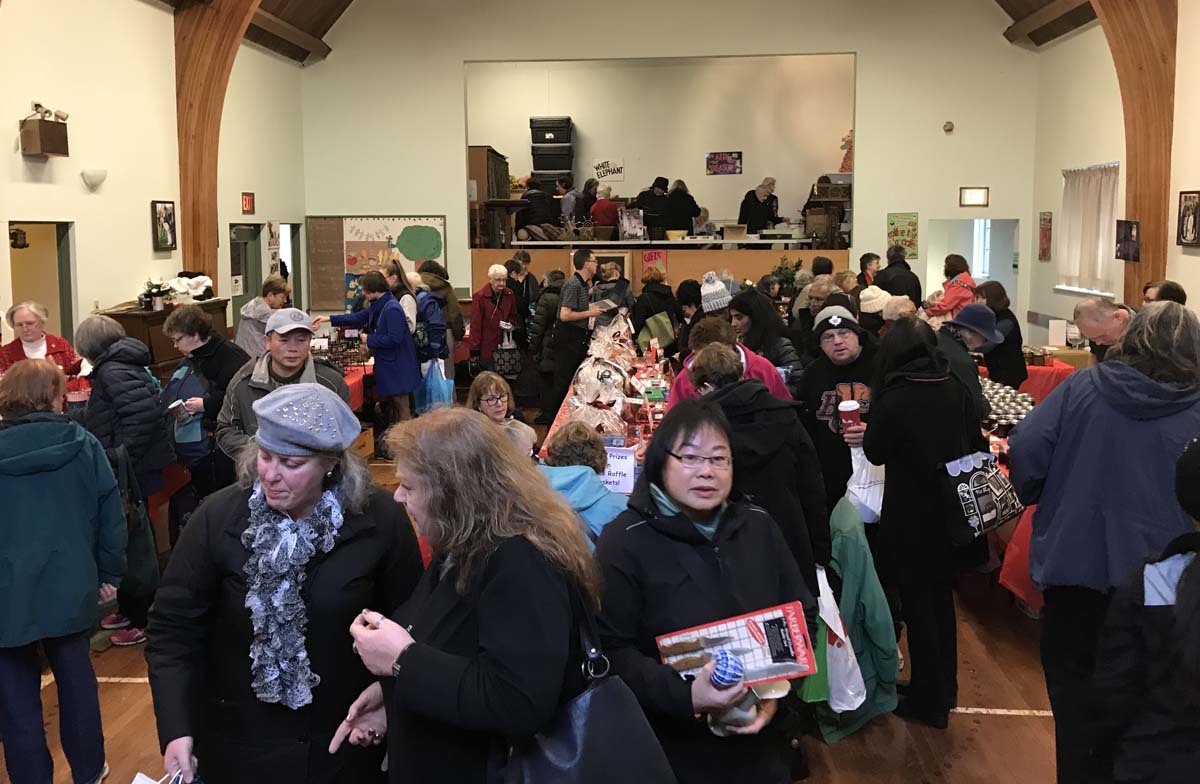 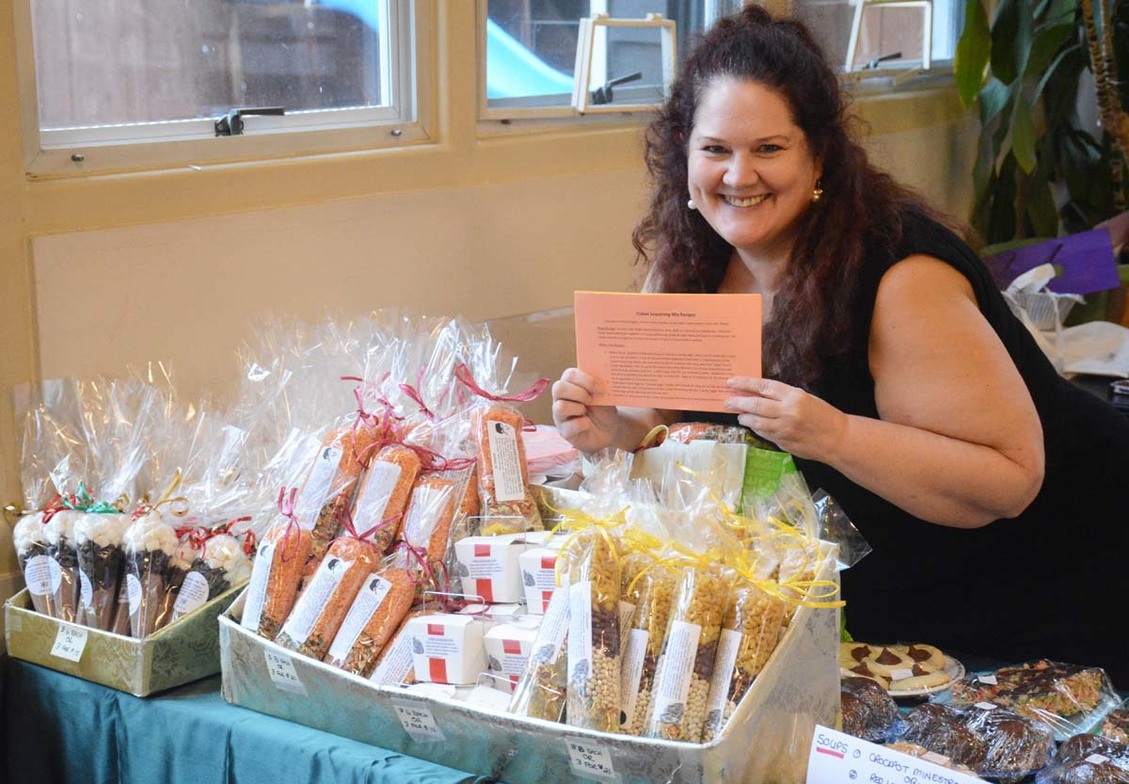 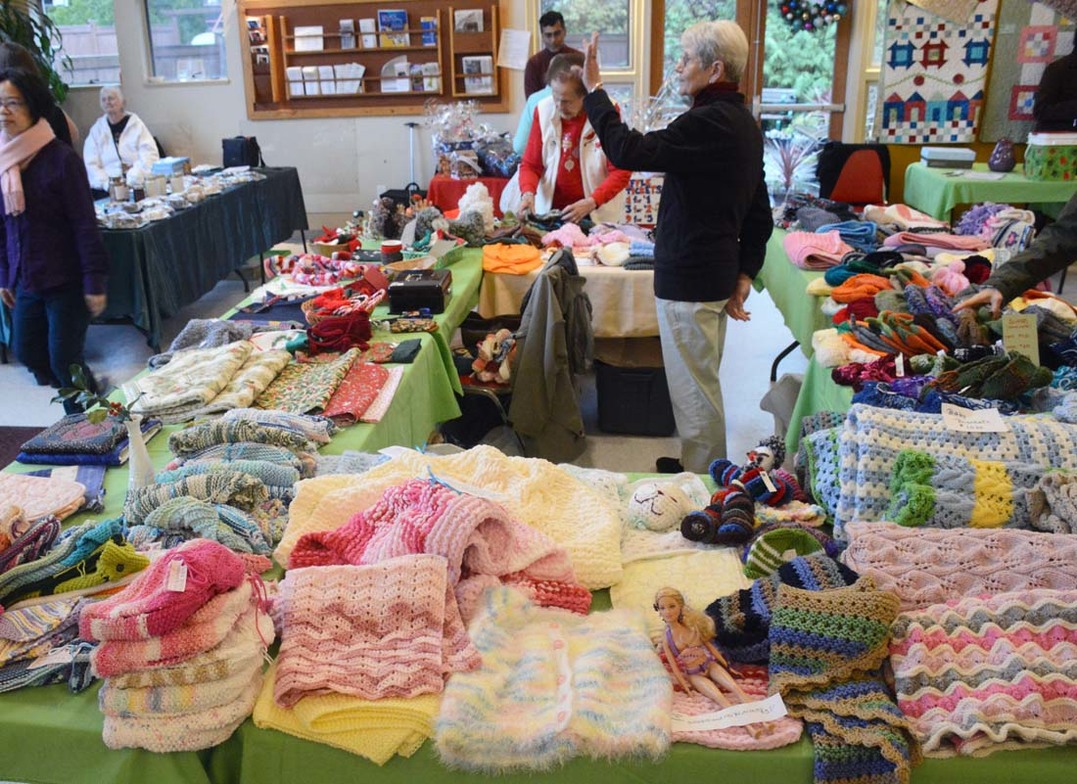 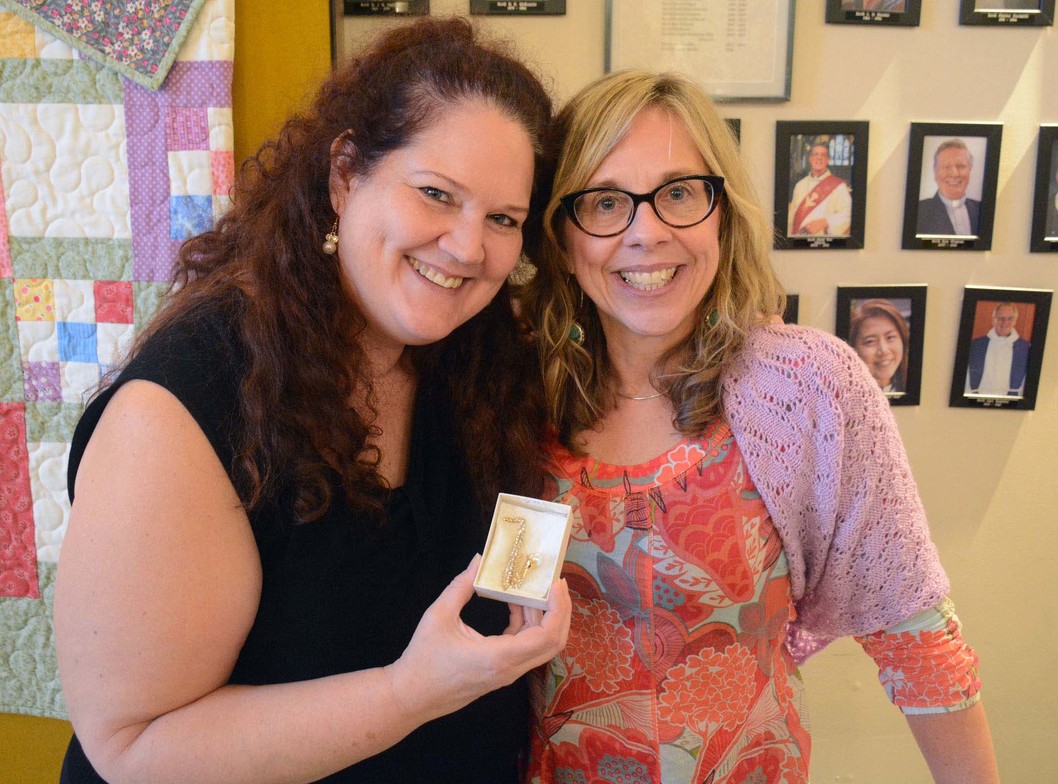 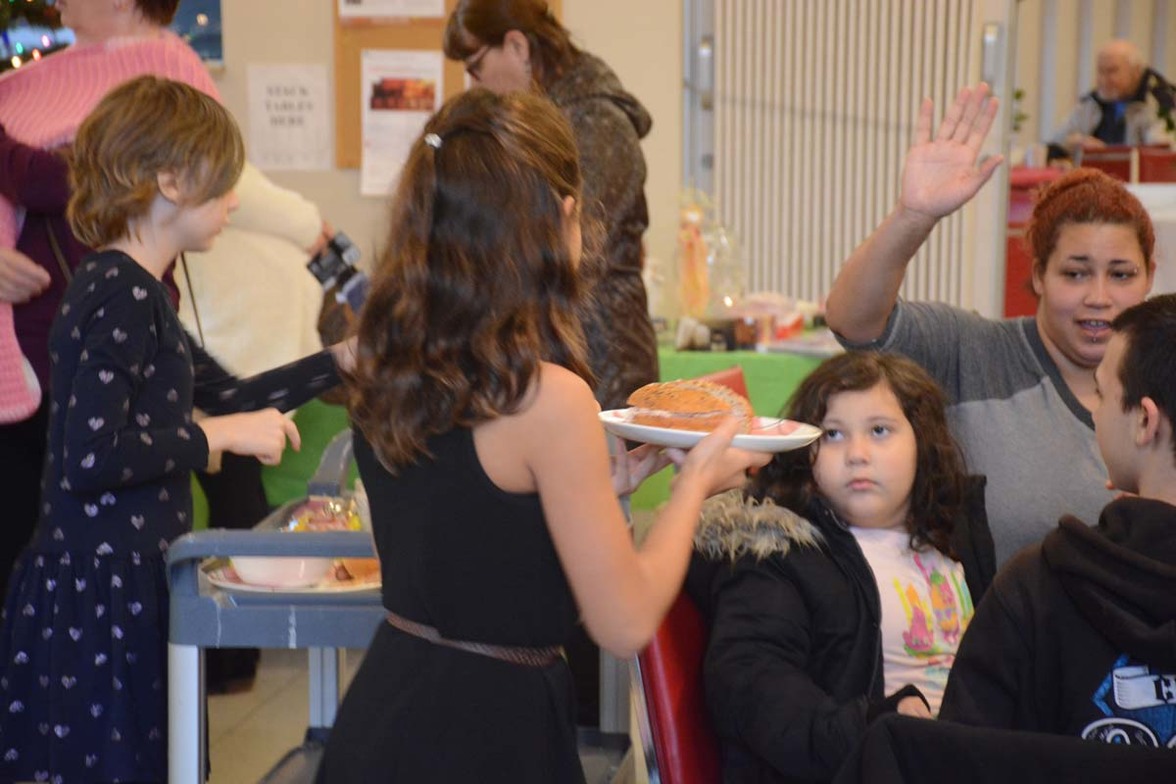 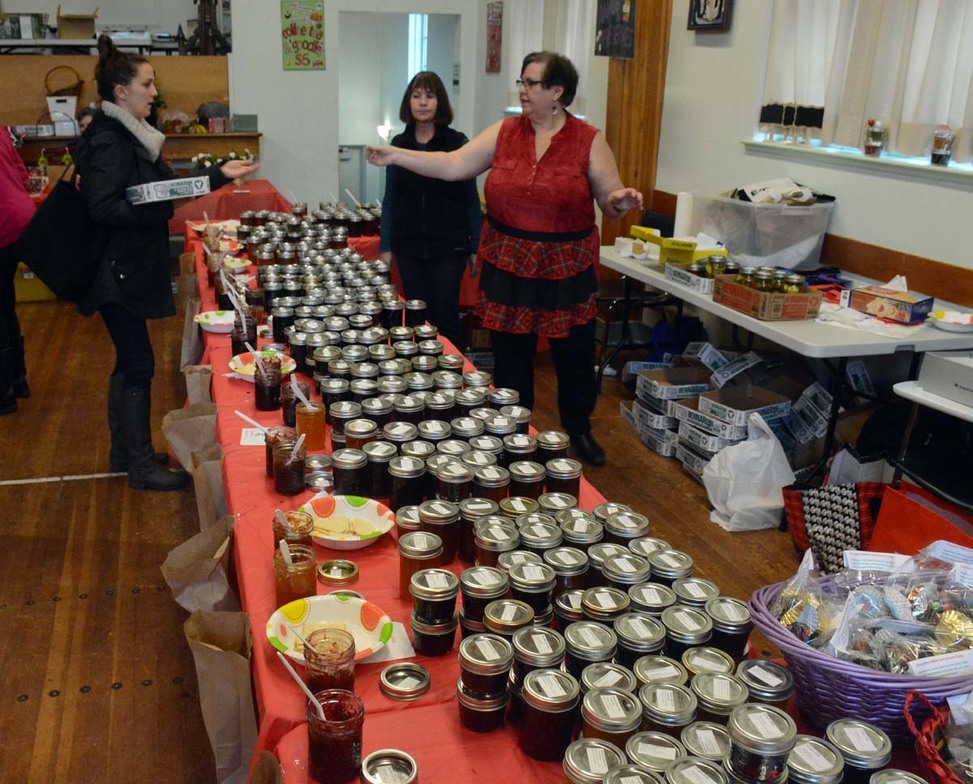 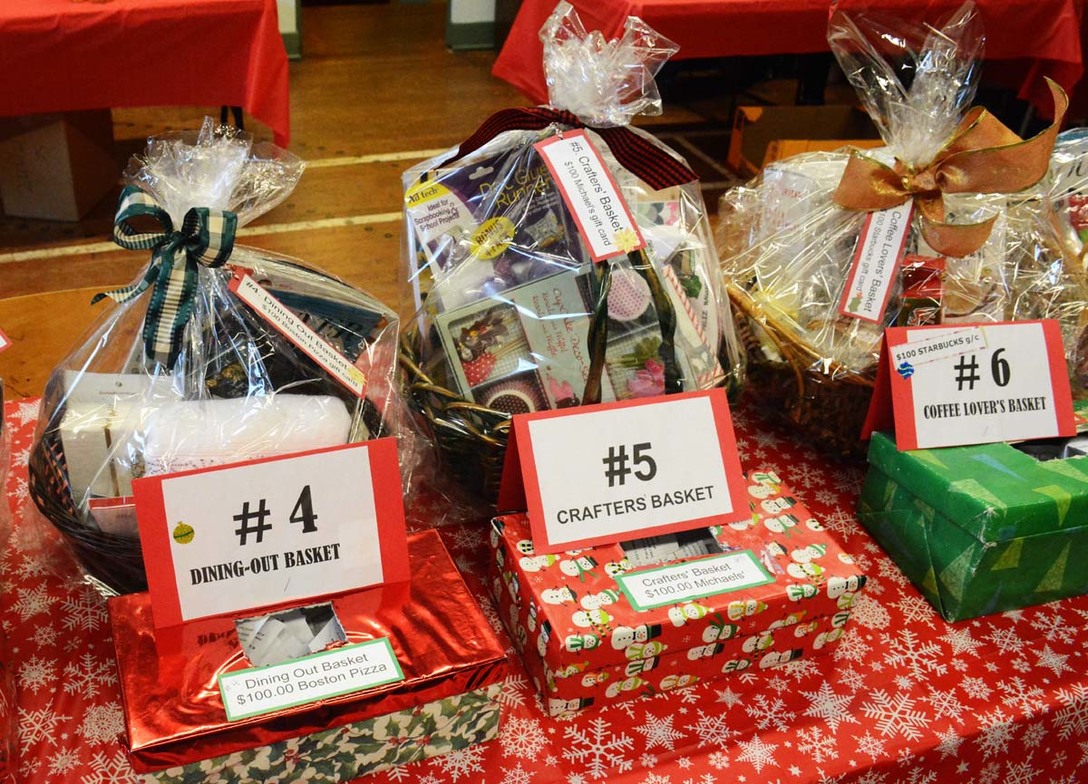 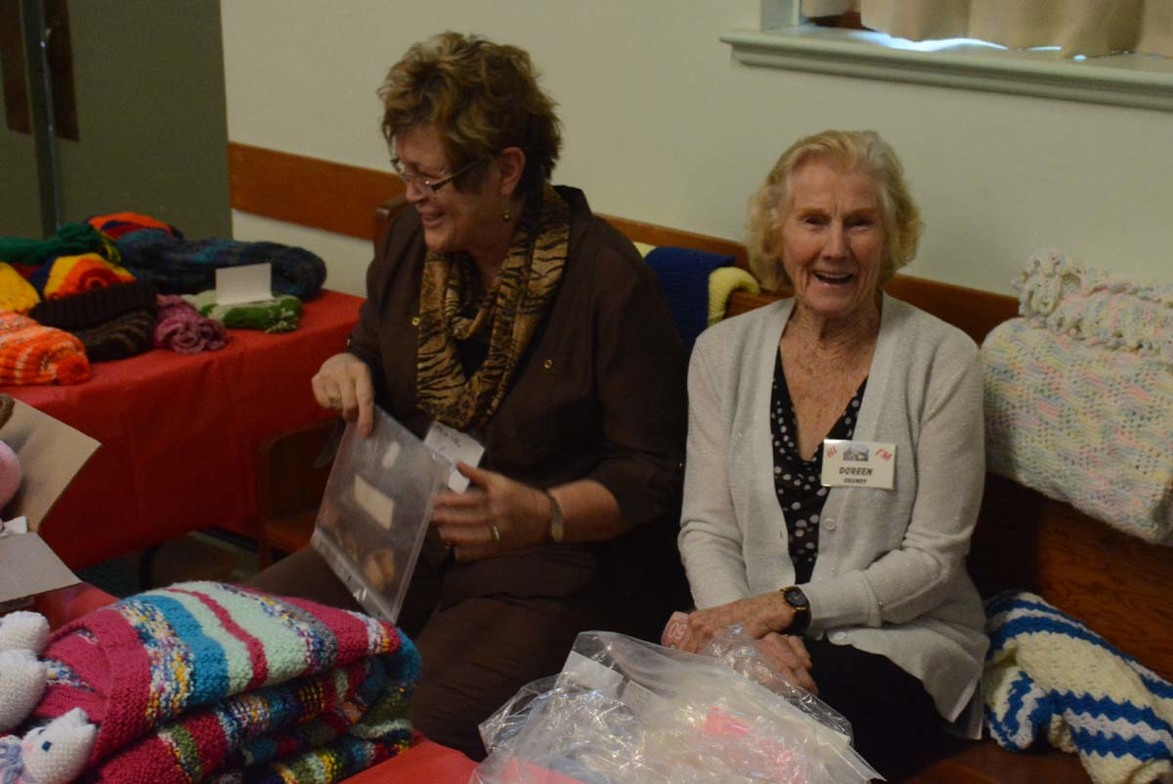 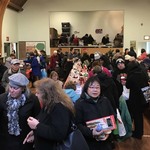 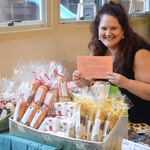 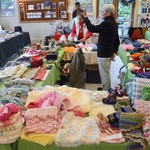 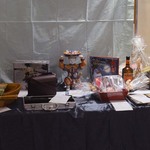 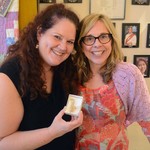 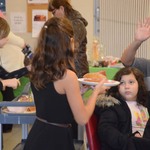 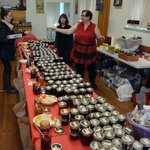 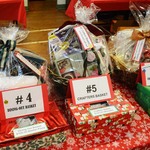 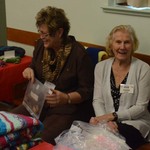 There are a number of things that Anglican Church communities do really well and one of those is organizing and presenting fall bazaars.

The day before the first Sunday of Advent, 2017, which was Saturday, December 2, there were approximately a dozen church bazaars/fall fairs/craft sales/teas, taking place around the Diocese of New Westminster. Two of those were St. Stephen the Martyr, Burquitlam and St. Thomas, Collingwood. Both of these parishes have well deserved reputations for staging high quality fundraising sales.

St. Stephen’s, located directly north of the Cameron Street entrance to the Lougheed Mall have been without a rector for a number of years. That does not mean that they have been without ordained leadership. Far from it, the parish has been served by committed and engaged interim priests. The parish is solid and the lay leadership is dedicated and competent. They have recently posted (for “the first time of asking”) a call for a new rector and hope to be into the interview phase early in 2018.St. Stephens's are blessed with a spacious, bright and welcoming parish hall with a good sized kitchen on the west side and plenty of parking to the south. All of these features are components compatible with producing a successful bazaar.

Janet Pavlakovic, ODNW has been the principal organizer of the Fall Fair at St. Stephen’s since 2004, and under her direction the event has thrived. Janet and a group of approximately 20 volunteers stage an event that is participated in not only by the parish but by the surrounding neighbourhood. The Fall Fair consists only of in-house sales tables and all the proceeds are directed to the mission and ministry of the parish. Everything that is sold at the Fair is donated and all of the packaging is done by the volunteer team. Warden, Colleen Butterley, ODNW spends hours assembling gift packages of soup ingredients and spice blends. There are also: themed gift baskets priced very reasonably at $20, silent auction items, hand knit goods, a quilt raffle and a number of tables offering gently pre-owned items. The kitchen does a brisk trade offering a limited but quality menu of Potato/Cheddar soup paired with hot dogs or “tuna on a bun.” Colleen reported that the Fall Fair usually nets in the area of $4-5,000.

St. Thomas’, located in East Vancouver’s Collingwood region is a true neighbourhood church and has served that community since the early part of the 20th Century. The parish’s annual Christmas Bazaar and Craft Fair is a much-anticipated event.

Parishioner, John Green who was undertaking the parking and accessibility duties reported that by 9:30am there was a growing line-up of folks waiting to access the building for the 10am opening. Once the doors opened the hall filled up quickly with shoppers checking out the more than a dozen tables selling high quality home crafted items and used merchandise. The parish hall stage was the area where the “new to you” tables were set-up and a separate room to the east of the stage was set up to sell books, custom Christmas cards and some original art. To the west of the stage is a set of stairs that leads down to the lower level and that is where the food and drink concession was located.

Like the St. Stephen’s fair the vendors were all in-house and all the merchandise donated. Goods included: knitting, jewelry, crafts, and in the centre a large table with themed baskets being offered as prizes for those who try their luck purchasing raffle tickets. What set this fair apart was the large homemade jams and jellies section that occupied most of the west side of the building. St. Thomas’ parish leaders, Susan Chortyk, ODNW and Cheryl Tobias prepare approximately 2000 jars of jam for sale at the fair. Susan’s sister, Lorie Chortyk who is a former communications officer and Topic editor for the Diocese of New Westminster, and shares a home with Susan contributes to the jam sales by accomodating the storage of the jams and jellies in their shared garage.

Similar to most of the fall fairs in the diocese, the proceeds netted from the St. Thomas’s fair will be directed toward the mission and ministry of the parish. There was however, an information table and an opportunity to give a gift to the St. Thomas’ accessibility project. The parish is working toward a major renovation of the hall, which will include alterations to the building and some additions, including an elevator. The goal is to make the facility more accessibility and of more benefit to user groups and to people in the neighbourhood. This parish of approximately 60 regular congregants conducted a capital campaign in the past year which produced 458,000 dollars pledged toward the project. According to Susan Chortyk, the Christmas Bazaar and Craft Fair nets approximately $10,000.

More information about the St. Thomas accessibility project will be communicated through the diocesan communications vehicles as it becomes available.