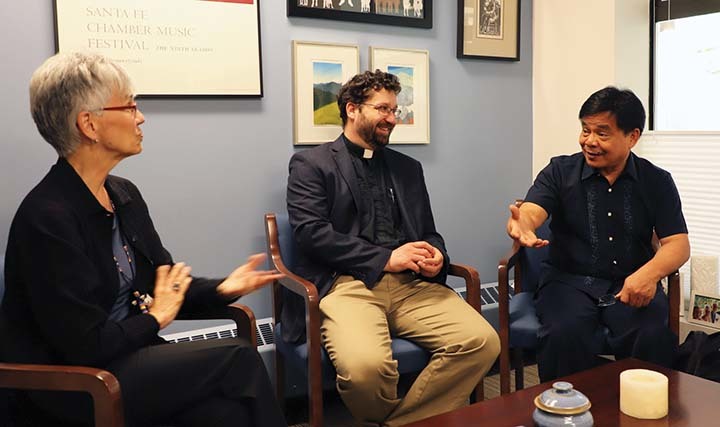 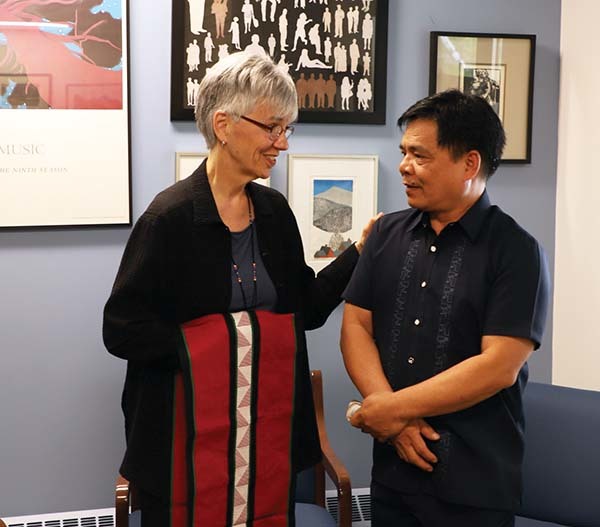 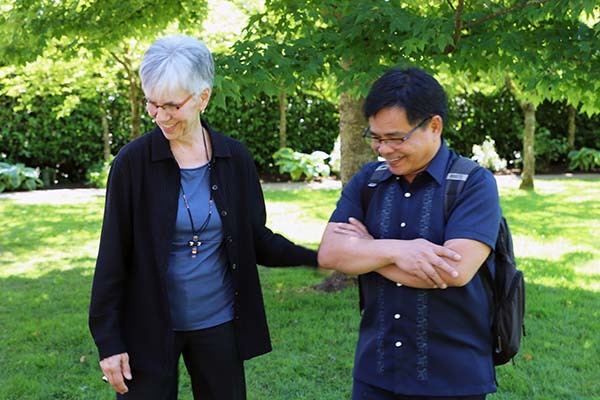 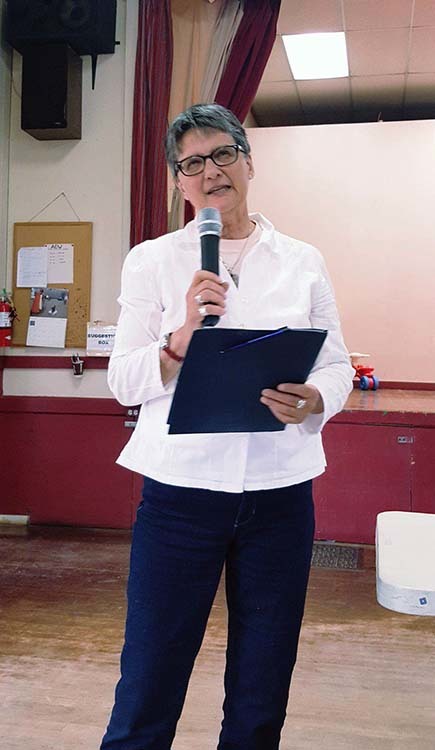 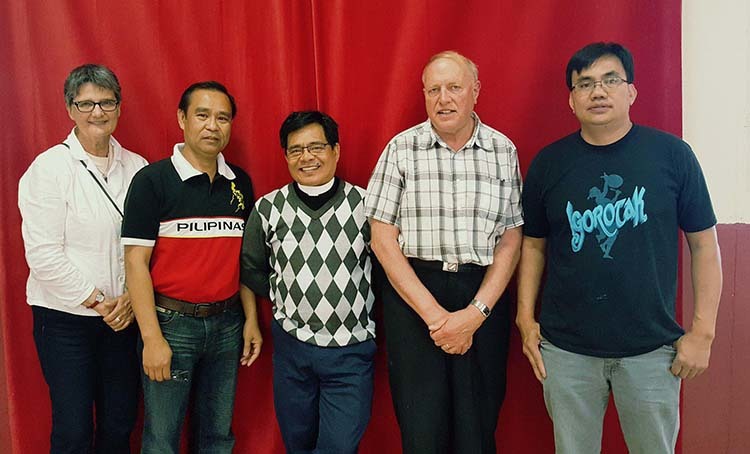 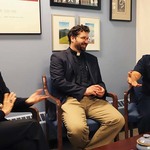 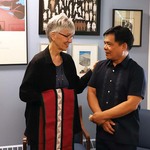 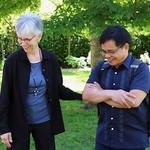 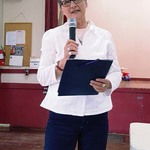 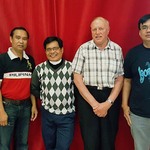 On May 25, 2018, Archbishop Melissa Skelton and Synod Staff welcomed some visitors to 1410 Nanton Avenue. The purpose of the visit was to afford Archbishop Skelton the opportunity of meeting the Bishop Coadjutor-elect of the Episcopal Diocese of Central Philippines, the Reverend Rex Resurreccion B. Reyes, Jr (Fr. Rex RB Reyes aka Padi Rex).

Born in Sagada. Mountain Province, a member of the Igorot tribe of the Cordilleras in Norther Luzon, Padi Rex was ordained a priest in 1989 and has and continues to have a very busy ministry primarily in governance and oversight.  According to his bio:

“He holds the distinction of being the first indigenous person to be elected as General Secretary of the National Council of Churches in the Philippines in 2007, and was re-elected at the 2011 and 2015 General Conventions… He is also currently a member of the World Council of Churches Central Committee where he is elected to serve from 2013-2021 and is set to sit as a member of the Executive Committee beginning this year until the completion of his term in 2021.”

Padi Rex’s bio and CV are available for downloading below.

The focus of the meeting was to hear Padi Rex speak about issues facing the Philippines and ways that the Diocese of New Westminster can respond as part of the growing Companion Diocese relationship with the Episcopal Diocese of Northern Philippines (EDNP). This meeting was by way of introduction and there will definitely be continuing communications generating more information about this in the future as Padi Rex and the leaders in our diocese follow up. He enthusiastically supported the value of our diocesan parishes building relationships with their partner parishes in EDNP.

One of the principal purposes of his visit to Vancouver was to be the featured speaker at an event the evening of May 25 at St. Michael’s Multicultural Anglican Church. The event was titled “In Defence of Human Rights in the Philippines: the human rights situation in the Philippines under the presidency of Rodrigo Duterte.”

At 7pm after a potluck dinner and some fellowship time, Padi Rex spoke to a gathering of about 50. During his presentation he called for a deeper relationships of Canadians and particularly churches in solidarity in human rights, and ecological and justice concerns for the Philippines.

In speaking of our need…our call to be involved in the real issues of the Philippines, Padi Rex quoted Ephesians 6:12,

(Written with files from Margaret Marquardt)