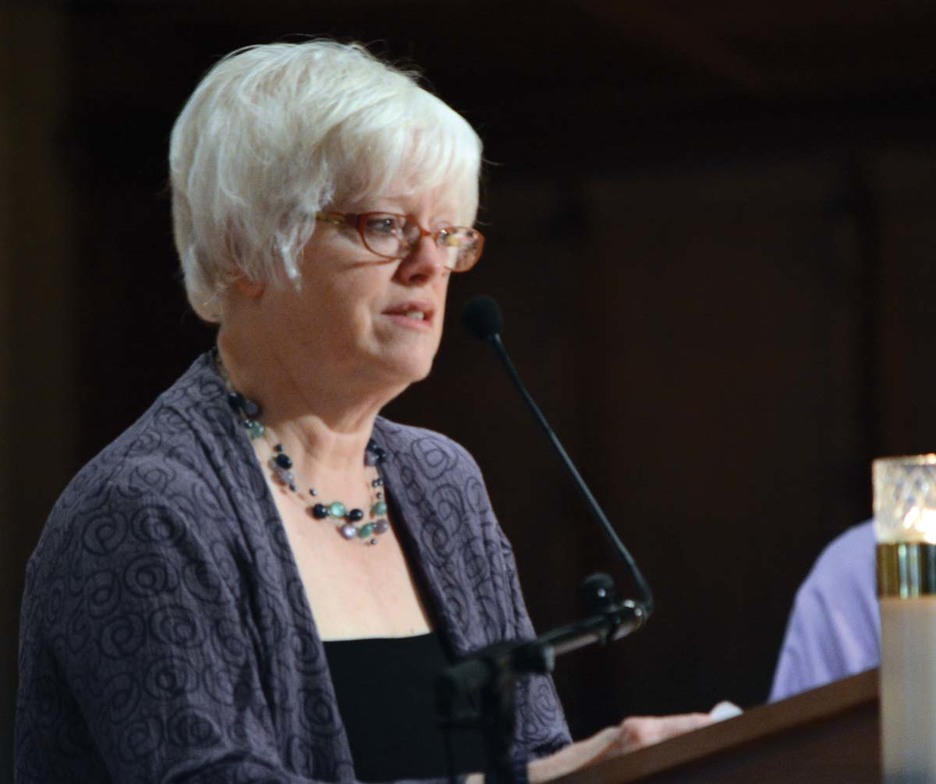 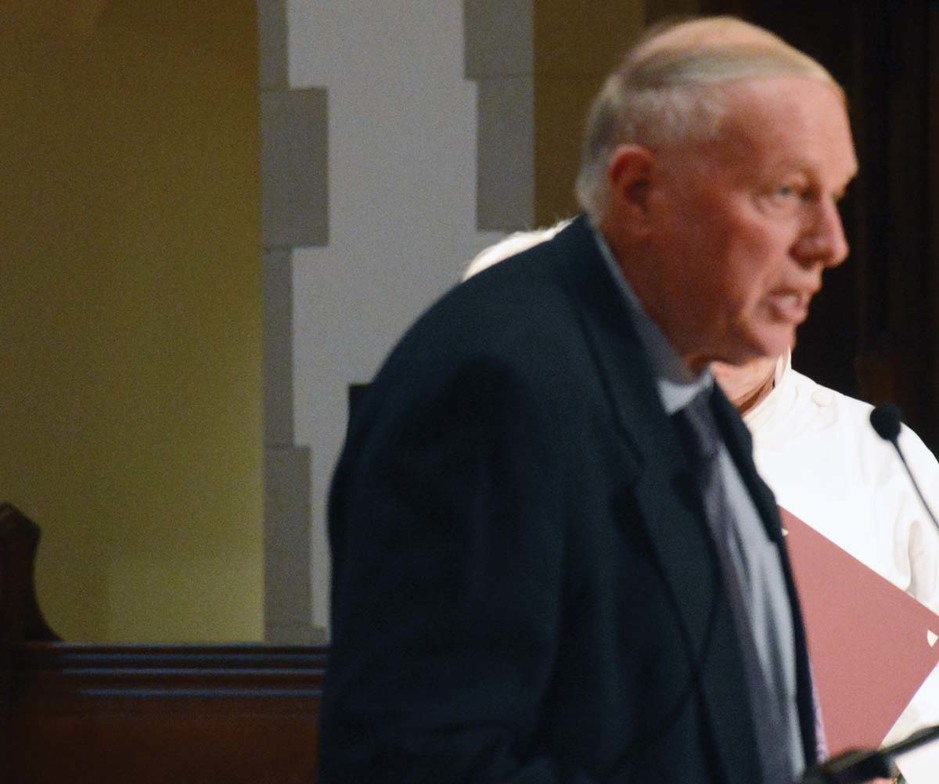 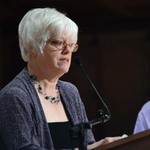 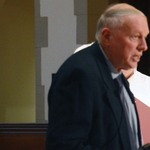 On February 18, LENT I prior to The Peace being exchanged at the 10:30 am Eucharist at Christ Church Cathedral (CCC) retired PWRDF Executive Director, Adele Finney and current diocesan PWRDF Unit Chair, Peter Goodwin, ODNW were presented with citations by Bishop Melissa Skelton making them lifetime Honorary Associates of Primates World Relief and Development Fund (PWRDF).

Dean and rector of CCC, the Very Reverend Peter Elliott read the citations and presented the two new Honorary Associates to Bishop Skelton and the congregation gathered that morning.

Each year PWRDF seeks nominations from dioceses for both new board members and honorary associates, the latter being for individuals who have served as ambassadors for and made a notable contribution to PWRDF over a long period of time in varying capacities as staff or volunteers.

Adele Finney retired in 2016 following 5 ½ years as ED of the Canadian Anglican agency for emergency relief, refugees, development and justice. In retirement Adele has made the Vancouver area her home and is now a parishioner at Christ Church Cathedral. In addition to her staff position as ED Adele was involved in PWRDF at a number of levels and in a number of roles for many years.

Peter Goodwin a parishioner at St. James’ was invested into the Order of the Diocese of New Westminster in 2015 and is being recognized by PWRDF for his 12 years as chair of the diocesan PWRDF Unit and for his role in undertaking such international PWRDF initiatives as fundraising for the Cuban Greenhouses project in 2016.

Adele and Peter were nominated for this honour last year by Denise Hambidge, a long standing member of the diocesan unit and former president of the PWRDF board. Peter Goodwin remarked, “it was a tremendous honour for me to be nominated and then to have the nomination accepted at the PWRDF AGM last year. I received a letter informing and congratulating me from Lillian Newbury of the PWRDF Board.”

The certificates (citations) are presented by the diocesan bishop at a time of their choosing and are signed by the executive director and president of the board. Will Postma the current PWRDF ED had initially hoped that the presentation would take place during his visit to our diocese last October, however, Bishop Skeltona was attending the House of Bishops meeting in Niagara at the time. The bishop’s scheduled episcopal visit to CCC was later determined t to be a suitable occasion for making the presentations as both Adele and Peter could be present.

Both recipients offered a few heartfelt words about receiving the honour, sharing with the CCC congregation the importance that their involvement with PWRDF has brought and still brings to their lives.