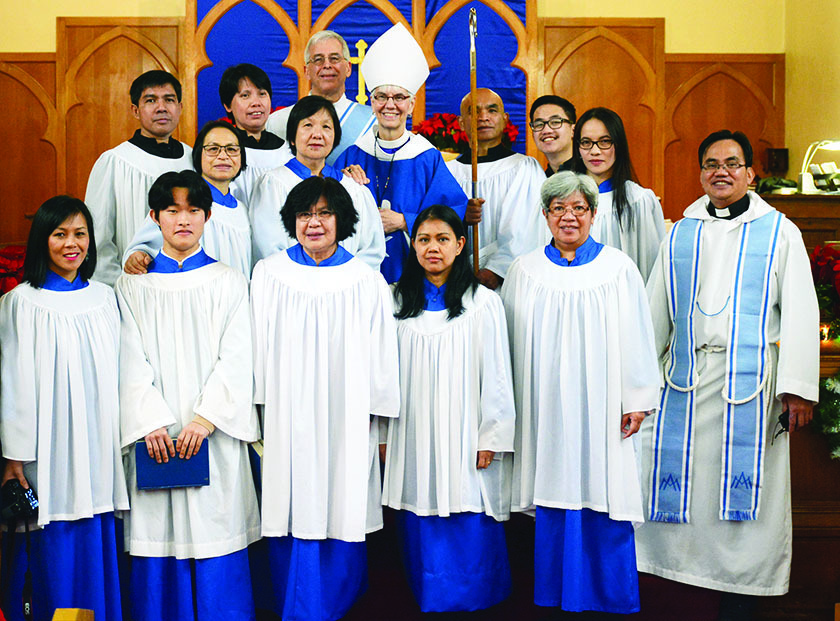 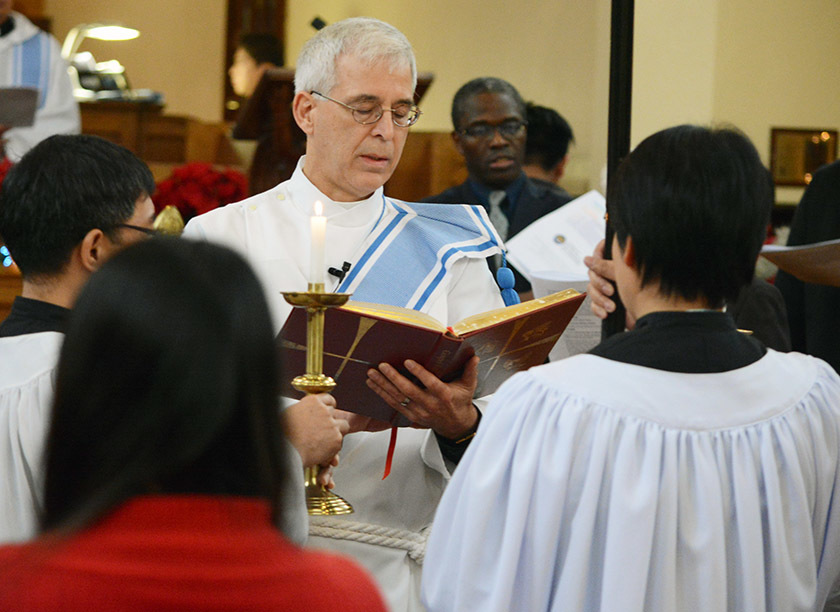 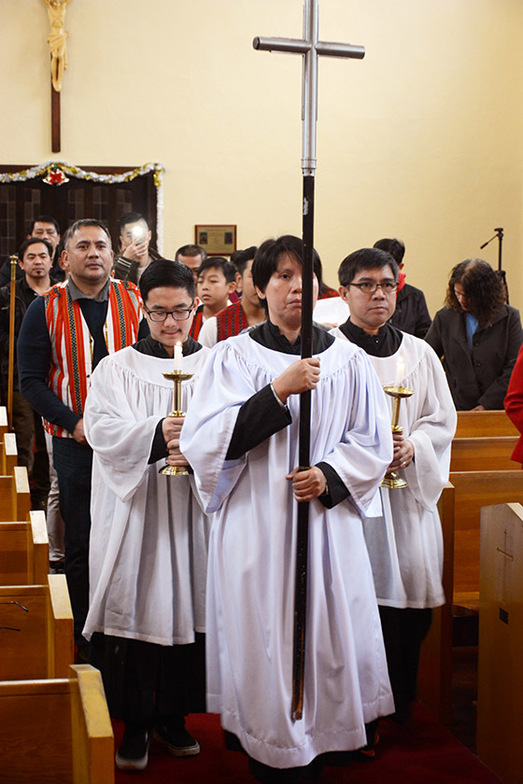 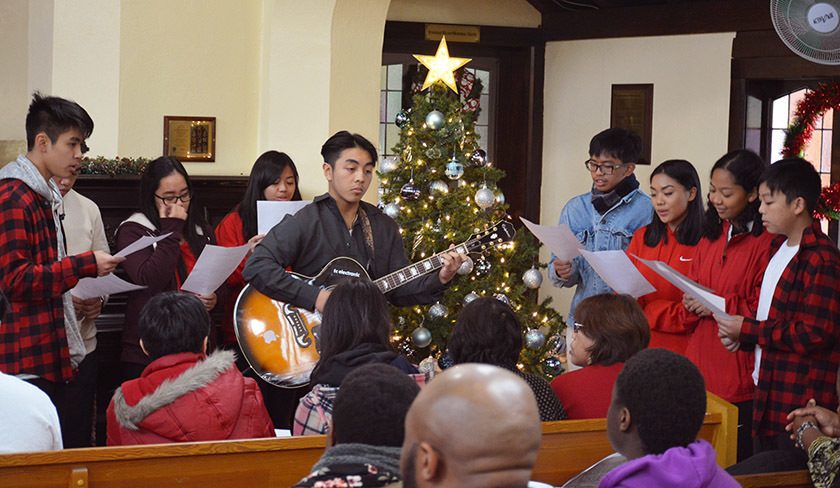 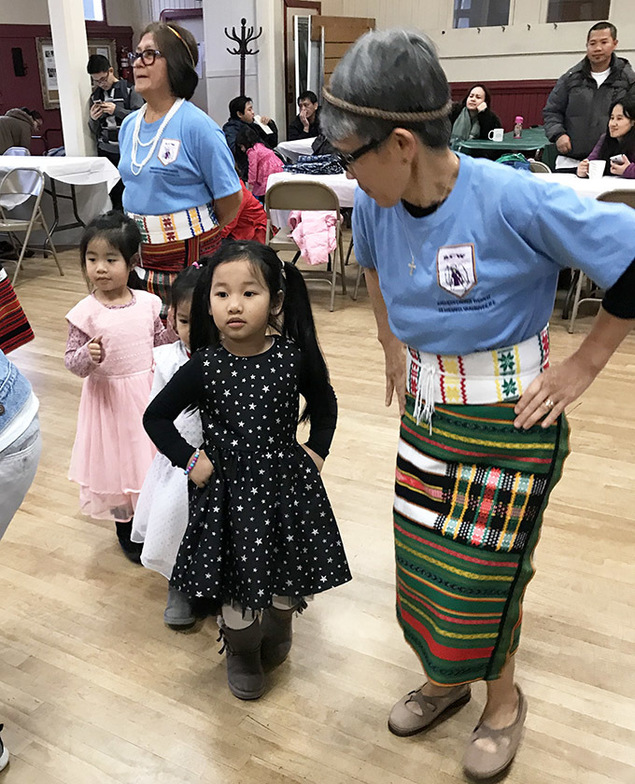 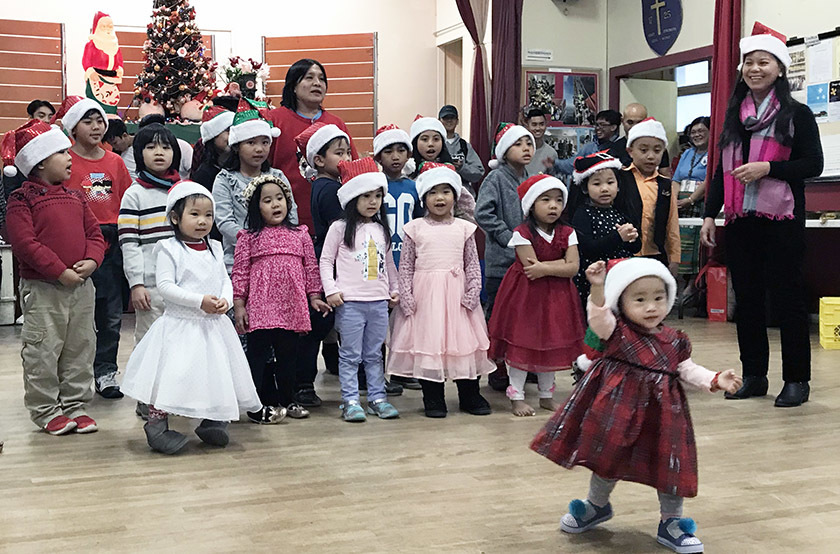 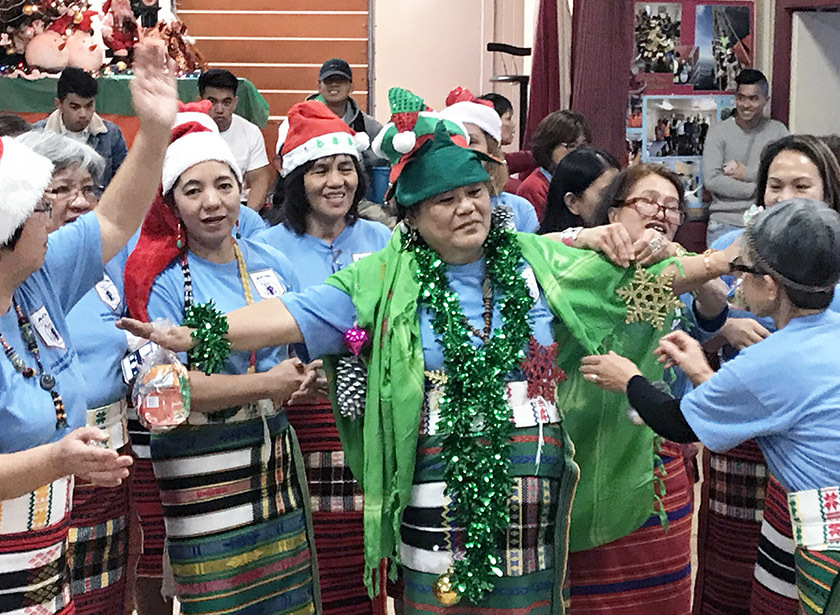 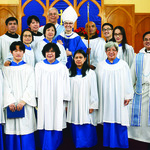 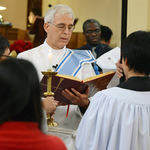 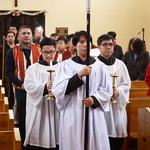 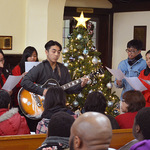 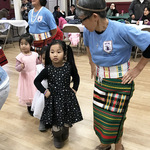 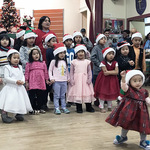 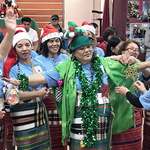 Under the ordained leadership of vicar, the Reverend Wilmer Toyoken; deacon, the Reverend Eric Stroo and a committed and involved group of parish officers and leaders, “St. Mike’s” is one of the fastest growing parishes in the Diocese of New Westminster and certainly boasts the if not the largest number of children and youth, certainly one of the largest cohorts of young people.

On Advent IV the focus was very much on Mary the Mother of God with the Gospel reading for the liturgy, Luke 1: 39-55, the Scriptures that contains the Magnificat, the Song of Mary.  Archbishop Skelton took the Gospel for her text and made reference to her Christmas message on the front page of the December issue of Topic the monthly publication of the Diocese of New Westminster.

(Here is a link to a video of the Archbishop's sermon and to the Christmas message posted in the news pages on this website.)

At the conclusion of the Offertory some of the men of the parish in traditional dress joined the procession of the gifts to the altar accompanying and enlivening the procession with Filipino gongs (gangsa). During Holy Communion, youth of the parish formed in a group at the front of the nave on the south side and sang a medley of Christmas songs. Following the Dismissal there was an active period of posing for photographs with various groups joining the clergy of the parish and Archbishop Skelton on the chancel steps.

Worship and posing for photos was followed by a joyful potluck luncheon participated in by the majority of the congregation. Following the meal there were a number of intergenerational performances featuring singing and dancing and the members of St. Mike’s ACW chapter decorating one of their members like a Christmas tree.

The Procession of the Gifts with gangsa

The choir leads the Communion Hymn “Shepherd of Soul”

A song is offered by the youngest members of the parish

A member of the ACW gets decorated.