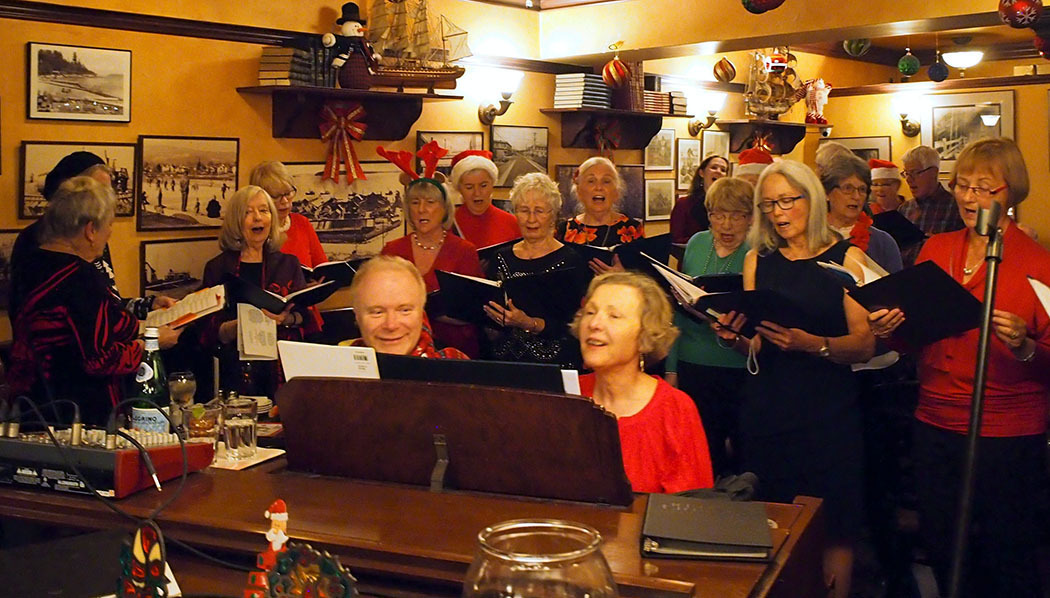 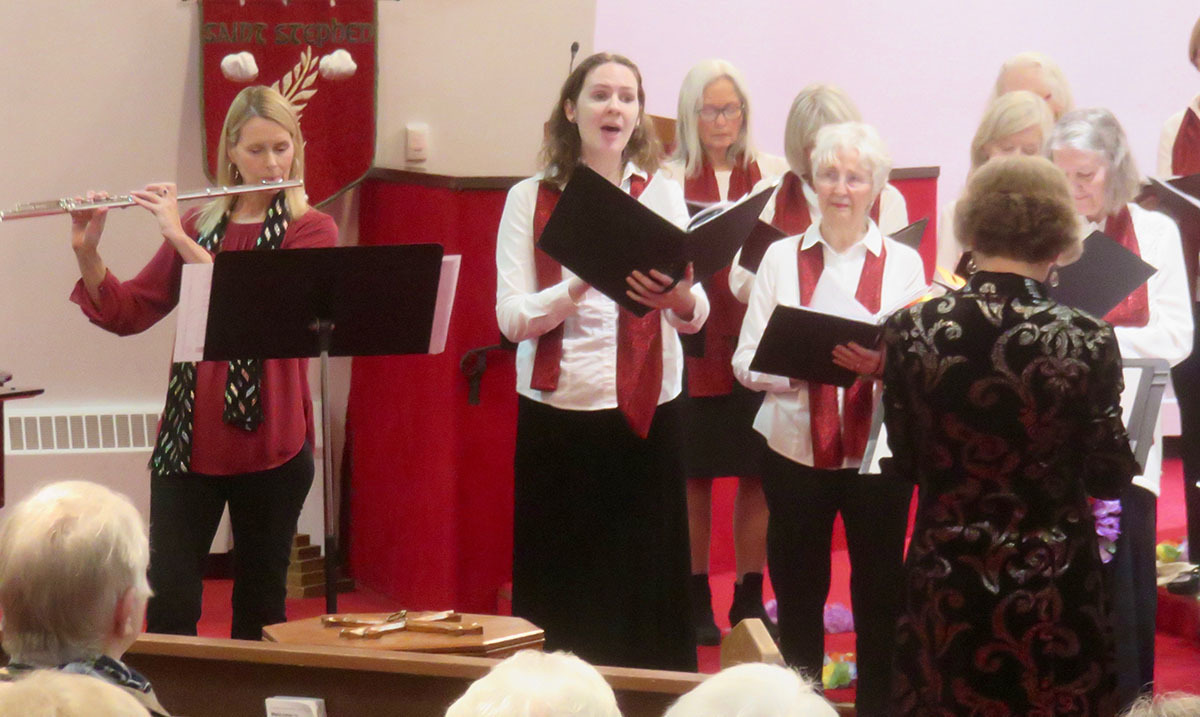 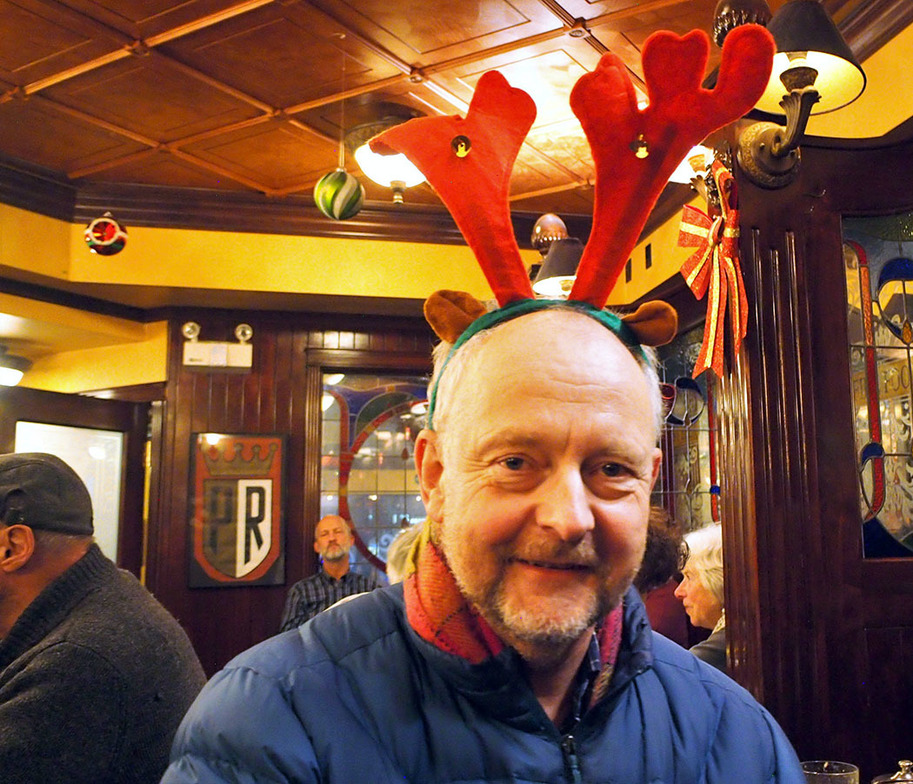 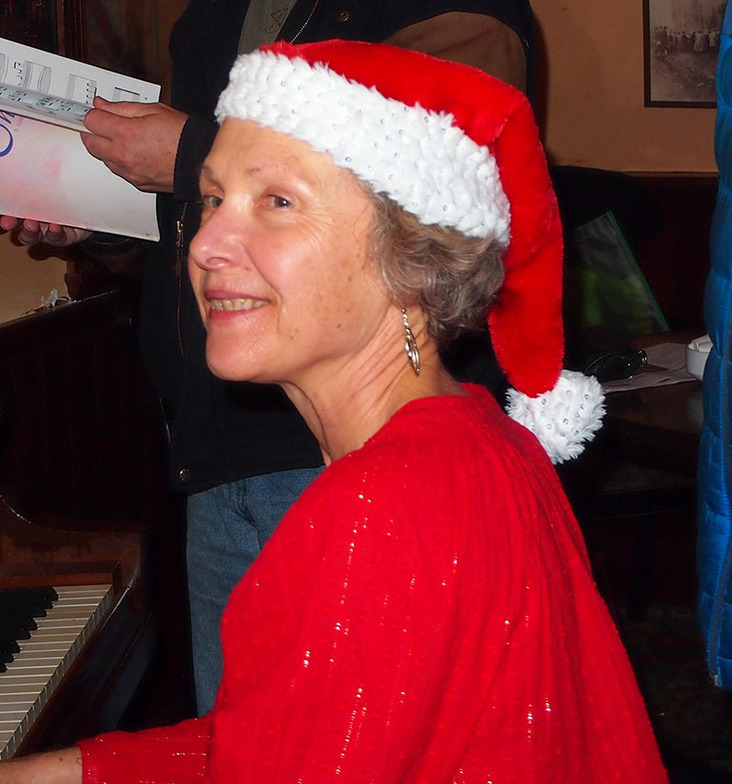 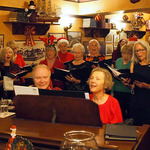 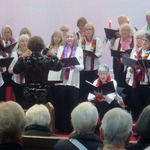 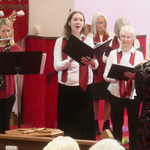 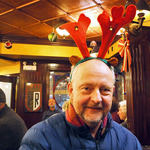 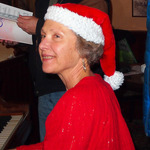 Music has always held an important place in the worship at St. Stephen’s Anglican Church in West Vancouver. Led by the example of rector, Canon Jonathan LLoyd, and inspired by the talents of Minister of Music, Dr. Annabelle Paetsch, the 2019 Advent season was lyrical with choral music resounding both inside the church and out in the community.

It is always a good idea to lead by example, and the rector has done that admirably by becoming a member of the Welsh Men’s Choir. The choir performs all over the Lower Mainland inspiring people in the congregation to become members of the group’s enthusiastic audience. Several performances were given over the Advent season to raise money for Saint James Music Academy which, in the Downtown Eastside, provides musical training, both choral and instrumental, for inner-city youth.

Jazz Vespers has held a fond place in the worship aimed at outreach to the greater community. Coordinated by Peter Vanderhorst for the last eleven years, the service on December 1, featuring the Mighty Fraser Big Band, was a dedicated celebration both of the church’s ministry, and of Peter’s leadership. The monthly series returns on February 2 with the North Shore ensemble, Original Blend which features the Archdeacon of Capilano and rector of the neighbouring Parish of St. Agnes', the Venerable Stephen Muir on drums.

On a more serious note, Canon LLoyd initiated the annual Advent study group planned to prepare worshipers for the celebration of the birth of Christ. This year on Wednesdays at both 11am and 7pm,  members of the congregation, and any others who wished to join, studied “Freedom is Coming” by The Right Reverend Nick Baines, presently Bishop of Leeds. Quoting the Most Reverend Justin Welby, Archbishop of Canterbury, “Nick Baines brings out both the challenge and hope from living Advent side by side with the story of God’s people in Isaiah.”

In 2018,  Dr. Annabelle Paetsch founded a new parish group of choristers called “St. Stephen’s Community Singers”. A non-auditioned choir appealed to a large number of West and North Vancouver residents, and proceeded to create a new voice in the community culminating in several well-received concerts. The music varies from well-known pieces taken from the popular collection, to adventurous numbers in several languages and rhythms. There was even room for some unusual percussion, and a ukulele added to a Hawaiian Christmas piece. The morning congregation was encouraged to get their tea or coffee and return to the sanctuary for the Singers’ performance.

This past Advent the Community Singers participated in a multi-choir Winter Concert at St. Clement's Anglican in North Vancouver that closed with a rousing group performance conducted by Dr. Paetsch. Then on December 20, a combined group created a carol sing-a-long at the Seniors’ residence, Hollyburn House  in West Vancouver.  Previously, the Community Singers also sang at the Dundarave pub, The Red Lion, as well as presenting a concert at the Westerleigh retirement residence with guest vocalist Jason Cook.

“Poems and Punch” brightened the season on December 17 at St. Stephen’s as an evening of individually chosen and read poems of all genres that was as delightful as it was unusual. There is something about sharing a poem that you love, with your friends that is very warm and inclusive.

Christmas would not be complete without the cherished Carol Service on the 22nd leading everyone to the joy of Christmas Day.