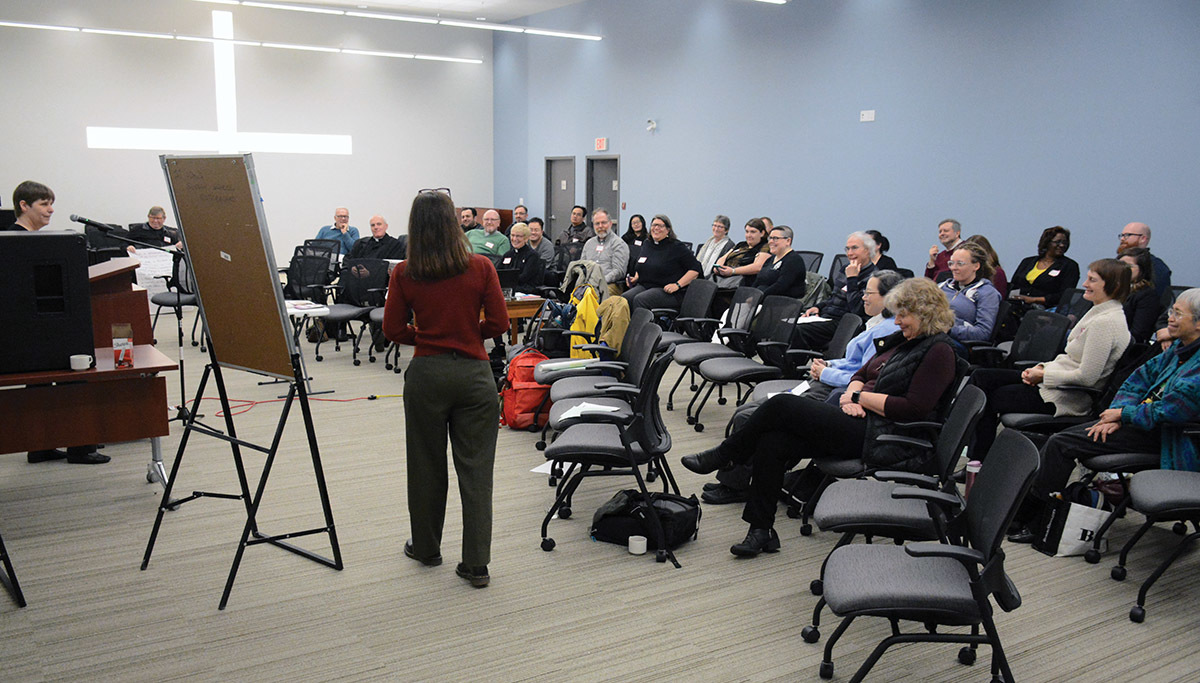 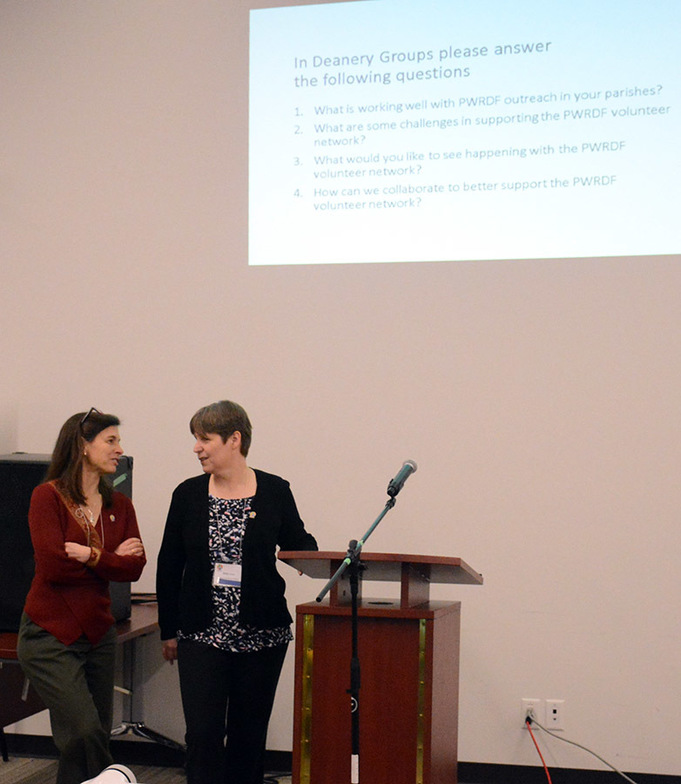 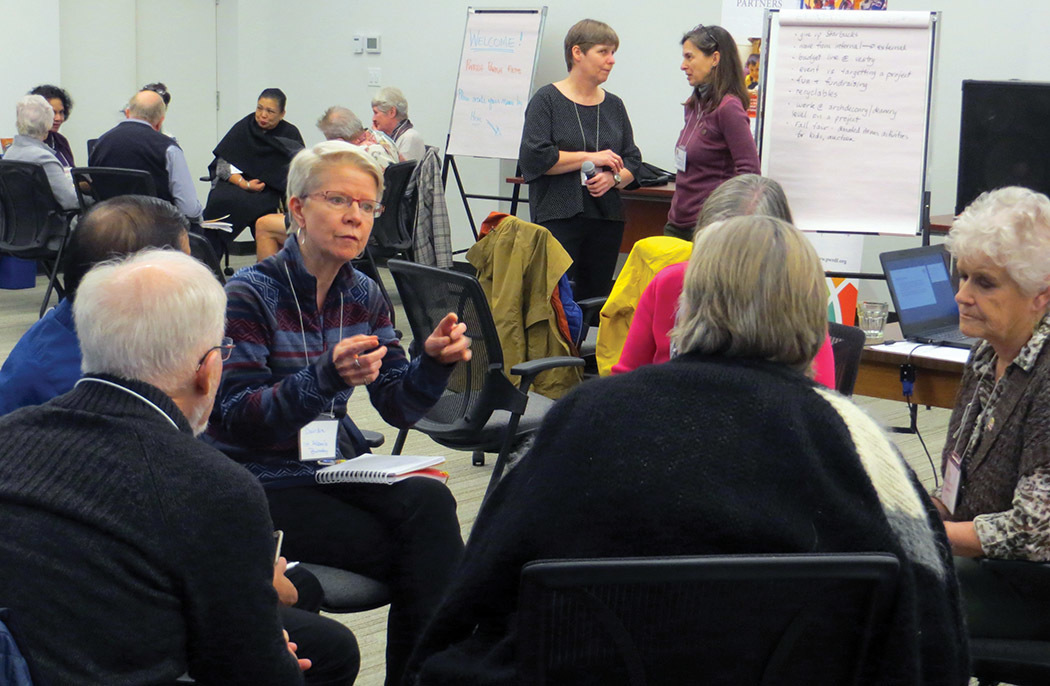 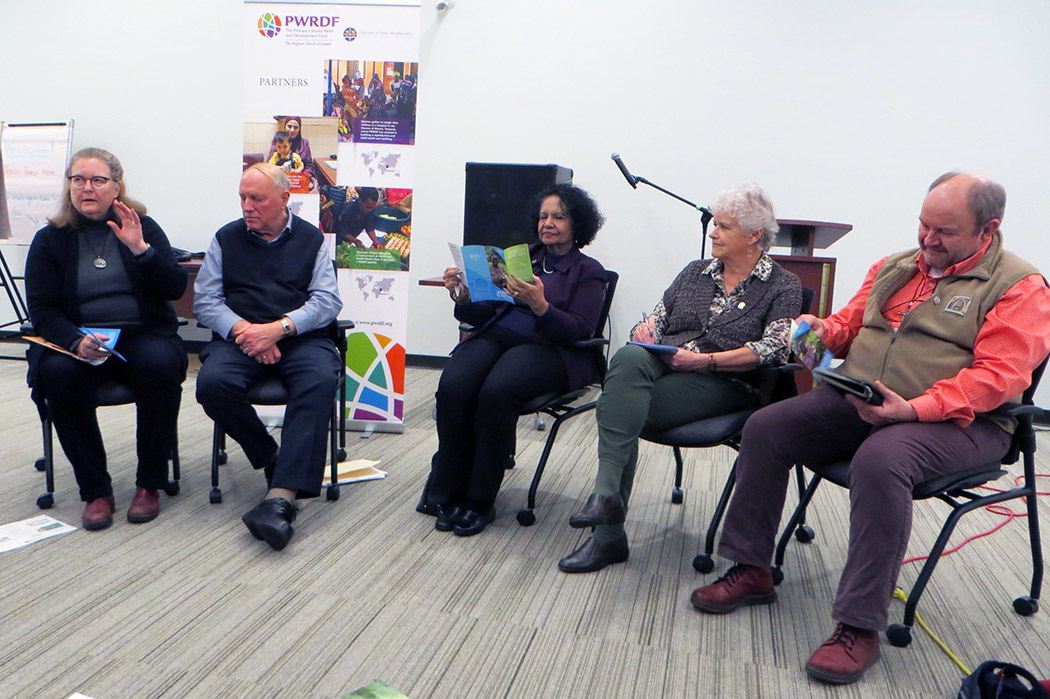 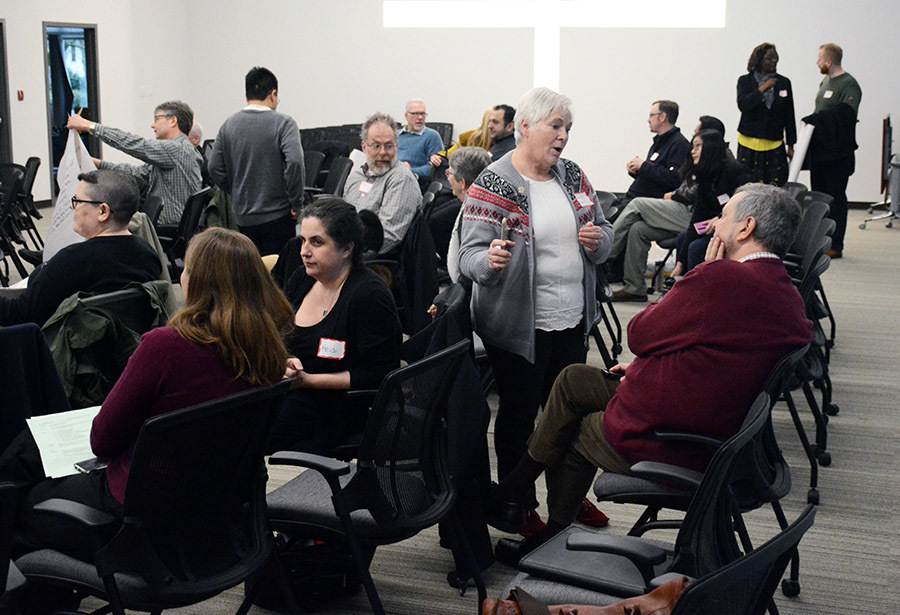 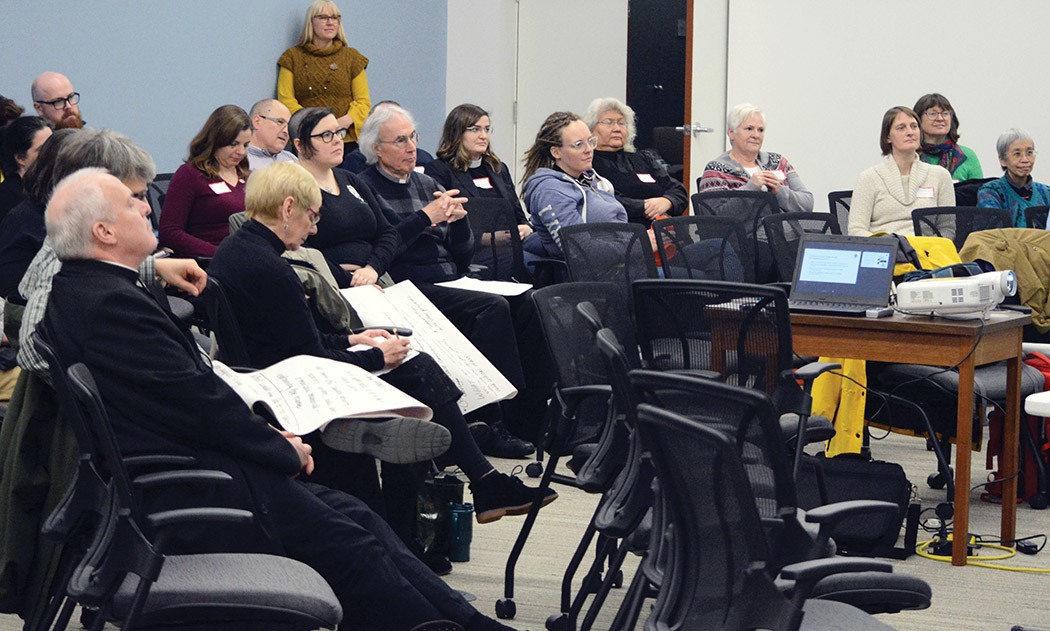 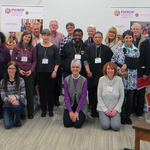 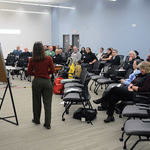 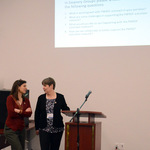 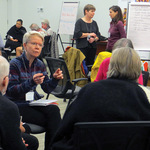 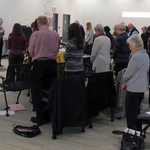 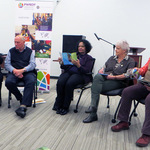 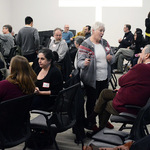 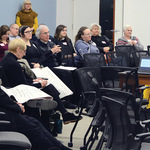 On January 12, more than 30 people from around the Diocese joined together for a day of learning, fellowship and inspiration at the Synod office. An Invitation to Dialogue was a session about the Primate’s World Relief and Development Fund (PWRDF)  when and where parish PWRDF reps, clergy and others interested in  PWRDF gathered to learn more about the work of  PWRDF and how to promote and support it in our parishes and in the Diocese. The key leaders for the day were Kim Umbach, the National PWRDF Coordinator, and Suzanne Rumsey, the PWRDF Public Engagement Coordinator.

The day began with prayer and then a chance to get to know each other a little better. Next was a brief PWRDF 101 lesson, to ensure everyone had a basic overview of the fund, its mission, values, and vision, and the projects and programs it supports. We learned that in 2017, the PWRDF, through its various partners, supported 67 projects in 33 countries, the proportion of donations that come from individual contributors and parishes, Global Affairs Canada, through bequests and from other sources, as well as the breakdown of funds that go to administration versus the various projects and programs. A particular highlight was to learn more about the “All Mothers and Children Count” program, a 4 year program for a number of countries in Africa, where Global Affairs Canada has committed to a 6 to 1 matching of donations. We also learned about the Canadian Indigenous culture programs, emergency response funding, refugee support and various other development programs.

After the overview session, we had a session on honing our PWRDF presentation skills – very useful for delivering presentations to our congregations. We learned how to apply the “Rule of 3” to make our presentations more meaningful and memorable. We worked in pairs to outline our own presentation and a few people volunteered to deliver their speeches to the group. The session was valuable for those with little experience in public speaking.

Clare Urquhart, member of the PWRDF Youth Council and a member of the Diocese of New Westminster, presented the “I Care Campaign,” a Canadian Foodgrains Bank initiative, aimed at advocating the Canadian Government to do more to address global poverty and hunger.

Lastly, we worked in small groups to share ideas on what we are doing in our parishes to promote the PWRDF, along with providing feedback on how we might work together more as a diocese or in regions.

We were thankful that Archbishop Melissa Skelton was able to attend for the wrap up, especially since she was feeling under the weather and still took the time to come and show her support and appreciation.

I very much appreciated this opportunity to learn and share with others throughout the day. I even made a good start at planning our next PWRDF activities in my own parish. A big thank you to Peter Goodwin,  Margaret Marquardt, Archdeacon Douglas Fenton and Suzanne and Kim for both organizing this special day and for all they do to promote the work of PWRDF.

Suzanne and Kim were in the diocese of New Westminster beginning Thursday, January 10 when they facilitated a similar session to the one described by Christa for parish PWRDF reps for the clergy of the diocese at a scheduled Clergy Day, also at the Synod offices. At that day long session, approximately 50 clergy of the diocese were on hand to dialogue with Kim and Suzanne and share what is working in diocesan parishes regarding PWRDF engagement, what could be improved, and some intentional strategies that might create an atmosphere for those improvements to occur. Unfortunately Archbishop Skelton was unable to attend and she had succumbed to a nasty bug the night before and really needed to spend a couple of days away to recover and recuperate.  It was great that the Archbishop, her husband the Reverend Eric Stroo and of “Teddy” the “westie” were able to attend the closing portion of the January 12 session. Editor