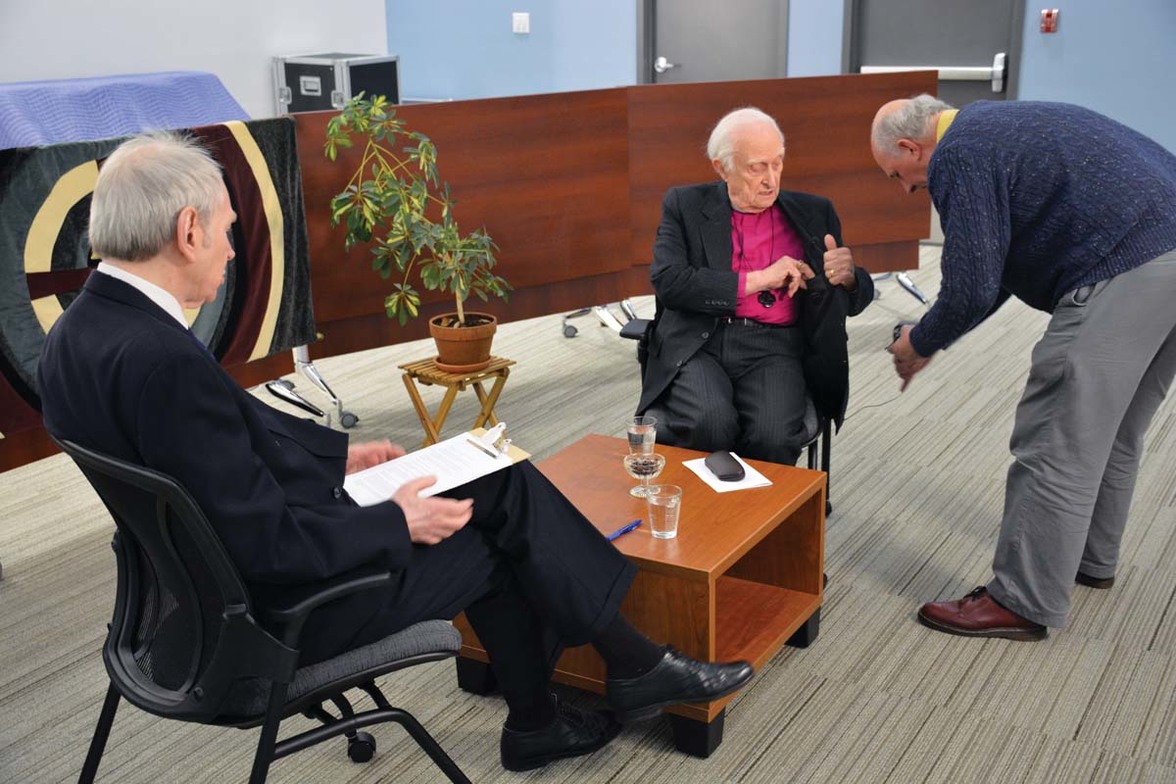 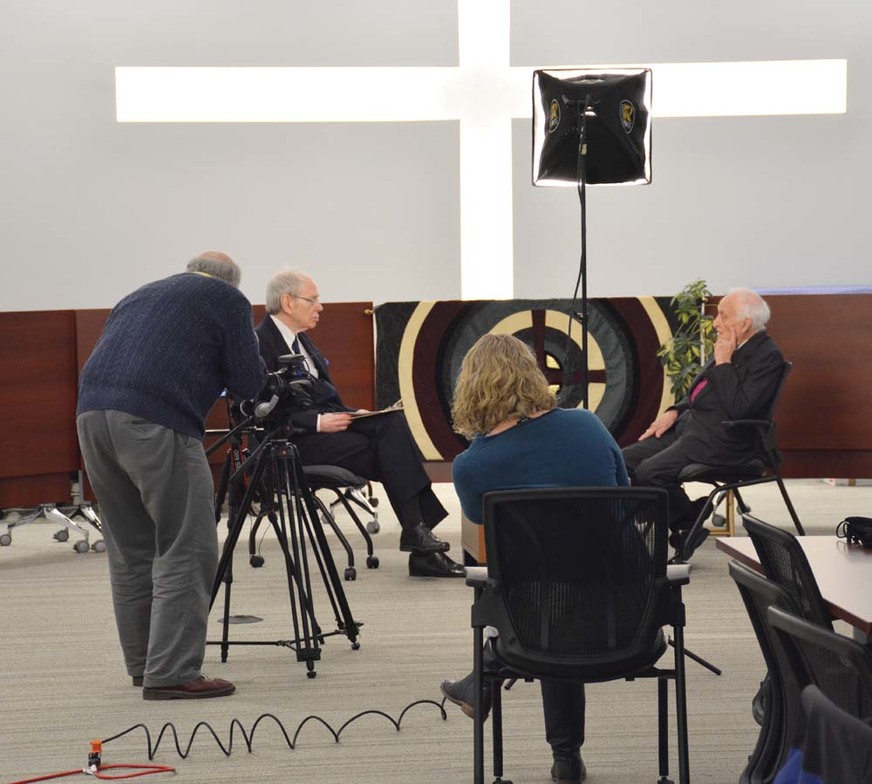 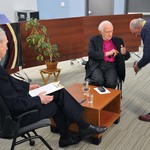 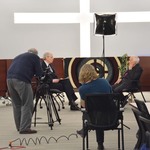 On Monday, February 20, former Topic Editor and diocesan biographer (Pacific Pilgrims) Lyndon Grove interviewed the Most Reverend Douglas Hambidge. Archbishop Hambidge served as Bishop of Caledonia from 1969 to 1980, as Bishop of New Westminster, 1980 to ’93, and as Metropolitan of the ecclesiastical province of British Columbia and Yukon, 1981-93.

In the interview Lyndon Grove offered a wide range of questions for the Archbishop to discuss including: his experience in World War II; his experiences in Caledonia diocese; his relationships with First Nations communities; his years as Bishop of New Westminster and his years as Metropolitan; his advocacy for the marginalized; his skill and competitiveness regarding badminton and much more.

At a later date content from these interview sessions could be used in a larger documentary film project.