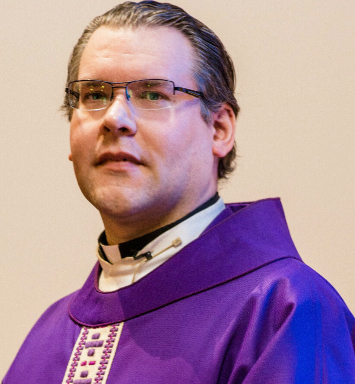 On January 25, 2020, in Kamloops, six candidates were considered by the Electoral Synod Members to become the first Bishop of the Territory of the People.

The Venerable Lincoln McKeon, Archdeacon of Nimpkish and incumbent of St. Peter's, Campbell River (he was appointed, spring of 2018) in the Diocese of British Columbia was elected on the fourth ballot. He succeeds the now retired bishop, the Right Reverend Barbara Andrews.

Communications Officer for the Diocese of British Columbia, Catherine Pate published the following information about the bishop-elect on the Diocese of BC website news pages:

"Lincoln came to the Diocese of British Columbia with his family to work in Christ Church, Alert Bay, Fort Rupert and Kingcome Inlet in 2010. Prior to this, he was a catechist in the Parish of Battle Harbour, Newfoundland in 2002-3, and ordained to the diaconate there for the Diocese of Niagara.

Surviving the winter in Newfoundland, Lincoln moved to southern Ontario where he was priested in 2003. Moving to the Diocese of Toronto in 2006, Lincoln served there until he moved out to the beautiful west coast."

As part of her metropolitical duties, Archbishop Melissa Skelton was Chair of the Electoral Synod. When asked for her thoughts about the election she said:

"The people of the Territory were overwhelmed with gratitude at the gifts of the six candidates who offered themselves in the Territory’s Episcopal election.  In the first ballot, the support for Lincoln was clear among the laity.  Each ballot was taken in the sincere spirit of discernment and prayer, and on the fourth ballot, the election was announced.  In response to the announcement, a group of Indigenous peoples led the Assembly in what they called a “Happy Song.” The mood was one of elation as the Territory elected its very first bishop.

I too was impressed with the quality and experience of all the candidates. I had met Lincoln during a time of study leave in Alert Bay where he oriented me to the community and got me started on a time of learning more deeply about the Indigenous peoples who lived there. To him, I offer my heartfelt congratulations.

I look forward to the consecration in May and to Lincoln joining our Provincial House of Bishops.  And I am deeply grateful to the other candidates in the election."

Territory of the People

The Territory of the People which occupies the geographical area of the former Diocese of Cariboo was incorporated under the BC Societies Act on August 10, 2017. Motions passed at the 37th synod of the Ecclesiastical Province of BC and Yukon in September 2015, and the Joint Council of General Synod meeting November 13–15, 2015, allowed for this reorganization to happen. The Territory is a recognized Anglican institute with the status of a diocese with the ability to elect a bishop and delegates to General Synod in its own name. Prior to this,  episcopal oversight was by a suffragen bishop under the authority of the Metropolitan of the Ecclesiastical Province of BC/Yukon.

(prepared with files from Catherine Pate and Archbishop Melissa Skelton)