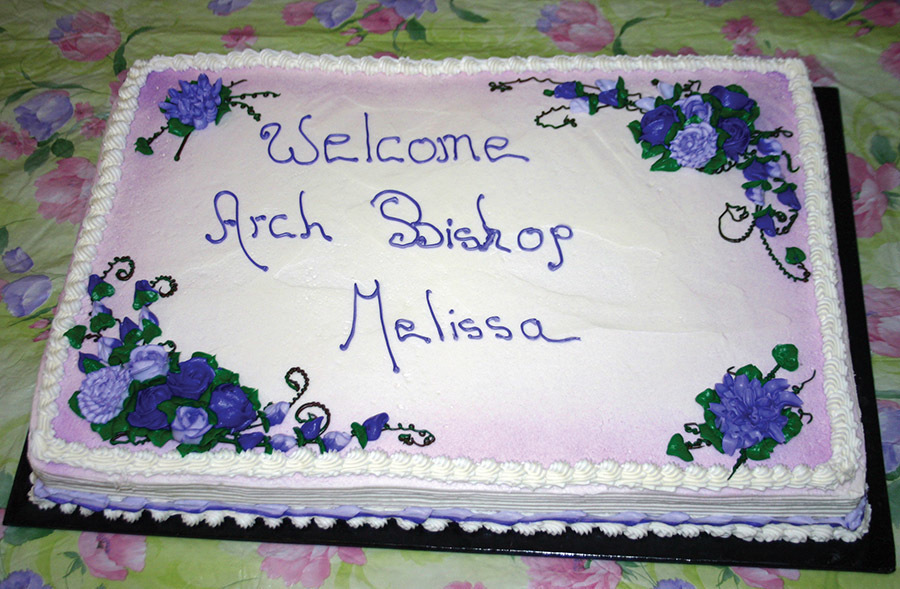 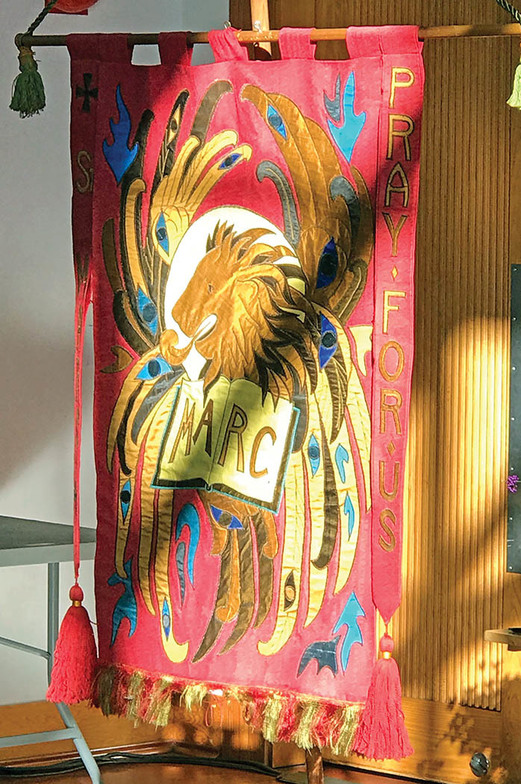 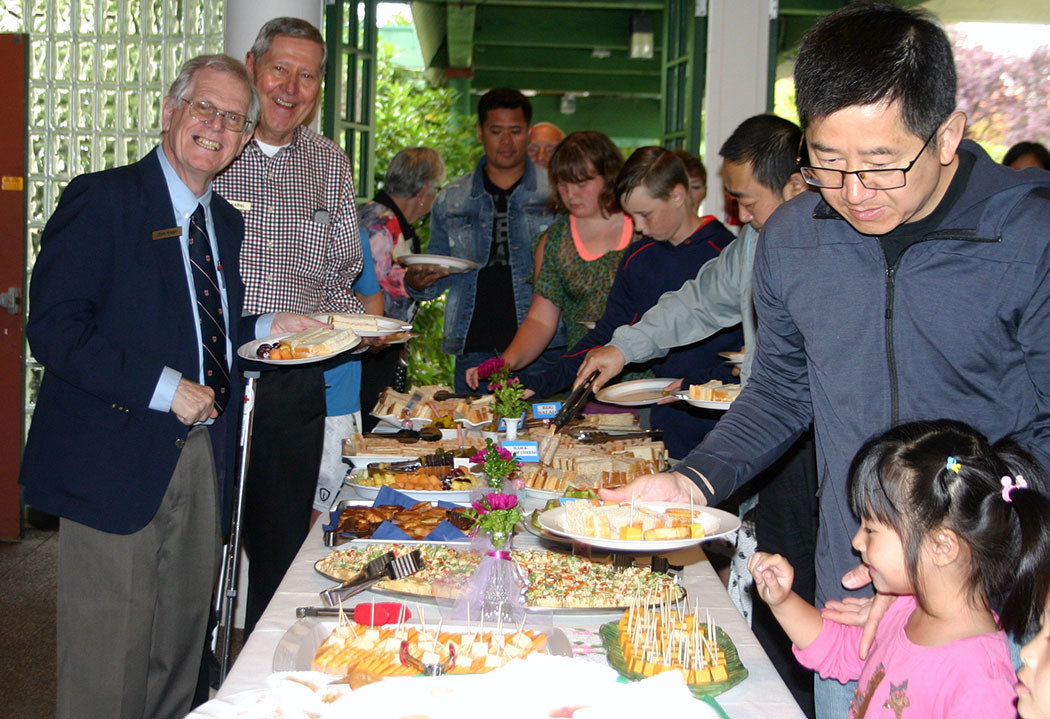 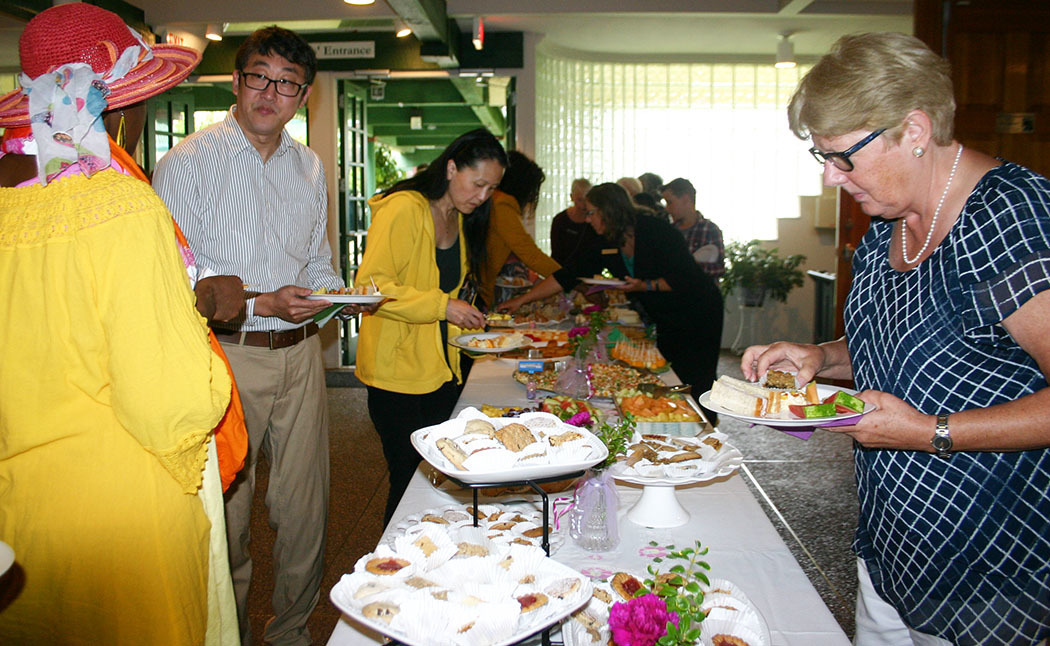 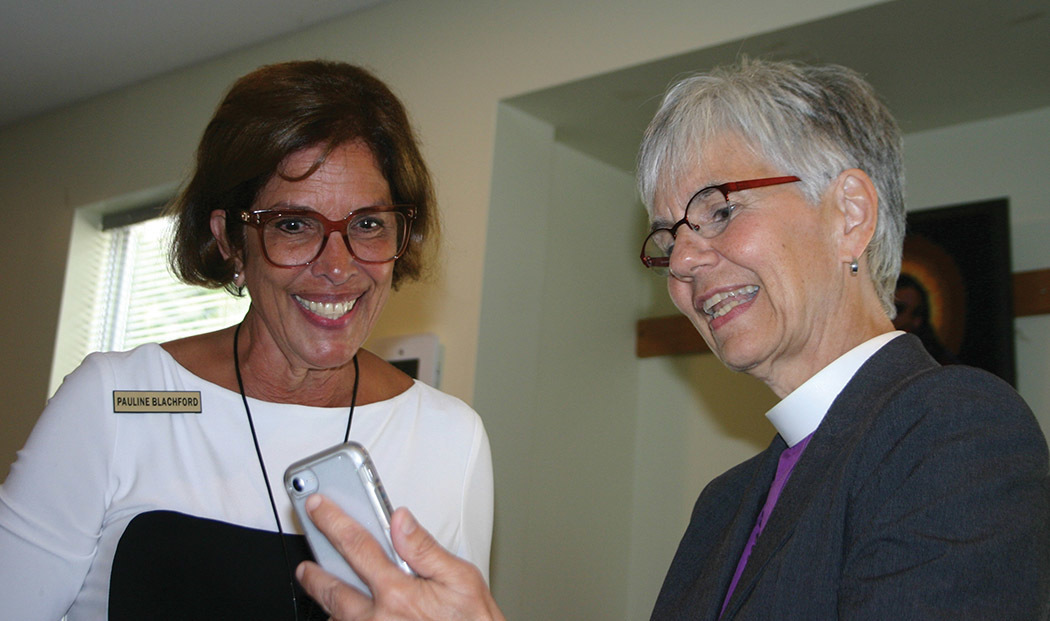 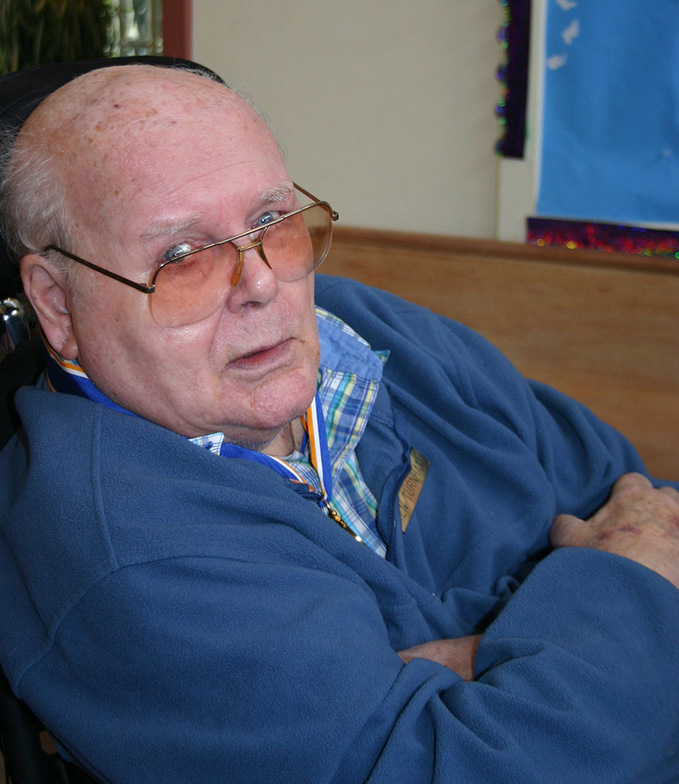 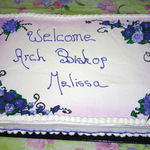 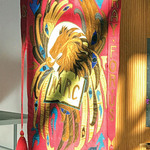 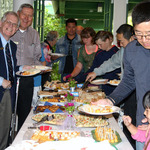 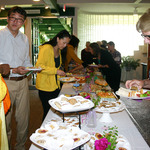 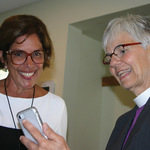 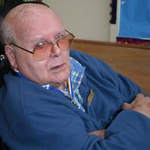 The Parish of St. Mark’s located in the beautiful seaside residential community of Ocean Park in South Surrey welcomed an archiepiscopal visitation on Sunday, September 8. This was the first official parish visit since Archbishop Skelton’s stay in the hospital, July 8-17. St. Mark's which is now the second largest parish in the diocese combined their Sunday morning liturgies to one Celebration of the Eucharist at 10am.

Archbishop Skelton was delighted that every ODNW member from the parish (2009-2018) was present for worship and lunch.

During the liturgy, Her Grace offered an address to the younger members of the community about coins and serving God with his money.

Archbishop Skelton took the Gospel for the day, Luke 14:25-33 for her sermon text.  Early in her homily she admitted that she likes a bargain or a good deal. This scripture states that the cost of being Jesus's disciple is considerable. Jesus tells the people gathered at the banquet that in order to follow him they must make their family secondary. Archbishop Skelton went on to explain that:

"In ancient Mediterranean times, family was identity. Who one’s father or husband was, was everything. And please recall that the family system of the times was not particularly humane or kind when it came to women or children. And so what Jesus is saying here is that to become his disciple, a person will have to give up this system as the thing that defines them, will have to give up this most important piece of their identity, in order to follow him, in order to take on a new identity with different values and a different purpose."

In summary, what she explained is that we need to put God first, we need to "expend" ourselves and do it now and by doing that "spending" of ourselves we will "experience the generosity that is God’s."

(Archbishop Skelton's sermon text is available to download below.)

The choir sang an anthem, With a Voice of Singing under the direction of Elizabeth Gilchrist, our new Music Director, and accompanied by Cecilia Wong.

Following worship all proceeded into the hall to allow buffet lunch tables to be set up in the narthex.  After the food was laid out, folks lined up, filled their plates and returned to the hall where tables were avaliable. There was also a celebratory cake marking Archbishop Skelton’s visit. After the meal, the congregation had an opportunity to meet informally with Archbishop Skelton. Much of the discussion involved the parish’s commitment to develop ministry and programs focused on children, youth and young families.

As is her custom, the luncheon and informal discussion with members of the parish was followed by a  meeting with the Parish Council and Trustees.

Written with files from Barb Walks