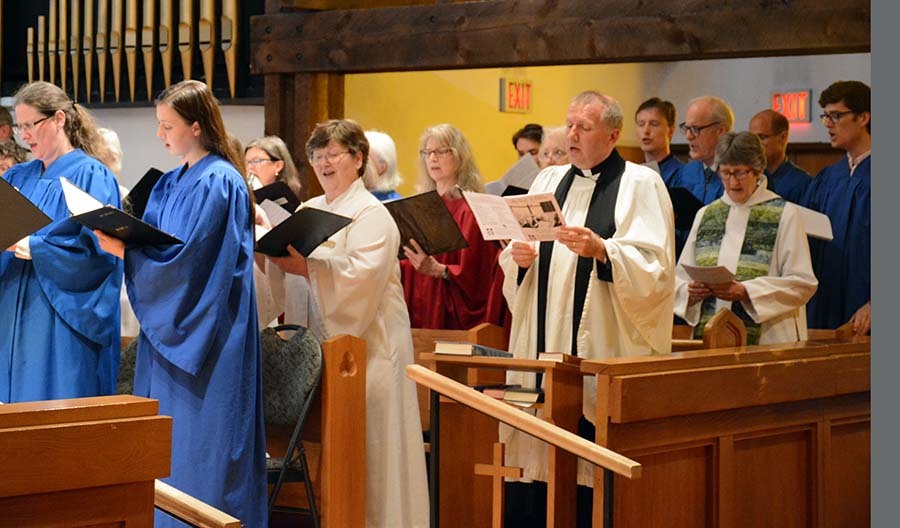 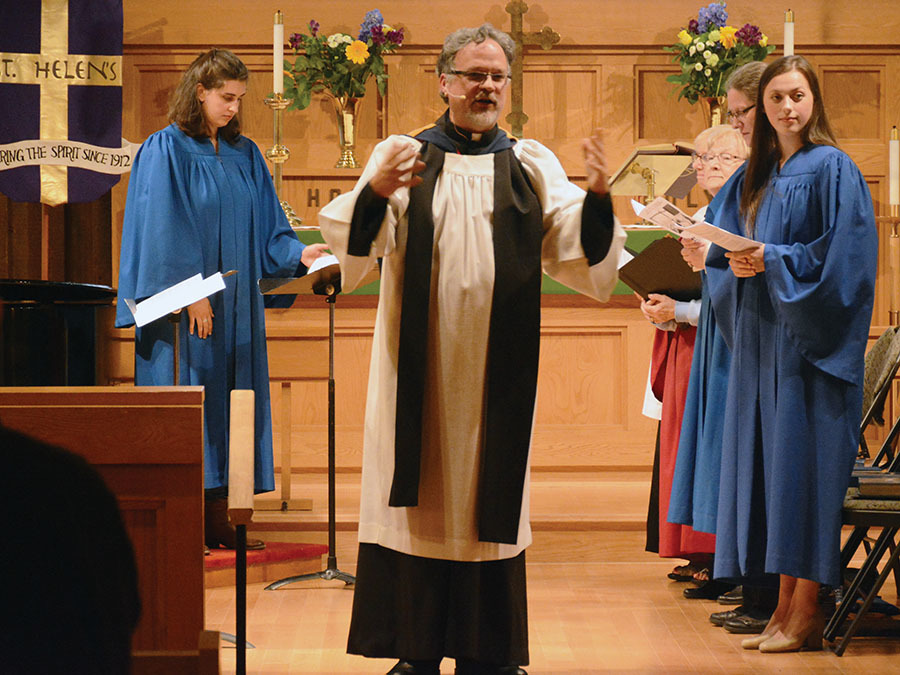 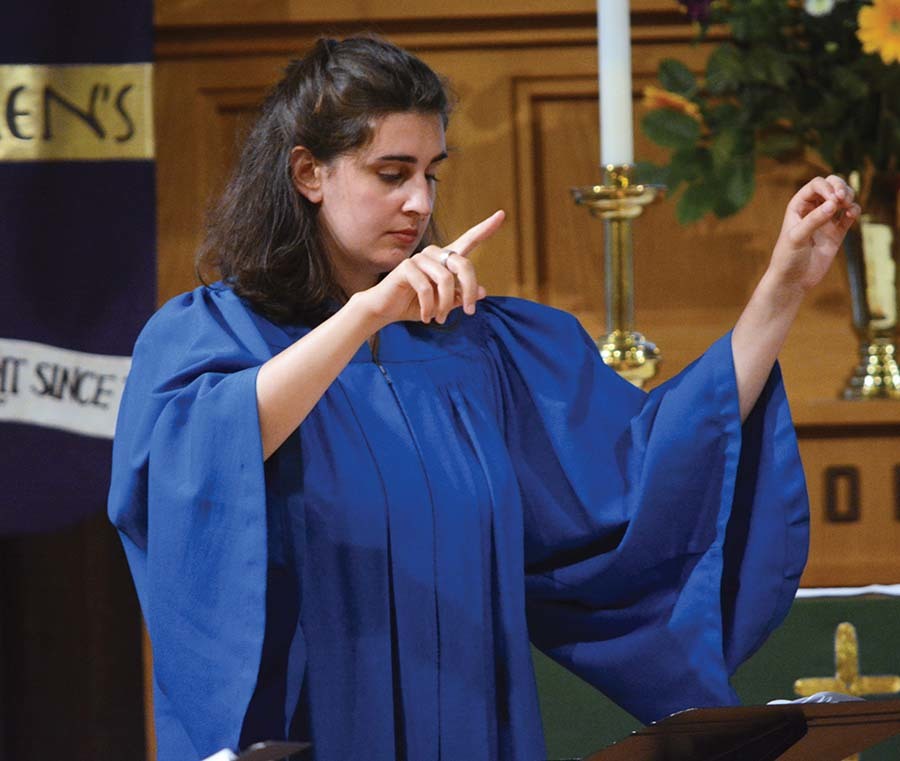 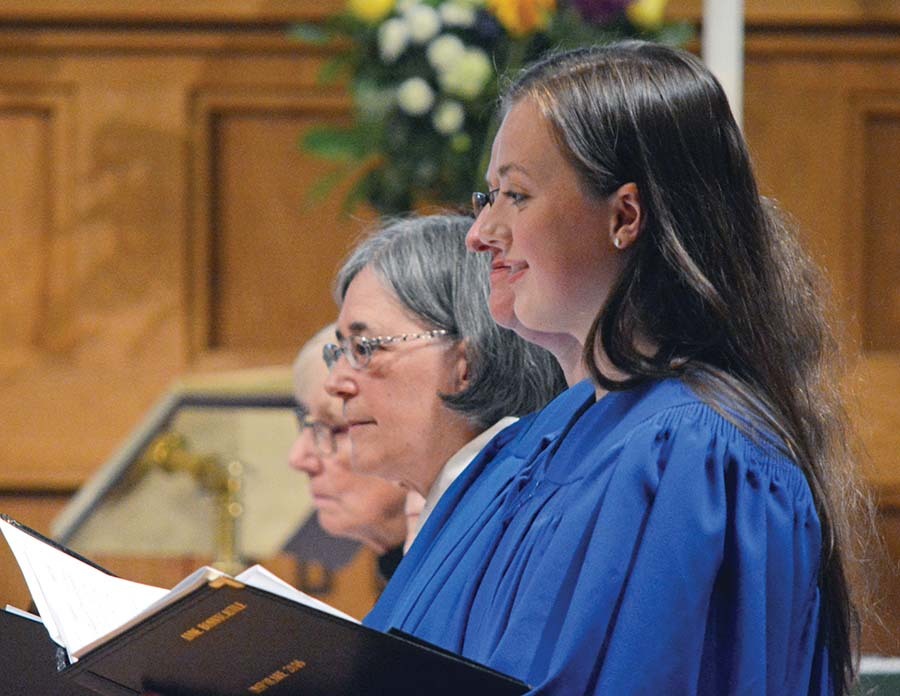 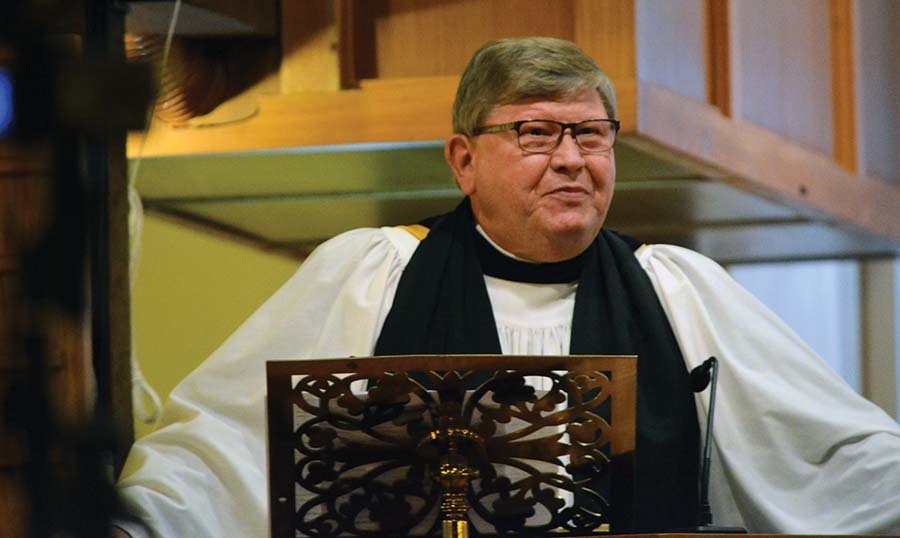 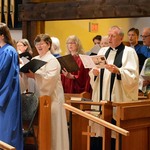 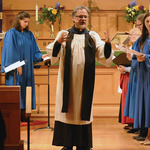 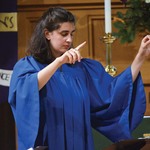 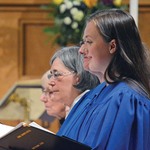 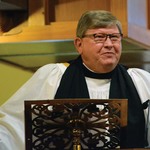 The Visit of the Blessed Virgin Mary to Elizabeth

The 2018 Vancouver Archdeaconry Evensong for Pentecost was celebrated Sunday, June 3, Pentecost II at St. Helen’s West, Point Grey. Clergy, choristers and directors of music from around the archdeaconry gathered to give Glory to God through Evensong, a wonderful liturgy (office) that unfortunately is all but extinct in this part of the Anglican world.

Organists and music directors, including archdeaconry clergy with musical talents directly participated in the liturgy. Stella Hadjineophytou, recently arrived Director of Music at St. Matthias and St. Luke, Oakridge handled the conducting chores and also played the Organ Postlude, J.S. Bach’s “Prelude & Fugue in C.” Hadjineophytou is a sensitive and accomplished conductor skillfully directing the 35 voice choir through music that many of them had only seen recently, and she is also an excellent organist.  St. John’s, Shaughnessy’s organist, Michael Dirk participated as organist and as chorister as did: St. Mary’s, Kerrisdale’s organist, Susan Ohannesian; St. Mary’s, Kerrisdale’s Choir Director, Brigid Coult and music director for the Evensong, the Director of Music at St. Helen’s, Kevin Zakresky. The Venerable John Stephens, Archdeacon of Vancouver and rector of St. John’s, Shaughnessy is an excellent cantor, led the Versicles and Responses and chanted the Collects as he has done in the past for this annual liturgy.

Much of the music was composed or arranged by St. Helen’s rector, Scott Gould. Gould is an accomplished singer, songwriter, guitarist, and prior to his call to ministry he was a tenor section leader in a variety of choral circumstances including Vancouver’s Christ Church Cathedral Choir. Gould compositions or arrangements included: “Be Joyful in the Lord, All You Lands” (his setting of Psalm 100); the Magnificat, featuring soprano soloist, Alison Powell, and Nunc Dimitis with baritone soloist, Ben Loyst; closing out his contributions to the Evensong was an arrangement of “Love Divine” credited in the Order of Service as Festival Hymn.

On page 2 of the Order of Service bulletin, Gould had this to say about the music offered on the day:

The earliest is “Love Divine” which originated as an arrangement of the Welsh hymn tune ‘Hyfrodol’ (or ‘Hydrofoil’ as it often called in the secret dialect spoken only in Anglican choir rehearsals) which I recorded in the spring of 2004 with about 5 different guitar parts, dedicated to my daughter Veronica ‘in anticipation of her birth.’

A couple of years later I wanted to write a piece which would involve both choir and congregation accompanied by both guitar and organ. Those two instruments, one often seen as ‘contemporary’ and the other as ‘traditional,’ rarely seemed to play together. I wanted to see if I could bring the two sides of that divide together, so I wrote choral parts for my guitar piece. I’m indebted to the late Gordon Atkinson who very much saw my vision for that coming together and embraced it enthusiastically. He played the organ and led the women’s choir of St. Andrew, Langley when it was offered in worship on the Feast of The Reign of Christ in November of 2007. Mike Murie and I played guitars then as today! I recall that I had written my original words to the (choir only) third verse during the presentation of the financial statements at Synod that year, so inspiring was that item of business!

‘Be Joyful In The Lord’ arrived in my head at about 10am one morning in September of 2016 as I sat down in my office to write the annual Thanksgiving letter to the parish. It was done by about 10:30, so I mentioned it in the letter and we offered it to the glory of God for the first time on October 9, Thanksgiving Sunday, since Psalm 100 was among the readings for that day.

That afternoon, as I lay slowly expiring on the couch in my living room - as most clergy do on Sunday afternoons - I heard in my head the opening music of a Magnificat. I dragged myself upright and played through a bit of it on the guitar I keep handy for that sort of thing, then the next day wrote it out as a solo song. In subsequent weeks I had a stab at turning that into a 4-part SATB choral piece, but about 2/3 of the way in decided that wasn’t working so abandoned it. In September of 2017, Kevin Zakresky asked me if I would consider writing a piece for the Christmas concert St. Helen’s does every year for the Point Grey community. I said somewhat doubtfully, ‘Well I do have a Magnificat...” He said, great let’s book it, so I was forced to finish it and was delighted with the choir’s performances of it at Christmas! Throughout the process it was Alison Powell’s amazing voice I heard in the ‘role’ of Mary so I’m delighted that she’s here to sing it again today.

Nunc Dimittis is the most traditional of the four pieces and was written for The Feast of The Presentation of Our Lord In The Temple in February of this year, with Dale Throness as the baritone soloist and the choir joining in the Gloria. This full version with choir accompanying the soloist throughout is sung for the first time today.

I’m so honoured to be able share these pieces with all of you, for the glory of God, today!"

The homilist was the Reverend Dr. Richard Leggett. Leggett is in a transitional phase at the moment having resigned his position as rector of St. Faith, Vancouver in order to accept the Archbishop’s appointment to be vicar of Holy Trinity, Cathedral in New Westminster for a three year term. He is also the outgoing Regional Dean of Granville and will be leaving that diocesan position as well also at the end of June.

Sunday, June 3, 2018 in the lectionary is The Visit of the Blessed Virgin Mary to Elizabeth, and the Gospel, is Luke 1: 39-57, Dr. Leggett took this passage for his text. The theme of his sermon was that all of us, like Elizabeth with her late in life gift of a child who will be a prophet must be ready to step aside and make room for the One who is to come. And when we make that decision to tackle “the hardest task of Christian discipleship, making room for the one who is to come” ceasing to be “the centre of our own universes”, we must then ask ourselves, “what is our role in working for the common good” for the selfless building up of God’s kingdom.

Following the sermon, the creed and the responses, the Reverend Christine Rowe, assistant priest at St. Mary’s, Kerrisdale and the Regional Dean of Point Grey led the prayers. The liturgy concluded with the Processional Hymn, “The Day Thou Gavest”, the aforementioned Organ Postlude and then off to the narthex for culturally appropriate refreshments, tea and crumpets.