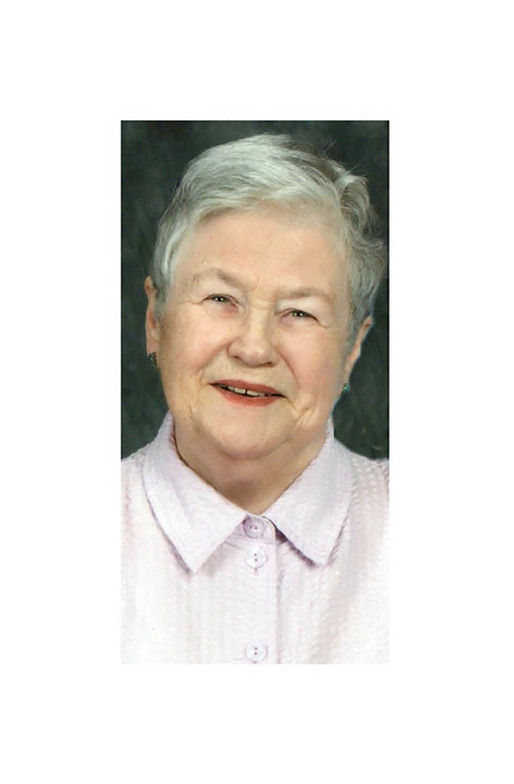 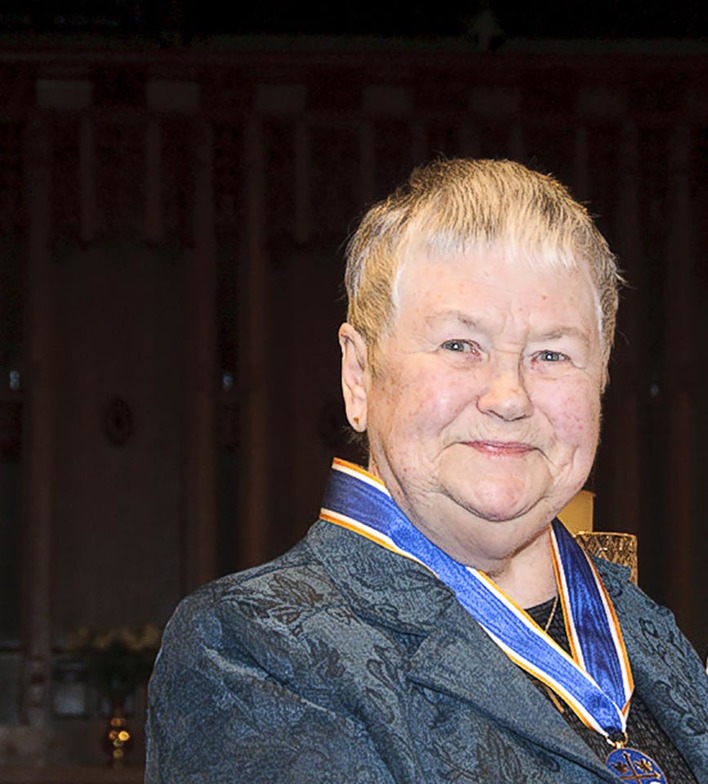 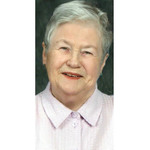 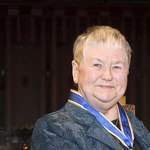 Betty was born in Glenboig Scotland, a small village in Lanarkshire.

Betty was athletic and enjoyed running, cycling, hiking and climbed Ben McDui, Scotland’s second highest mountain (4,296 feet). From a young age, Betty was involved in the church, which was a focal point of the community.

In 1947, her family left Scotland (her father had died), to come to Kamloops, where they lived with relatives in a big house on a sheep ranch.  When she entered Grade 12 at Kamloops Secondary, Betty was teased incessantly about her Scottish accent, and she worked hard to lose it. While at school, her classmate Dorothy introduced Betty to her brother Don.

Betty married Don in 1950.  Elaine, Gordon, Dianne, and Karen were born in Kamloops, and in 1957 they moved to Vancouver. As a committed parishioner at St. Thomas, Collingwood, Betty volunteered in Brownies, Guides, Cubs, and Scouts. She was a member of the ACW and president for two years, was a member of Parish Council, chaired various committees and was a Lay Delegate to Synod. Betty started a Prayer Chain, was a lay administrator, reader, and intercessor.  She was a Bible Study leader for many years.

At the diocesan level Betty served on the Board of ACW, and spoke in parishes on hospice and hospital visiting. She was on the Board of Directors of St. Jude’s Anglican Home for nine years; chairing various committees; and was president of the board for two years.

Betty completed the Clinical Pastoral Education course in 1993, and became a Chaplain at Surrey Memorial Hospital.

In the late 1960’s, Betty was diagnosed with a life-threatening illness. She had surgeries in Vancouver and at the Mayo Clinic. The prayer support and meals provided by friends and people of St. Thomas meant so much to Betty and the whole family.

Betty and Don moved to Surrey in 1992, and became involved at the Church of the Epiphany. Betty helped found the Healing Ministry, and was an intercessor, the co-coordinator of the Pastoral Care team, and participant and Bible study leader for many years. Throughout her life, Betty remained a strong advocate for lay participation in the church.

In November of 2009, Betty was the first recipient from Epiphany to receive the Order of the Diocese of New Westminster.

Betty and Don celebrated 71 years of marriage in April 2021. Don was truly the love of her life. Don died just 15 weeks before Betty, and we know they are together again as they were always meant to be. Betty was so grateful for all the love and support she and Don received.