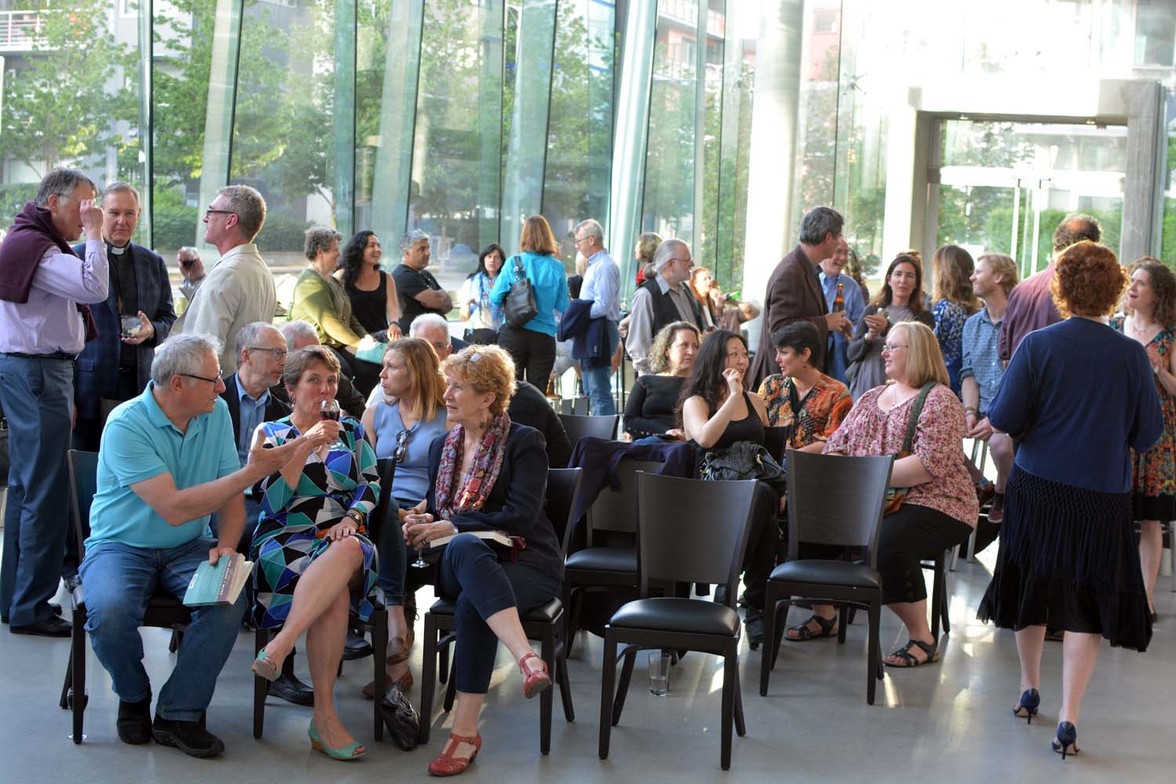 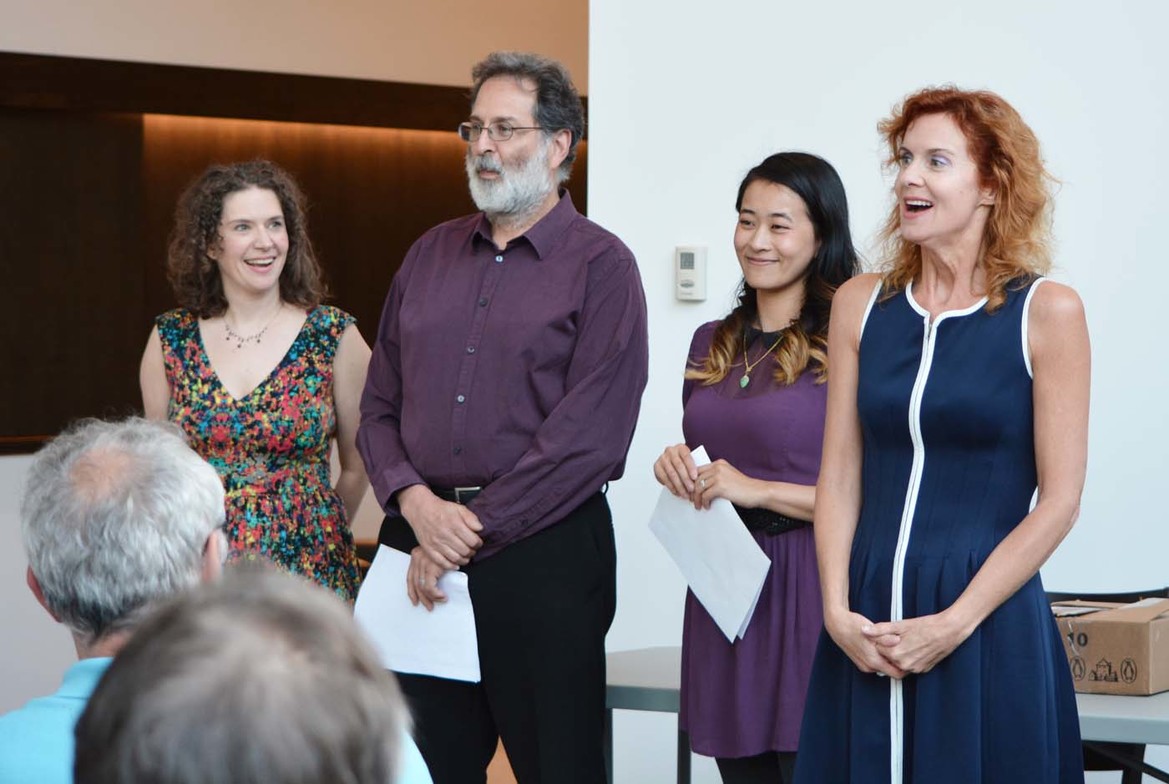 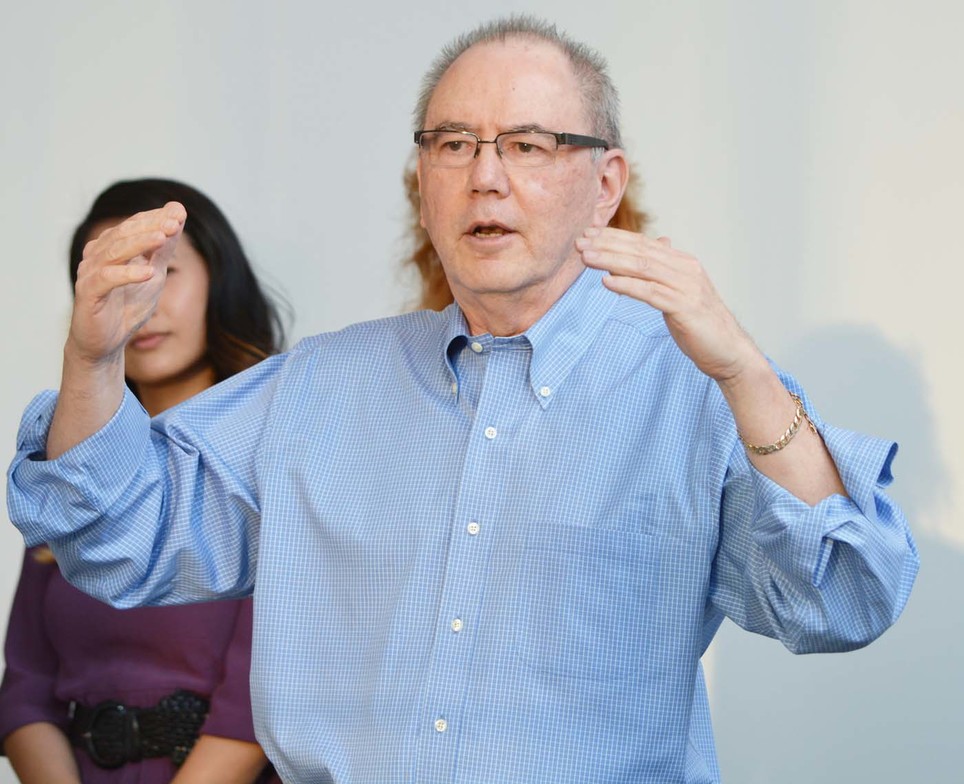 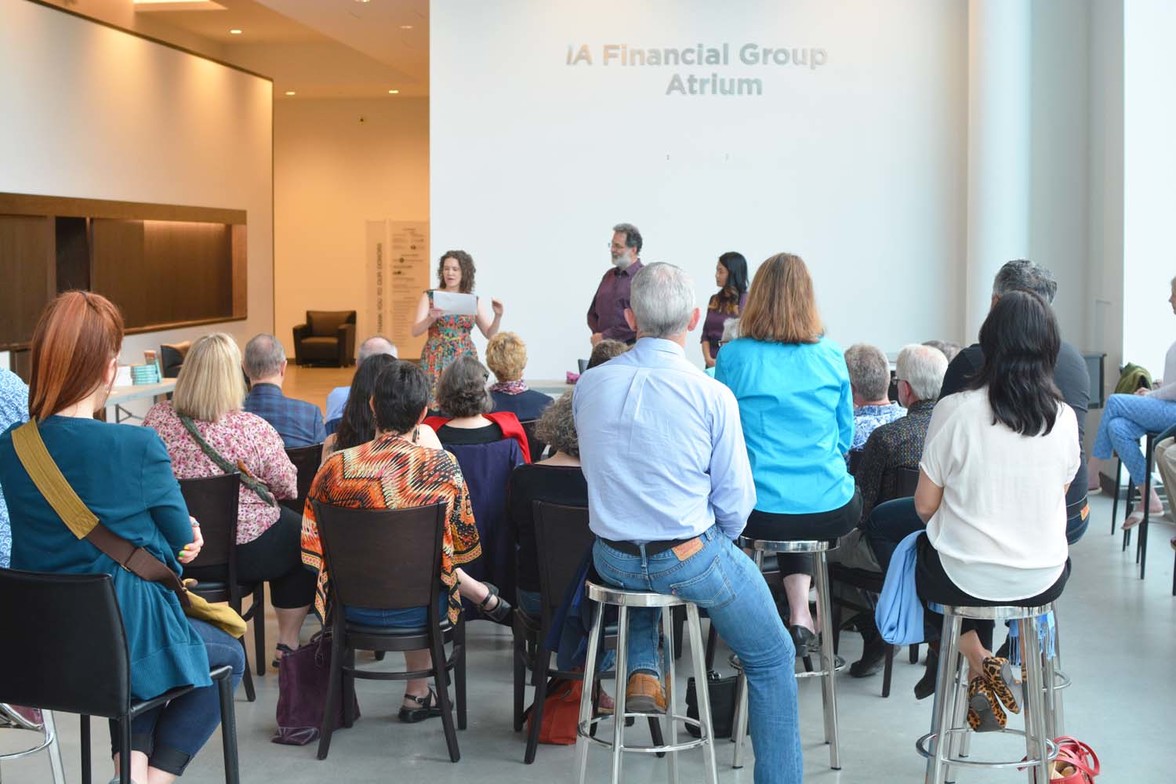 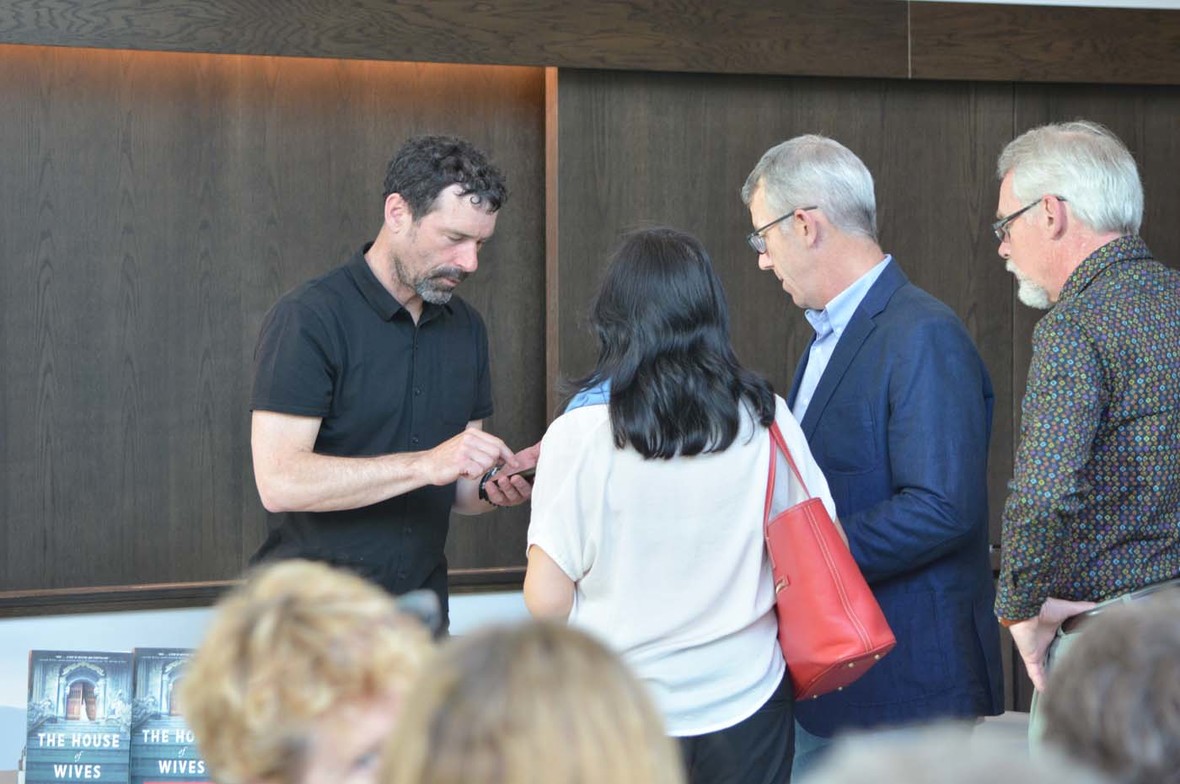 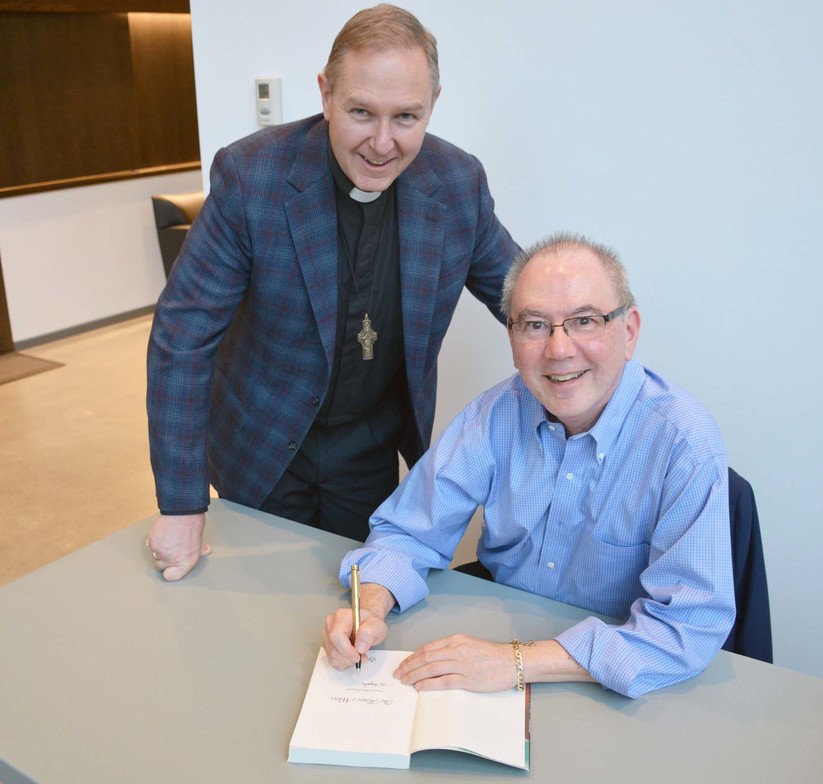 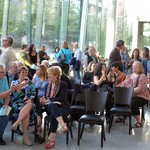 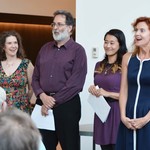 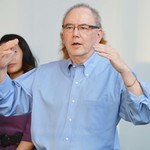 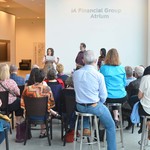 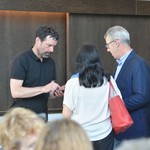 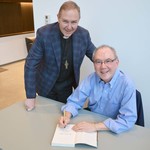 The third of three book launches held in the Lower Mainland for Simon Johnston’s new novel The House of Wives took place on Tuesday, May 17. The venue was the IA Financial Group Atrium which serves as a spacious and welcoming lobby for the BMO theatre located at 162 West 1st Avenue in the fashionable False Creek district.

Simon Johnston was a long time parishioner at St. Mary’s, Kerrisdale (SMK) but following a recent move to White Rock, he and his wife Sheila became members of The Church of the Holy Trinity, White Rock. Simon is the chair of Synod Planning for the diocese and is on the National Planning Committee for the Joint Assembly meeting involving the Anglican Church of Canada and the Evangelical Lutheran Church in Canada to be held here in the Diocese of New Westminster in 2019.

For more information about Simon and his journey from being the recently retired Artistic Director of the Gateway Theatre in Richmond to bestselling author please click to access the feature story found here on this website’s news pages.

The event began at 7pm, the bar was open and the early evening spring sunshine filled the room. Near the entrance and presentation area a bookselling table was set-up with books and sales staff from the legendary Paper Hound Bookshop.

There were between 55 and 60 people at the launch which included family and friends from the Vancouver theatre community and from Simon’s former parish, SMK.

At 7:45pm, Sarah Rogers the well-known director, producer, educator and writer, in her role for the evening as Book Ambassador began the more formal part of the program. She said “I am very happy to share Simon’s amazing novel.” Sarah continued saying that she was shocked when he quit his job as artistic director of a successful regional theatre to be a writer. For Sarah becoming a writer meant “that he would never again make any money.” She quickly reminded the group that within one week of the release of The House of Wives in Toronto on May 4 it had climbed onto and up the Globe and Mail’s Canadian Fiction Bestseller list. Sarah said that when she read the book, her “life stopped for two days.” She couldn’t put it down, the rich characters, the intriguing narrative and the vividness of the writing for her said “Next stop – Hollywood!”

Simon began his address by thanking everyone for gathering that evening and told the story of finding old papers, pictures and other information in a box belonging to his mother. This started him down the path of tracing the life of his great-grandfather, a British born, Jewish opium trader from Calcutta named Emanuel Raphael Belilios who in the 1880s became “The foremost opium merchant in Hong Kong." He had two wives: Semah from Calcutta and later Pearl a Chinese woman from Hong Kong from whom Simon is descended. Following and developing the story of the family that unfolded beginning with Emanuel took Simon on trips to India and Hong Kong. But for Simon this is his mother’s story and that is why he includes his mother’s name Choa in the author byline, Simon Choa Johnston. He finished his brief address by thanking his mother, raised his glass and said, “to mum’s and their stories, the ones they can tell and the ones they can’t tell.”

Simon is very connected to the Vancouver theatre community and for the Vancouver book launch, arrangements were made to have three actors read the three designated passages, each passage focusing on one of the novel’s principal characters.

Following the readings, Sarah encouraged everyone who hadn’t purchased a copy to do so, and Simon took his place at the desk with quill in hand to autograph copies including the copy purchased by the Executive Archdeacon of the Diocese of New Westminster, the Venerable Douglas Fenton.