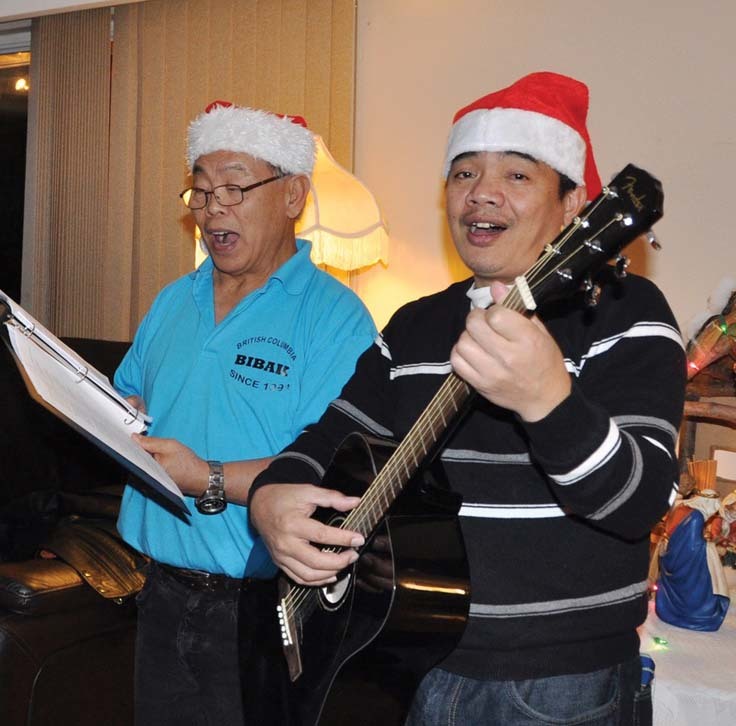 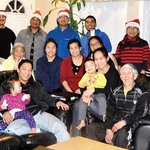 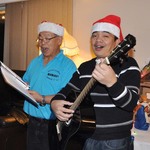 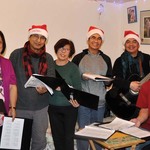 Members of the Brotherhood of St. Andrew (BSA) many who are members of the parish of St. Mary the Virgin, Sapperton took some time out from their personal Christmas week celebrations to participate in “House to House” Caroling.

Now this wasn’t just about keeping vocal chords warmed-up, it was an intentional fundraising opportunity for the BSA. According to St. Mary’s vicar, the Reverend Arvin Amayag, he had received a letter from the Church Council of St. Andrew’s, Patiacan in the Episcopal Diocese of North Philippines (EDNP) asking for some help to build a larger church building for their parish. According to Arvin “I know for a fact that we at St. Mary's do not have money for this purpose. The BSA agreed to do caroling for it. We called some friends (some are not Anglicans) and they were happy to accommodate us in their homes for caroling.”

The BSA went out and visited a total of 7 households December 27 and 28 and then received a request to sing at a home on January 2 which they gladly did. They collected $1235.00

St Andrew’s, Patiacan is partnered with St. Alban the Martyr in Burnaby as part of the Companion Diocese Ministry between the D of NW and EDNP.