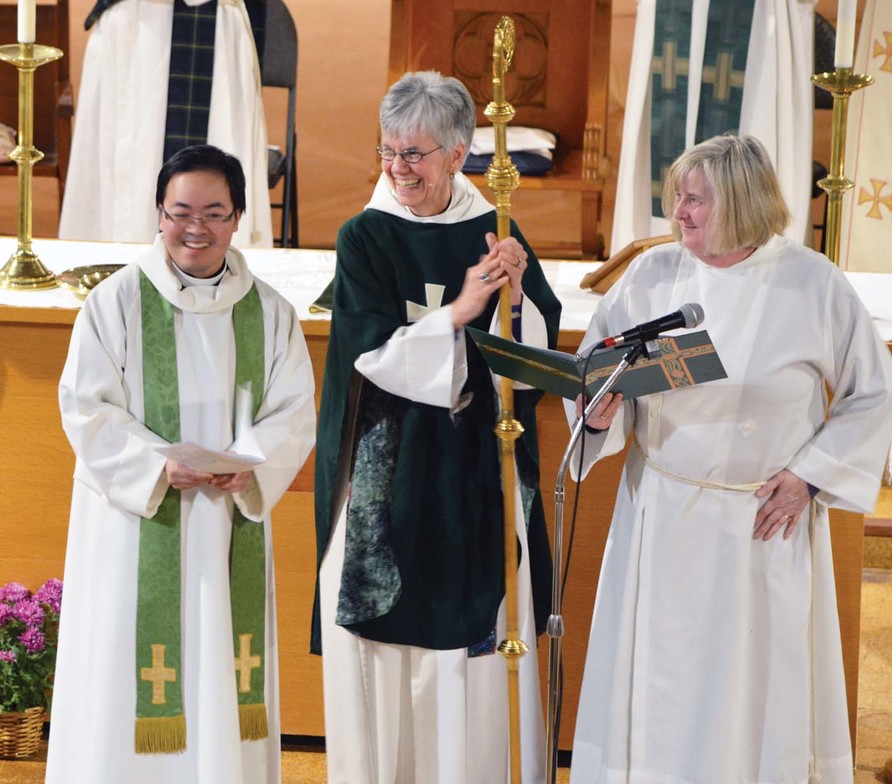 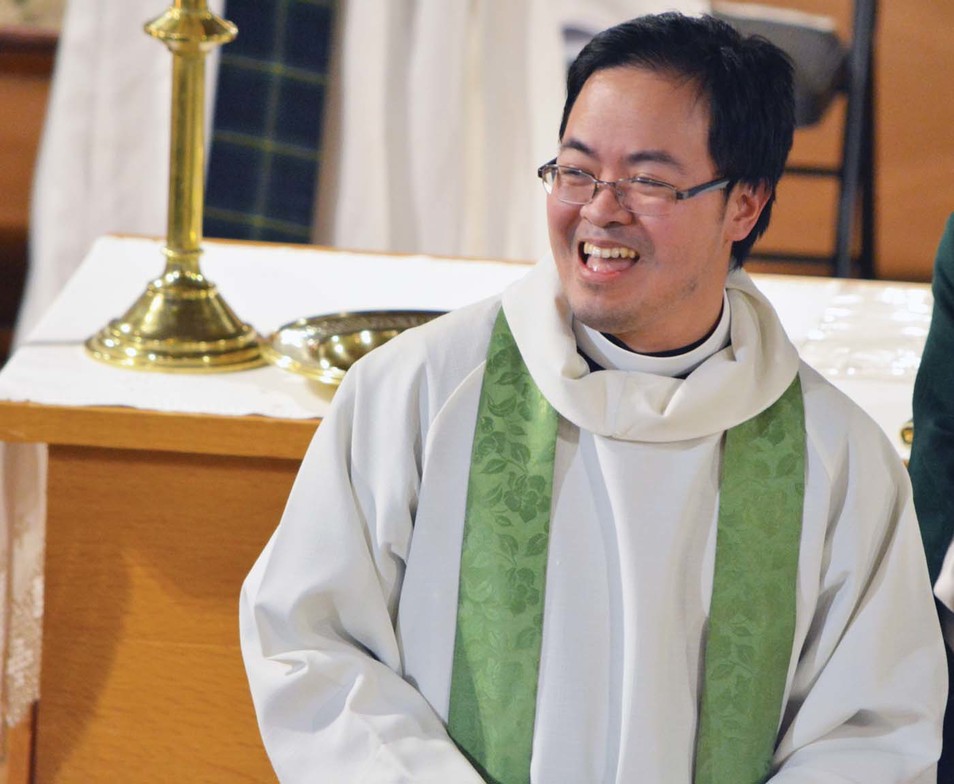 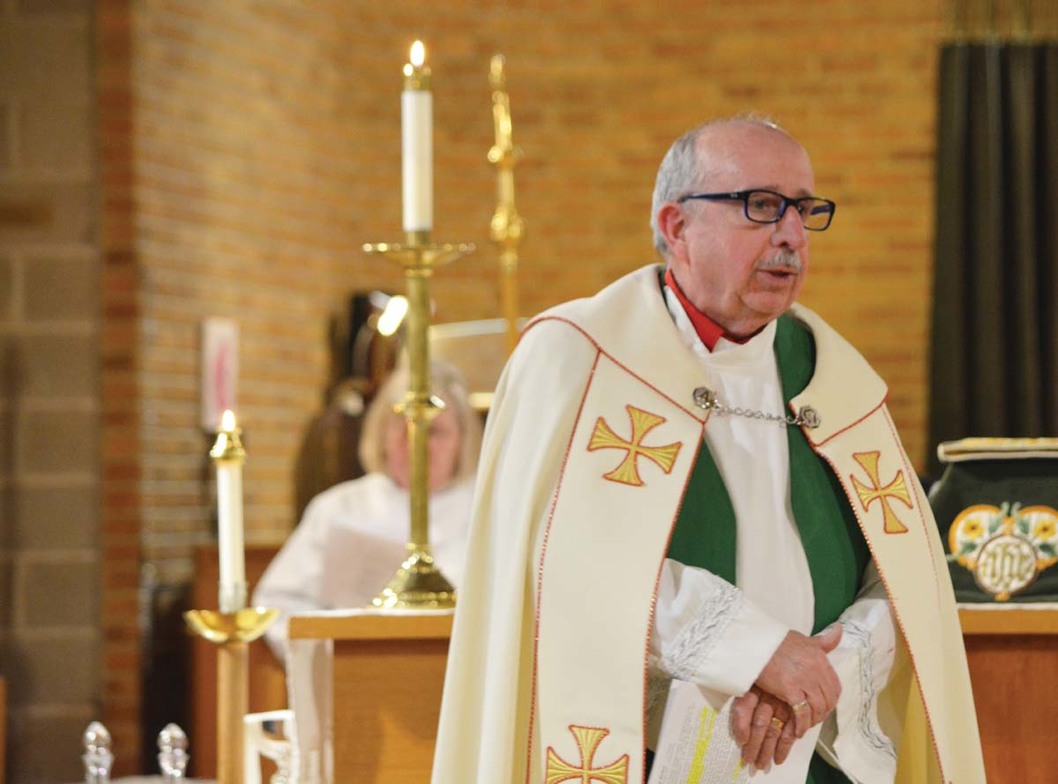 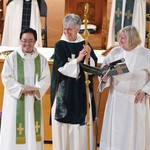 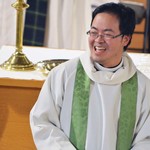 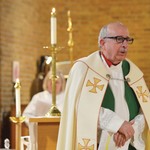 The evening of February 27, 2017 the Reverend Justin Cheng was installed by Bishop Melissa Skelton as Vicar of the Parish of All Saints', Burnaby. The liturgy was "The Memorial of George Herbert, Priest and Poet/Celebration of a New Ministry with Eucharist."

The Burnaby parish had been served by interim and Sunday supply priests for quite awhile and they were delighted to welcome a permanent ordained leader of their shared ministry together.

The Venerable Brian Evans of the Diocese of BC was the preacher. Archdeacon Evans is the Archdeacon of Cowichan-Malaspina and rector of St. Paul's, Nanaimo. The Reverend Cheng's former ministry position was as curate of that parish. He was obviously thrilled to have a mentor in ministry present and preaching at his Installation Eucharist.

There were more than a dozen priests and deacons vested and in the procession and four or five more in the congregation.

The Venerable Brian Evans, began with a reference to the Gospel for the Eucharist, John 21: 15-17 and quickly drew an amusing parallel between Jesus having to ask Peter three times if he loved him and the Reverend Justin Cheng only doing two interviews for the Vicar position. He very much enjoyed mentoring Justin who had been the fourth curate under his charge during his career in ministry. The theme of his address was that it isn't really a new ministry, it is in fact the continuation of ministry in this place. Ministry that has gone on for generations, indeed some in the congregation that evening had been attending that church since childhood. Being placed at the "head of the table" (a reference to the first reading Sirach 32: 1-13) does not mean that "you will be served" but that you have a responsibility, a clear metaphor for those who lead in ordained ministry.

Director of Music, Barry Waterlow who with a small choir of committed parishioners led the music in worship. Mr. Waterlow is an excellent pianist and accompanist and more than that he took 10 minutes prior to worship to rehearse the congregation and help them get acquainted with the Hymns and Mass setting.

It was indeed a joyful and prayerful liturgy and the evening ended with a reception downstairs in the All Saints' hall.