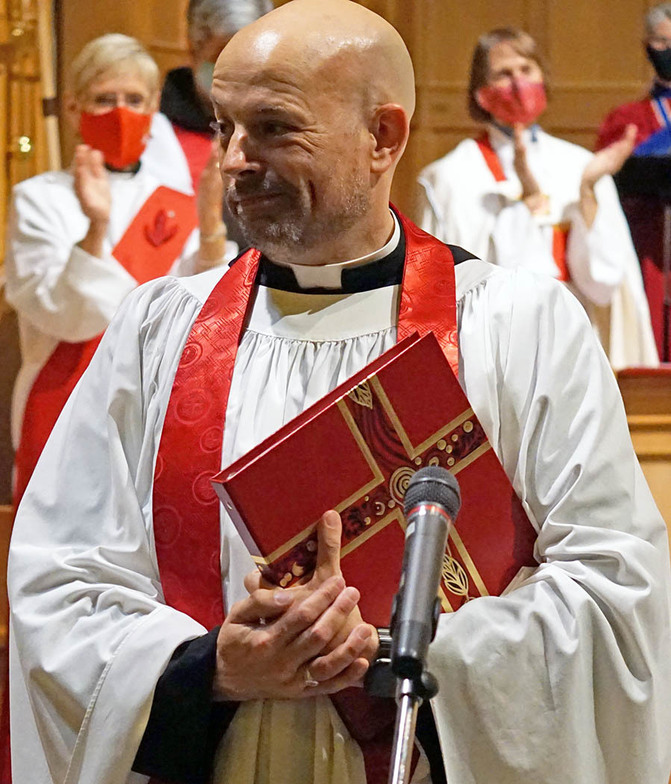 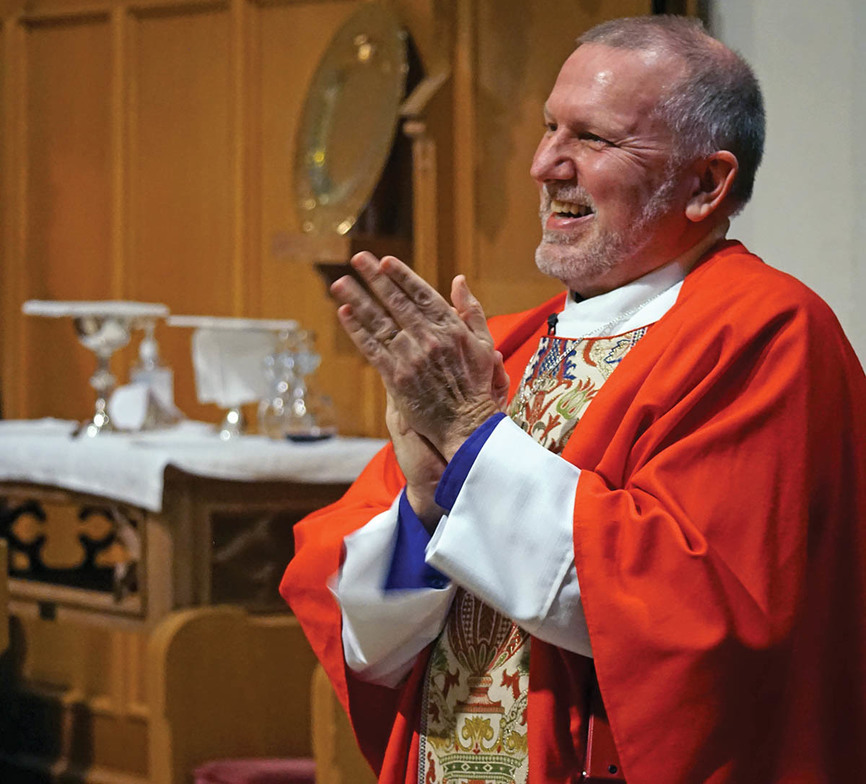 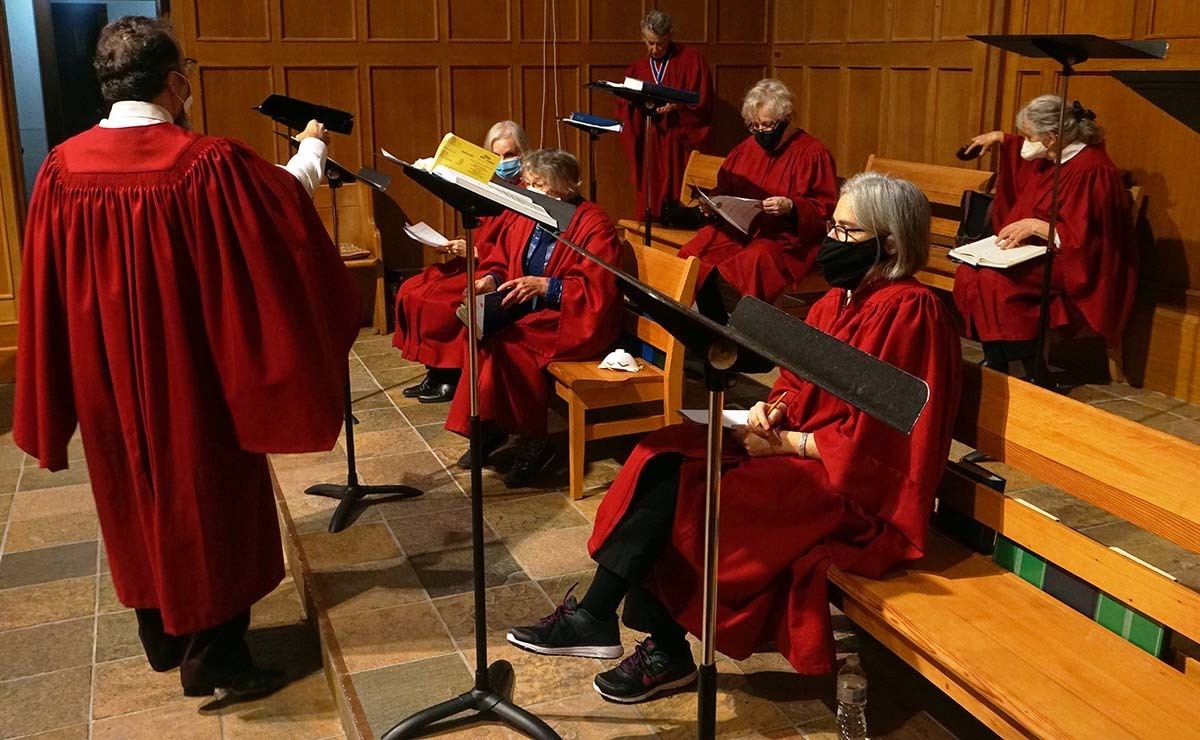 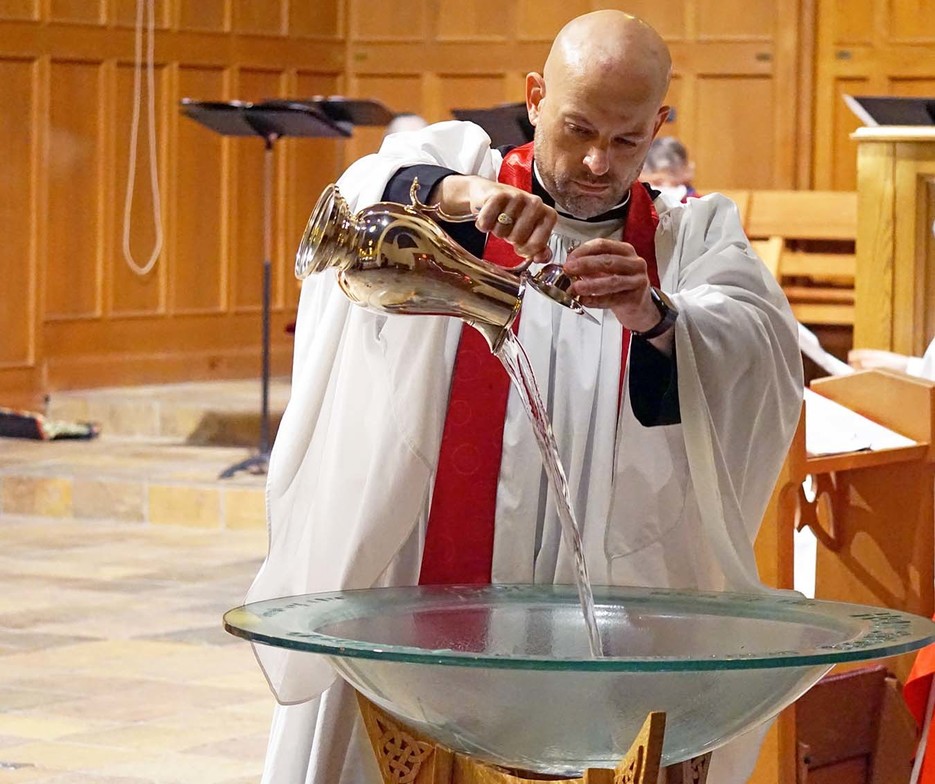 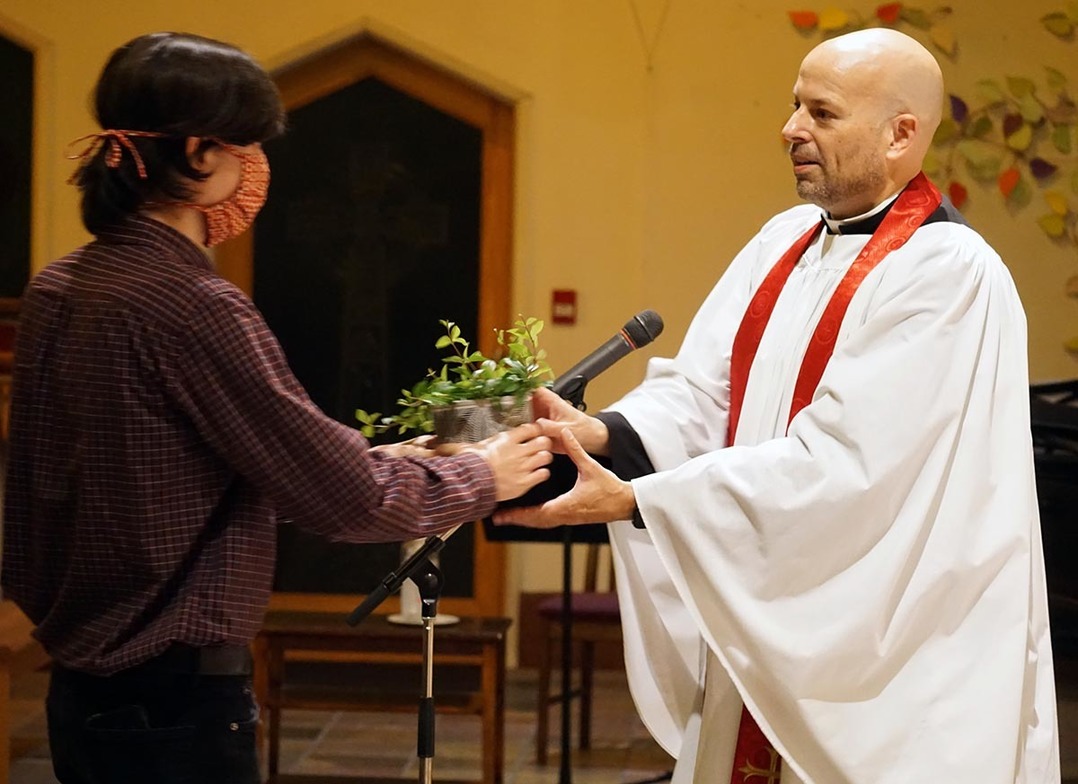 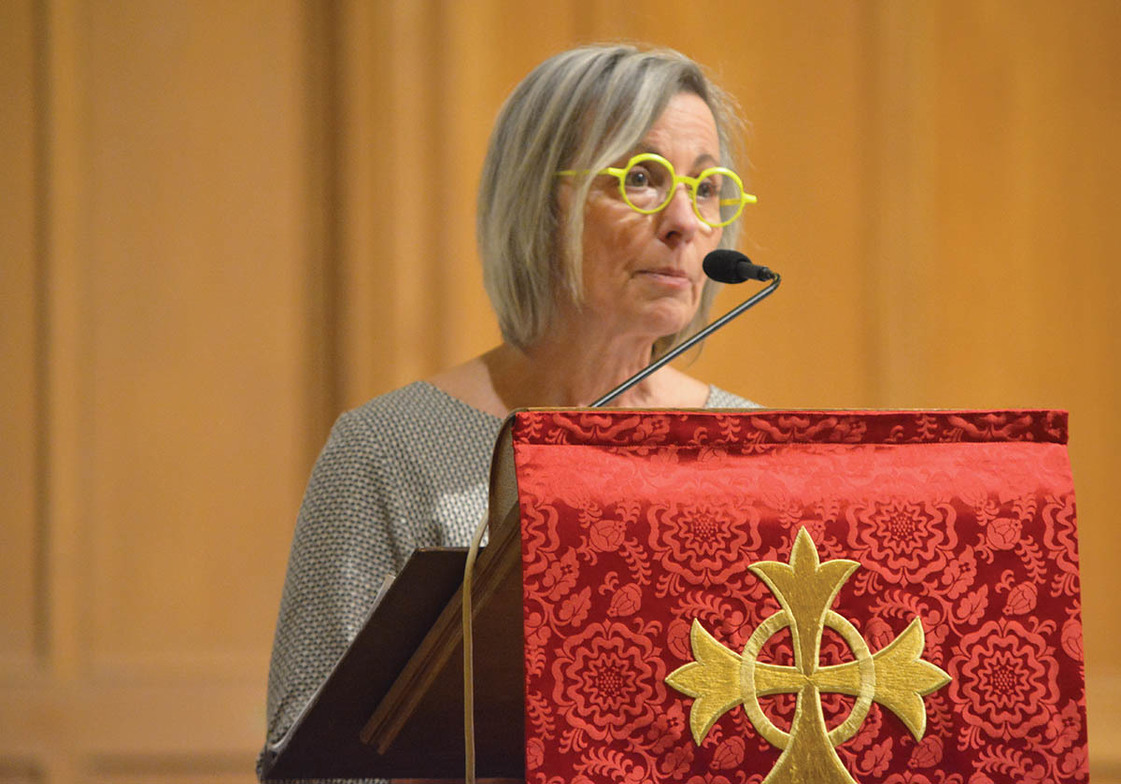 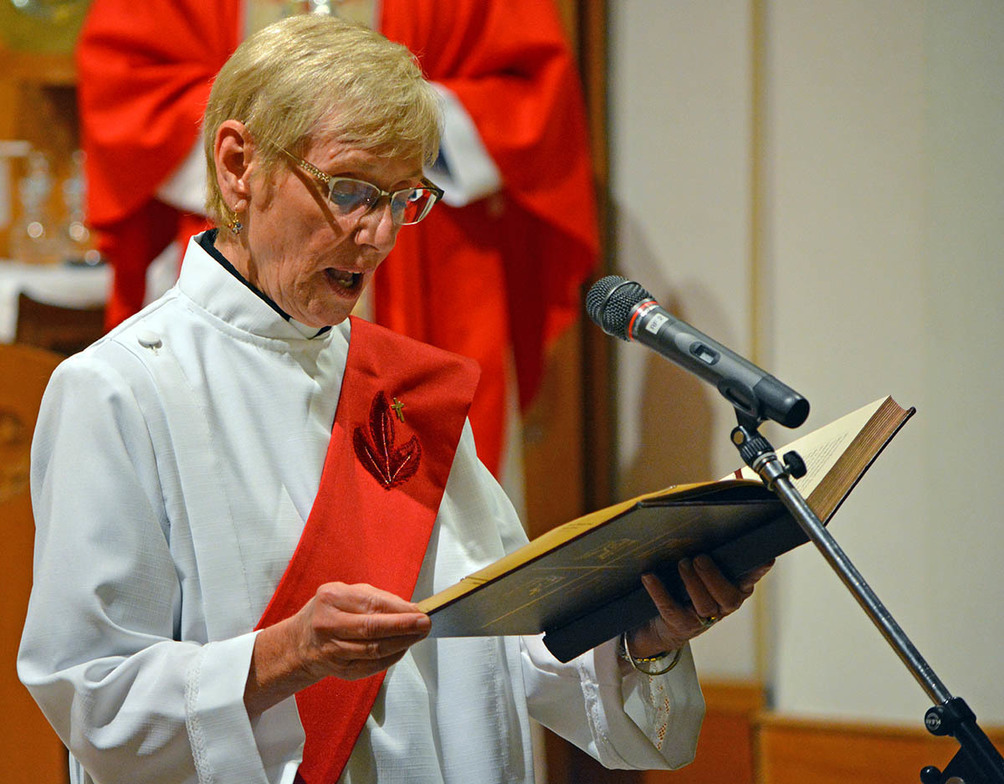 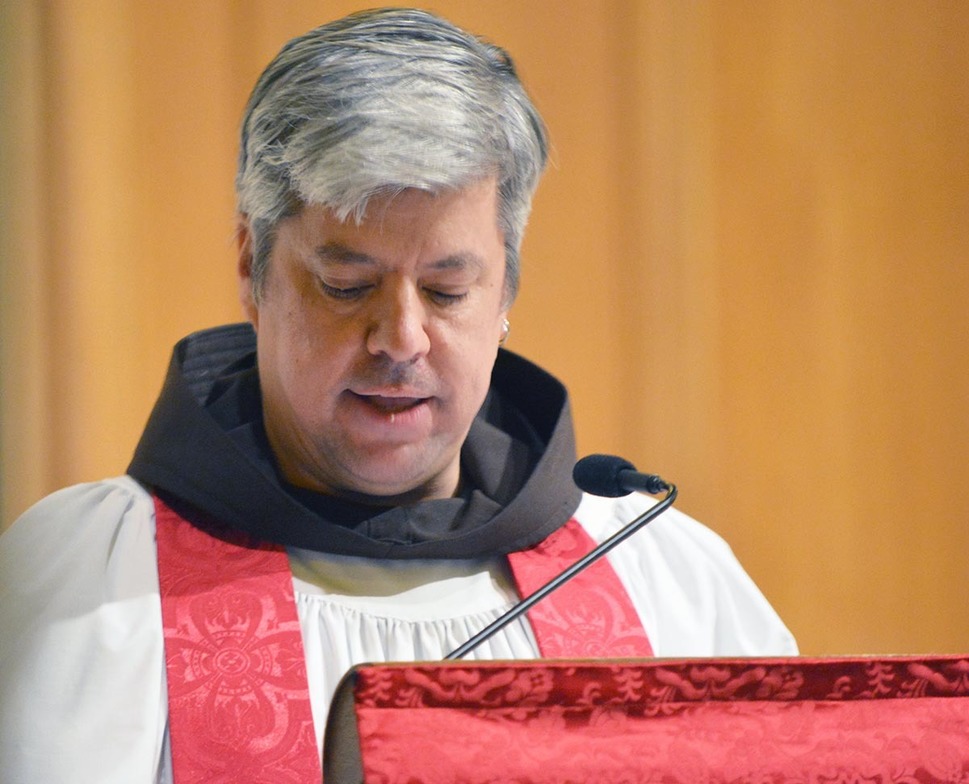 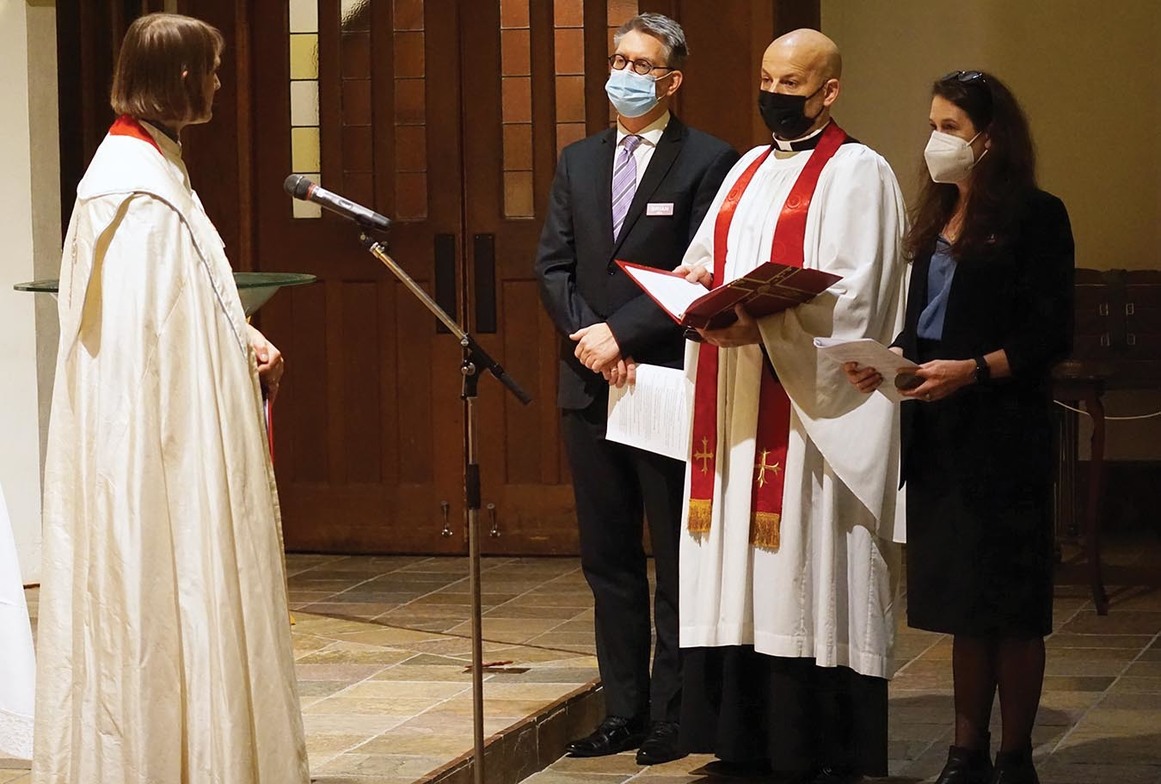 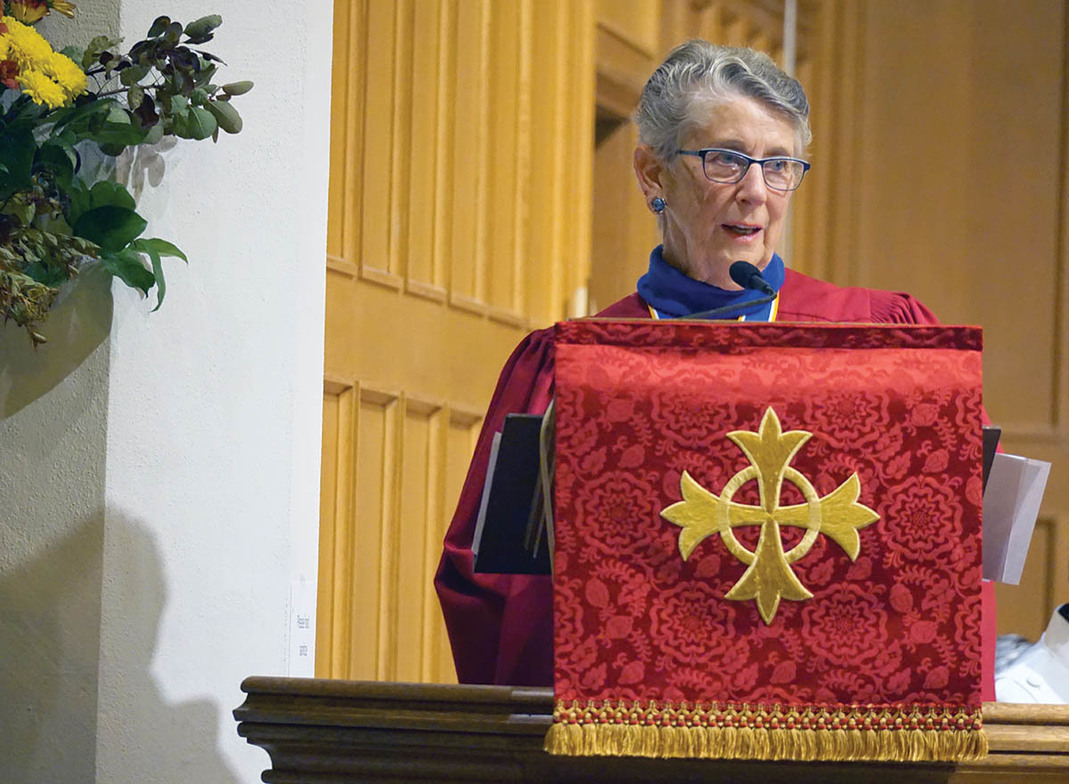 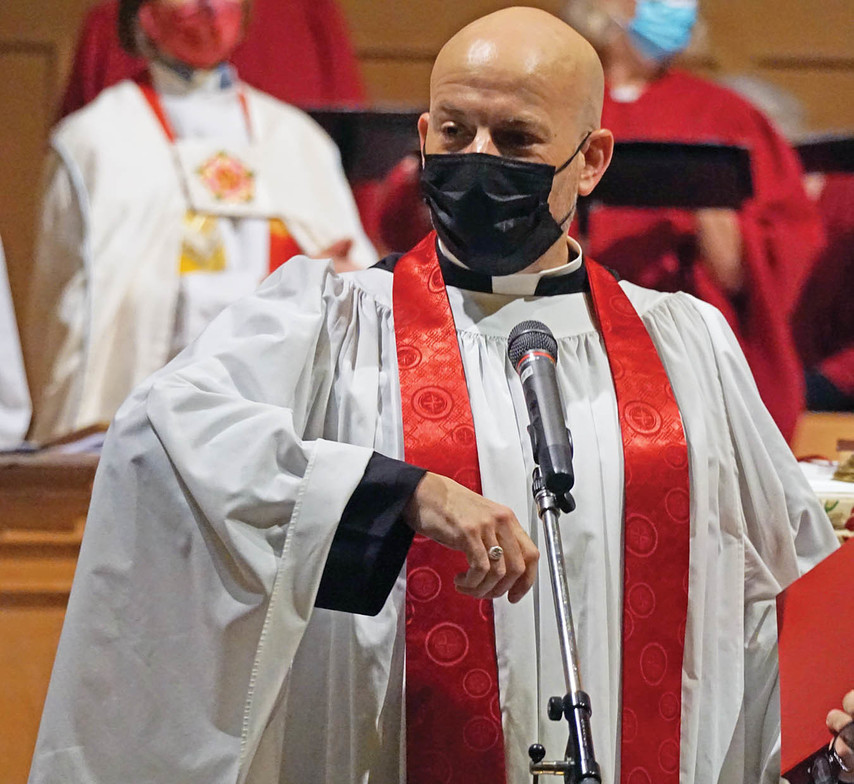 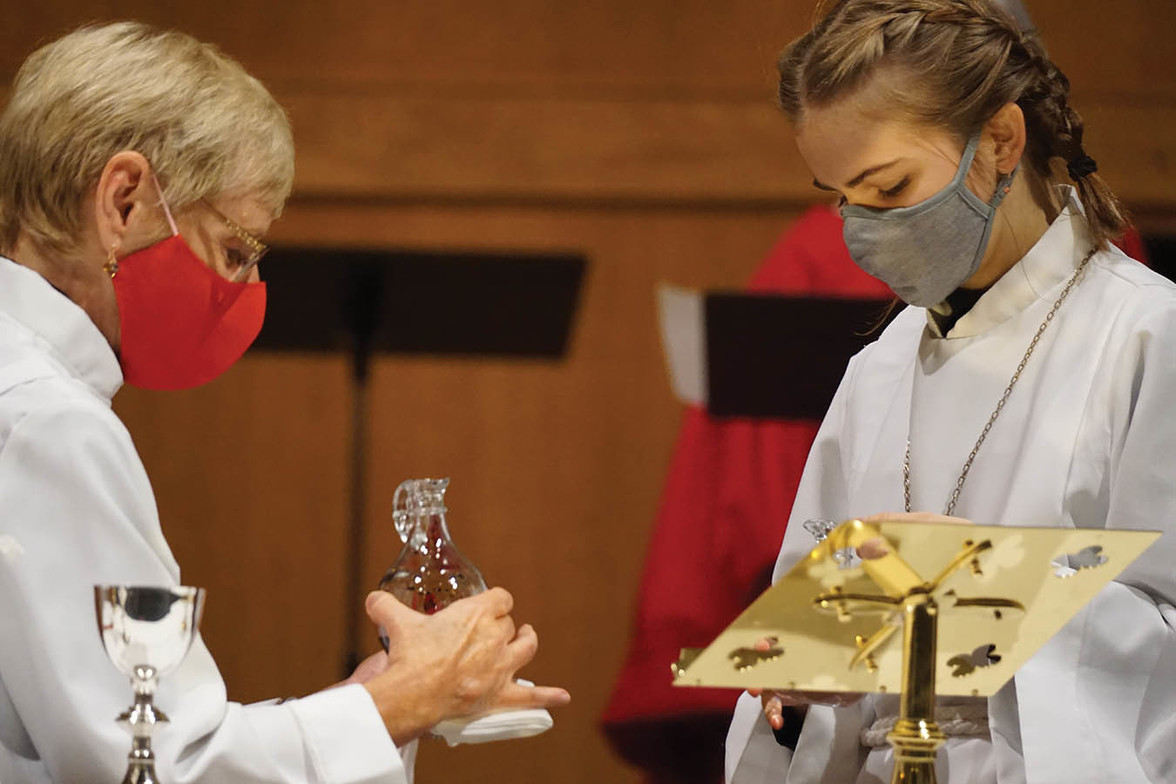 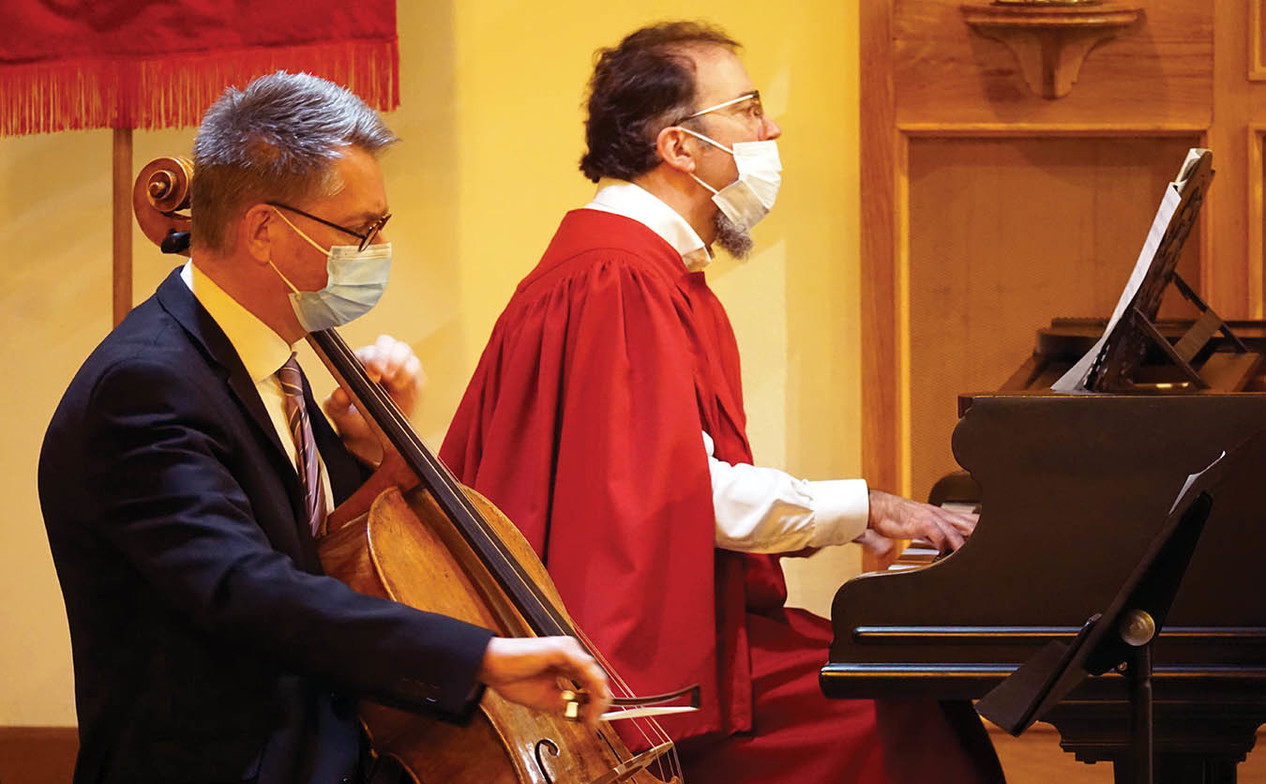 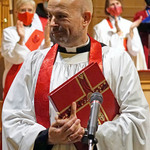 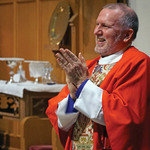 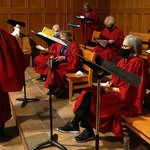 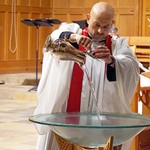 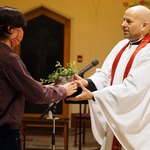 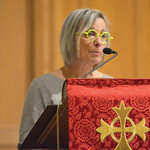 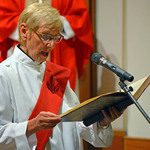 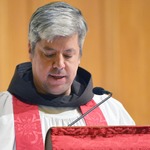 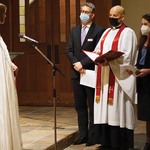 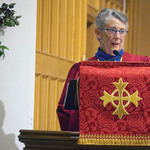 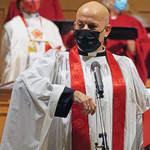 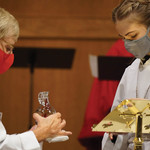 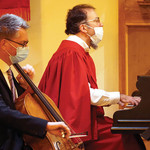 On the evening of Monday, October 18, 2021, there was a Celebration of a New Ministry Eucharist at the Parish of St. Philip, Dunbar. During this liturgy the Reverend Lorne Manweiler was inducted the 11th rector of the parish by the Right Reverend John Stephens, Bishop of the Diocese of New Westminster and the 9th rector of that parish from 2001-2016.

The Dunbar parish had experienced a comparatively short interim period following the departure of their previous rector, the Reverend Stuart Hallam. The Reverend Hallam had been appointed July 23, 2017, but due to a number of reasons was not inducted until May 22, 2018. The Reverend Hallam resigned his ministry at St. Philip as of February 28, 2021, and returned with his family to England. During the interim St. Philip’s was served by a number of experienced priests providing Sunday Supply, and a four-month interim appointment of the Reverend Philippa Segrave-Pride.

The preacher for the Eucharist was Reverend Manweiler’s friend and colleague from the Diocese of Edmonton, the Reverend Billy Isenor, OSF who was inducted Rector of St. Mark-Ocean Park on August 25, 2021.

This Feast of St. Luke induction celebration was the 12th in a series of inductions of rectors and installations of vicars in our diocese with worshippers gathered in the pews onsite that began in Tsawwassen on August 3. Some of the newly appointed clergy had been in their ministries almost two years but due to COVID-19 restrictions Celebrations of New Ministry were delayed until we were able to gather under the same roof still with many health and safety protocols in place.

The Reverend Manweiler is also the fifth priest from the Diocese of Edmonton to be appointed in the D of NW over the last two years.

Music in worship is a big part of liturgy at St. Philip. The music in worship was led by organist and director of music for the past 20 years, Michael Murray who was aided by a contingent of the St. Philip’s Chancel Choir. The Hymns and Eucharist setting were from the Anglican Church of Canada, Common Praise which encouraged congregational participation. Hymn choices for Celebration of New Ministry liturgies around the diocese are often similar, however at St. Philip there were some hymns chosen that are not as often heard: “Holy Spirit, Ever Dwelling” and “O Holy Spirit, By Whose Breath were the Communion Hymn and the “Trees of the Field” was the Closing Hymn. During Communion Michael Murray moved to the grand piano located in the nave’s northern transept. He was joined by parishioner Brian Mix who is an accomplished cellist and they offered “Spiegel im Spiegel” a 1978 composition by the Estonian composer Arvo Pärt. This piece with its use of very few chords and simple triads was beautifully played. Following the Closing Hymn and Dismissal, Michael Murray returning to the organ played a Postlude, 20th Century French composer, Jehan Alain’s 1937 composition “Litanies JA 119”.  The Reverend Manweiler is a musician, an accomplished organist, and he very much appreciated Michael’s performance.

Following the Covenant in Ministry, the Regional Dean of Point Grey, the Reverend Christine Rowe, Associate Priest at St. Mary, Kerrisdale; the Archdeacon of Granville, the Venerable Stephanie Shepard, Priest-in-Charge at St. Francis-in-the-Wood, Caulfeild (who also filled in for the Executive Archdeacon of the D of NW, the Venerable Douglas Fenton during the opening sections of the Covenant in Ministry) greeted their new colleague and also presented him with some gifts to warm the heart and bring a smile or two. The wardens of the parish followed the two clergy by also offering gifts and official words of welcome for their new rector.

There were a good number of vested clergy present and a few others in the pews as well as 60+ parishioners both in the congregation and taking part in the liturgy.

Please keep the Parish of St. Philip Dunbar and their new rector, the Reverend Lorne Manweiler in your prayers.

Here are a few words about the Reverend Manweiler:

Before beginning his appointment at St. Philip, Dunbar on October 1, the Reverend Lorne Manweiler was Rector of St. Timothy’s Anglican Church, Edmonton, and Diocesan Canon for Worship and Liturgy for the Diocese of Edmonton.  Hailing from Vernon, BC and an alumnus of the University of British Columbia and Concordia Lutheran Seminary, he has served Lutheran and Anglican parishes in Medicine Hat, Calgary, Vulcan, Wetaskiwin, and Edmonton.  He has most recently served as instructor of organ and sessional professor of theology at Concordia University of Edmonton and Concordia Lutheran Seminary.  Rev. Manweiler is a sought-after international recitalist, clinician, facilitator, and lecturer in church music, liturgy, doctrine, and Christian identity.