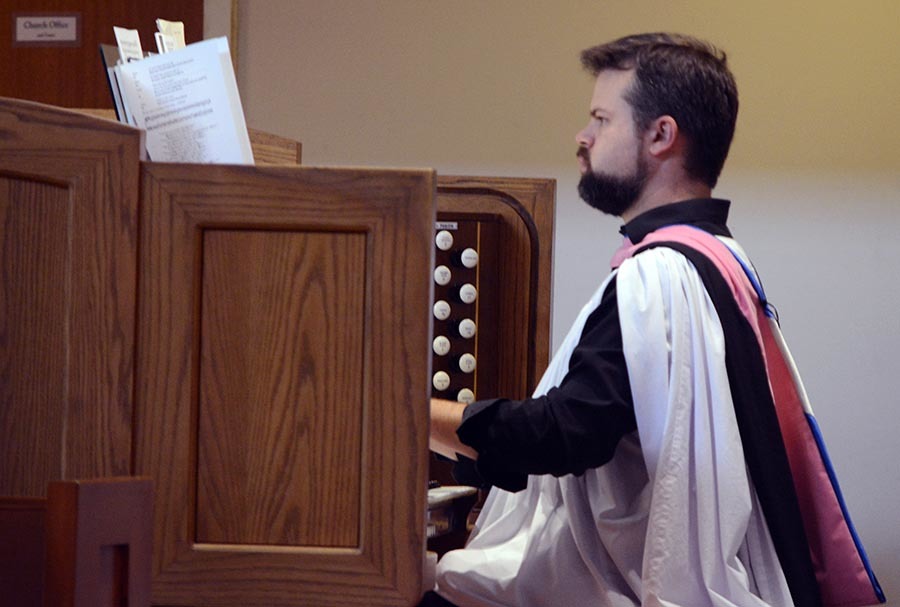 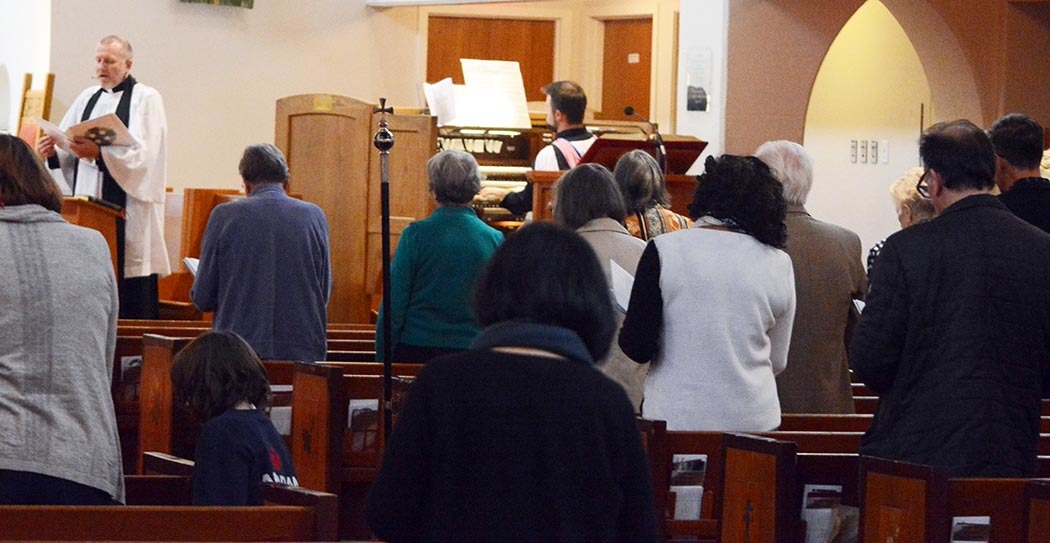 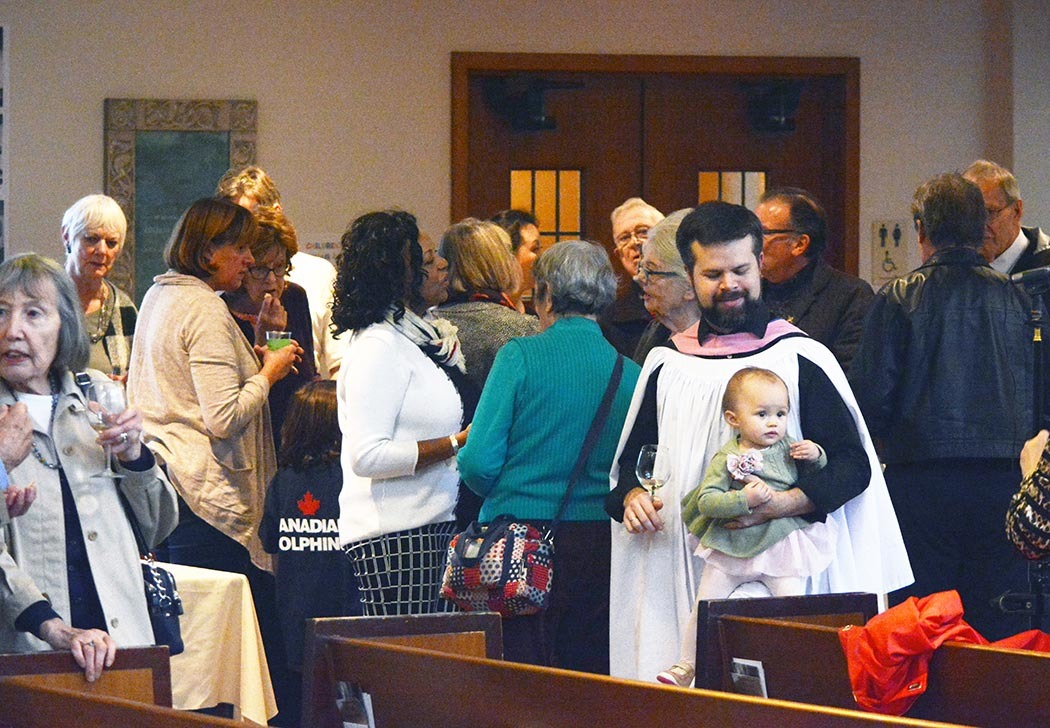 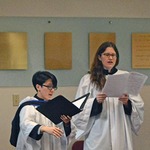 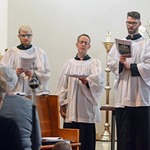 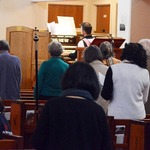 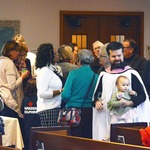 Members of the Parish of St. John’s Shaughnessy, special guests and folks who just love organ music and Evensong gathered in the sanctuary for a Celebration of Evensong on the Feast of St. Simon and Jude, Sunday, October 28, 2018.

Inspiration for this Evensong was the fact that it would be 50 years ago to the day that the parish’s current instrument, a JC Hallman custom built organ of 3,686 pipes was dedicated by the Most Reverend Godfrey P. Gower, Archbishop of the Diocese of New Westminster and Metropolitan of the Ecclesiastical Province of BC/Yukon in 1968. Current organist, Michael Dirk, although in his mid-30’s is very much aware of the organ’s history and of the history of the music ministry at the Shaughnessy parish and is a conscientious and passionate steward of that history.

Following worship and prior to the Postlude, Michael gave a brief reflection about the instrument, the former organists and directors of music of the parish and some information about the ongoing revitalization program begun in 2017. He included some of the history of the initial fundraising for the instrument which in 1968, had a price tag in excess of $100,000.  At the time this amount was the equivalent value of three Shaughnessy neighbourhood homes and is close to $750,000 in today’s dollars. However, to commission an instrument comparable to the Hallman today would be around $1.7M.  Michael Dirk believes that the congregation took out a $60,000 loan for the Hallman, as the original budget was $45,000.

The organist who created most of the energy to get the Hallman organ funded, designed and built was  at the time a recent immigrant (1966) from England, Frederick Carter. Fred Carter prior to his move to Canada had been organist at St. Paul’s Church the parish church associated with St. Alban’s Cathedral and Abbey in Hertforshire, and then assistant organist at St. Alban’s Cathedral, and in 1951, was appointed at Armagh Cathedral in Northern Ireland where he remained until 1966. He was a fine organist and a skilled choral director. A happy side effect of the many months of exile from the St. John’s chancel while the organ was installed in 1968, was that the choir’s new location in the gallery gave birth to a new choral ensemble, “The Gallery Singers”. Under Carter’s leadership The Gallery Singers quickly evolved into one of the finest choirs not only in Vancouver but in the country, and maintained a high level of excellence for decades. Two original members of the choir, Margaret Briscall, ODNW and John Mitchell were present at the service, as were offspring of two of the original members, David Quinton (Ted Quinton) and the author of this article, Randy Murray (Alex Murray).

Returning to the 2018 version, the sextet of skilled choristers and their director, Ann Chen, led the music in worship with a varied repertoire of service music and congregational hymns. The repertoire included: an Introit, Orlando Gibbons’ “Almighty and Everlasting God”; Charles Wood’s Magnificat and Nunc Dimittis from his Evening Service in D Major; John Stainer’s, How Beautiful Upon the Mountains; Psalm 119: 89-96, Anglican Chant;  The Versicles and Responses from the Book of Common Prayer/1963 Canadian Psalter were led by St. John’s rector, the Venerable John Stephens. Archdeacon Stephens also offered a homily focused on the lives of the two saints celebrated in the lectionary that day.

Following the Closing Hymn “God of Grace, and God of Glory” and Michael Dirk’s Reflection, Dirk closed the formal portion of the program with a Postlude, Fugue from ‘Introduction Passacaglia and Fugue’ in Eb minor by Healey Willan. He pointed out that Willan composed this piece in 1916 when he was 36, which is Michael’s current age. The piece is considered Willan’s masterwork for organ. Michael's performance of this varied and challenging piece was both sensitive and dynamic.

Following the Postlude, everyone moved into the north transept for refreshments and conversation before going out into the very rainy October Sunday afternoon.

Support for the revitalization and continued maintenance  of the organ is ongoing and there are opportunities for folks to help. For more information please contact Michael at organist@sjs.net