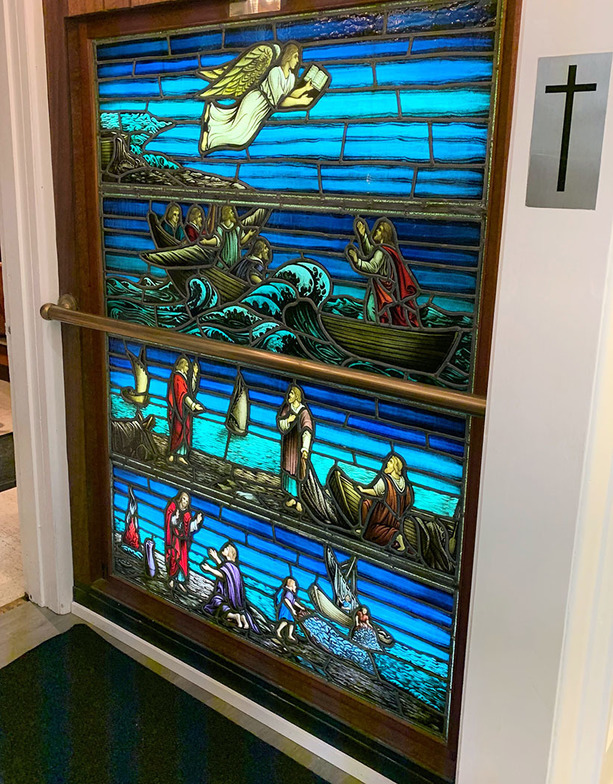 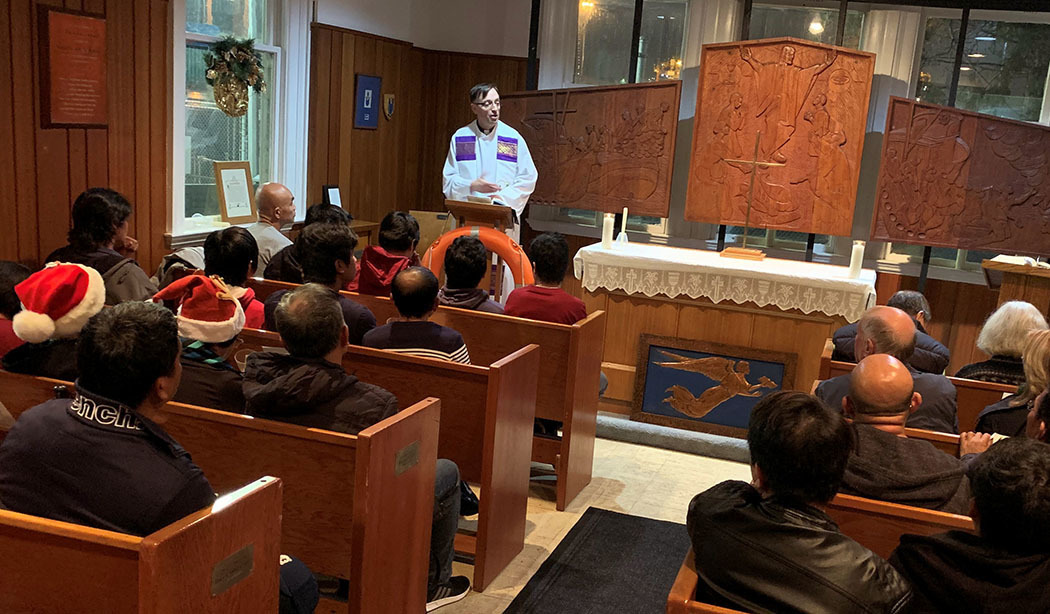 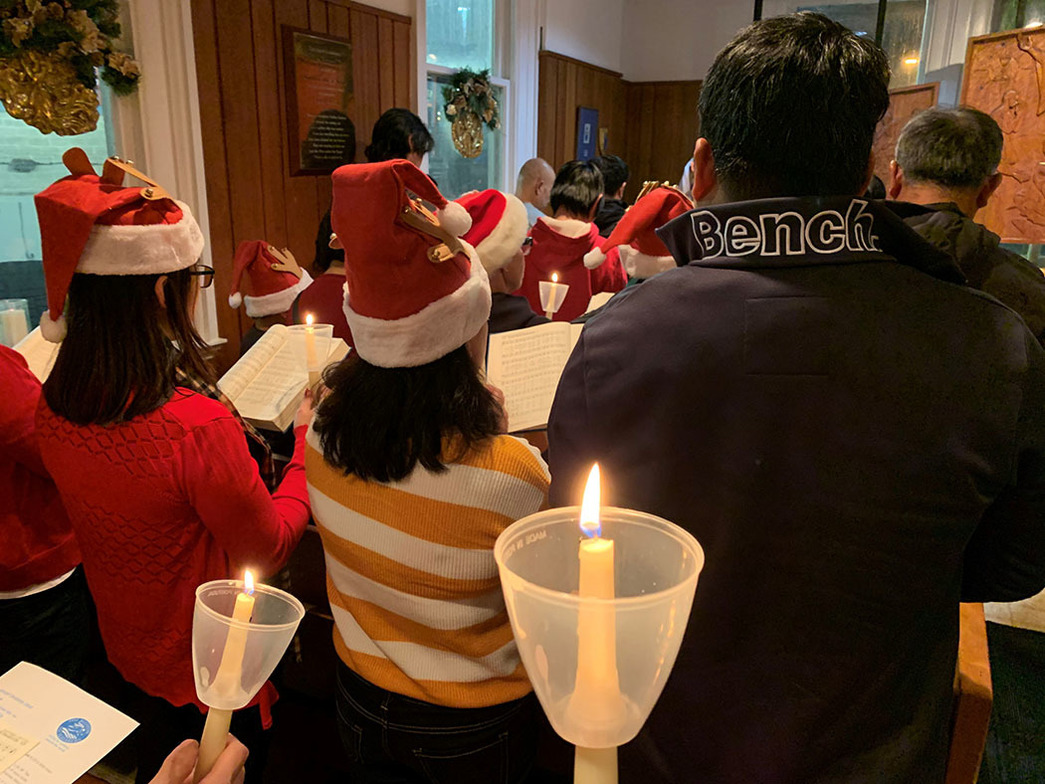 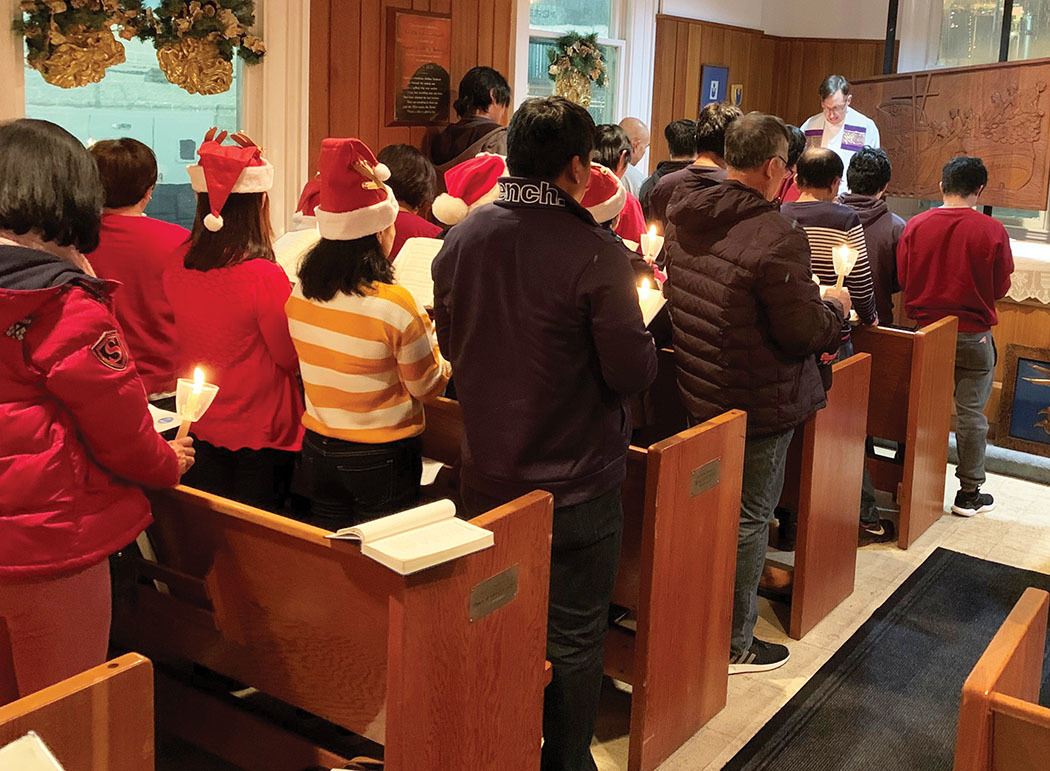 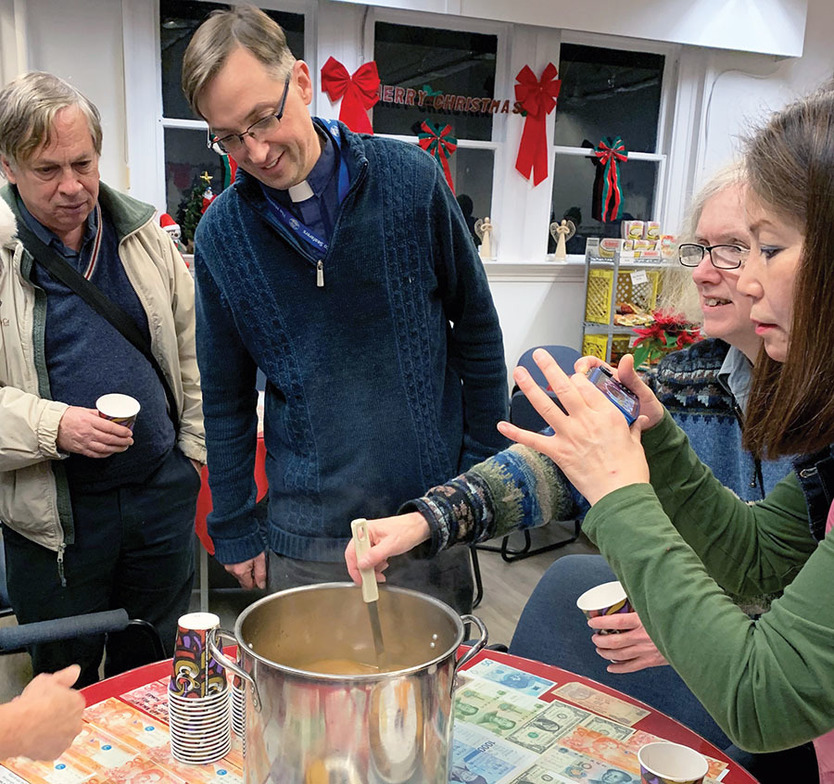 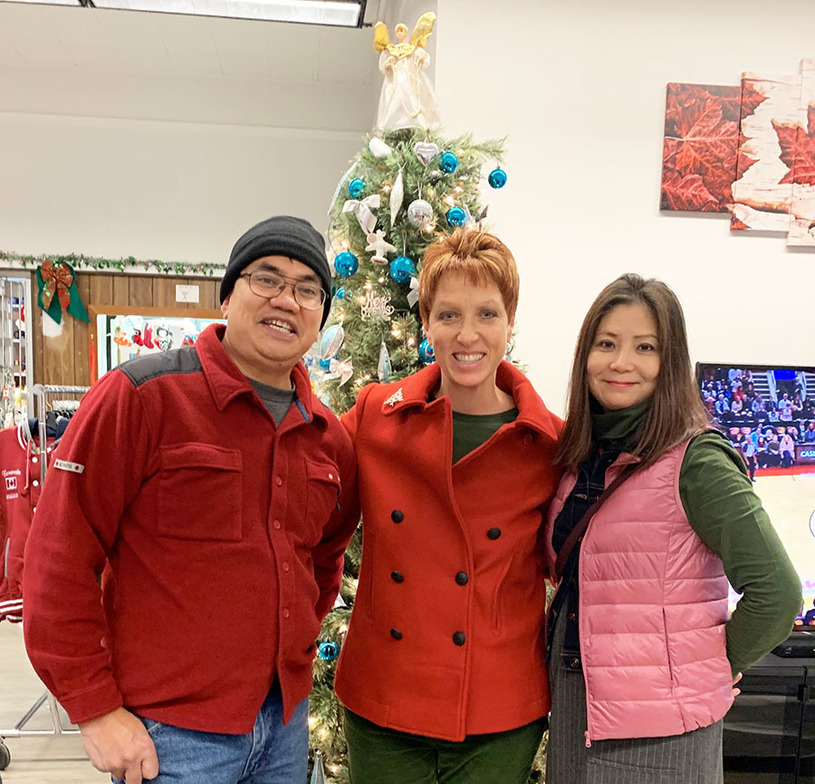 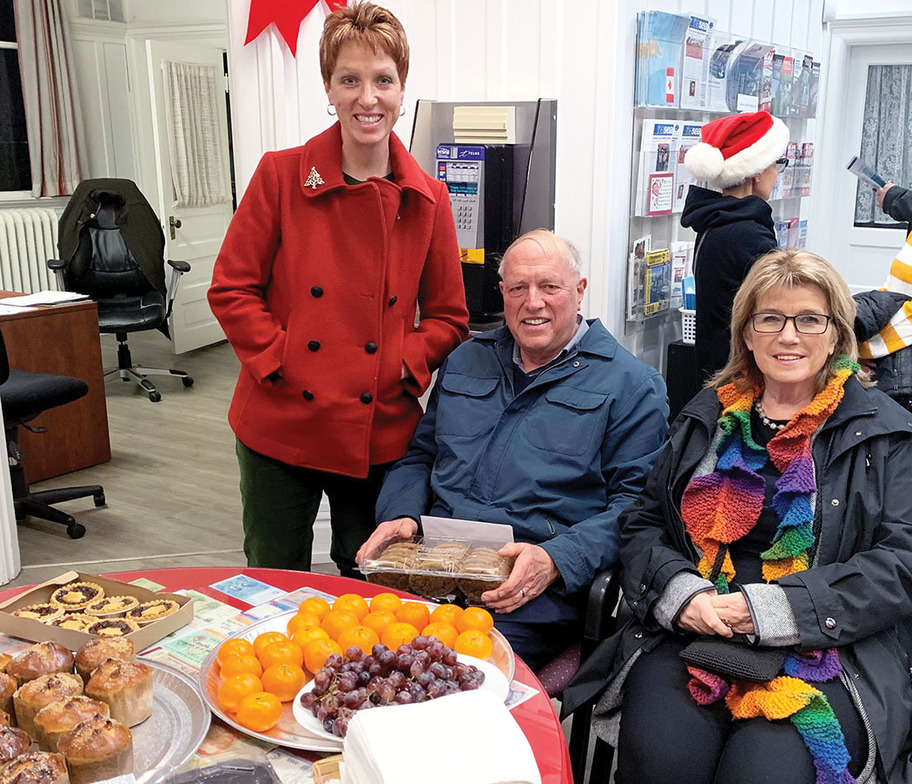 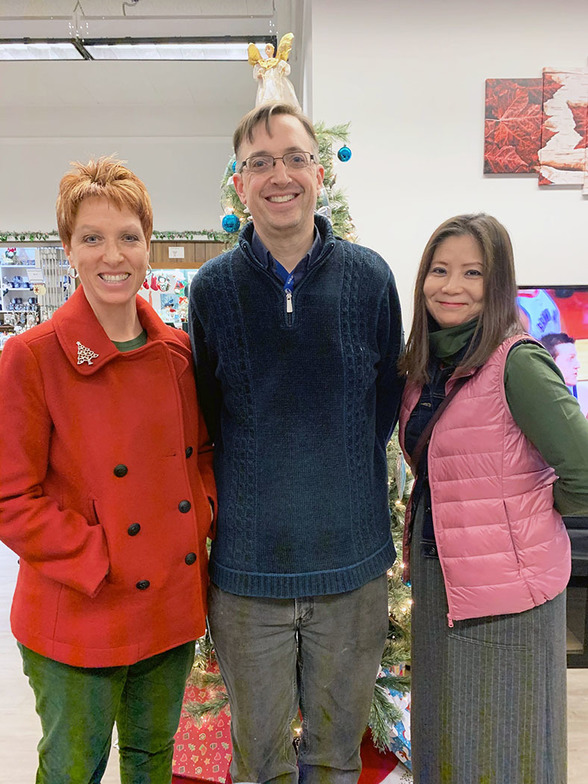 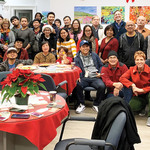 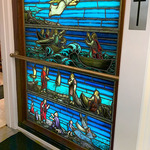 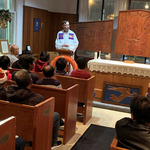 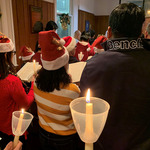 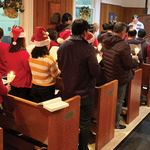 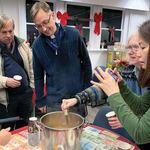 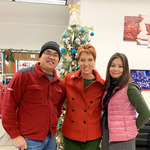 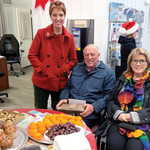 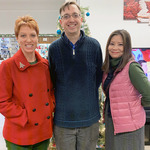 On Friday December 20, 2019, The Mission to Seafarers (MtS) on Waterfront Road in Vancouver held their second annual Christmas Carol Service and party. The chapel and the main public area of the Mission were beautifully decorated for the season. The heritage chapel was full, with approximately sixty people in attendance. The liturgy began with the carol "Once in Royal David's City", followed by words of welcome and the bidding prayer by presider, the Mission's Senior Port Chaplain, Reverend Peter Smyth.

As with the inaugural liturgy in 2018, many of the Carol Service congregation were from St Michael's Multicultural in Vancouver, including rector, the Reverend Wilmer Toyoken. A large percentage of those who regularly volunteer throughout the year at MtS are from the Parish of St. Michael's.

Seafarers from three different ships anchored at the Port of Vancouver attended the service and festivities, which was an extra special addition to the evening. The three ships were Iolocos Ambition, La Luna and Ecoan GO. At the end of the evening, the Mission's chaplains presented the visiting seafarers with bags of Christmas gifts and various items to take back to their colleauges working on their respective ships. It was wonderful that everyone was able to pose for a group photo during the reception that followed worship.

The festive reception in the main gathering space of the Mission included coffee, tea, hot apple cider, baking and sweets provided by the Mission and volunteers. Everyone enjoyed the refreshments and treats as Christmas music played in the background.

Friends old and new enjoyed kicking off the Christmas season together in "the blue house on the waterfront" more commonly known as the Flying Angel Club, and together celebrating the invaluable work, hospitality and ministry which MtS provides to seafarers and their families. (www.flyingangel.ca)