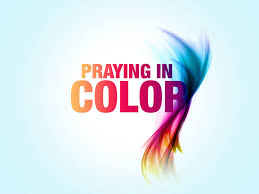 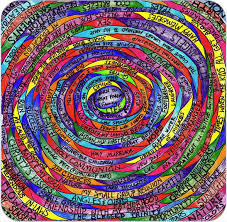 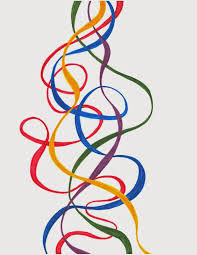 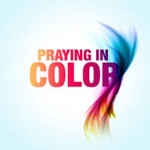 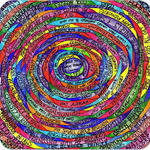 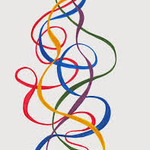 The delightful location of West Vancouver’s St. Francis-in-the-Wood acted as a perfect setting for the exploratory workshop, “Colour Your Soul”, led by the Reverend Jeannette Stigger and retired Pastoral Associate, Heather Luccock.

Thirteen participants from local churches representing a variety of backgrounds and ages gathered on Saturday, January 17, to explore this little known subject. Until the introduction, the workshop’s title “Colour Your Soul” meant little or nothing to the group but at the conclusion of the work shop, that had all changed to new understanding of colour and its unique meaning to each person.

Introductions were simple: Each person stated their name, lit a candle and floated it in a bowl of water that had been placed on a rainbow of napkins.

The event began with a hymn “Lord you have my heart” initiated by Heather Luccock, and a prayer, followed by an overview of the afternoon’s plan by the Reverend Jeannette Stigger. She commented that “all prayer doesn’t happen in the head; it happens in the heart and the hands as well.” This concept introduced the first exercise that was to identify one’s own sense of colour attached to one’s emotions. Using little boxes drawn on craft paper, each person filled in the box with a colour representing a personal emotion. There were no two the same. Some common emotions, but expressed in different colours were: joy, peace, passion, delight, pride, faith, etc.

Then each person was asked to colour their previous day…no words or explanations, just a design. Before each project, after the introduction, there was a marked silent pause as the participants gathered their thoughts.

The third sketch involved silence, and many went apart, into corners of the room, or into the church itself or even the kitchen, as this was the most difficult, to describe looking down on you, what would God see? To achieve this, for non-artists, was a distinct challenge in that most had no idea of what God might see, and wouldn’t He see everything? Scary!

The lunch break brought everyone back into the “here and now”.  A tasty soup made by St. Francis’s rector, the Reverend Angus Stuart, (from whom came the invitation to do the work-shop), was followed by buns, cheese and fruit, and hearty conversation concerning the work shop.

Two books were recommended, “Praying in Colour” by Sybil MacBeth, and “Colorful Prayer” by Sheila Merriweather. Involved were the concepts of praying in colour as “an active, meditative, and playful prayer practice, a re-entry into the childlike world of colouring and improvising” (MacBeth)

As a new approach to intercession, colouring free-form, was perhaps the most interesting study. It truly showed that doodling with a prayerful open and non-subjective attitude could have merit in the freeing up of the spirit. At the very least it showed what was happening subliminally when one opened up oneself to colour.

A grateful thanks was extended to both leaders at the conclusion of the day.