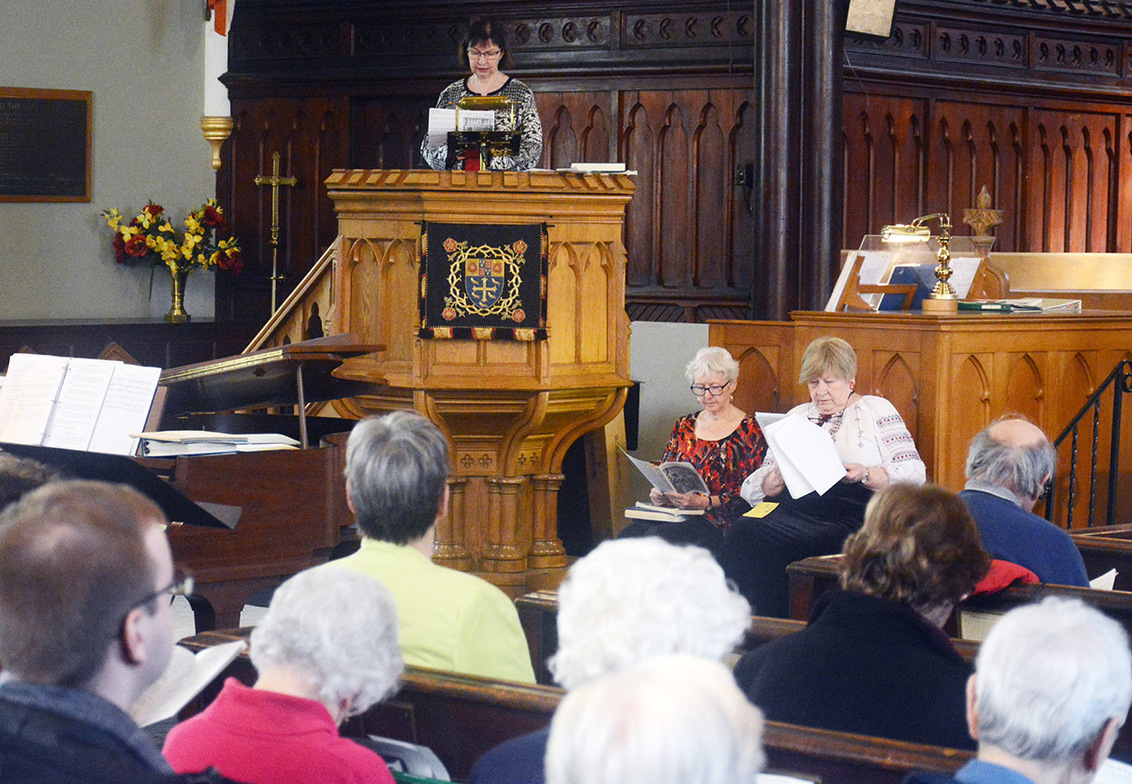 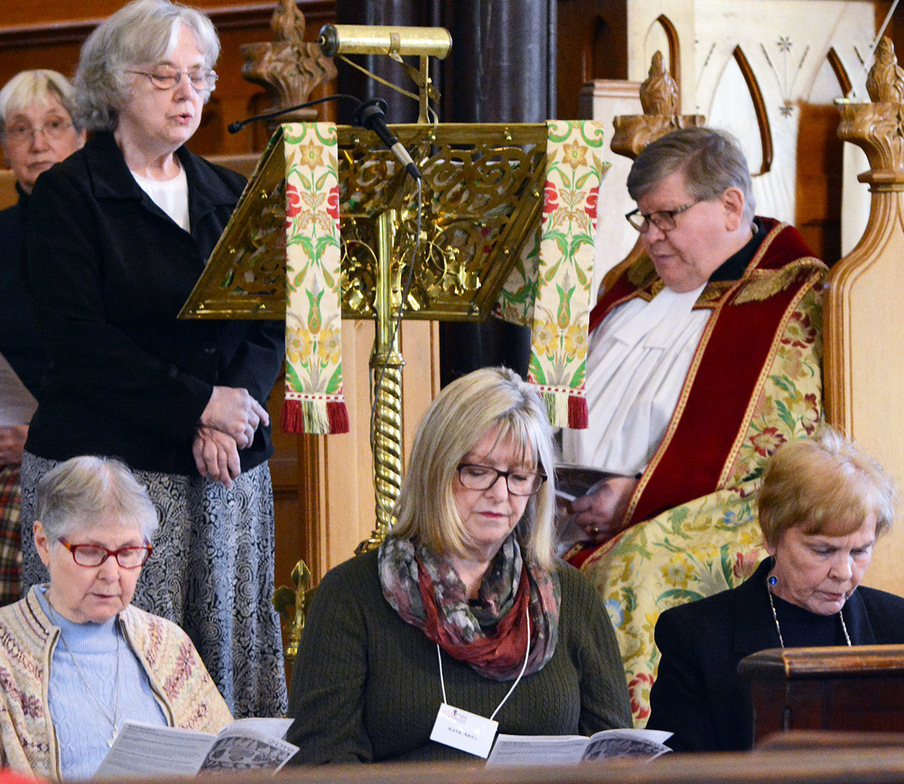 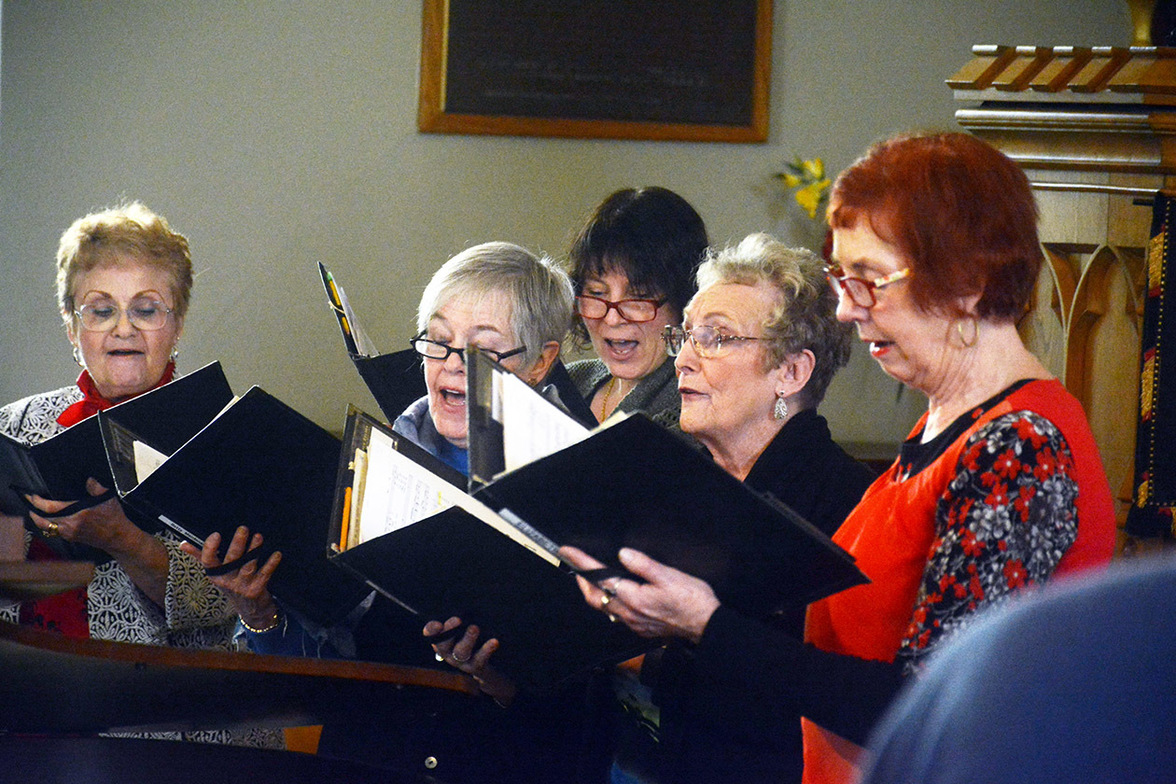 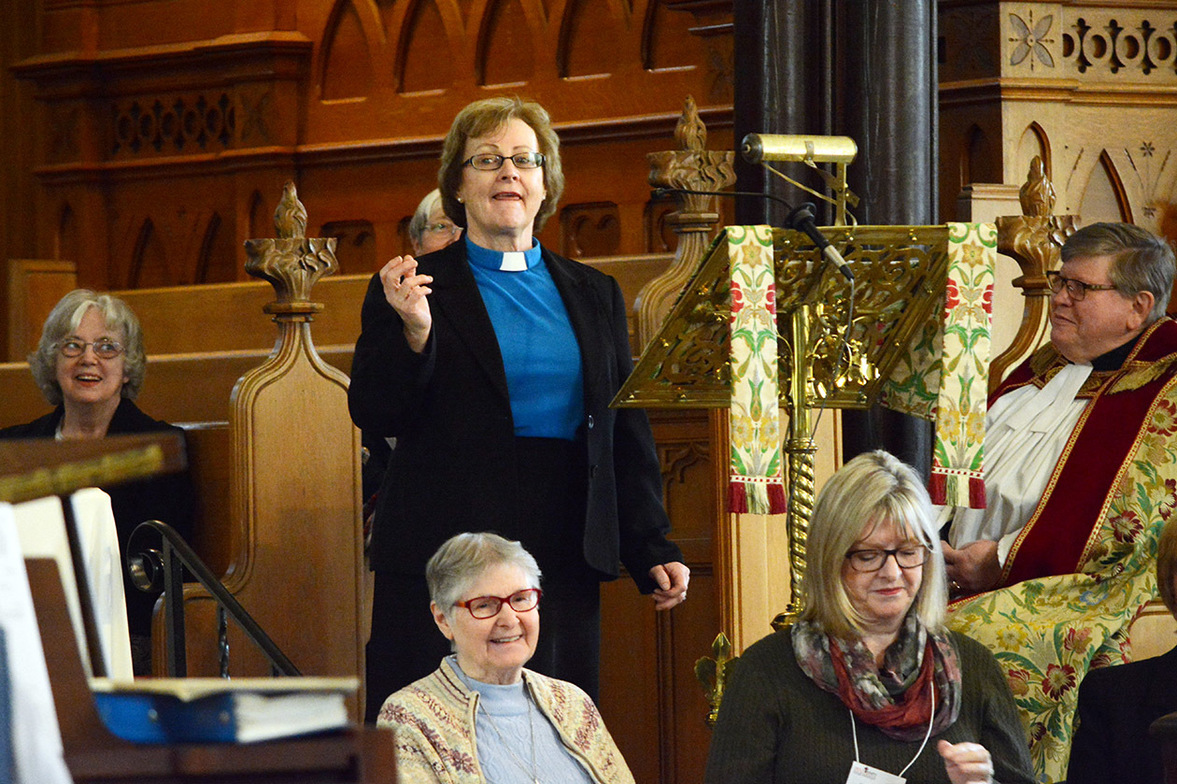 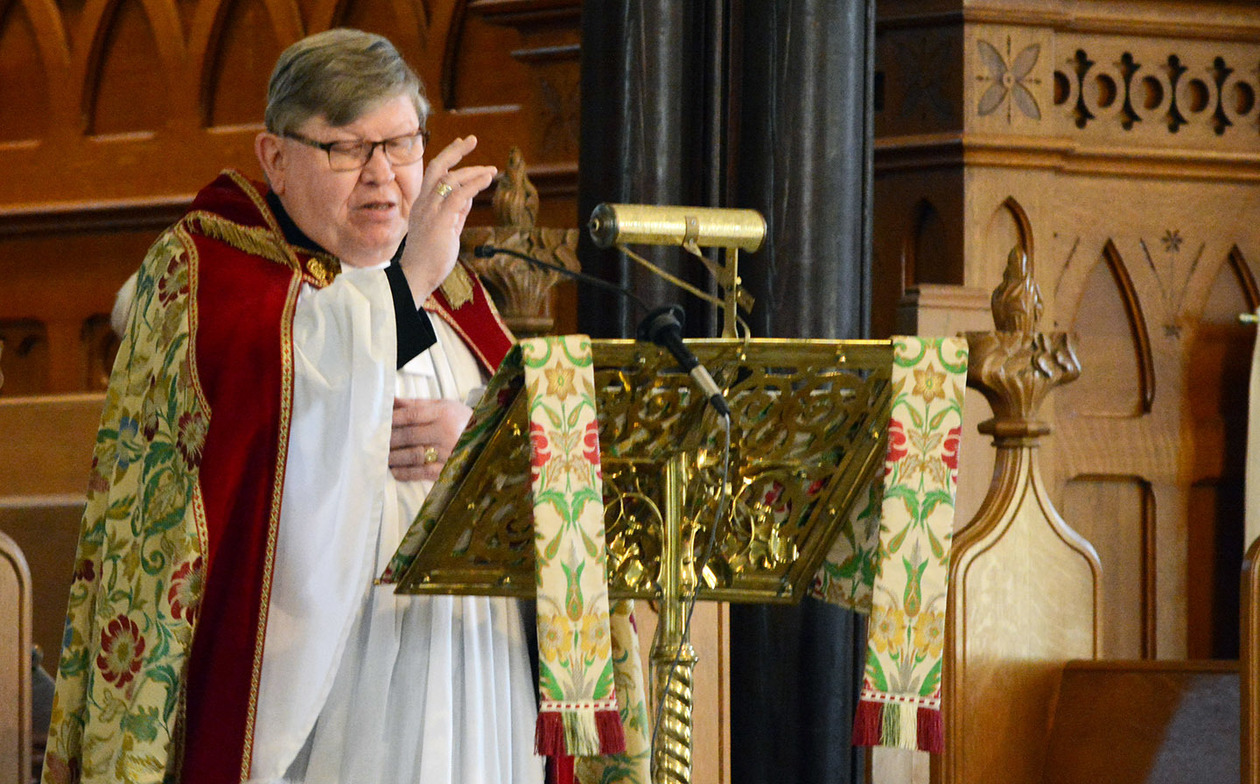 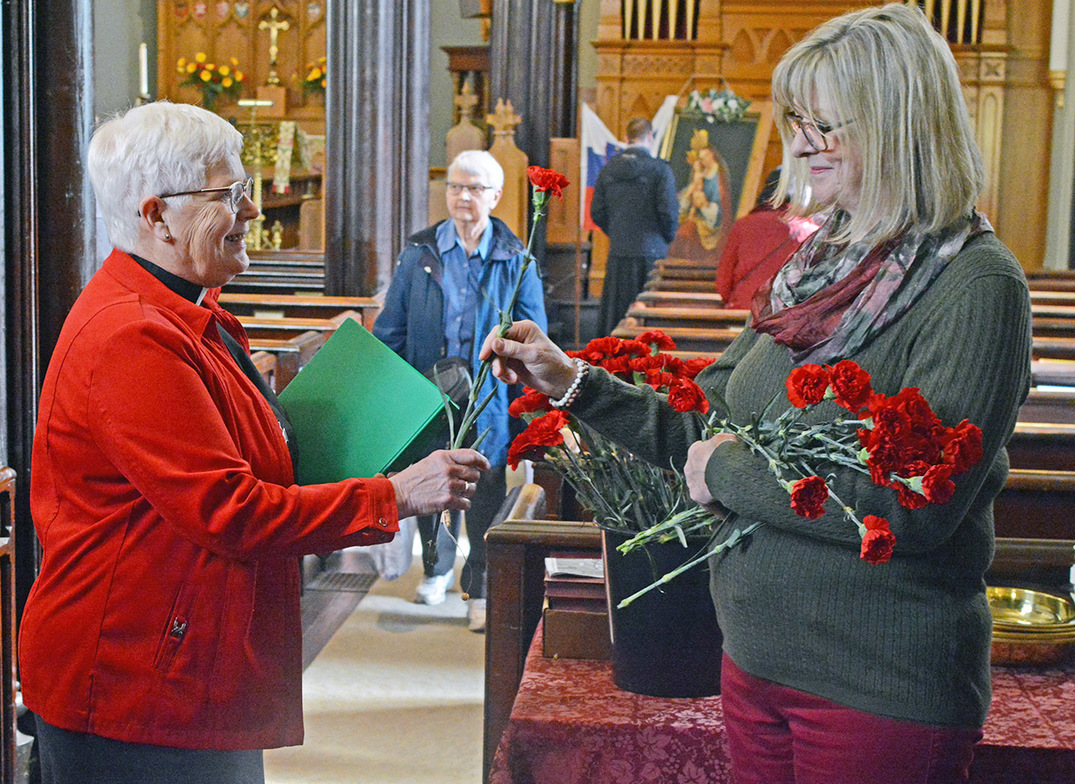 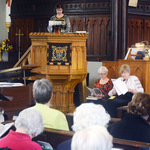 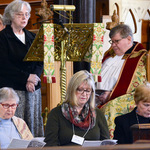 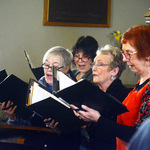 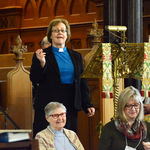 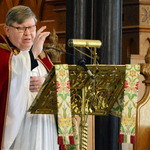 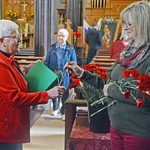 On Friday, March 1 at 1pm, an ecumenical World Day of Prayer 2019 liturgy in our region was celebrated at Holy Trinity Cathedral, New Westminster.

The World Day of Prayer is an international ecumenical initiative begun in 1887. The founder was Mary Ellen Fairchild James, a Methodist living in Brooklyn, New York. Initially it was a day of prayer for local missions but quickly increased to a week of self-denial and prayer for foreign missions. Two years later the Day of Prayer expanded to Canada. Praying for foreign missions is likely the root of the established aims of the initiative to encourage women to awareness of other countries, cultures and to take up and experience the burdens of other people, to work to understand the problems of other countries and to pray with and for them. The World Day of Prayer services began to take place annually in multiple locations in the 1920s and 1930s.

On the website of the Women’s Inter-Church Council of Canada the World Day of Prayer is described thus:

Informed Prayer. Prayerful Action. Imagine Christians from over 170 countries coming together in spirit, uniting on a common day to pray for relevant issues affecting women and children. This is a reality: the movement has been active for nearly 100 years. Each year, a different country writes the service materials. The World Day of Prayer is generally celebrated on the first Friday of March. This year, the writing country is Slovenia: "Come - Everything is Ready".

Here is a link to the webpage with more information

The hour long service consisted of: prayer, song, scripture, reflection, and principally, readings written to highlight the voices of women in the country tasked with writing this year’s worship.

The organizers for the 2019 worship were the Women’s Prayer Group of Holy Trinity; the Reverend Carole Neilson (Deacon), Raphaella Meyerhoff and Cathy Nelson. Participating in leading the liturgy were 13 readers, 3 clergy and the Choir of Holy Trinity Cathedral under the direction of the organist and director of music, George Ryan, ODNW.

Although the readings specifically written for the liturgy were the focal points of prayer and reflection, the Gospel, Luke 14: 15-24 was also proclaimed by Rev. Neilson and that was followed by a homily shared by the Reverend Laurie Deacon of St. Aidan’s Presbyterian Church in New Westminster.

Rev. Deacon asked the question “are you willing to come to the banquet?” She built on the metaphor of the Wedding Banquet in Luke’s Gospel saying that there are many reasons to say, ‘no’ to an invitation mostly because of the unknowns involved but by saying ‘yes’ we open ourselves to possibilities. The Wedding Banquet scripture is an “invitation to say, ‘yes’.”

The music in worship was plentiful and was led by a good-sized cohort of The Choir of Holy Trinity and accompanied by George Ryan on the piano and organ. The music included responses and songs written by Barbara Wohinz and Diana Novak, a Slovenian folk song, “Celebration (Let’s All Go to the Banquet)”, a song  credited to The Medical Mission Sisters titled, “The Wedding Banquet" and the worship concluded with “The Day Thou Gavest, Lord is Ended”.

The vicar of Holy Trinity, the Venerable Dr. Richard Leggett was present and he offered the blessing of the congregation prior to the singing of the Closing Hymn.

As the congregation departed from the nave members of the organizing committee distributed red carnations, the official flower of Slovenia.

Next year, 2020, the World Day of Prayer will be written by women of Zimbabwe and the host church will be, Holy Eucharist Ukrainian Catholic Cathedral located at 501 West 4th Avenue in New Westminster.

More photos are available in a photo album at Anglican Conversation the Facebook page of the Diocese of New Westminster.