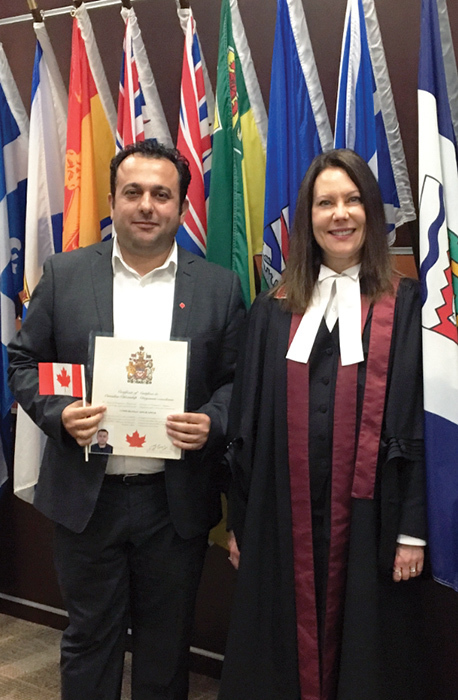 The Reverend Ayoob Shawkat Adwar, a priest of our Diocese, became a Canadian citizen on June 11 at a government ceremony in Surrey.

Fr. Ayoob came to Canada five years ago from Iraq as a refugee, and was previously a monk and priest of the Chaldean Catholic Church in Mosul/Nineveh. His initial entry into the Anglican community was through the Anglican Parish of the Church of the Epiphany, Surrey where he led Chaldean worship on Sunday afternoons. He and many members of that congregation became Anglicans.
He was received and confirmed into the Anglican Communion in December of 2016 by Archbishop Skelton and a Service of Reception and Recognition of Priesthood was celebrated on March 26, 2017, at Epiphany.
(One Holy Catholic and Apostolic Church)
As an Anglican priest, he has served as curate at St Stephen West Vancouver and interim Priest in Charge at St Timothy Burnaby.
Congratulations and Welcome, Fr. Ayoob
(prepared with files from Jonathan LLoyd)
Photo submitted by Jonathan LLoyd