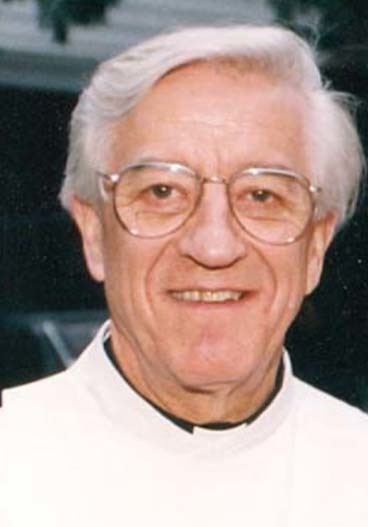 The Reverend David Tatchell, priest, died on March 15th ‘peacefully at home’ and with ‘grace and dignity’ -- such enduring characteristics of David.

David was born in North Battleford, Saskatchewan on what would have been called Dominion Day in 1929. He remained there until leaving for the College of Emmanuel and St Chad (LTh 1956) and the University of Saskatchewan (BA 1957).

David was ordained in Saskatoon and appointed as Rector of St Timothy’s Church, Saskatoon in 1956 where he remained for ten years. This was followed in 1966 with his appointment as Rector of Christ Church, Calgary before being appointed a Director of a Unit at the World Council of Churches in Geneva in 1980. In 1984 he began work with Legal Services Society of BC in Prisoner Advocacy before accepting an appointment as Rector to St Theodore of Canterbury, Toronto in 1986.

David returned to the West Coast to take up his ministry in the Diocese of New Westminster on All Saints’ Day, 1989 as Rector of St Francis-in-the -Wood, West Vancouver. David’s ministry was well appreciated by St Francis-in-the-Wood and extensions past retirement were sought and granted by the Parish Leadership with the Bishop’s agreement.

David served for four years (1997-2001) as Chair of the Diocesan Unit on Partners in Mission (PiM). During his tenure a Diocesan Partnership Festival was held in 1998 which was met with much acclaim. Bishop Ingham noted in his acceptance of David’s resignation as Chair of PiM “Your four years of service enabled us to move ahead with a wider knowledge of the Anglican Communion, and a greater ability to communicate with that world church.”

David leaves to mourn, his wife, Mary Cottrell, and his children Mark, Peter (Regine) and Stephanie; and grandchildren Sophie, Teg, Georgia and Kaiza. David was predeceased by his daughter Kathryn.

A celebration of David’s life will be held at Christ Church Cathedral on Saturday, April 8.

Photo: The Reverend David Tatchell in the early 1990’s PHOTO: Courtesy of the Anglican Archives of the Diocese of New Westminster and Ecclesiastical Province of BC/Yukon