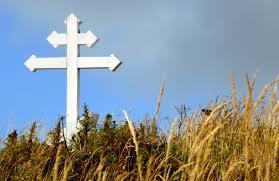 Born March 27, 1930 in the United Kingdom, the Reverend David Gifford-Cole died August 22, 2018 in Courtenay, BC. He was predeceased in 1996 by his wife Alice, and is survived by his wife the Reverend Dr. Irene Gifford-Cole, brother Canon Peter G. L. Cole (UK), daughters Jennifer Cole and Elspeth Erickson (Paul), grandchildren Anna and Isabel, step children Daniel, David and Margaret, their spouses and children.

David was educated at the Royal Agricultural College, Cirencester, UK and the London College of Divinity, UK. He obtained a DMin from San Francisco Theological Seminary in 1987. He was ordained to the diaconate in 1956 and to the priesthood a year later, both at St Michael and All Angels, Guildford, UK. He served curacies at Ashtead and Farnham UK in the Diocese of Guildford from 1956-1960.

After arriving in Canada, David was appointed rector of the Parish of All Saints (Simonds-Loch Lomond) in the Diocese of Fredericton. He held that appointment from 1960-1967. He then became the New Brunswick District Secretary of the Canadian Bible Society from 1967 to 1974. During this period he also served as President and Executive Director of the Canadian Arthritis Society, New Brunswick Division.

Moving from New Brunswick to Vancouver in 1974, David worked as British Columbia District Secretary for the Canadian Bible Society from 1974-1981. His canonical residence was transferred to the Diocese of New Westminster from the Diocese of Fredericton in 1977. He became the Diocesan Coordinator for Anglicans in Mission in 1982.

David also had a career as a fundraising consultant along with an active association with the Rotary Club.

David and Irene retired to Vancouver Island. They were both Honorary Assistants at St Peter, Comox.