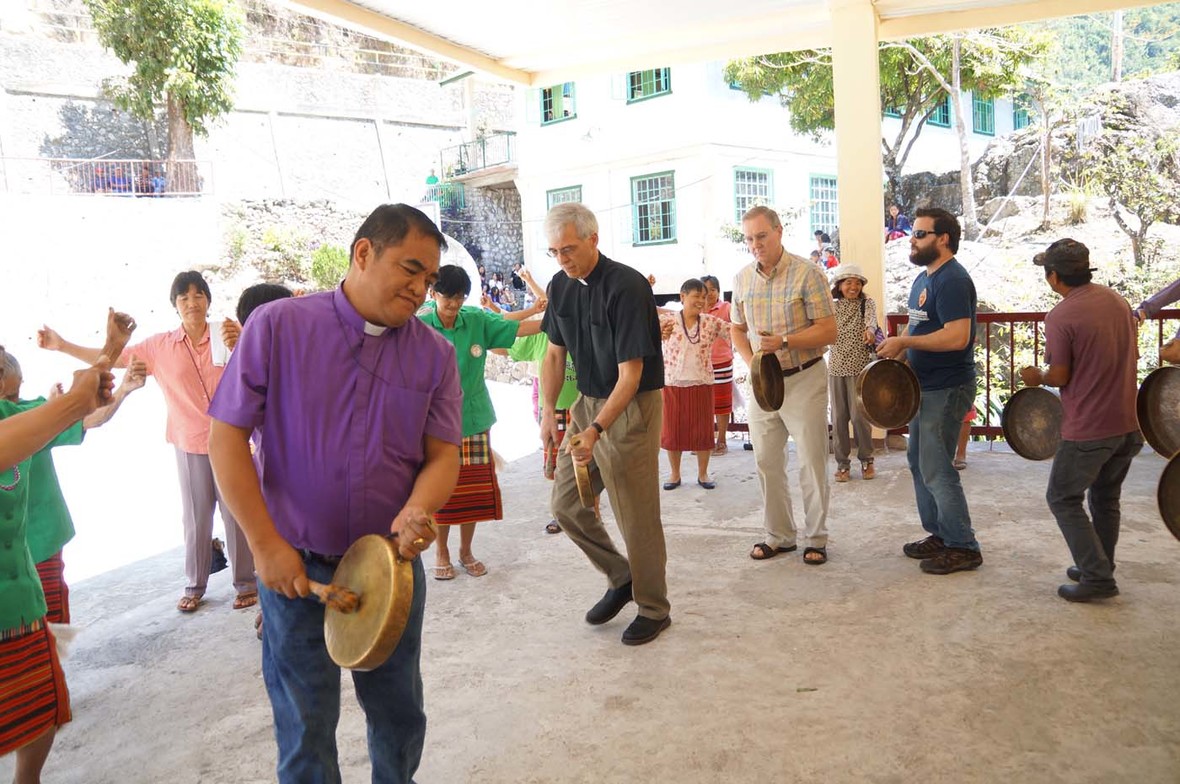 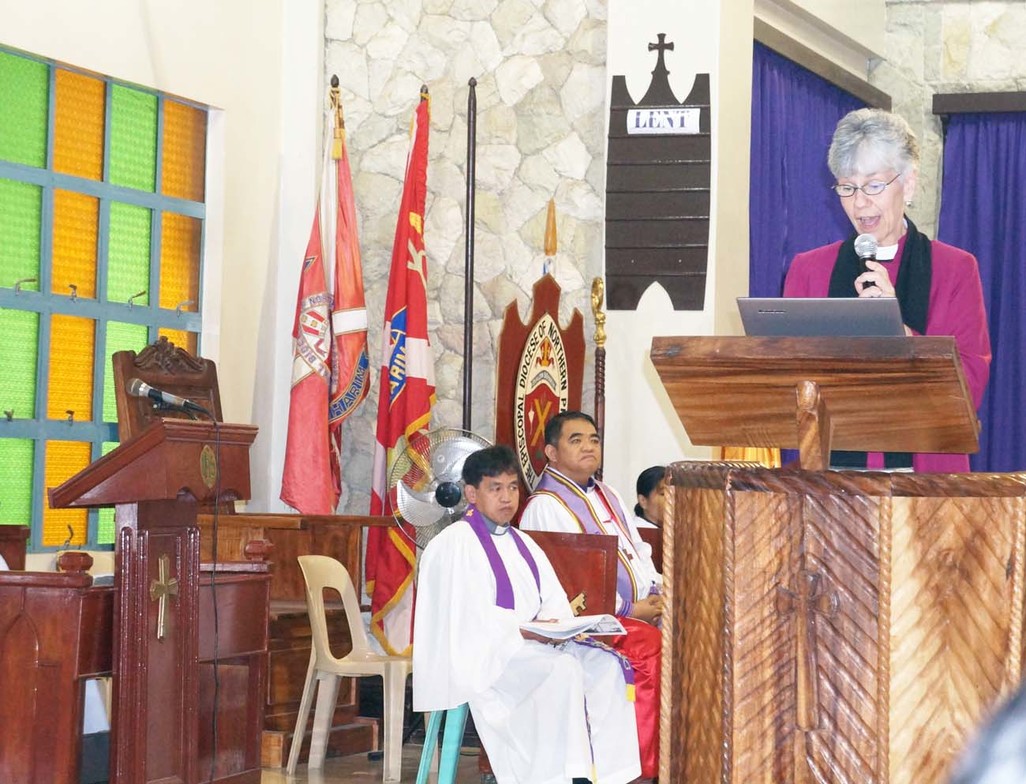 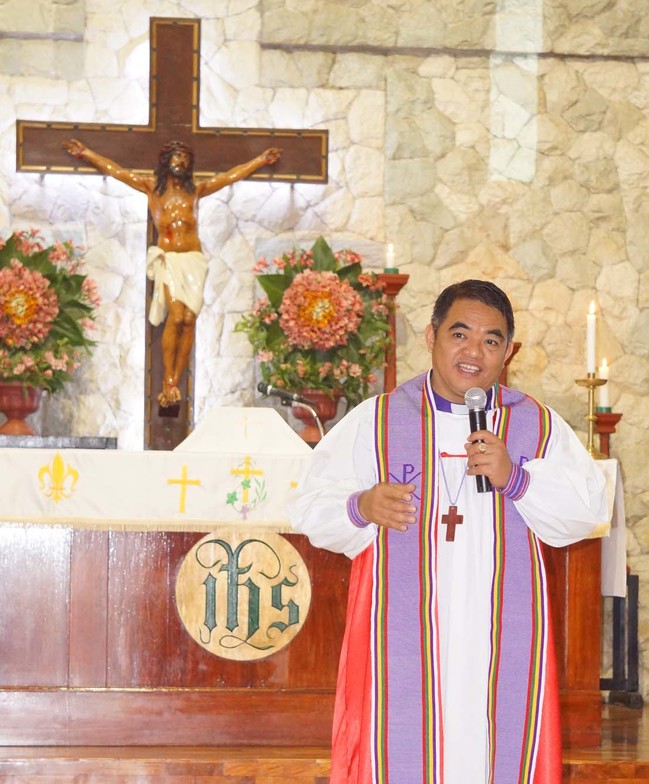 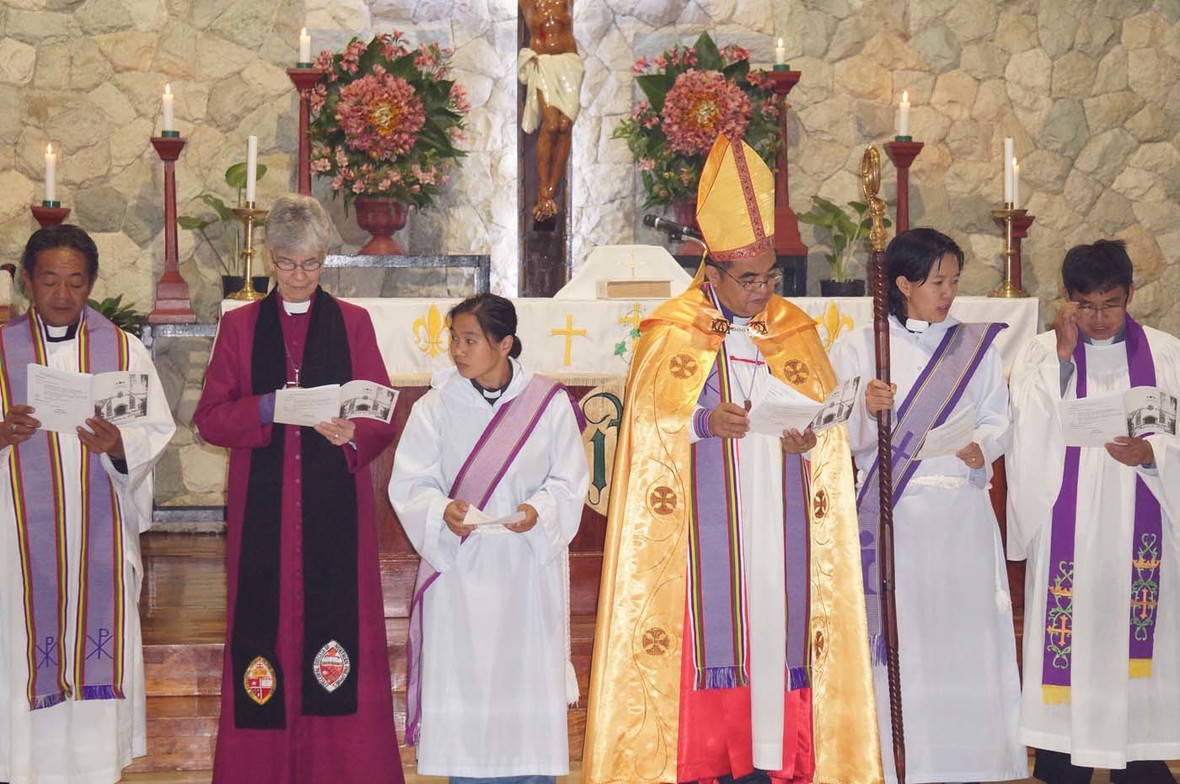 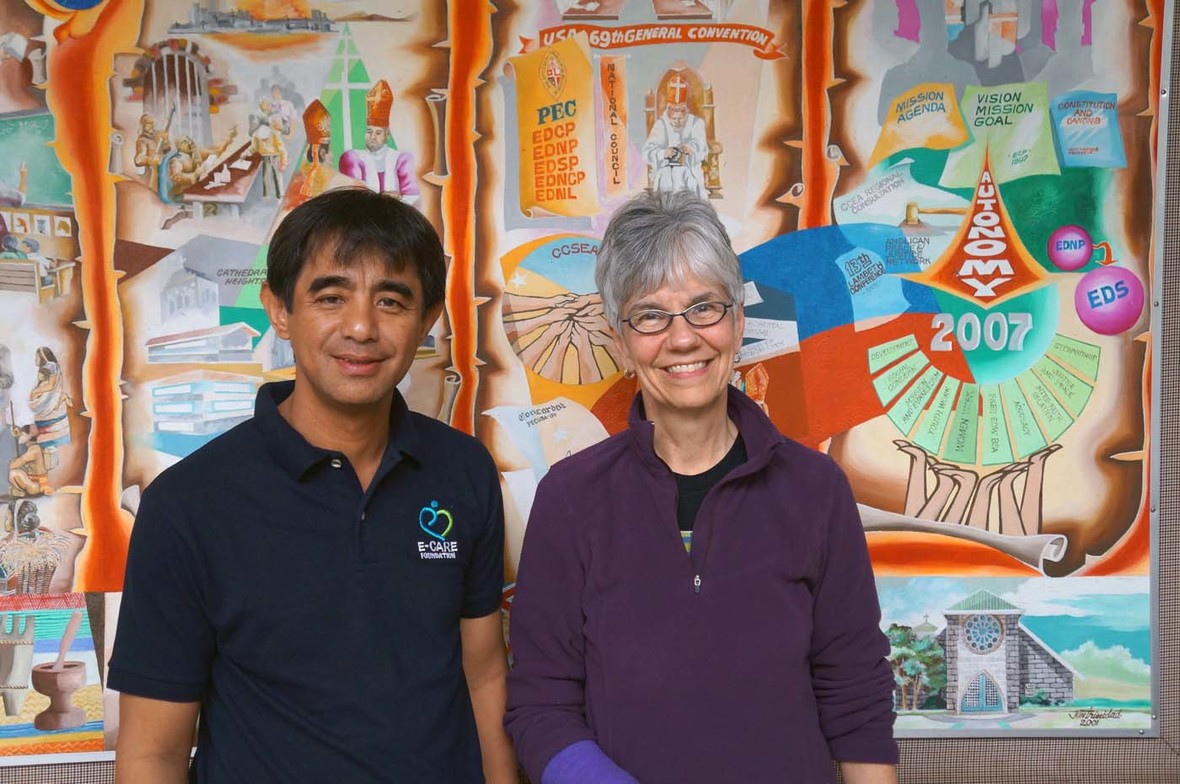 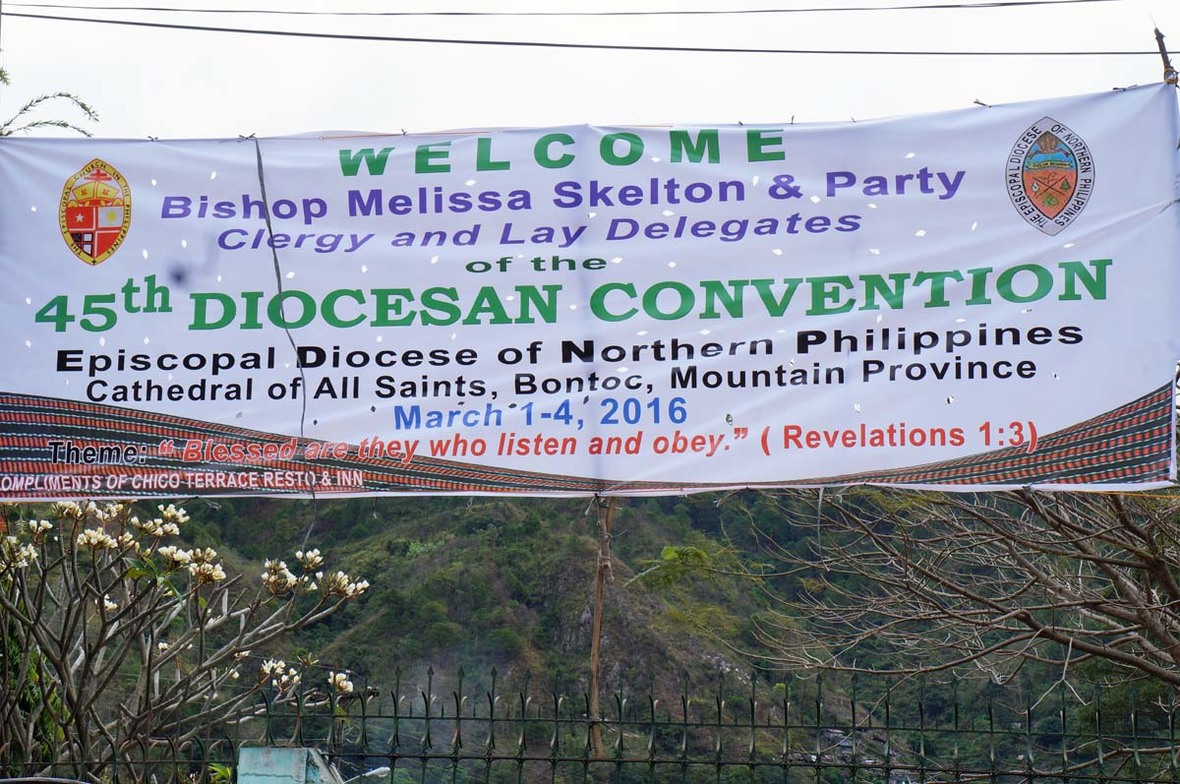 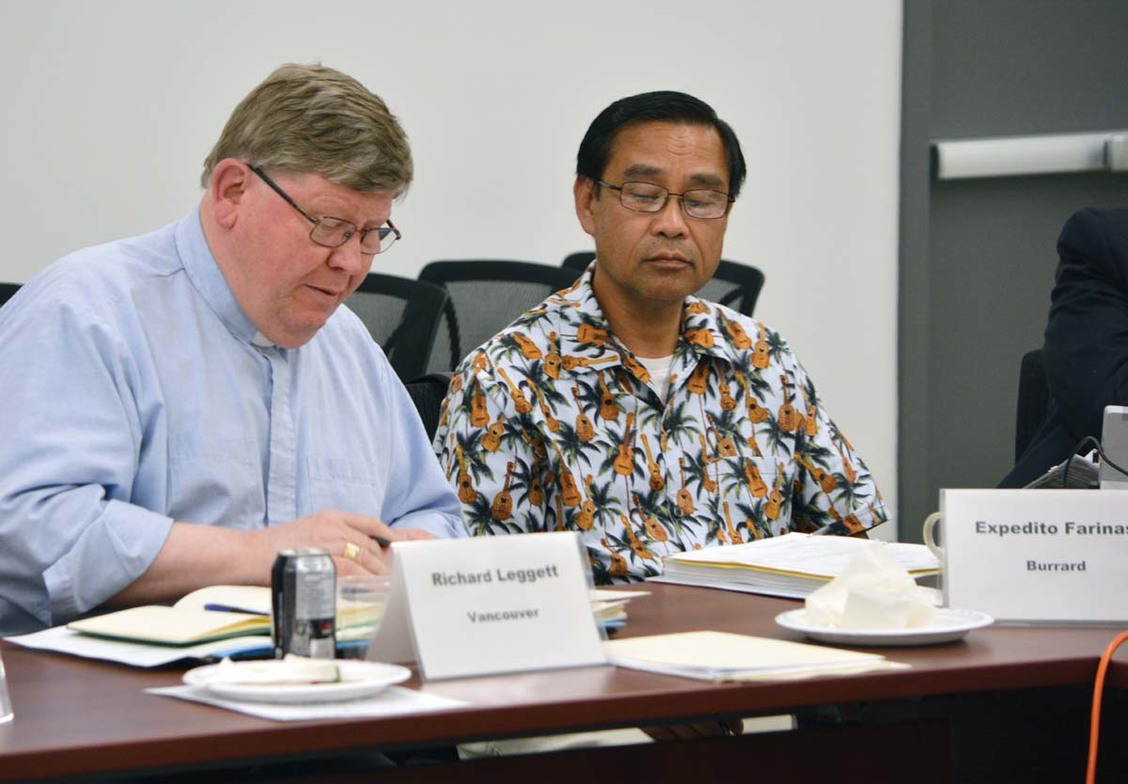 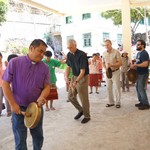 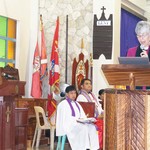 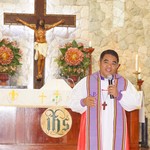 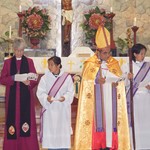 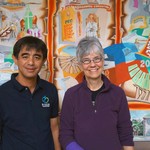 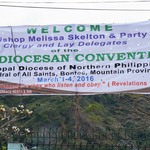 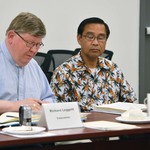 At the May 11, 2016 meeting of Diocesan Council, Council enthusiastically and unanimously passed the following motion:

That Diocesan Council, on behalf of the Diocese of New Westminster:

I. accept the invitation of the Episcopal Diocese of Northern Philippines to enter into a companion relationship seeking opportunities for prayer, mutual learning, and witness to the gospel (the “Companion Relationship”);

III. ask the Bishop to appoint members from the Diocese of New Westminster to a joint-diocesan working group to oversee the Companion Relationship and to undertake the Annual Evaluations

In the precis prepared by diocesan senior staff and distributed to Council prior to the May 11 meeting the following information was shared:

The desire to be in a companion relationship with another diocese and on the Pacific Rim was expressed by the Diocese and affirmed by Bishop Skelton. After consultation with Dr. Andrea Mann, Global Relations Director, General Synod and with Canon Peter Ng, Asia and Pacific Partnership Officer, Episcopal Church, USA a recommendation was made in favour of exploring a link with the Episcopal Diocese of Northern Philippines (EDNP).

Exploratory conversations with Bishop Alawas and his staff and the Provincial Office of the Episcopal Church in the Philippines (ECP) occurred and an initial visit was made by Archdeacon Douglas Fenton. The Bishop, Clergy and People of the EDNP were excited by the possibility, never having had an opportunity for such a link. Bishop Alawas invited Bishop Skelton to attend and address their Diocesan Convention (even moving the dates of the Convention to accommodate her travel.)”

Bishop Skelton, her husband the Reverend Eric Stroo and Archdeacon Douglas Fenton did travel to the Philippines and began their seven day visit on March 1 attending  the 45th Diocesan Convention of the EDNP held at Cathedral of All Saints, Bontoc, Mountain Province. Bishop Skelton was the guest preacher at the Opening Eucharist. On Day 3 of the convention, March 3, a motion was put to begin a companion relationship and it passed unanimously. The motion reads in part:

“Resolved, therefore, that this Diocesan Convention affirm and approve initiatives taken by the Diocese of New Westminster and the Episcopal Diocese of Northern Philippines to establish a companion relationship of compassion, kindness, humility, meekness, forbearance, love, and harmony to further God’s mission in each diocese.”

Prior to the vote on May 11, Diocesan Council member and rector of The Church of St. Mary the Virgin, South Hill, Reverend Expedito Farinas asked if anything had been learned from the most recent Companion Diocese relationship with the Episcopal Diocese of Taiwan. Archdeacon Douglas Fenton responded that in order to engage in a true companion relationship it is essential to stay connected, and this is reflected in the sub-sections of the current motion to “undertake an annual evaluation” and to appoint a “joint-diocesan” working group. Archdeacon Fenton went on to say that it isn’t about rich or poor, giving or accepting aid, it is about creating an environment where members of both dioceses are enriched by the realization that the world wide Anglican Communion is a vast and diverse faith community, but that we are interdependent. Given his recent experiences in the EDNP, Archdeacon Fenton believes that the folks from the EDNP have much to teach us and to share with us.

Before calling for the vote, Bishop Skelton spoke in favour of the motion. She believes that much good will come from this and she is excited for what the future will bring.

Bishop Brent Alawas arrived in Vancouver the evening of Thursday, May 12 to be present at the diocesan mission conference on May 14 and speak at the dinner that evening.

Coverage of the mission conference, God So Loves the World – Mission: Globally, Locally, and in Everyday Life will be available on the website news pages and in the Summer 2016 issue of Topic due in homes after June 21, 2016.

All photos taken by or courtesy of Douglas Fenton except where noted.

Click this link to access 70+ captioned photographs on FB of Bishop Skelton's, Reverend Stroo's and Archdeacon Fenton's trip to the EDNP March 1-7, 2016