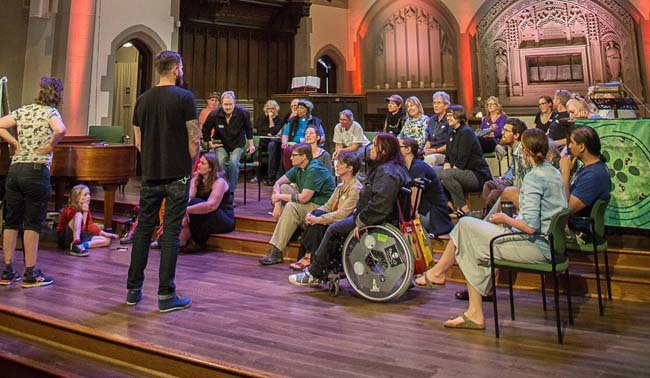 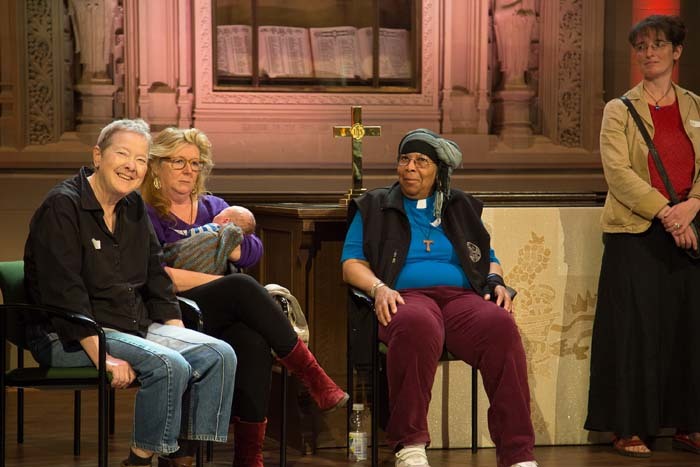 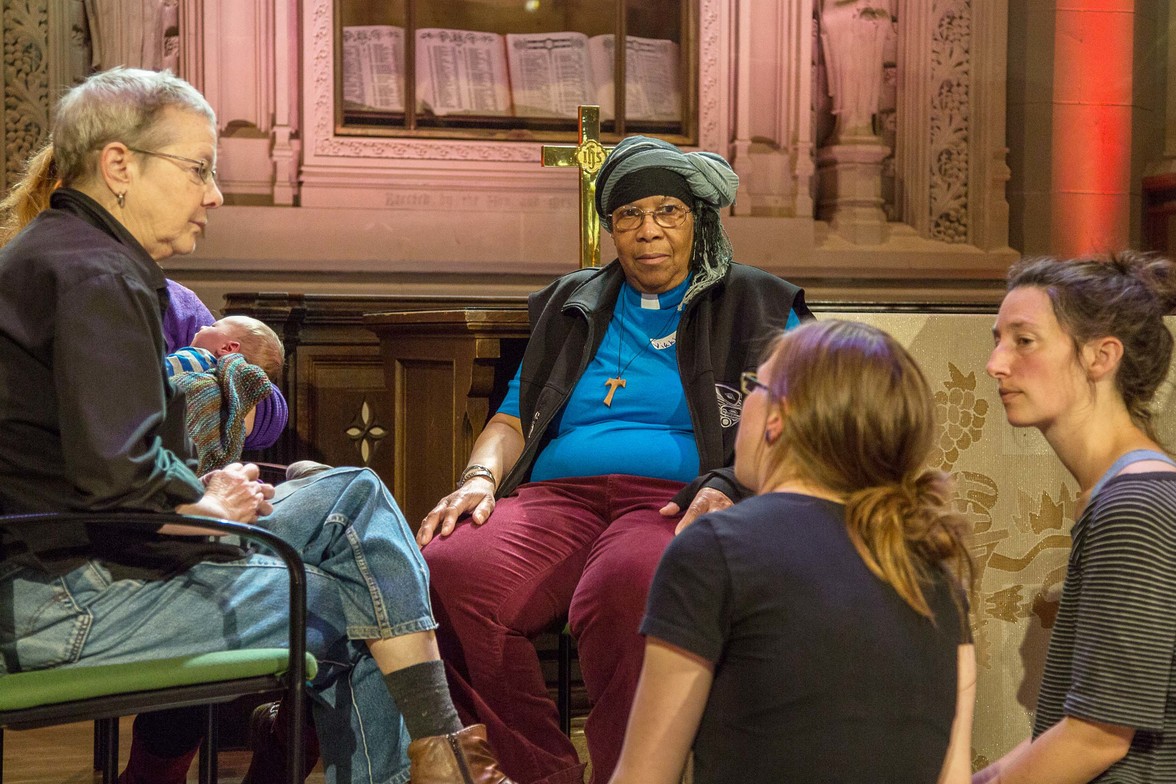 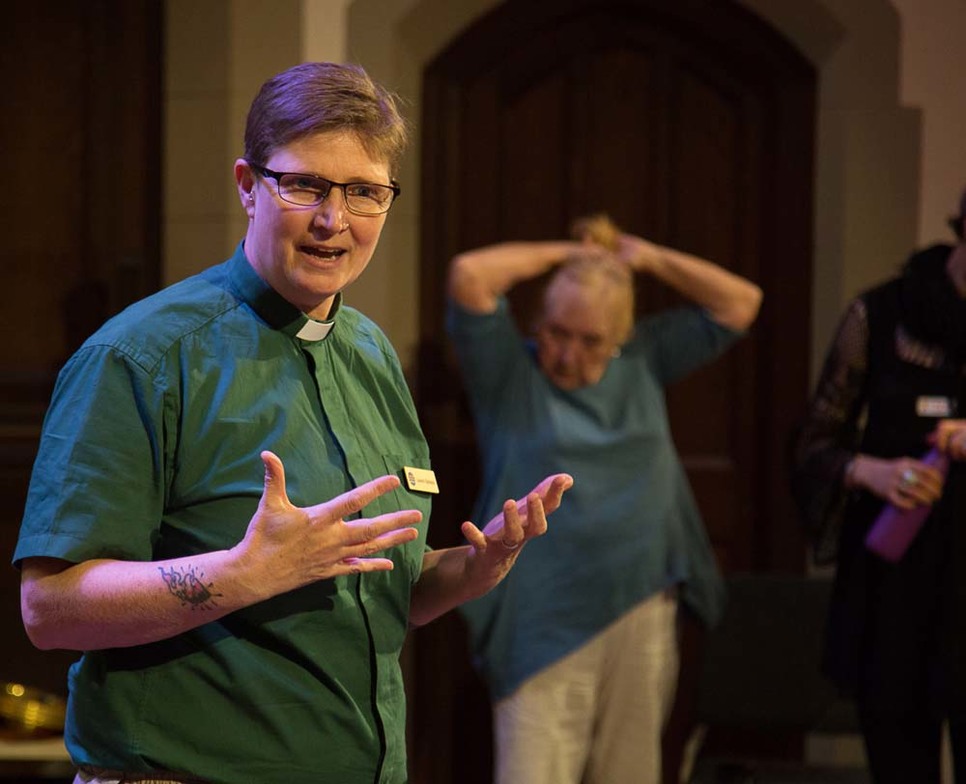 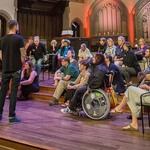 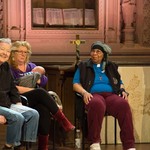 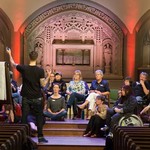 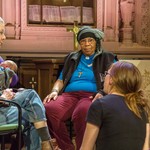 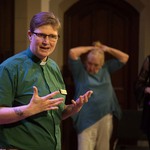 On Saturday, April 30, there were candles, clergy, prayers and stained glass but the 35 people at Canadian Memorial United on Saturday weren’t attending service.

May peace radiate there in the whole sky

As well as the vast ethereal space everywhere.

May peace reign all over this earth and in water

And in all herbs, trees and creepers.

Starting with a Hindu mantra for peace, participants from several denominations and faith traditions gathered on Saturday to learn the theory and practice the skills of non-violent direct action.

The training was hosted by the diocesan environmental justice ministry Salal + Cedar and the interfaith divestment organization Fossil Free Faith. Trainers from 350.org and Greenpeace lead participants aged 10 to 70+ in discussions and exercises. A collectively-built timeline of resistance movements started with the midwives in Exodus, included Harriet Tubman, the anti-WTO protests in Seattle, Idle No More and recent climate actions. Participants moved around the chancel steps indicating by position their comfort with and effectiveness of action scenarios like marching without a permit, stopping street traffic, occupying government offices, and closing down factory gates. They role-played interactions with police, people opposed to or inconvenienced by an action and other activists.

There was a sense among many the group that doing action training was important but that they were especially happy to be preparing for action with other people of faith.

The training is in preparation for Break Free from Fossil Fuels, series of international demonstrations for climate justice. In BC on May 14 a mass action is planned on land and water to surround the Kinder Morgan facility on Burrard Inlet.

Workshop participants encourage other people of faith to join them. Rev. Dr. Victoria Marie of Our Lady of Guadalupe Tonantzin Community said, “I think all people need to participate against this threat to climate and ecology, especially people of faith.” Jason Wood, who was confirmed two weeks ago spoke to those who are fearful, “if you want to know hope, come and take action.”