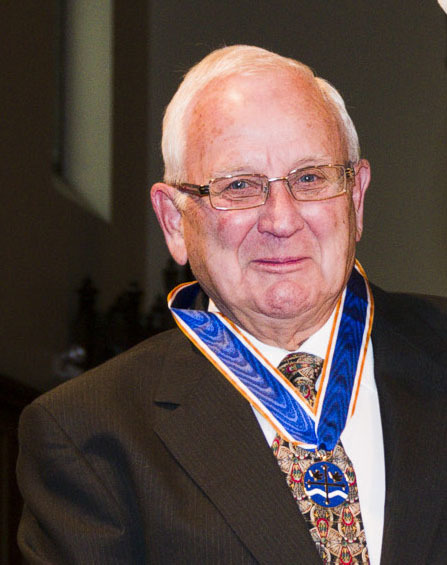 Don was born in Norwalk, Connecticut, and died suddenly in Vancouver, B.C. Predeceased by his parents Roger and Dorothy Lamb, and his older brother Roger. Survived by his partner Stuart
Duffie, brother Thomas Lamb, and 3 nieces.

Don was invested into The Order of the Diocese of New Westminster in 2012. His Citation reads:

Don has brought his dedication, compassion and deep sense of caring to St. Philip’s and the community. He helped to create a project that provides housing, care and support for fifteen former homeless people. He truly lives out Jesus’ commandment to love our neighbours as ourselves.

Don Lamb on the day of his investiture into the ODNW, November 4, 2012.