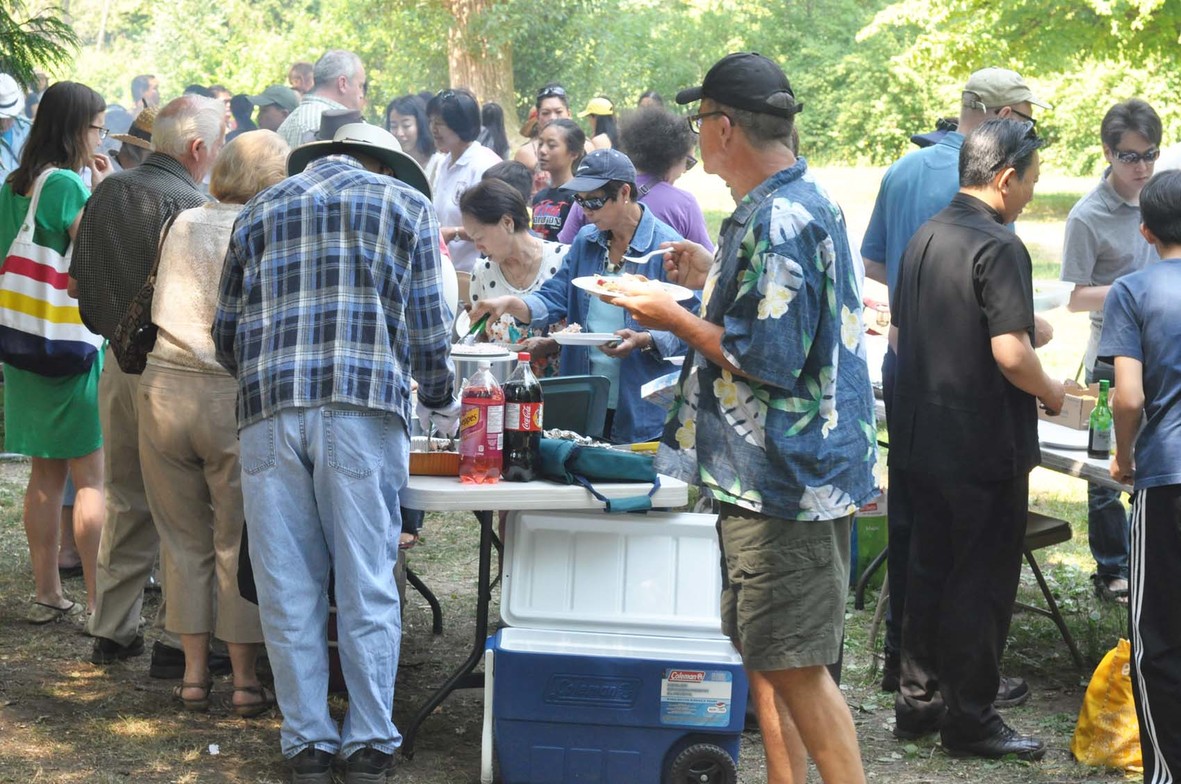 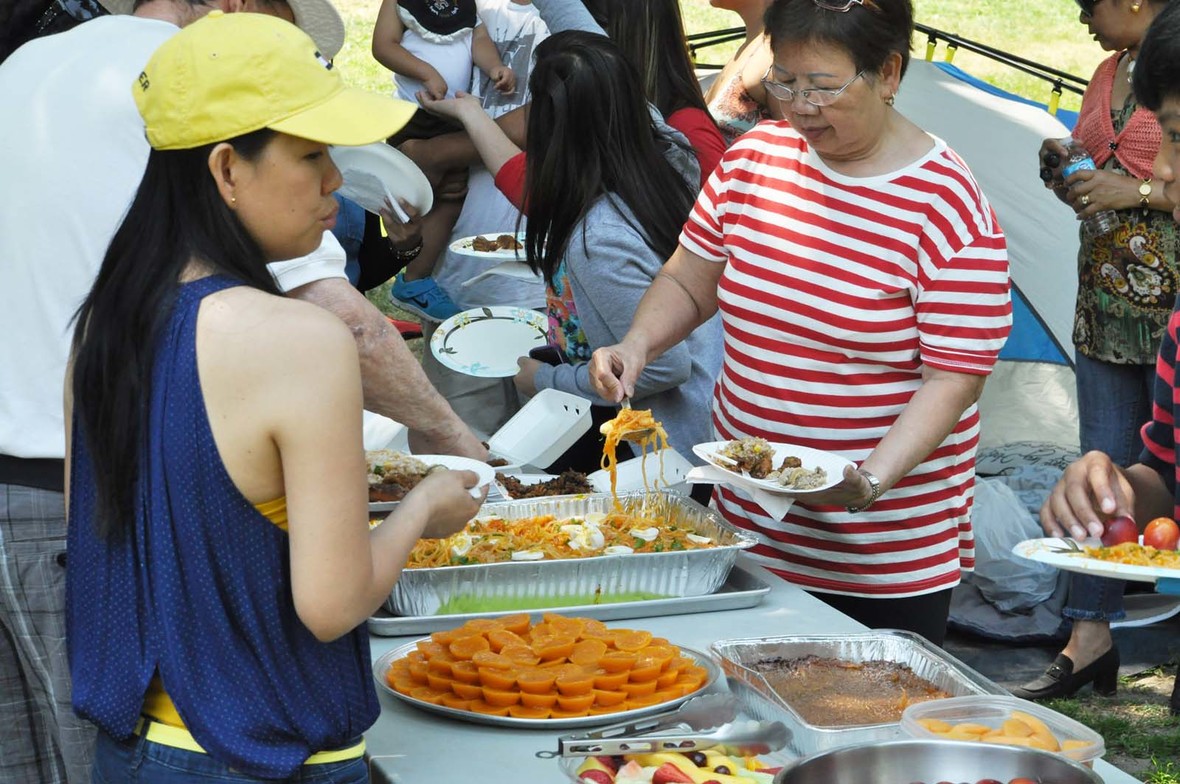 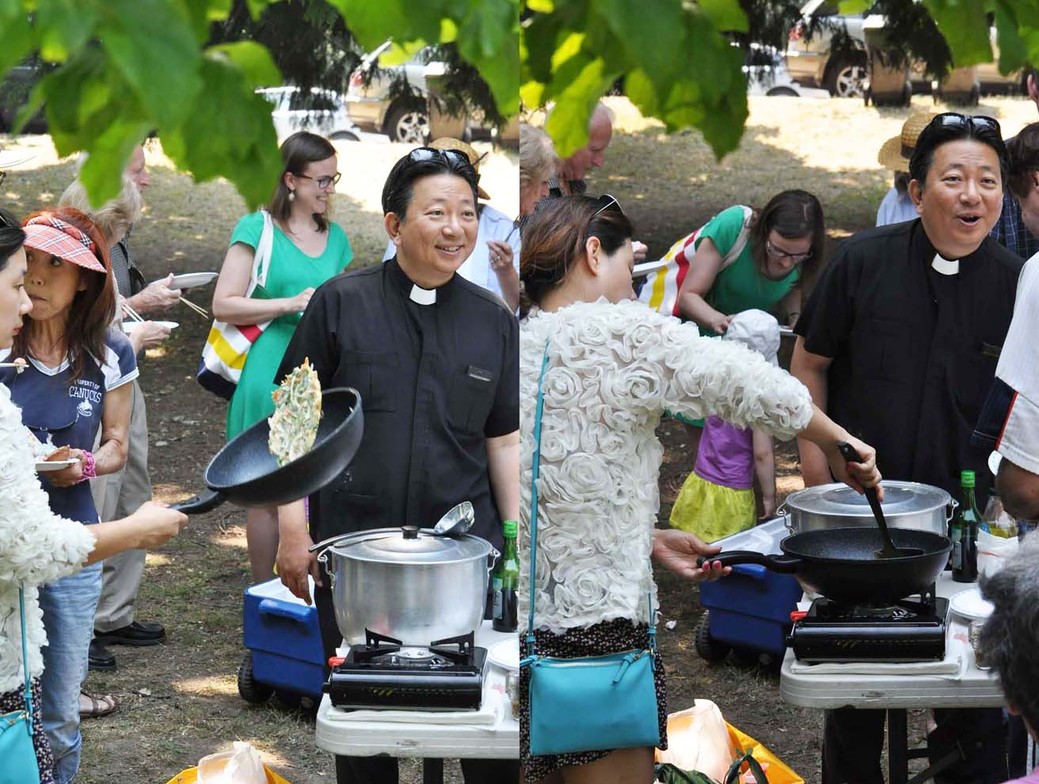 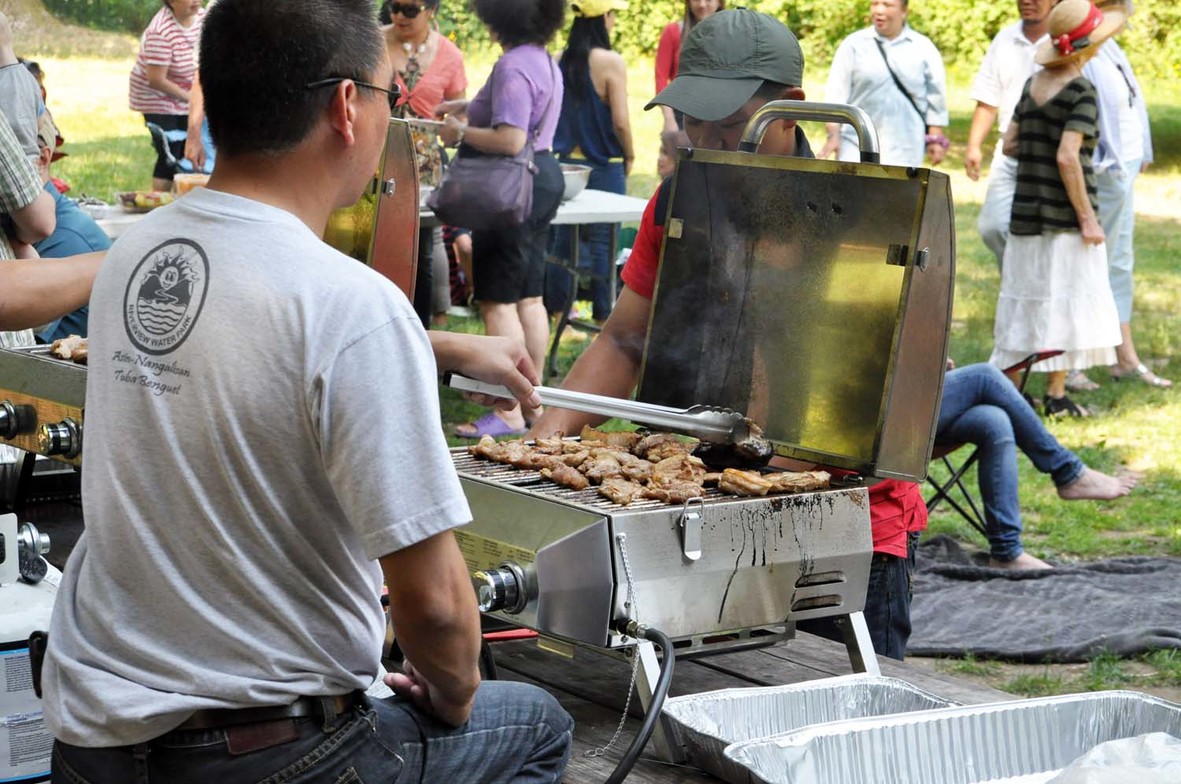 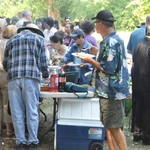 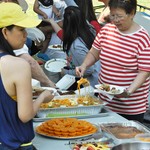 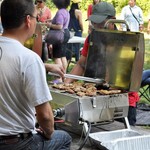 On the morning of July 5, 2015, citizens of Vancouver beheld a very strange sight, a surrounding haze from the numerous forest fires burning in the southern part of the province, specifically, Pemberton the Sunshine Coast and Burnaby. The haze had formed a thick cloud in the bowl of the city, south of the North Shore mountains and north of Lulu Island rendering visibility to a fraction of normal and infusing the normally sweet, dewy air of the lower mainland with a campfire odour. Combine that with the fact that exterior temperatures in the City of Vancouver proper were predicted to climb up into the low 30's and it doesn't sound like a recipe for a good day to be outside.

However, by 12:15pm, the haze had burned off and the richly arborial North Slope picnic area at Vancouver's Queen Elizabeth Park was filling up with parishioners representing churches of the East Vancouver Deanery: Holy Cross Japanese-Canadian; St Michael's, Multicultural; St. Margaret's, Cedar Cottage; St Mary the Virgin, South Hill to name a few. The Parish of St. Michael's, Multicultural assumed the responsibility of being the principal organizers of this year's event but as St. Michael's Rector's Warden , Moses Kajoba stressed that it was "a total team effort."

An early feature of the afternoon event was a Filipino style gong dance organized by the Reverend Wilmer Toyoken which was followed by the call to begin lining up at the buffet table.

A great time was had by all!