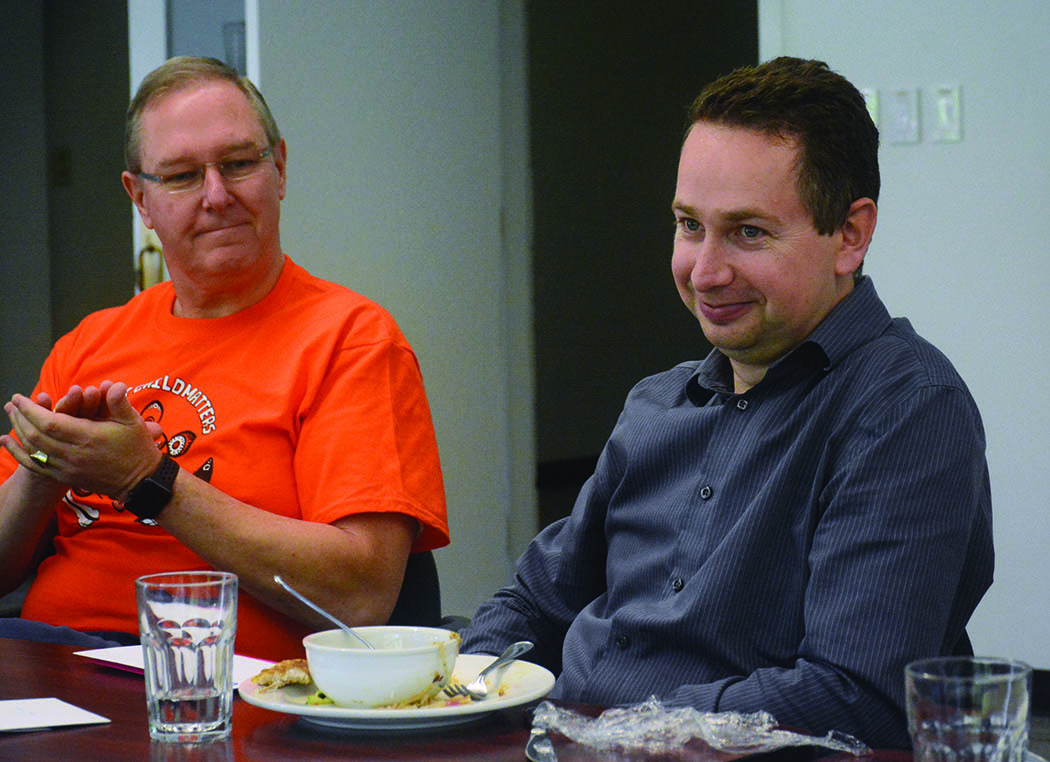 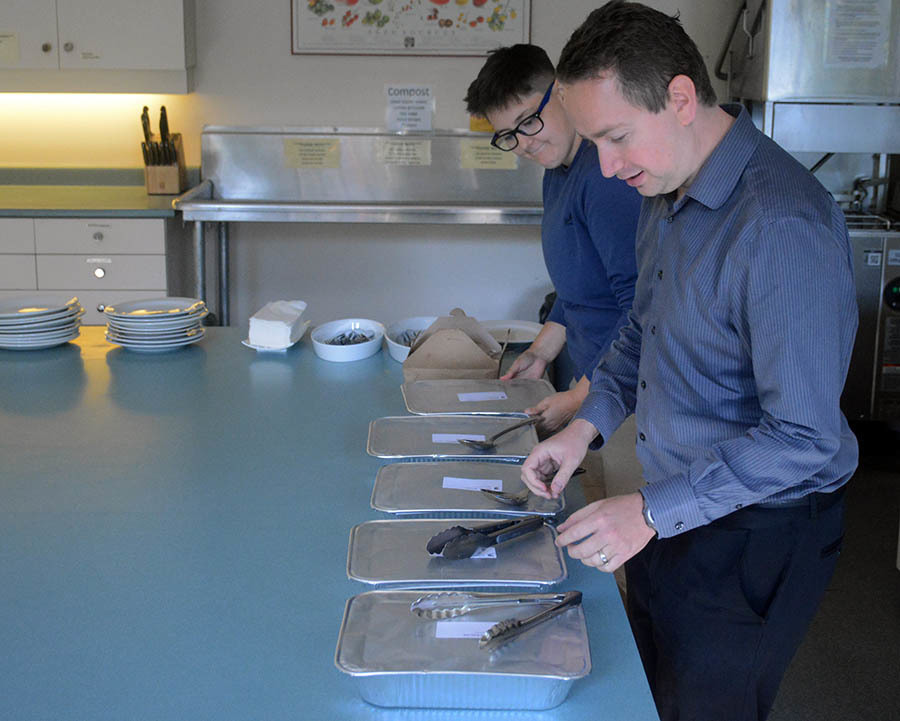 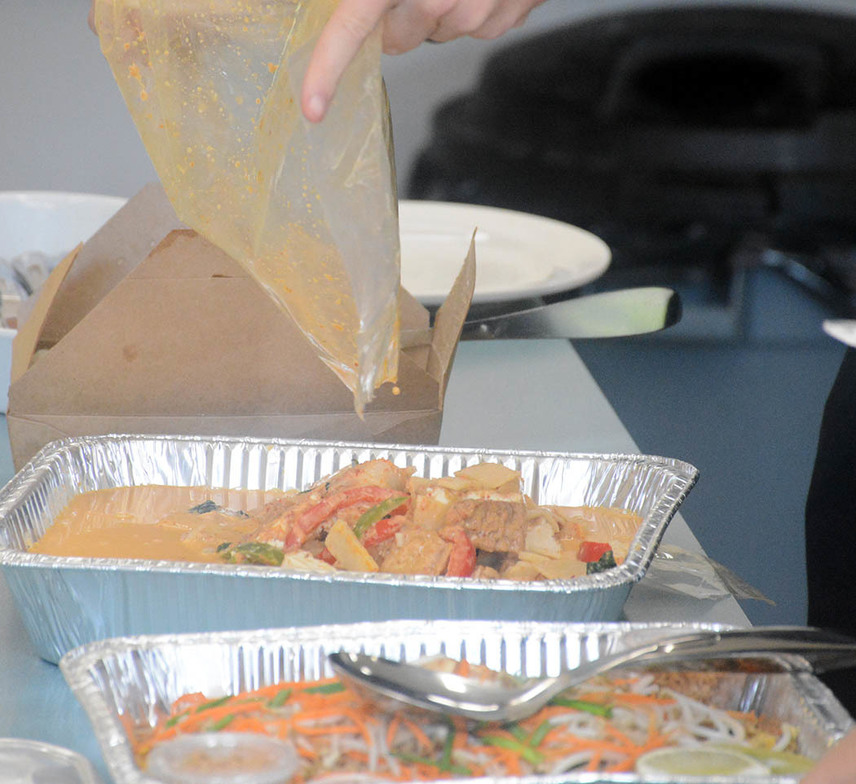 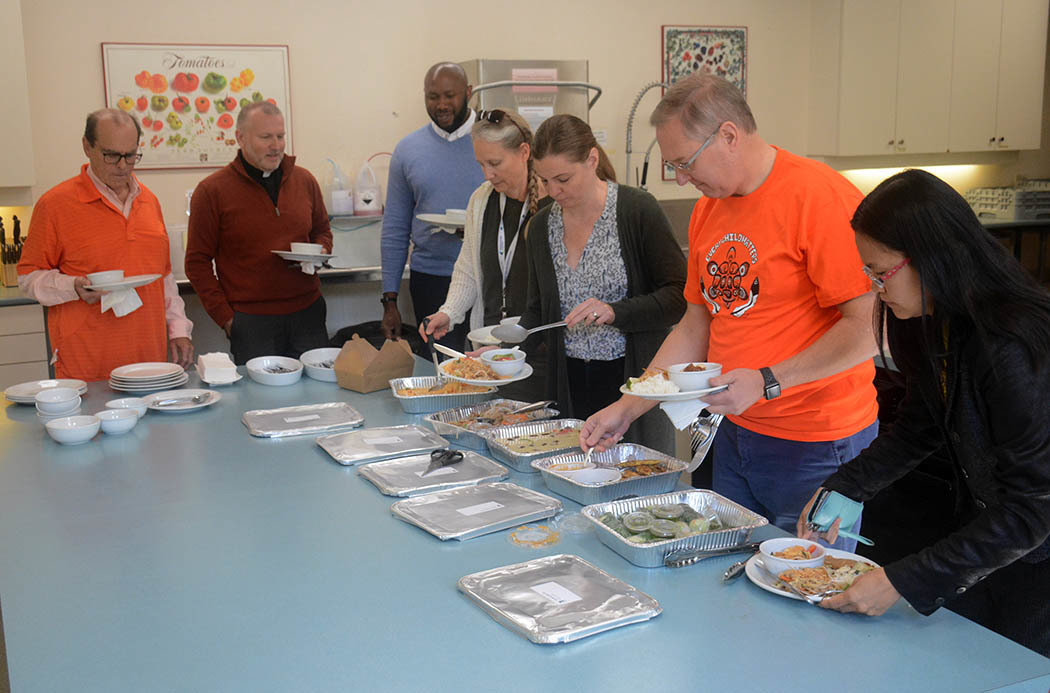 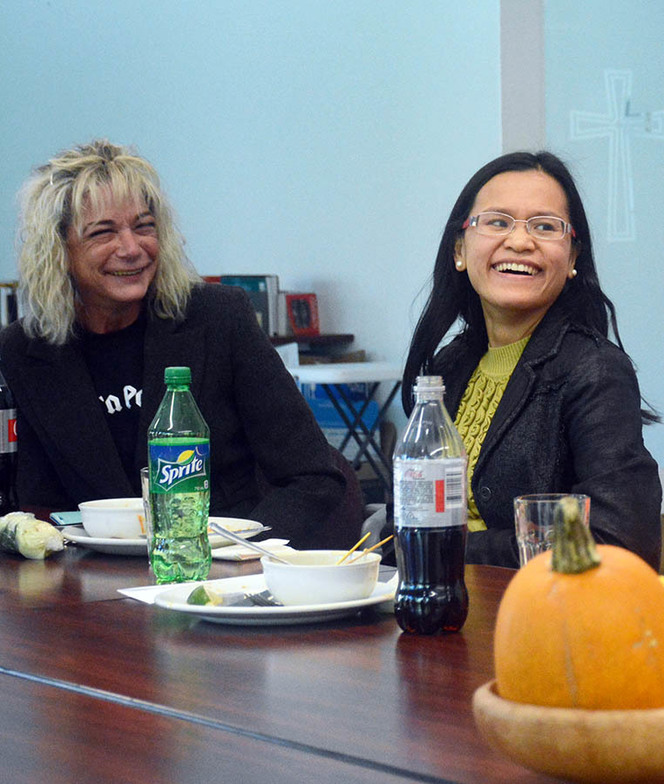 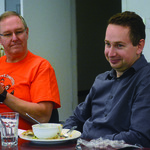 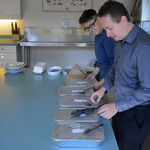 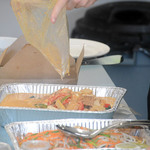 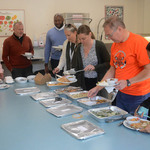 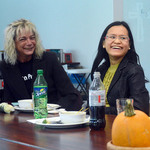 Monday, September 30, 2019 was Orange Shirt Day, a day to remember the tragic legacy of the Indian Residential Schools and to affirm that “Every Child Matters”. At the Synod Office of the Diocese of New Westminster it was also the day when staff members present from both the Synod Office and St. John’s, Shaughnessy gathered for a meal in honour of the soon-to-depart Phil Colvin, Administrative Assistant/Reception/Screening in Faith Facilitator.

As was announced on September 23, Phil gave notice to Archbishop Skelton that he will be leaving Synod staff as of October 2 in order to take up a position at Collingwood School in West Vancouver.

Phil began his role in the diocese in 2008 as Diocesan Youth Coordinator, part time and was later appointed to his current full time position in January of 2014. Throughout his 11 years as a member of Synod staff he has worked diligently with those engaged in ministry for and with youth, he has been the first line of hospitable and helpful contact between the Synod Office and the public, he has overseen the Safe Church program, he has expertly organized Synod and other large events and he has competently and efficiently provided administrative support for countless other activities. He was a skilled and helpful liaison between the two Nanton Avenue organizations and was integral to the process of training and assisting building administration personnel.

As far as Synod staff is concerned his job was comprehensive with many responsibilities, but he always took the time to help others, from computer hardware and software set-up and installation to minor and major event and conference planning to expert proofreading of diocesan communiques and publications.

Phil is a person of broad and diverse tastes and interests, and curry is one of them. So for his luncheon, curry of the Thai variety was featured, along with Pad Thai and a variety of other delicious dishes.

There were 14 in attendance at the luncheon including Archbishop Skelton who was present via the phone from Arizona where she was facilitating a conference. Everyone spoke about Phil’s outstanding service, skills, helpfulness and leadership. In many ways Phil was the voice and the face of the diocese for almost 6 years and we couldn’t have asked for a better representative. The last to speak was Executive Archdeacon, the Venerable Douglas Fenton who was at one time Phil’s direct supervisor. In addition to presenting Phil with cards and gifts from the diocese and staff, he said that although he is sad to lose Phil, he is glad that Phil is moving forward in his career. Archdeacon Fenton also added that Phil has agreed to a short term contract to continue the work toward implementation of the new Safe Church process that will be used throughout the Ecclesiastical Province of BC/Yukon. However it was Bill Siksay, Executive Assistant to the Archbishop and Executive Archdeacon’s Office, who is a former Federal MP and before that an MP’s Administrative Assistant and Constituency Secretary who made the definitive statement saying that “Phil is the best administrator” that he has worked with in his career.

Phil will be missed. All are encouraged to join in thanking him for all he has done for the Diocese of New Westminster and also to keep Phil and his family in your prayers as they experience a time of transition.