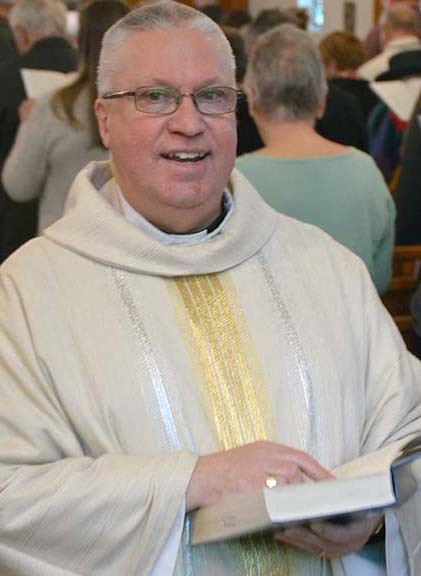 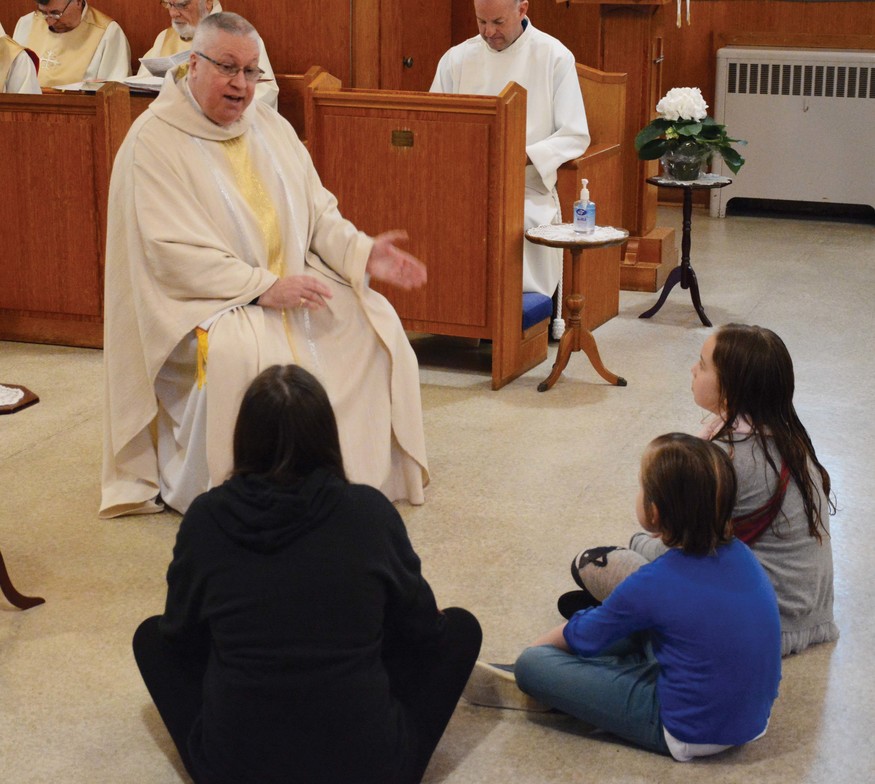 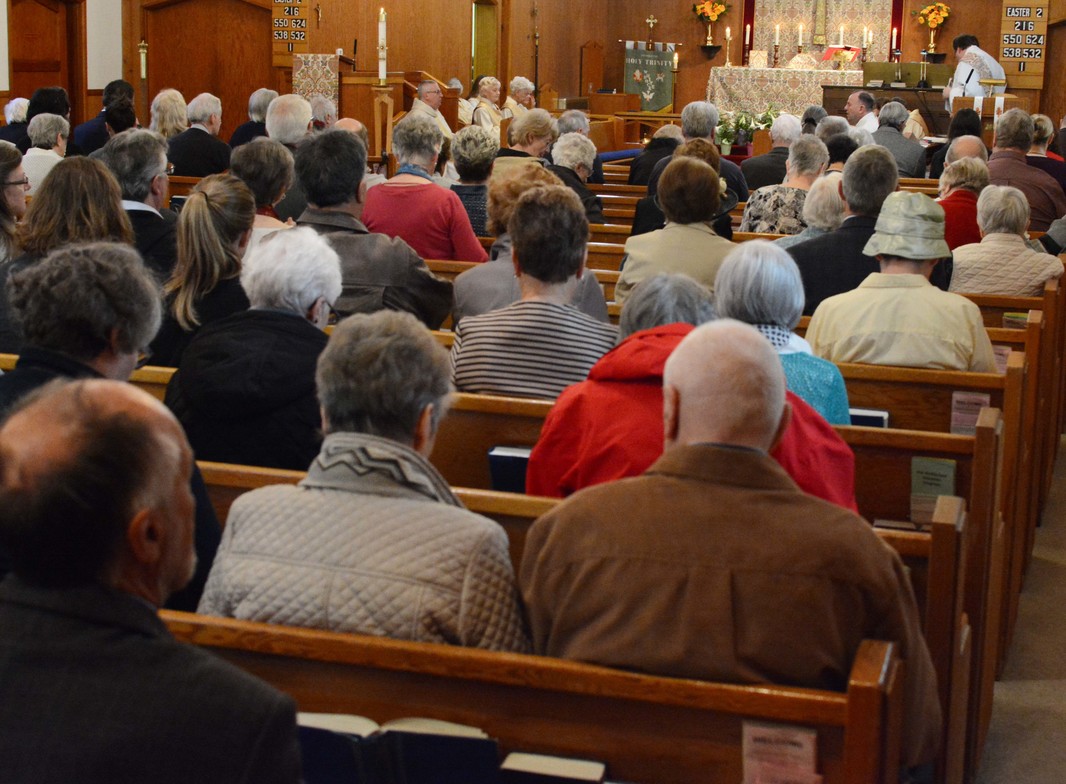 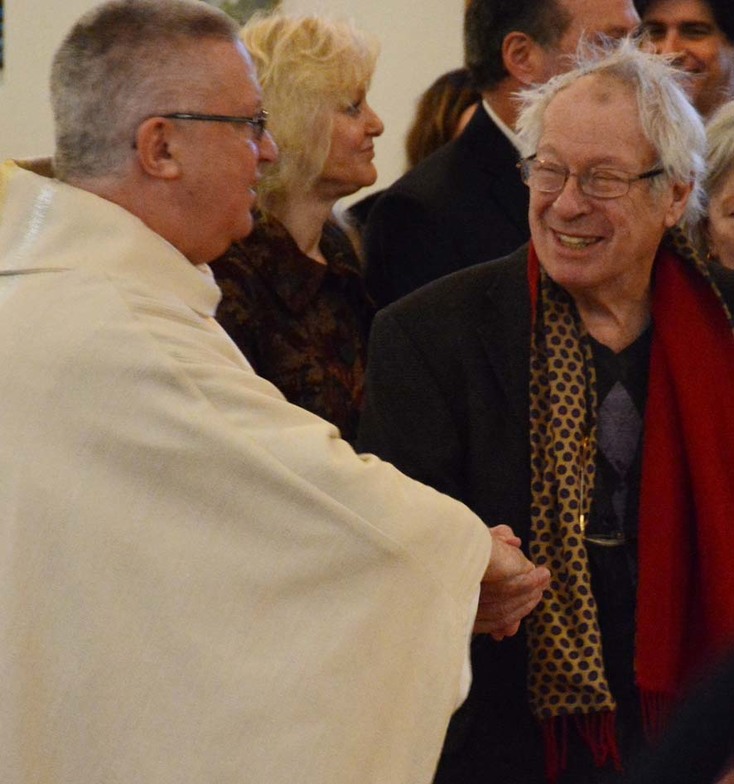 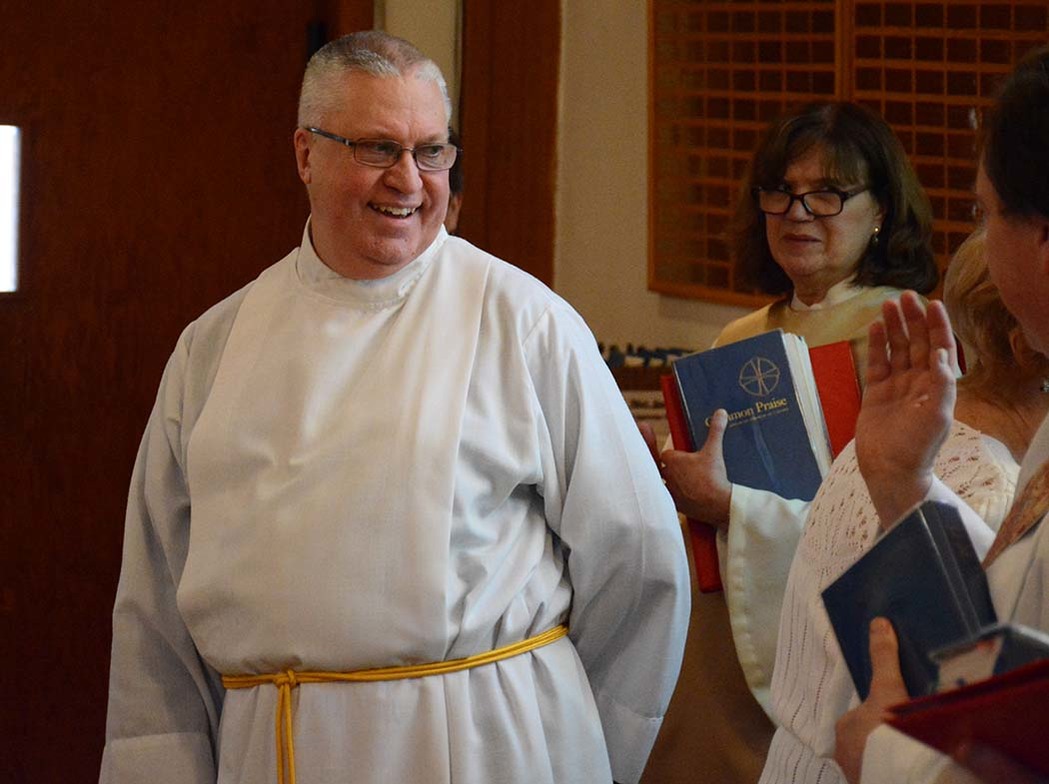 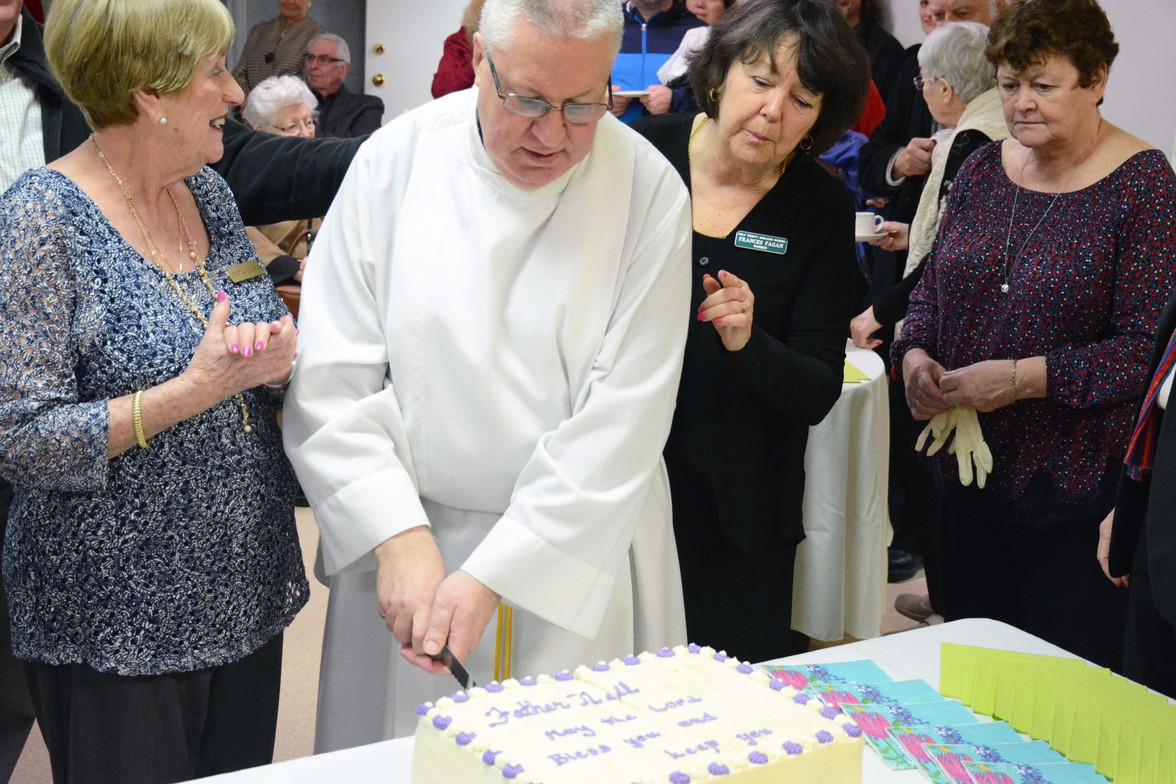 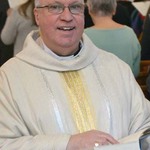 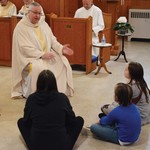 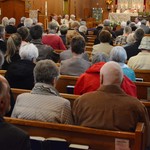 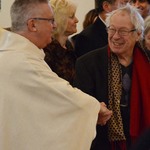 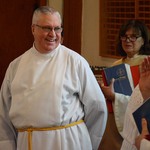 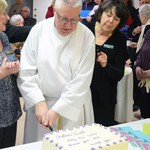 The Retirement of the Reverend Father Neil Gray

On a rainy, early spring Sunday, April 8, 2018, the members of the Parish of Holy Trinity, White Rock gathered at 9:30am for a Celebration of the Eucharist for the Second Sunday of Easter. Those that regularly attend the 8:30 service and those that attend the 10am service filled every seat in the nave, all the pew bulletins were distributed and late arrivals were asked to remain in the back and find seats in the area reserved for the sidespeople.  The capacity congregation were there to commemorate the last Eucharist to be celebrated by their rector of 15 years, the Reverend Neil Gray.

Prior to the beginning of worship, Deacon of the Word and Table, the Reverend Paul Richards went to the lectern to announce that the Refugee family that the parish has been working to sponsor and support would be arriving in Vancouver to begin their new life in Canada in 4-6 weeks. This project has been years in the making and was largely due to the commitment of Refugee Committee Chair, Peter Johnson, ODNW who died on January 21 (Peter's obituary may be found here). Rev. Richards also announced that Bishop Skelton had appointed the Reverend Georgina Harris as interim priest-in-charge effective May 1. This news created a poignant juxtaposition between the sadness of Peter’s death and Fr. Neil’s retirement with the hopeful expectation of greeting the new arrivals.

Following a rousing Processional Hymn, “Ye Choirs of New Jerusalem”, Fr. Neil gathered the younger members of the parish around him and told them about his retirement.  He plans to write a novel, a whodunit with a culinary theme titled,” Dangerously Low on Celery Salt" which is set in a fictional town on the West coast of Canada called Black Cliff - and bears no relationship to a city called White Rock. He will live in Vancouver’s West End and will attend Christ Church Cathedral and/or St. James’ and he will be available to Celebrate the Eucharist at those locations if requested.

Fr. Neil’s sermon was a fond memoir of his Holy Trinity, White Rock experience involving three points of focus and the answers to three frequently asked questions. He began his sermon with these words :

“Well, it seems that I have sure started something, for as soon as the ink was dry on my letter of resignation to Bishop Melissa, both Archbishop John Privett and our Primate, Fred Hiltz both announced their respective retirement dates…and now Daniel and Henrik Sedin…are also calling it a day.”

He went on to say that he had given this sermon more thought than any other and what kept coming to the forefront of his mind was the interview with the canonical committee 15 years ago and how parish leader Kathy Irwin had said that they really wanted to respect his time and that phrase has stuck in his mind ever since and now at the end of his time at Holy Trinity he feels that during the 15 years he “has been deeply respected as your priest.”

In conclusion he reminded the congregation that through the years he has often included quotes from famous theologians, philosophers and world leaders, however for this his last sermon he chose a slight paraphrase from Roger Whittaker’s 1971 hit, The Last Farewell, “you people of Holy Trinity are beautiful and I have loved you dearly, more dearly than the spoken word can tell.” The congregation erupted in spontaneous applause.

(A video of Fr. Neil Gray's sermon is available by following this link)

Following the intercession led by the Reverend Paul Richards, Rector’s Warden, Simon Johnston, ODNW read the letter to the parish from Bishop Melissa Skelton. In her letter she wrote,

“I think of Neil as one-of-a-kind. His engaging manner, his sharp wit, his sense of humour, his intellectual capacity, his love of the Church and the priesthood all contribute to the person he is and, surely, to the contribution he has made at Holy Trinity…I know that you will miss him as your rector. I will miss him in this role as well. I have every confidence that his legacy with you will provide a strong foundation for the rich future that God has in store for all of you.”

After the Eucharist and the Blessing, the congregation led by the choir sang the Closing Hymn, Holy, Holy Holy and as the last line of that favourite hymn concluded the choir and congregation segued into For He’s A Jolly Good Fellow and another session of spontaneous applause.

Then it was off to the parish hall for snacks, a giant card with many good wishes written inside, gifts, the cutting of a cake and Fr. Neil’s last coffee hour as rector of Holy Trinity.

Please keep Fr. Neil in your prayers as he begins this new phase of life following 35 years of full time, ordained ministry, 30 of those here in the Diocese of New Westminster.

And please keep the Parish of Holy Trinity, White Rock in your prayers as they move into their next phase of mission and ministry.

(The video attached is of Fr. Neil thanking the wardens and the parish for his card and gift and the cutting of the cake)

Many more photos and captions are available by following this link to the album on Anglican Conversation, the Facebook page of the Diocese of New Westminster