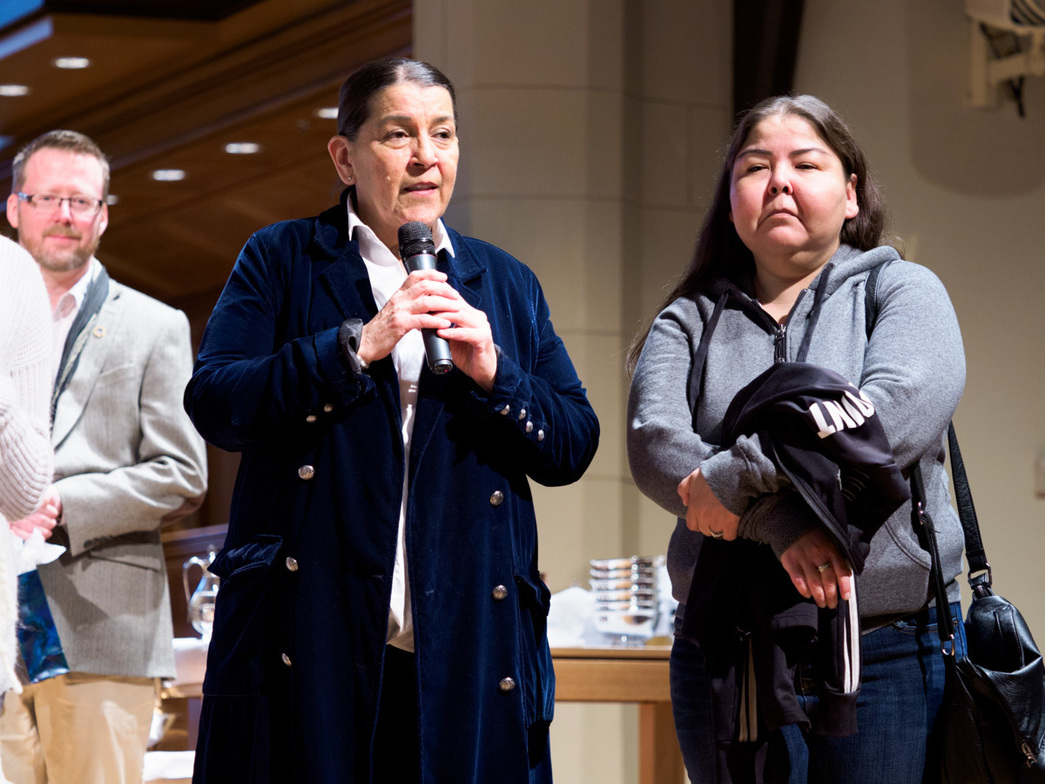 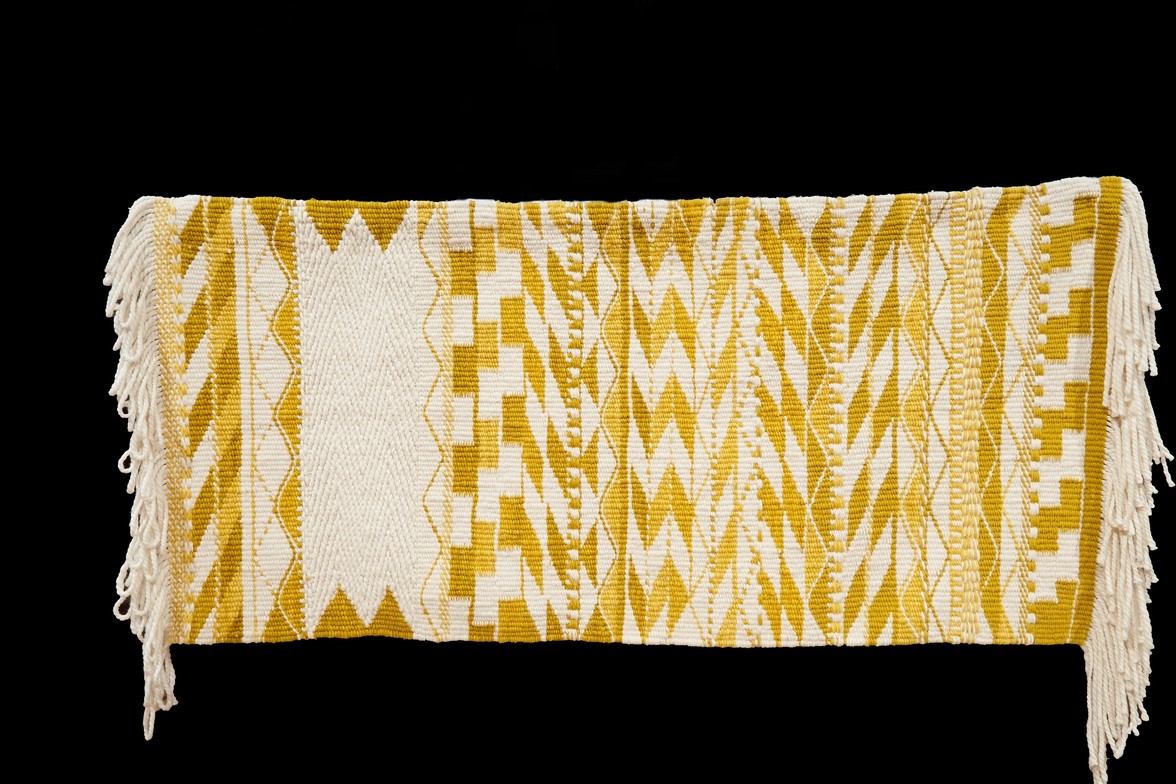 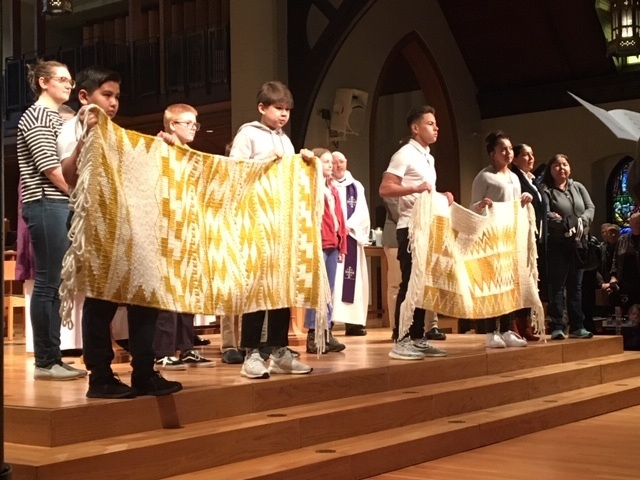 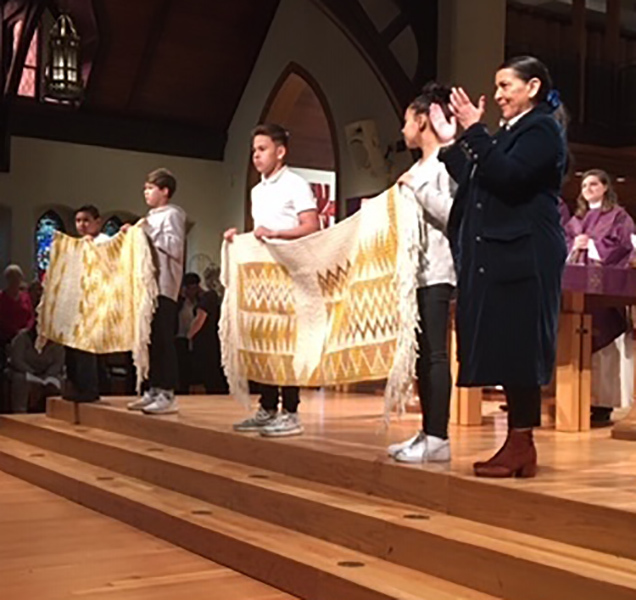 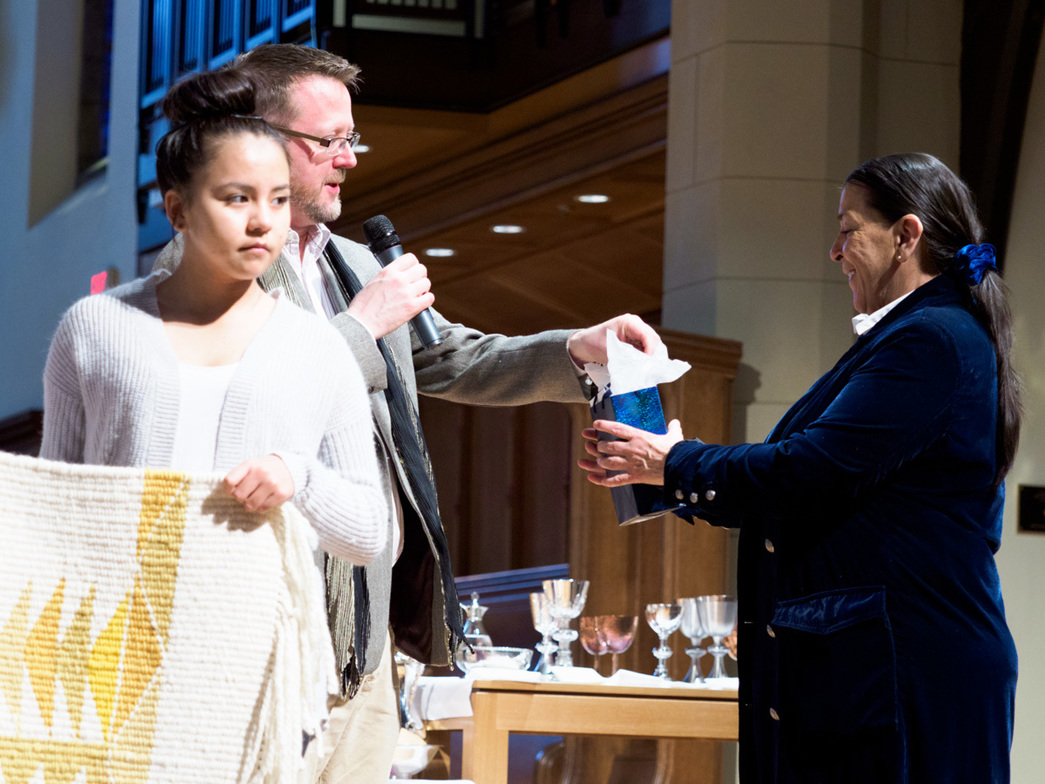 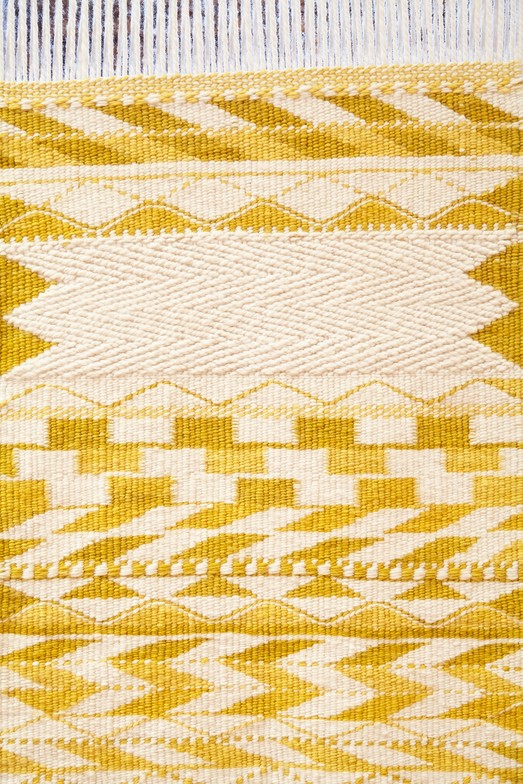 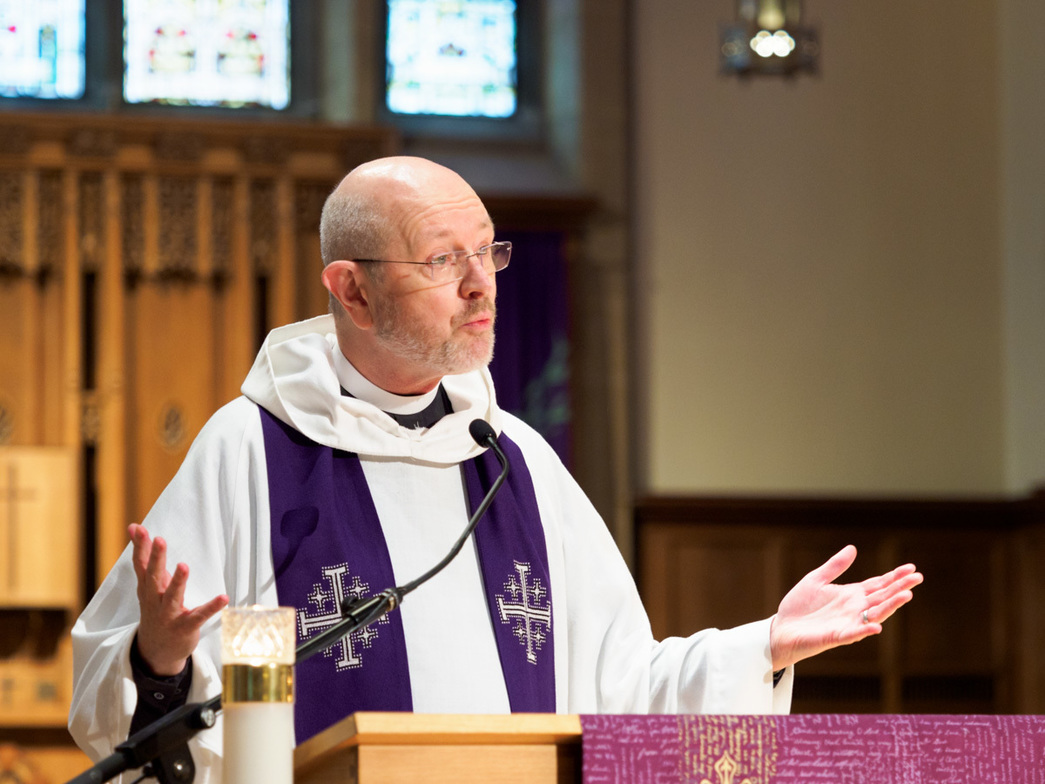 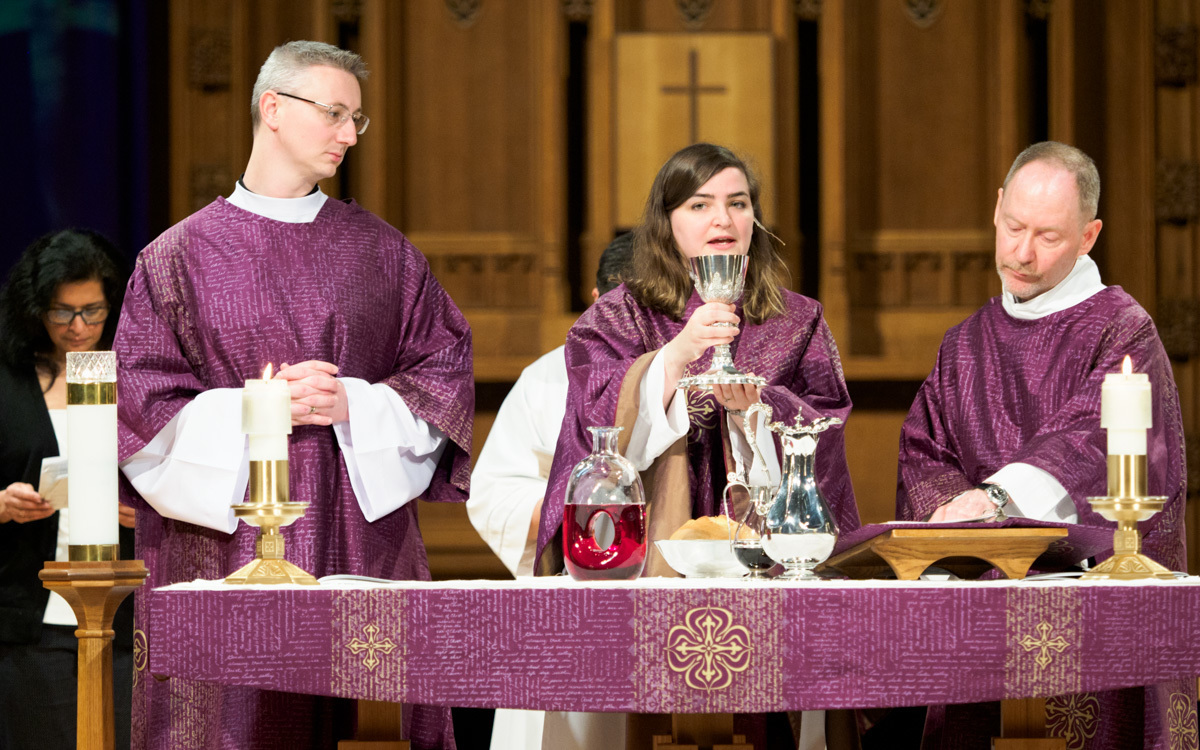 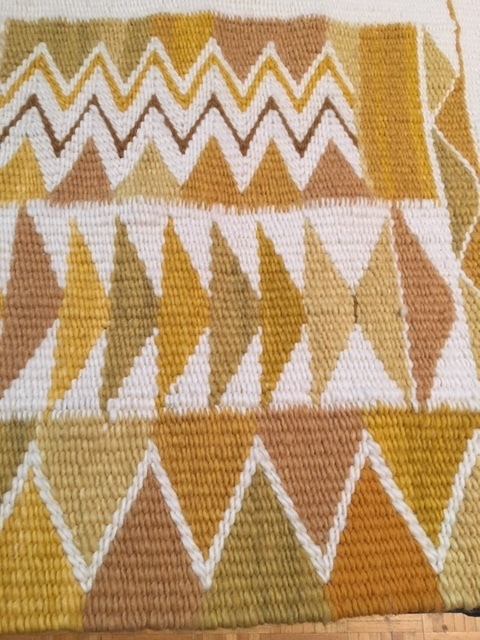 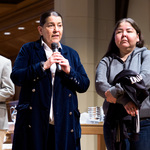 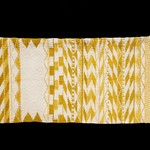 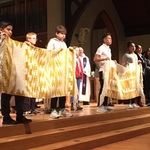 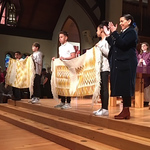 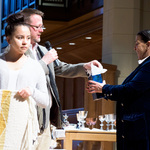 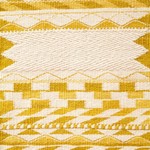 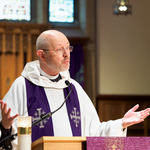 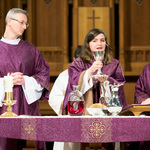 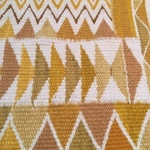 No one knows the “absolute” answer on how to bring about reconciliation between Canada’s First Nations, Inuit, and Metis peoples, and those of us whose peoples displaced them, according to Debra Sparrow, a Musqueam weaver, artist and knowledge keeper. But any step taken in good faith to build a new, healthy relationship is a good one.

Sparrow made the comments while handing over two of her weavings, called “Golden Threads from Heaven” to the Parish of Christ Church Cathedral during the 10:30am Eucharist on April 7.

“This journey has been amazing, it has been a gift from God” Sparrow said of the process of taking her weavings from an idea in her mind to finished product.

The idea for the weavings was born in 2017, very much as a sudden inspiration. Cathedral artist-in-residence Thomas Roach was curating an exhibit of sacred textiles in the chancel and invited Sparrow along with two other women artists and curators to be the “curatorial circle” for the exhibit.

While giving the three women a tour of the church, leading them down the stairs to the lower level, Sparrow looked up at the Susan Point windows and the Bill Reid prints hanging beneath. “I can see a weaving hanging on that wall” Sparrow told Roach.

That was all it took.

Roach approached the cathedral trustees with the idea of commissioning Sparrow to weave a piece that would symbolize our community’s commitment to reconciliation. The trustees agreed and the journey began.

But, as often happens when two artists become friends, their conversations gave birth to other ideas as well. They thought it would be great to get the whole community involved in the weaving process by teaching people how to weave.

Sparrow agreed to teach one of the cathedral youth groups how to weave – but not merely as an artistic endeavour. The young people learned how to use weaving as a way to pray for reconciliation. During lent spinning wheels were set up at youth events, parish events, and some liturgies. The weaving produced as part of that project will be hung in the chancel later this year.

For Sparrow the blankets were very much inspired by God and a way for her to give thanks for the gift of creativity she believes the Lord has given her.

One of the blankets is made up of traditional, pre-contact- Salish patterns. The second one illustrates the hope for a new relationship. Broken warp threads between the two blankets highlights the break in tradition and relationship.

This project, which Sparrow had to think about carefully before accepting because it came from a church, also helped her reconnect with a childhood friend – Susan Point, the creator of the Tree of Life stained glass window.

Sparrow told the congregation all of these elements make her feel that “this is a good reason to visit more often. I will be visiting more often.”