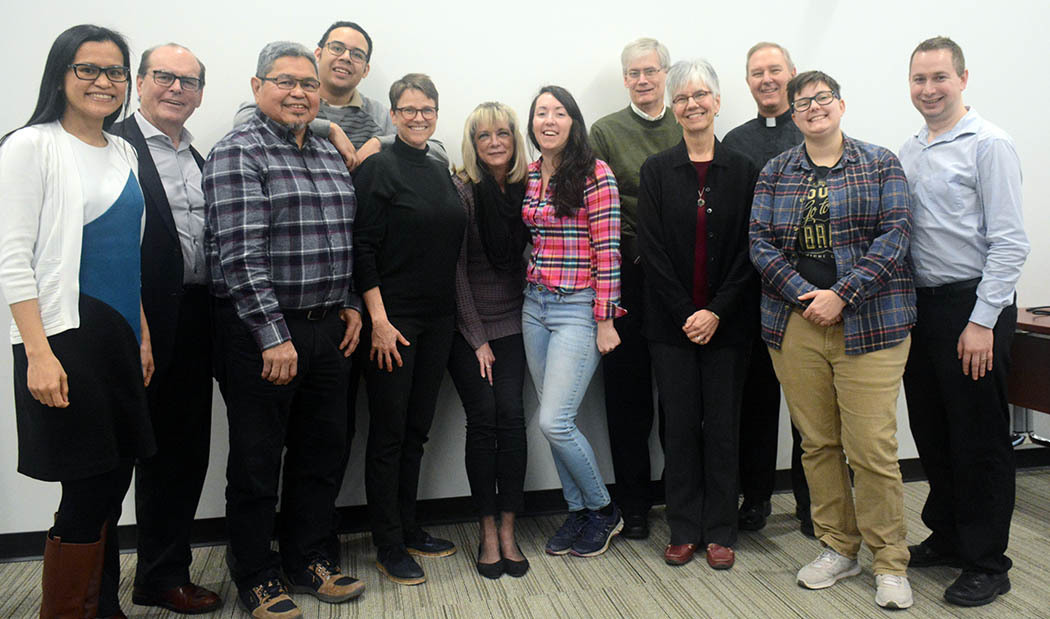 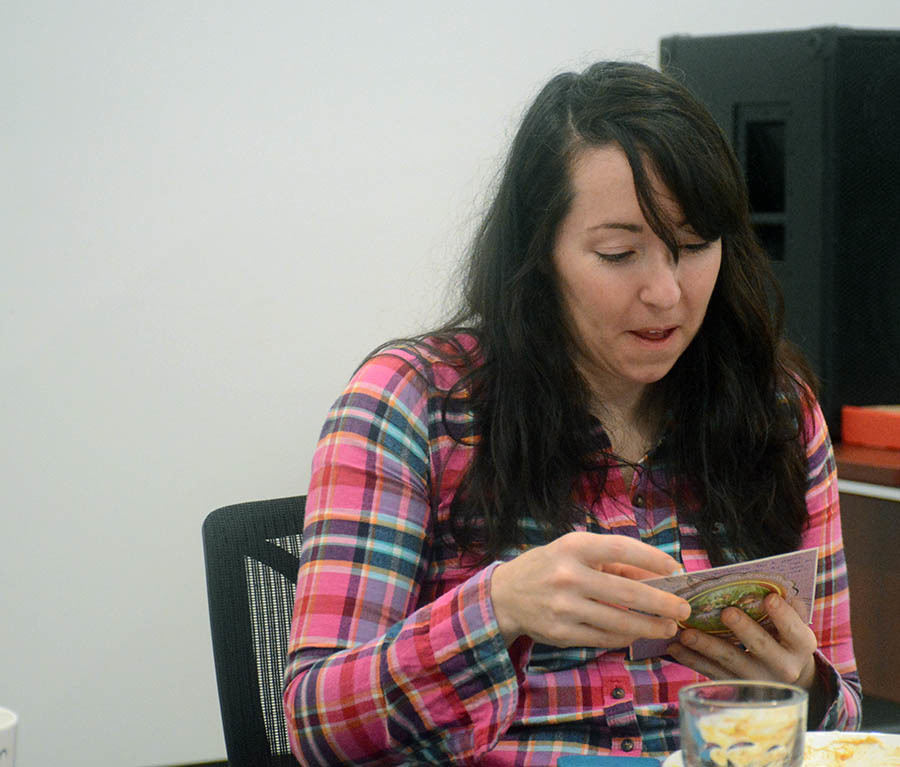 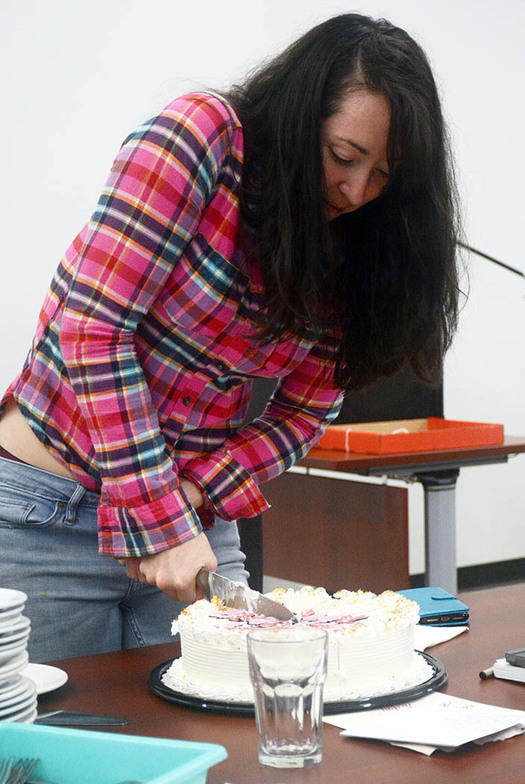 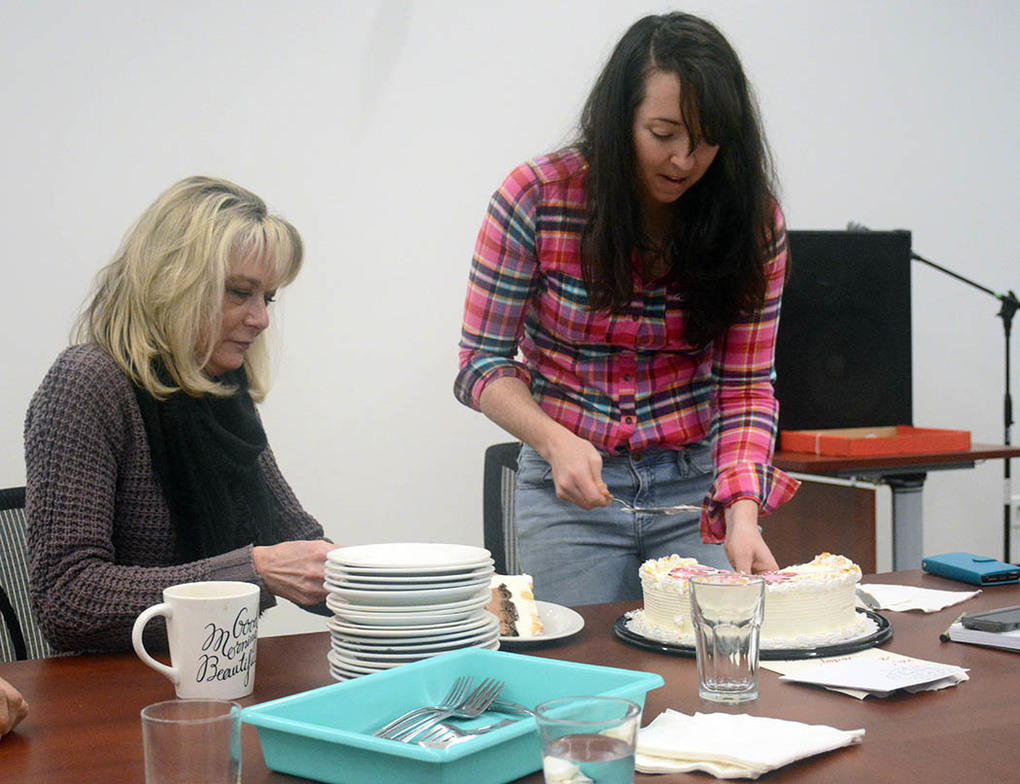 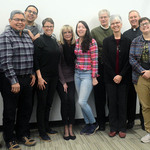 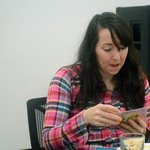 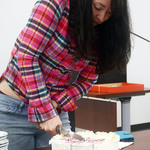 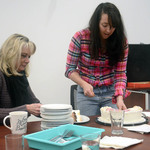 Tables were set up buffet style in the Conference room of 1410 Nanton Avenue to accommodate a delicious selection of food supplied by Vij’s Railway Express food truck and everyone on staff except for Director for Mission and Ministry Development, the Reverend Dr. Tellison Glover who had experienced some travel challenges on his way back from the Bahamas were present to wish Amy well and say “good-bye”. Also absent from the group photo are the Reverend Jessica Schaap who had to leave the luncheon early and the author of this piece who was taking the photographs.

Amy did an incredible job in her more than two years on staff, both as the Synod Building Manager and as the Verger at St. John’s, Shaughnessy (SJS). Her professional and positive attitude was a valued component of the life of the organization, not only for those of us who were fortunate enough to work with her but for the hundreds of people; user groups, tenants, guests, visitors who came through the doors during her incumbency. Amy will be missed.

As is traditional, there was a Dairy Queen ice cream cake served and it proved difficult to slice, so Amy had to get up from a sitting position and use some leverage to cut the cake. This was in fact a notable feat as Amy has suffered a knee injury (in her earlier years Amy played soccer at a very high level and her career at the competitive level was cut short due to injury) and will be undergoing surgery in the month of February. However, as has been a feature of her character during her time at the diocese and SJS she did not complain, but smiled, persevered and cut the cake.

After the distribution of the cake slices, there was a gift presentation made by Archbishop Skelton and members of staff offered personal reflections and experiences about Amy and her role on staff.

Amy is multi-talented and among her many talents is art and design. She will renew her pursuit of training and education in order to complete her professional designation as an architect.