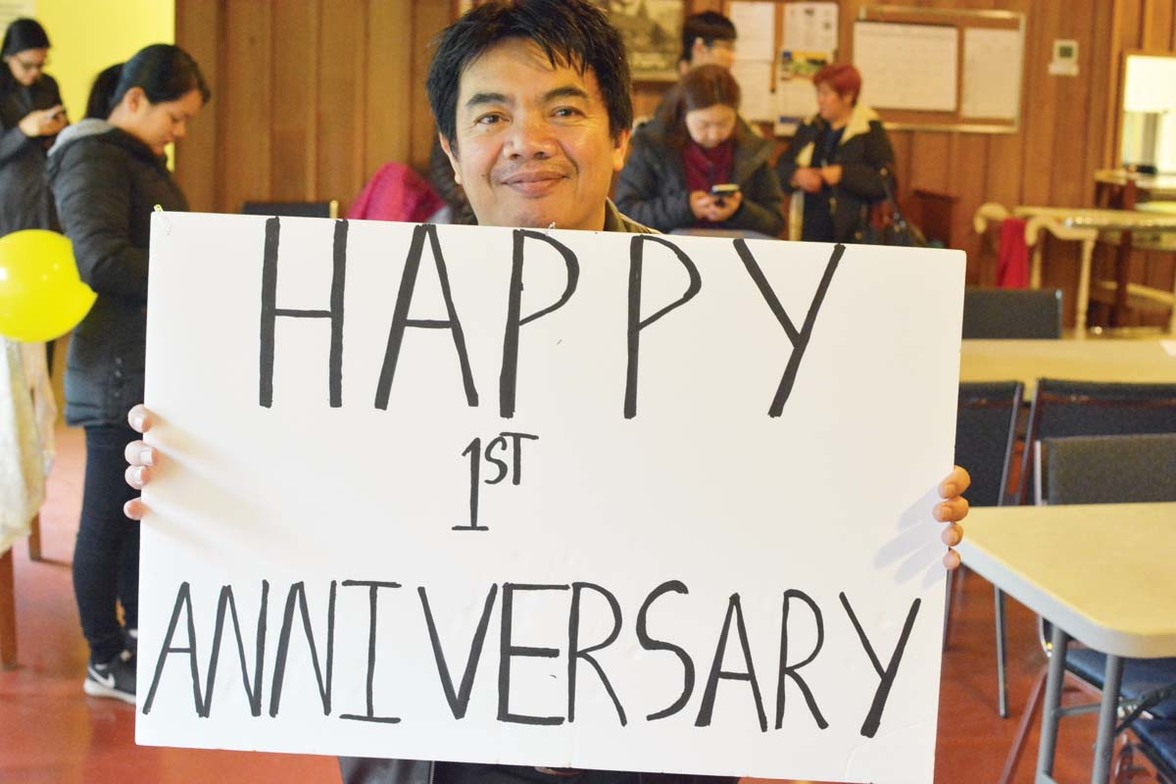 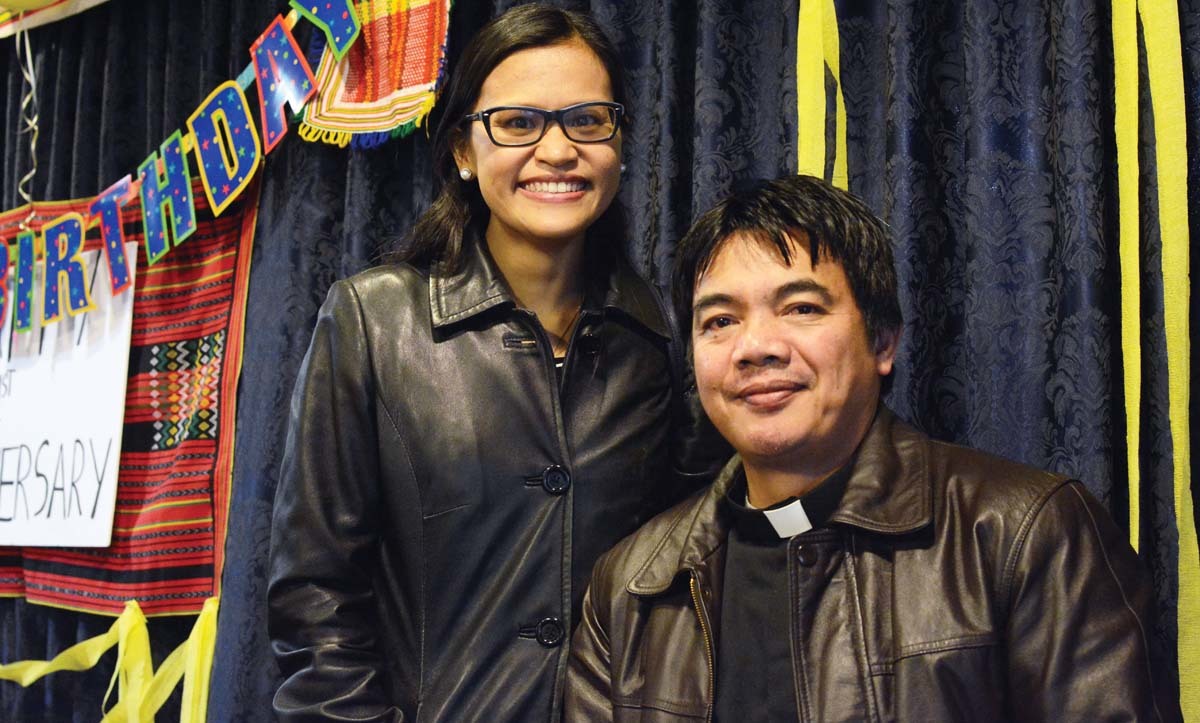 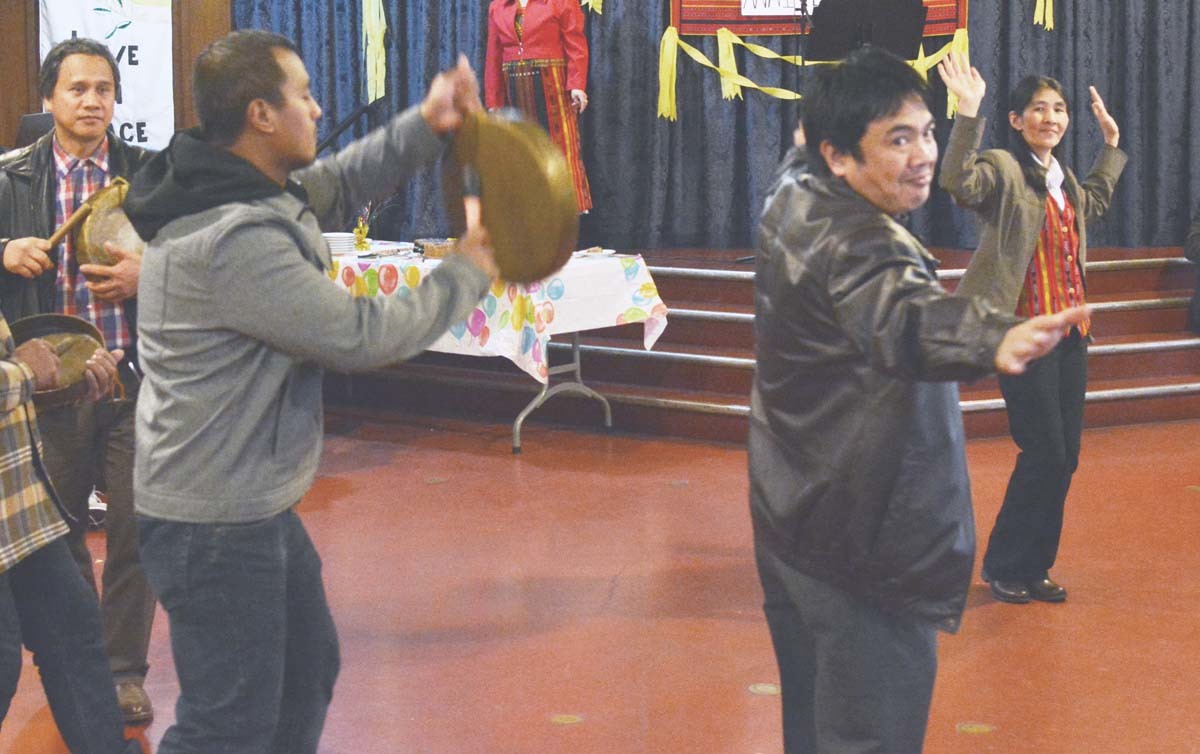 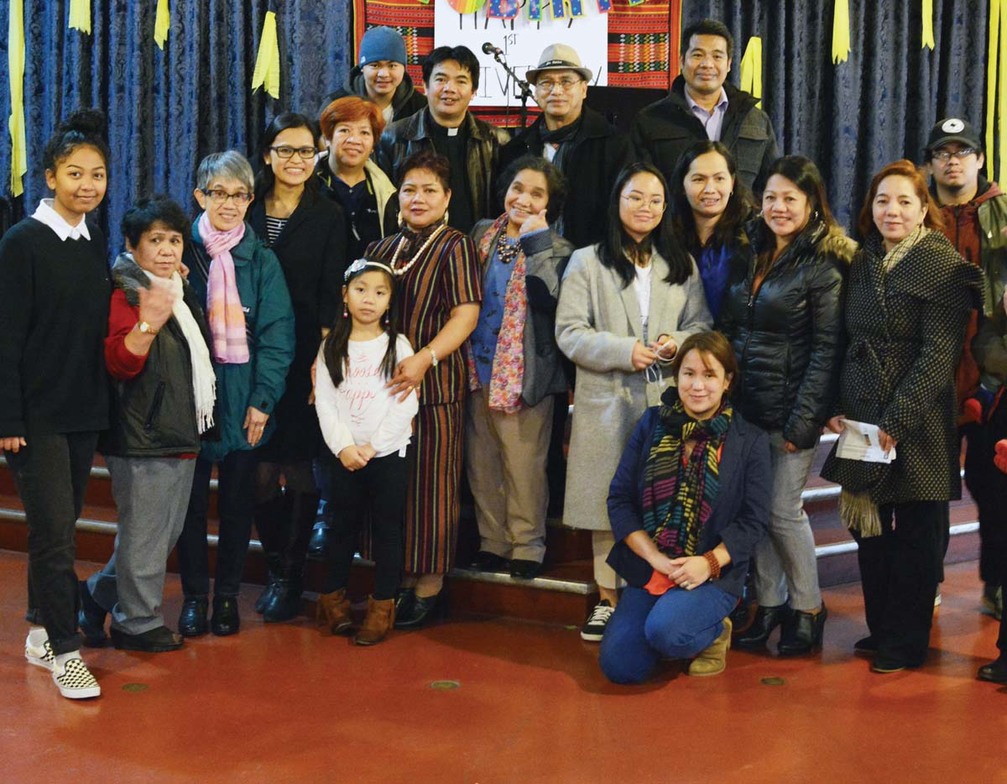 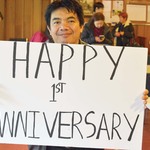 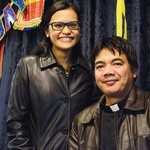 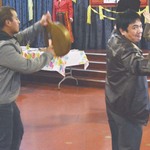 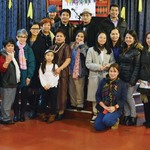 Following the Sunday Eucharist, February 4, 2018, the St. Mary's, Sapperton faith community held a joyful celebration in the parish hall. The milestone being celebrated was the late January birthday of St. Mary's vicar, the Reverend Arvin Amayag AND the first anniversary of his appointment by Bishop Skelton as vicar of the parish.

Initially this event was promoted as a pig roast, however it seems the pig's sentence was commuted.
There were however, a number of pork dishes included in the sumptuous luncheon that was provided for the party.

Dancing to gong music is always a part of celebrations involving the growing Filipino community in the diocese of New Westminster and this party was no exception.

Synod staff members: comptroller, Shailene Caparas and communications officer, Randy Murray stopped by on their way back to Vancouver after attending the Eucharist at St. George, Maple Ridge. Bishop Skelton has presided and preached at that liturgy as part of her scheduled episcopal visitation to the Maple Ridge parish.

They received a warm welcome, delicious meat and fish dishes and the opportunity to be in a few photos. Thanks to all at St. Mary's, Sapperton.