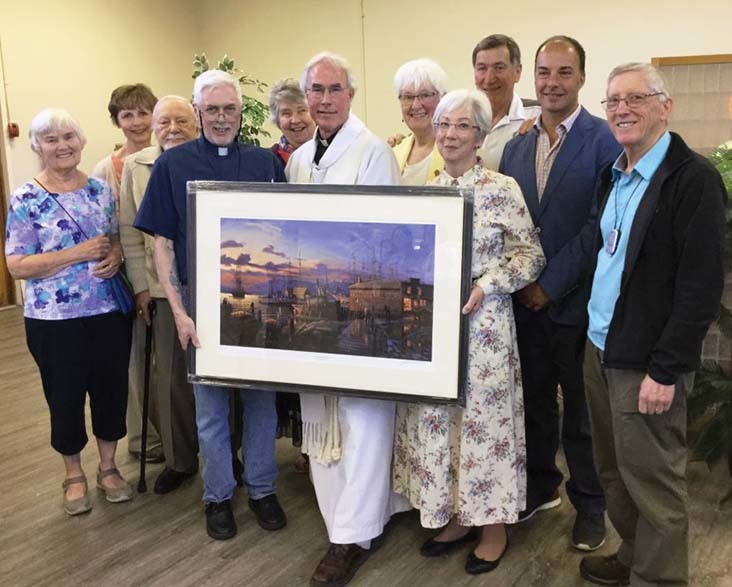 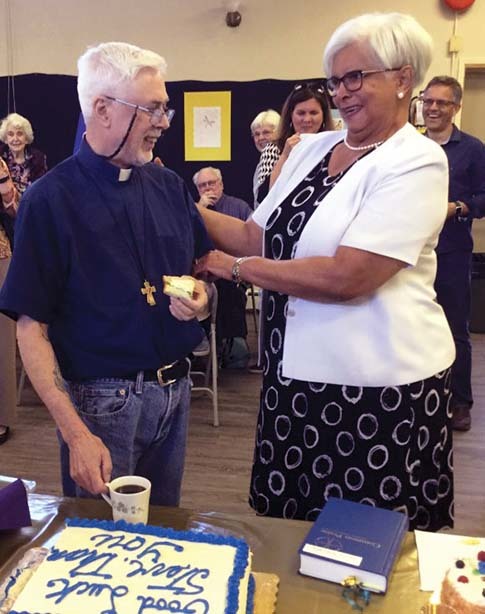 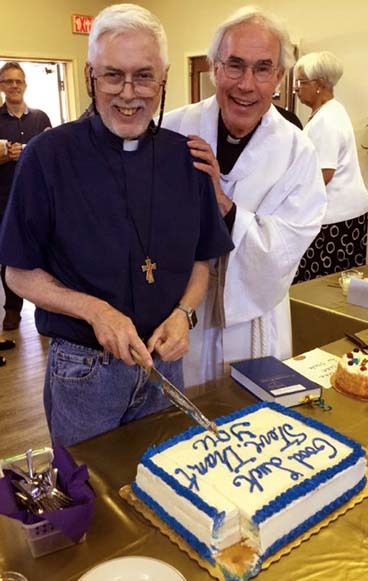 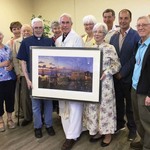 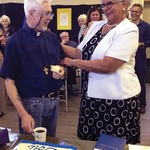 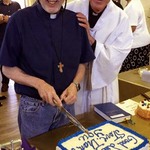 The Reverend Stephen Thompson retired from his diaconal ministry at St. David's, Delta at the end of May, 2018.

"Rev Steve" has been a part of St. David's since November of 2001 when he became involved in the mid-week liturgy held primarily for seniors. St. David's is connected by a pathway to the Abbeyfield Indpendent Living for seniors facility. As a result of his participation in the Alpha Course, which he and his wife Maureen later facilitated, Steve began the process of discernment to determine his future in the ministry from 2003 onwards, Steve studied for the role of a vocational deacon, serving his internship at St. Helen's, Surrey, in 2011

Steve was ordained to the diaconate on the Feast Day of St. John the Baptist, June 24, 2012, by Bishop Michael Ingham. Steve has been deacon at St. David’s since that time, where he has continued his seniors’ ministry.

At a retirement reception, May 27, Steve and Maureen were presented with a framed print of Marine Artist (and parishioner) John Horton’s painting entitled “Hastings Mill”.