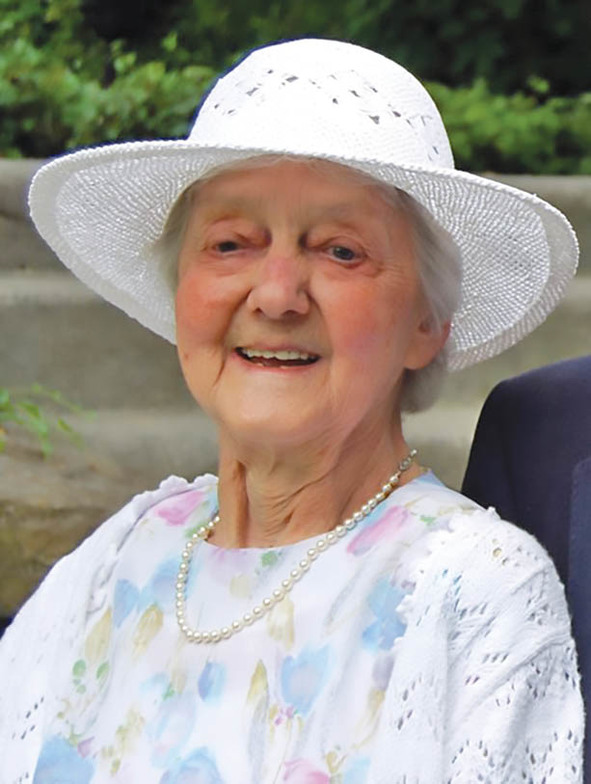 Helen May Riel (nee Johnston) was born September 9, 1924 in Melfort, SK and grew up near Hudson's Bay Junction. After high school graduation in 1943, she joined the Women's Division of the Royal Canadian Air Force and served till the end of the war. Following the war, Helen moved west to British Columbia where she eventually met and married William (Bill) Hilaire Riel. They moved to Surrey, BC where they had three children: Lori, Bill and Martin.

Helen was a dedicated mother and committed member of St. Cuthbert's Anglican Church. In November 2016, Helen was invested into the Order of the Diocese of New Westminster.

Helen has faithfully “let her light shine” for over 60 years through her service as a teacher and Superintendent of the Sunday School, in the choir, on the Pastoral Care Team and with the Mothers’ Union at St Cuthbert, among others. One can perceive the light that is within as well as the love and genuine concern she shares with everyone, born out of deep, yet practical faith in Christ.  Helen is well-known and well-loved by her parish.

She passed away peacefully in the night on October 16, 2021. She is survived by her loving husband Bill, her children Lori, Bill and Martin, daughters-in-law Kathreen and Rhianfa and grandchildren Hayden and Hillary.

(Prepared with files from Dignity Memorial)