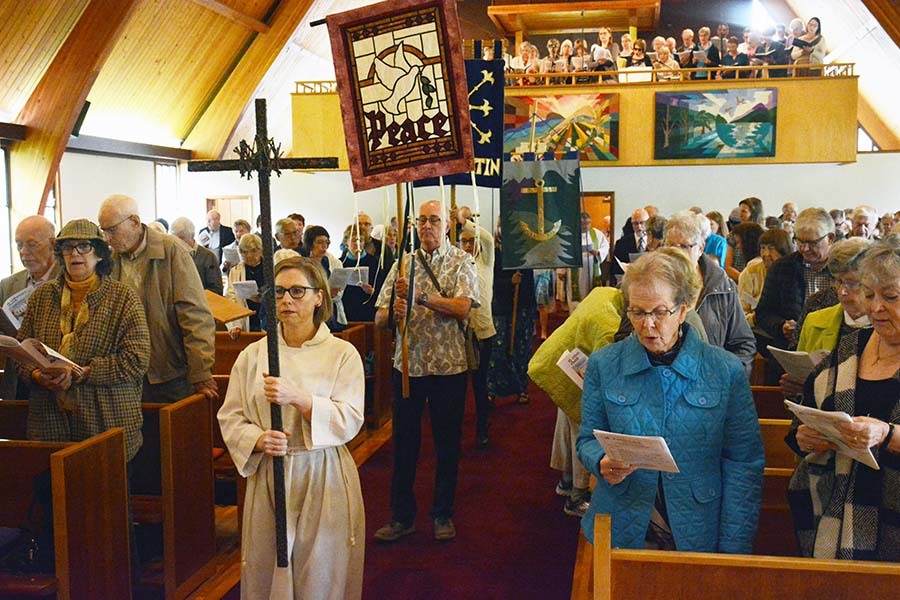 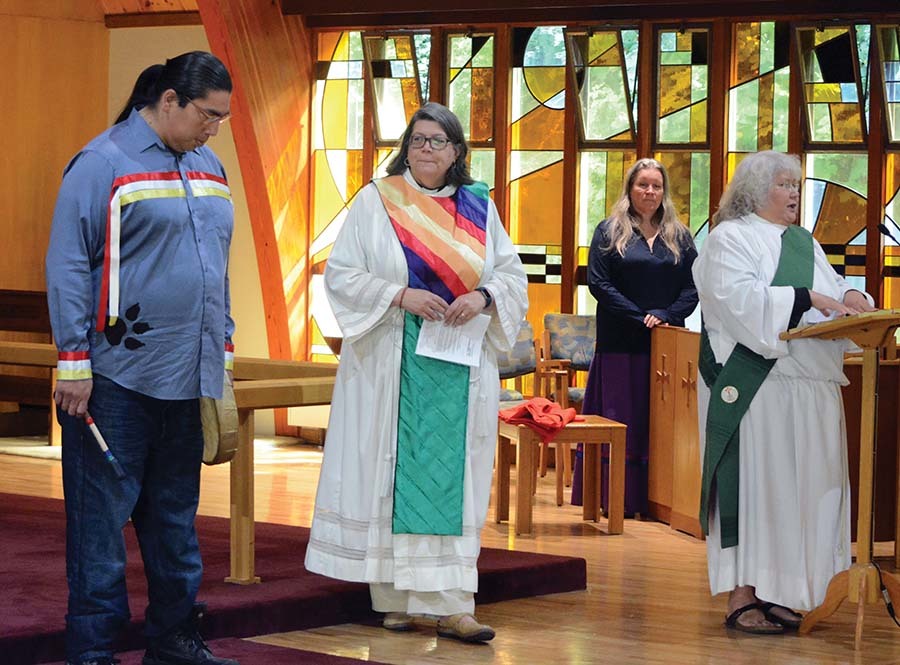 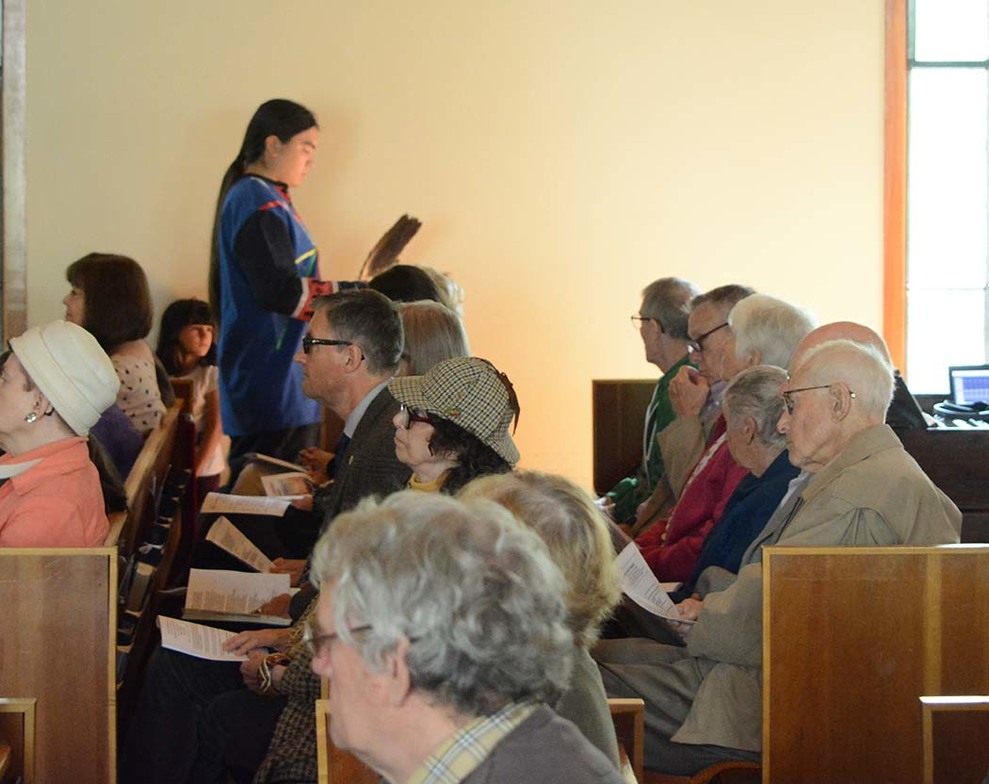 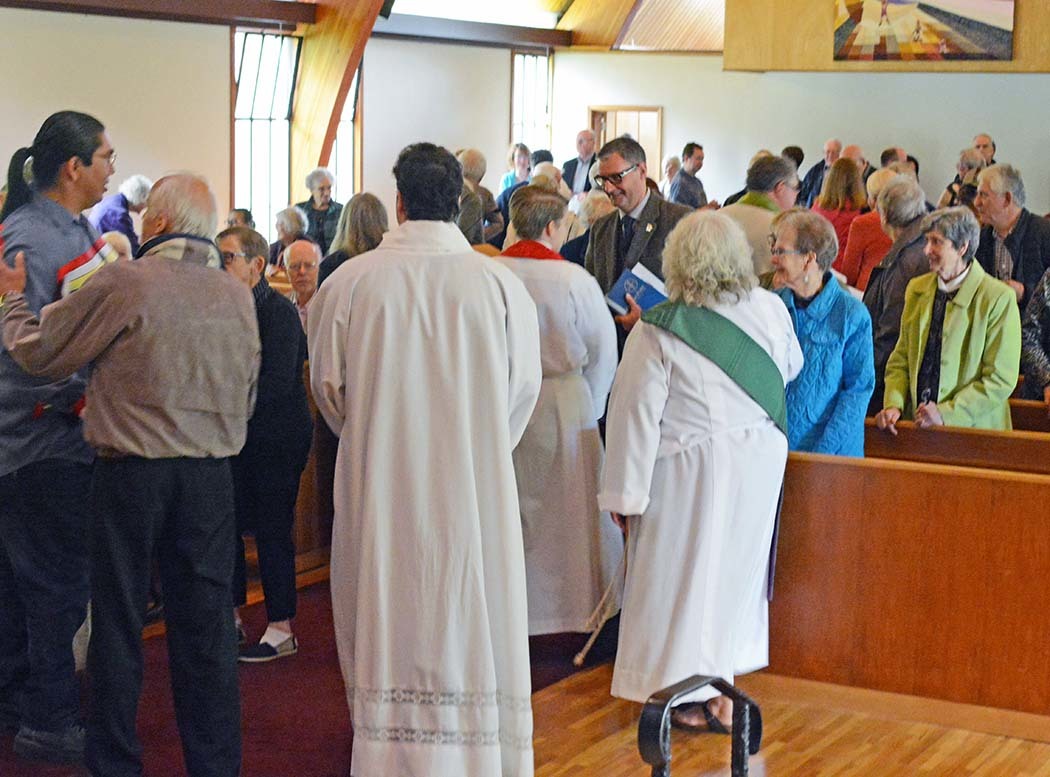 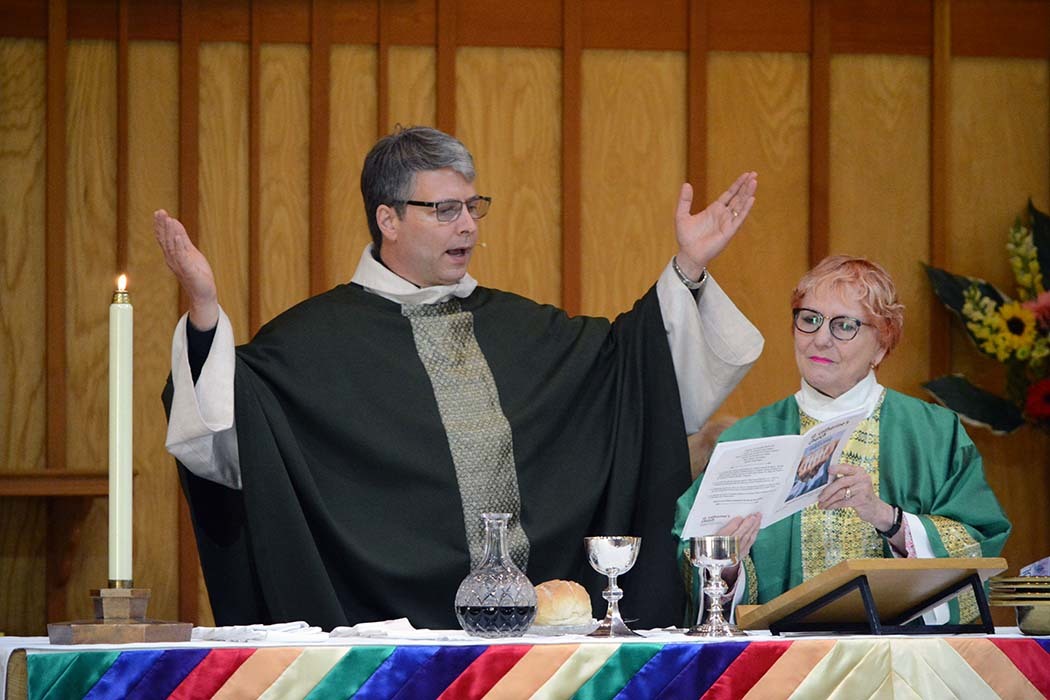 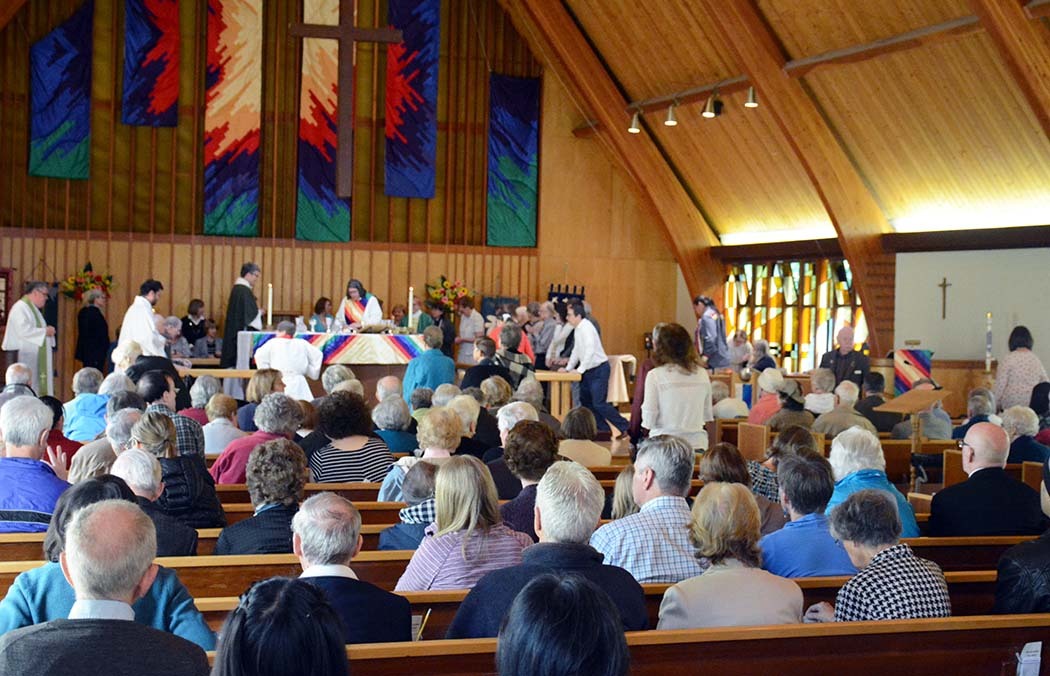 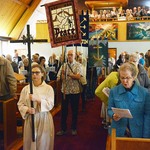 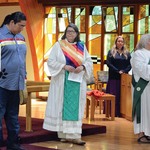 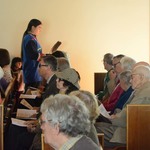 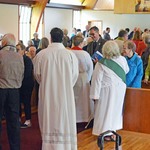 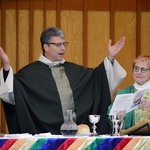 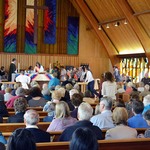 The Annual North Vancouver Regional Service of Holy Eucharist was celebrated June 10, 2018 at St. Catherine, Capilano. The five Anglican churches: St. Catherine’s, St. Agnes’, St. Martin’s, St. John’s, St. Clement’s  and the  two Lutheran churches, Mount Olivet and Gloria Dei cancelled their main Sunday service on June 10 in order to worship together for the seventh time in as many years.

This year the worship was focused on working towards reconciliation with Indigenous peoples which is one of the five priorities of the Diocese of New Westminster. The preacher was the Reverend Vivian Seegers, currently a transitional deacon, she is the assistant curate at St. Clement, Lynn Valley and the ordained leader of Urban Aboriginal Ministries (UAM) at St. Mary Magdalene located in the VGH neighbourhood. Seegers is the first aboriginal woman to be ordained in the Diocese of New Westminster. At her ordination January 21, 2018, members of UAM and members of the aboriginal Sundancers community were in attendance, helping to blend First Nations’ ceremony with the Eucharist. The June 10 worship had some of those elements including a smudging ceremony prior to worship, an opening and closing song and a prayer song during the intercession.

There was an excellent turnout from the seven church communities which resulted in a near capacity congregation filling the large nave.

The Venerable Dr. Stephen Muir, Archdeacon of Capilano and rector of St. Agnes’ in the Grand Boulevard neighbourhood of North Vancouver was the celebrant and he was assisted by St. Agnes’ deacon, the Reverend Lizz Lindsay who was deacon of the word and table. The Reverend Carolina Glauster, pastor of Mount Olivet Lutheran Church shared the Gospel story with the children and led the children and the rest of the congregation in a song with choreography. The MC was the “host priest”, the Reverend Sharon Salomons, priest-in-charge of St. Catherine’s.

St. Catherine’s director of music, Siiri Rebane was Music Director for the worship and she welcomed choristers from the other six churches as well as St. Martin’s director of music, David Millard who was the organist for the combined worship.  The Eucharist featured a broad and varied repertoire of sacred music which highlighted the full rich sound of the combined choir but also included music well known to all which promoted congregational singing.

Along with Pastor Glauster’s  and Rev. Seegers’s interpretive words about the Gospel for the day, Mark 3: 20-35, the intercession by Diane Champagne which concluded with a beautiful song combined to create a memorable worship experience.

Everyone involved in the worship and the organization of the worship voiced their appreciation for the hospitality of the St. Catherine’s community.

In keeping with the tradition of most Anglican events, a sandwich lunch that included a wide variety of delicious desserts was served in the hall following worship.

More photos with captions are available in a photo album at Anglican Conversation, the Facebook page of the Diocese of New Westminster.