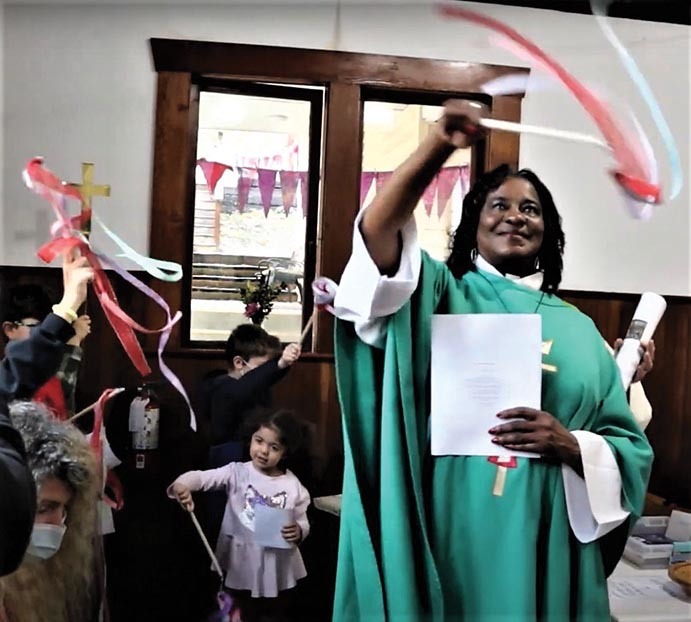 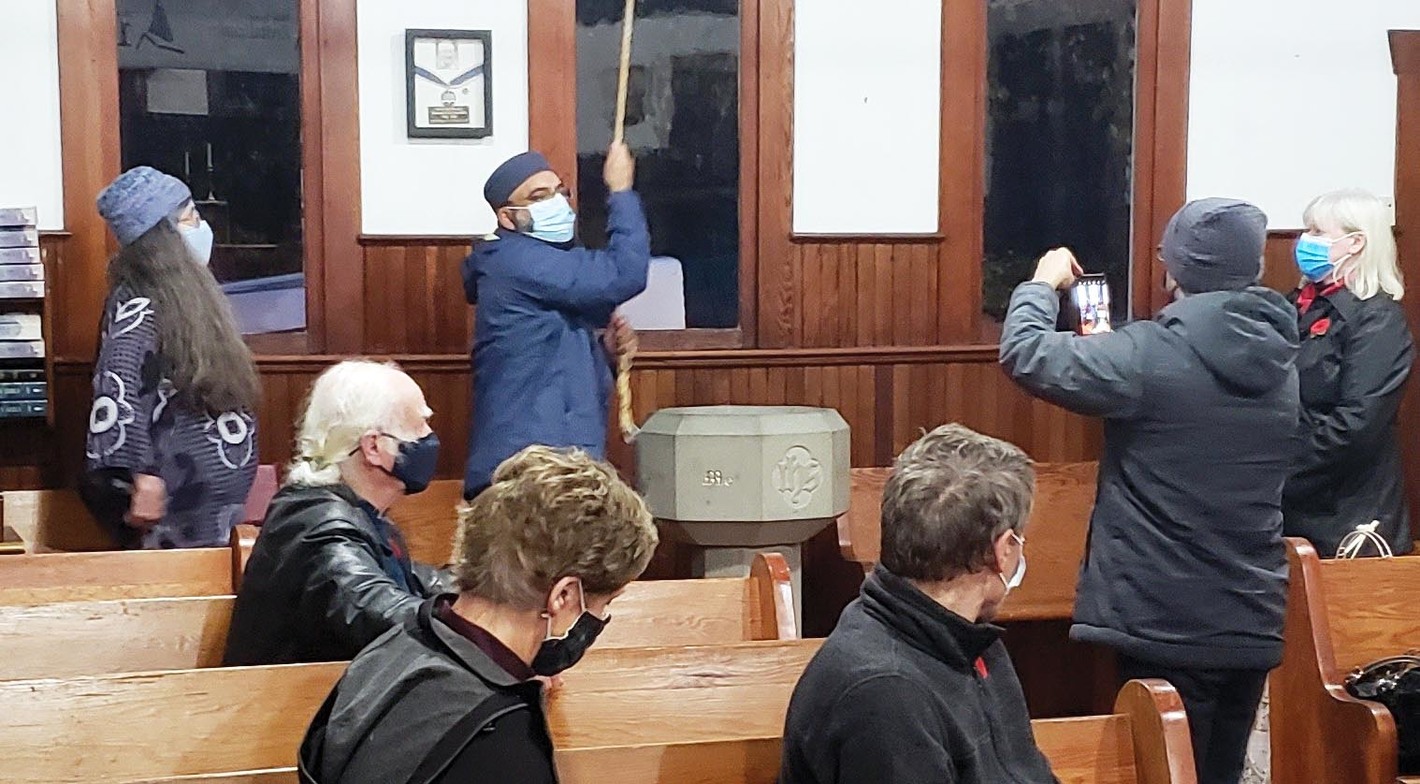 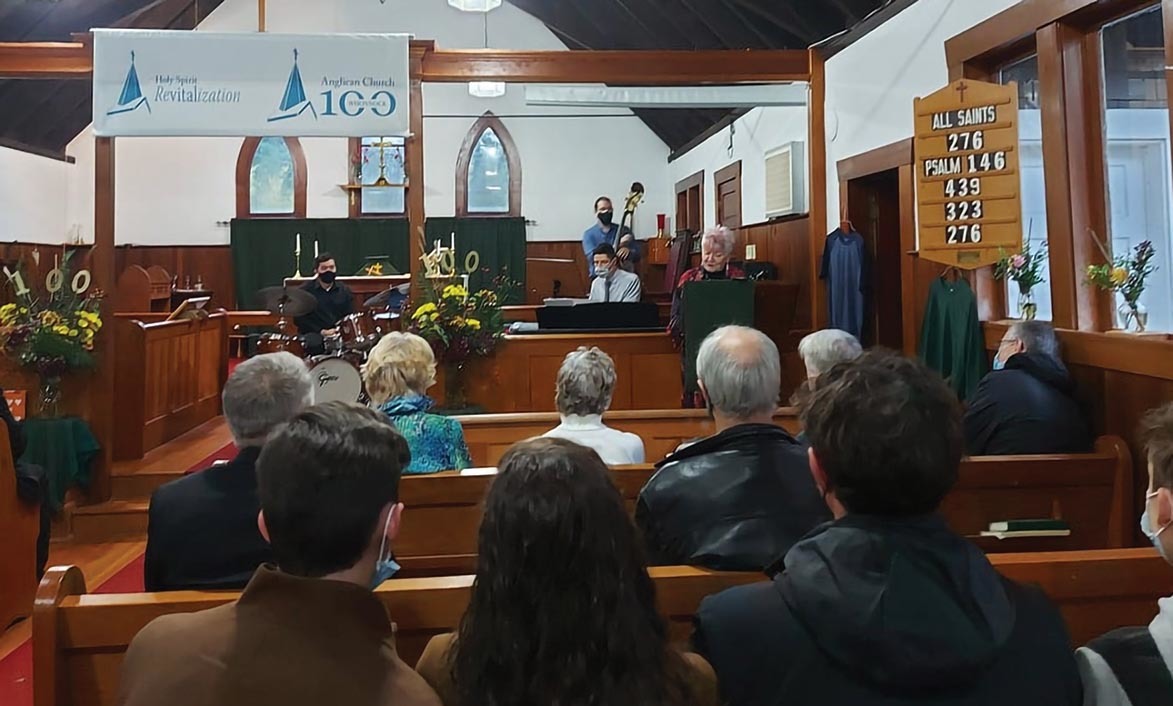 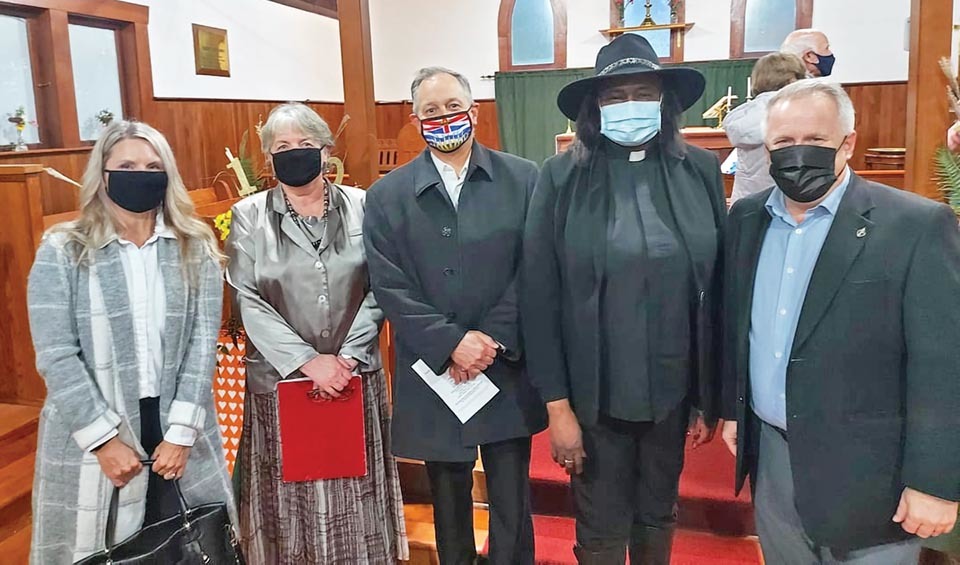 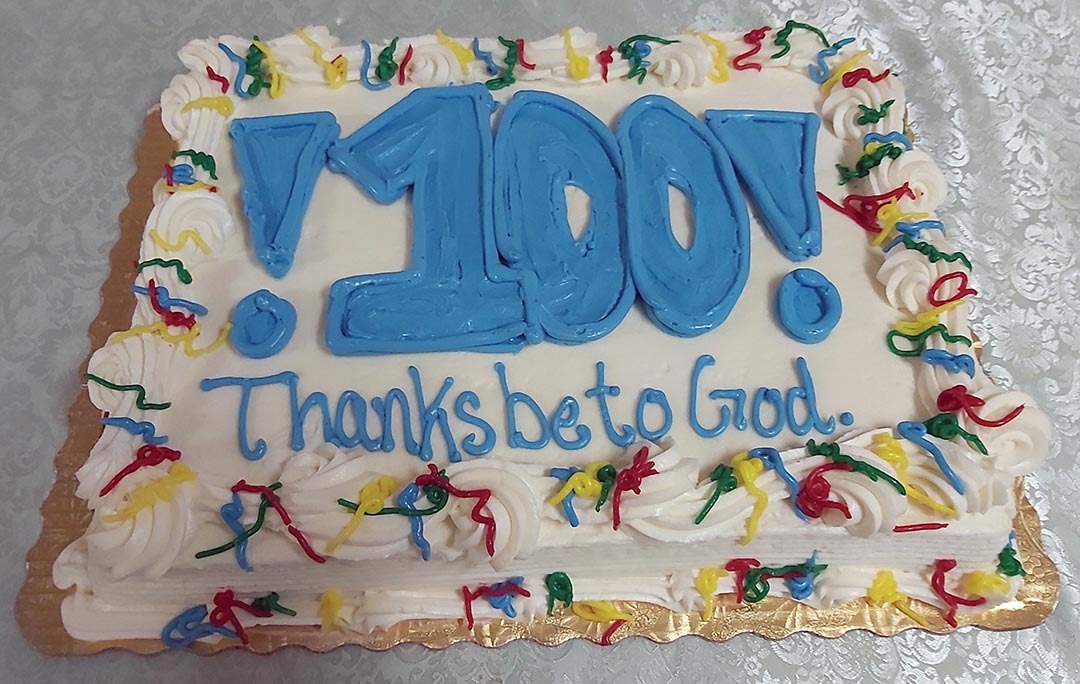 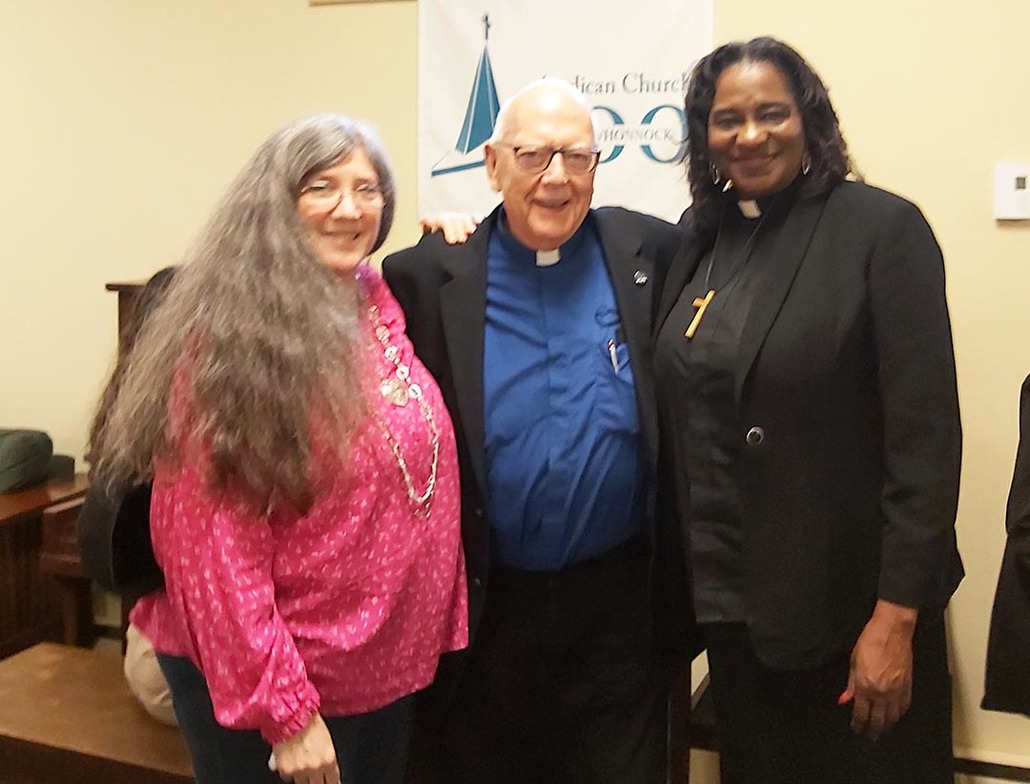 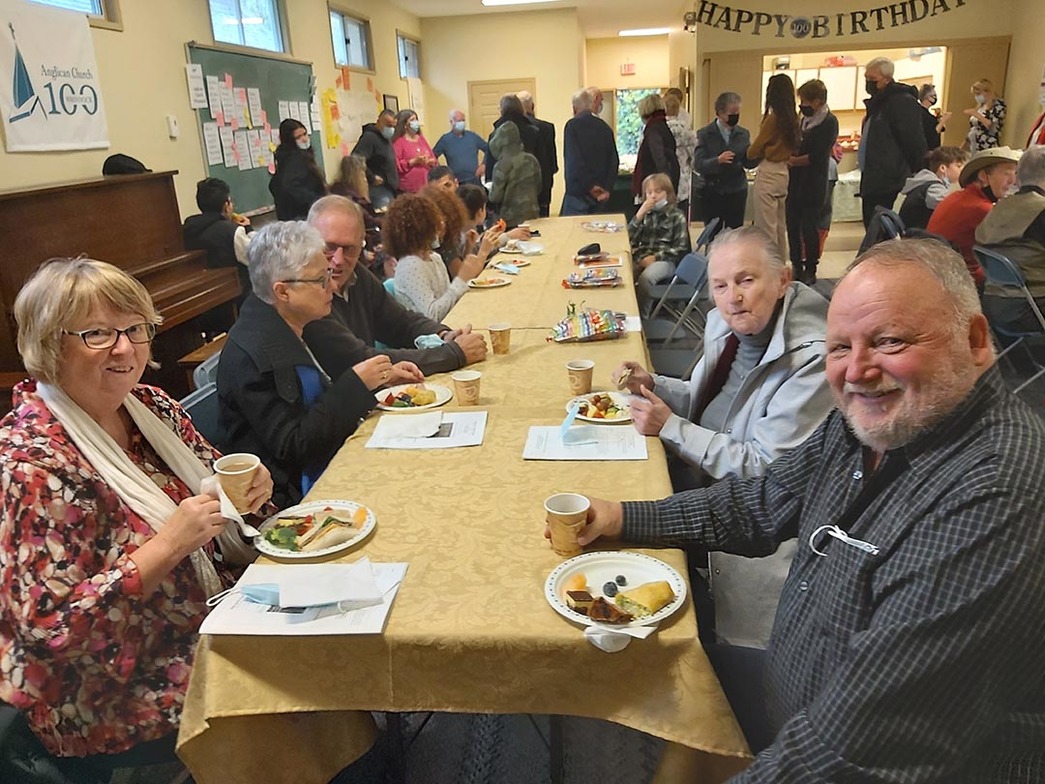 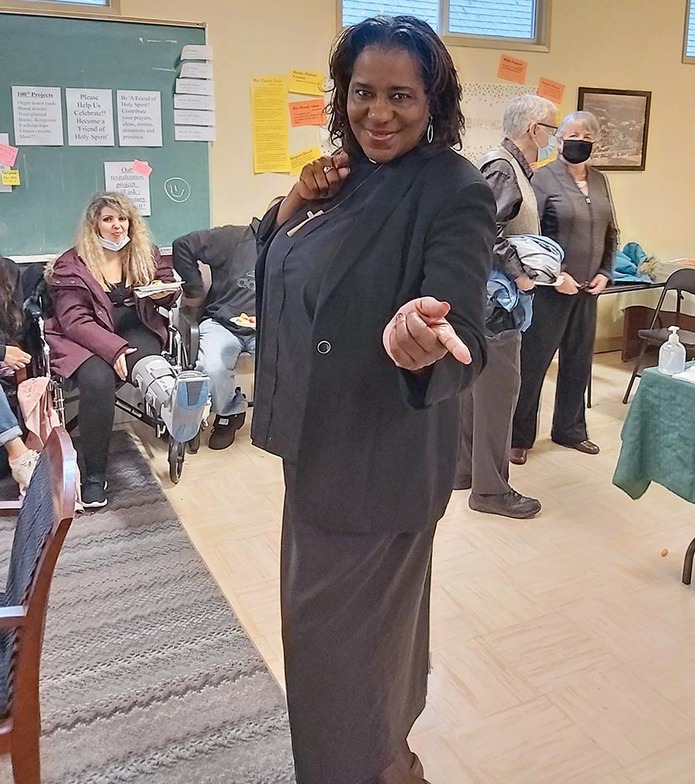 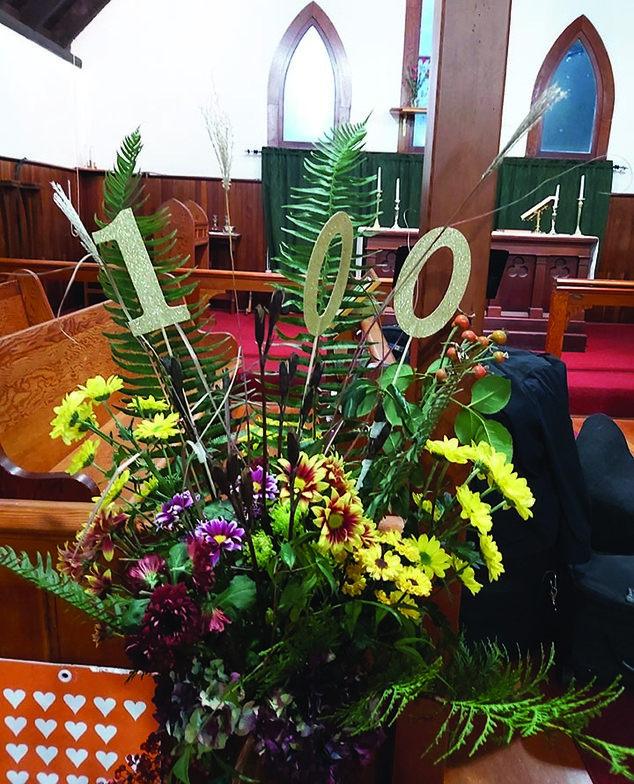 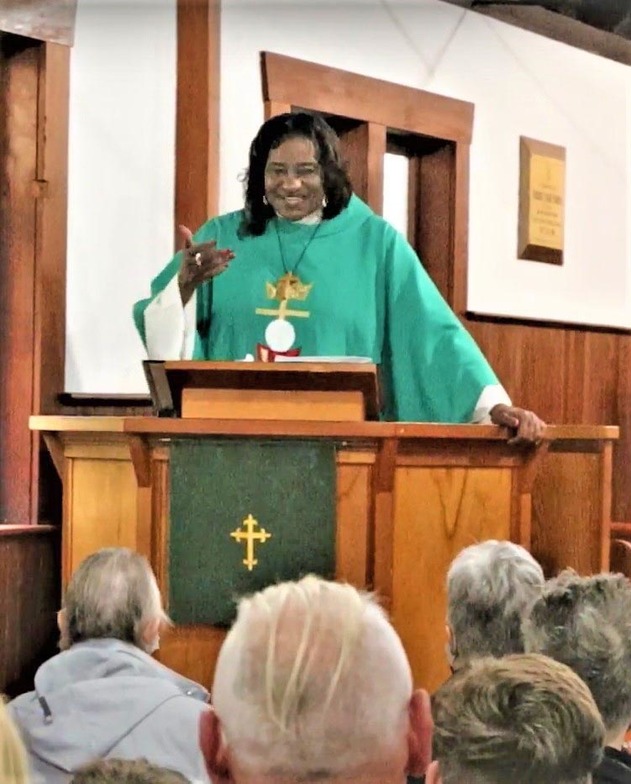 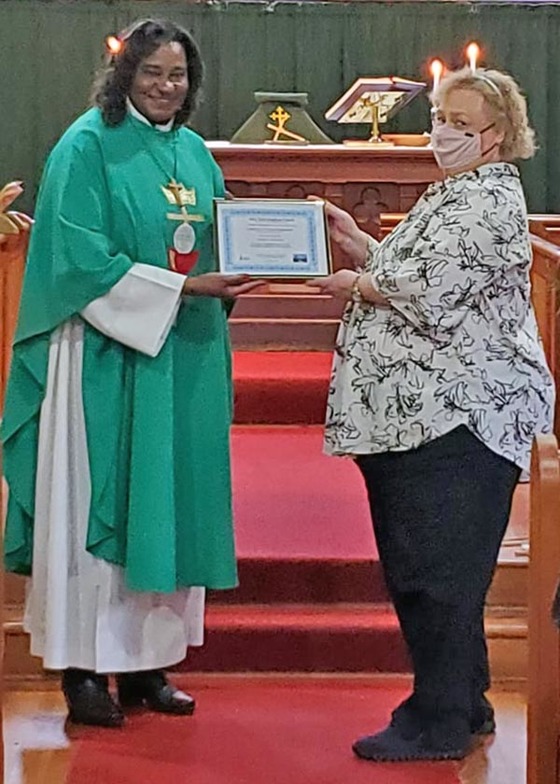 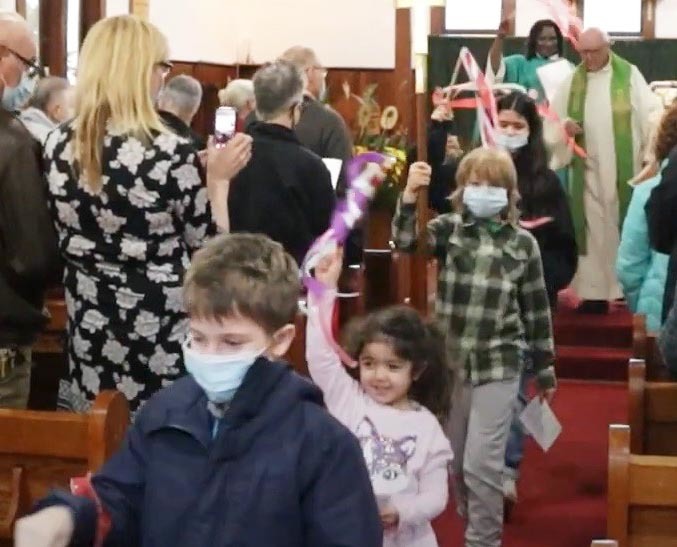 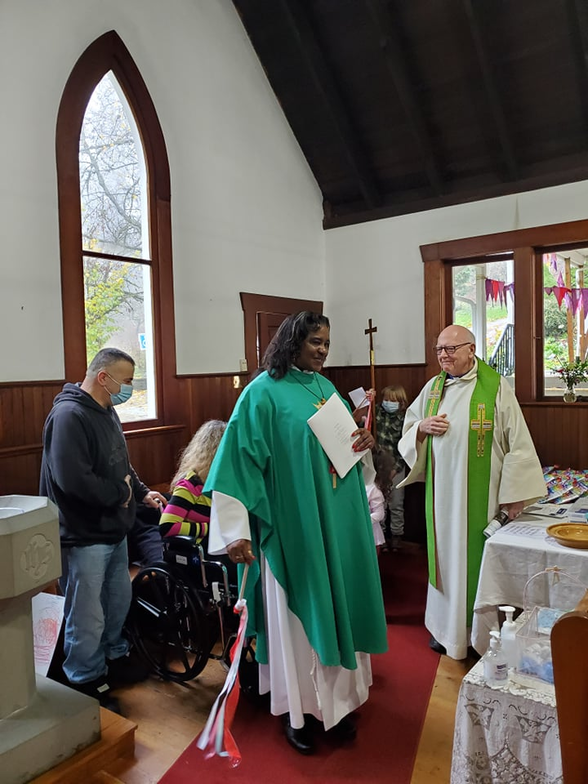 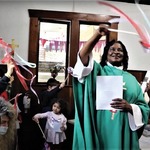 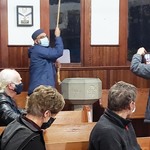 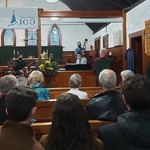 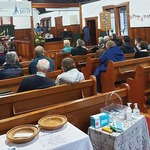 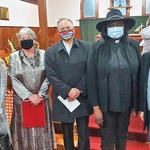 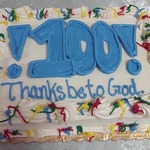 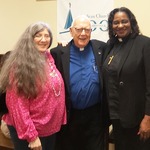 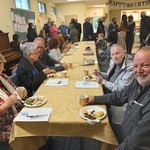 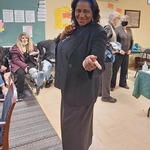 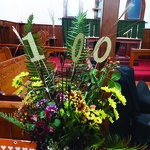 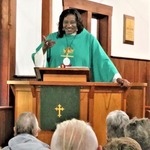 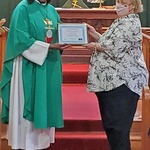 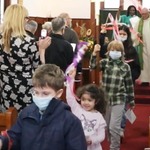 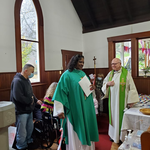 The Centennial Celebrations at Holy Spirit, Whonnock culminated on the week-end November 13-14, 2021.

A jazz trio playing an original composition and an accompanying narrative of the story of The Prodigal Son enthralled guests on Saturday afternoon, November 13. This was part of 'A Celebrating Family' weekend marking the 100th anniversary of the opening of the church building.  The Prodigal Son, a story of welcome and embrace, was a fitting welcome for past members, neighbours and dignitaries as well as those afar who had sent greetings. There was celebration of the '100' projects which the parish has been working on which include: t-shirts for foreign farm workers, blood donations and distirubtions of bibles.

What we had not planned was the recurrence of Noah's Ark the next day. Floods of water coming downhill greeted those who dallied after the Sunday lunch. The meal was catered, so for once in 100 years, members of the parish did not have work in the kitchen and miss the party.

Vicar of the Parish of Holy Spirit, the Reverend Miranda Sutherland welcomed everyone to the Service of Thanksgiving and Celebration.  Her sermon drew on the imagery of the “crossing over of the Israelites” as the parish crosses over from one century into the next. The Reverend David Price served as officiant and he was accompanied by his spouse, Erica.  The Rev. Price was invited to read messages of congratulations from Bishop John Stephens; Regional Archdeacon, the Venerable Allan Carson and Regional Dean, the Reverend Kelly Duncan.  Among the guests at worship were representatives from St. Oswald’s, Port Kells, where Miranda is also vicar, and Maple Ridge Councillor, Ahmed Yusef and his family.  In bringing greetings, Councillor Ahmed expressed with thanksgiving, the connection that the liturgy and the sermon made with water, the journey of the Israelites and our faith.

Other greetings were read, stories shared, cake-cutting, and a certificate was presented to Pamela Watson.  It celebrated the Watson family as a 'Founding Family' of the parish.  Pamela's grandfather helped build the church, her grandparents wedding was the first to take place in the building; her father was the first baby baptized and her parents also married in the church. Pamela later shared the information that her father removed, repaired and replaced the historic bell in time for her sister's wedding in 1973.

The children of the parish led the singing of the final hymn “Draw the Circle Wide’, twirling colourful ribbons as the theme of welcome continued through to the Closing Hymn.  The youngsters helped cut the cake to launch the next century of worship and service for one of the few remaining 'country' churches in the diocese of New Westminster.

It was quite a week for the Holy Spirit community as two days before, neighbours were welcomed to what has now become an annual tradition – ringing the bell for peace at sunset on Remembrance Day.

Everyone present took a turn ringing, and loudly replying to “Let there be Peace on Earth” with “Let it begin with me”.

In the words of the vicar, Miranda,

“The future of our parish is in the hands of the Lord as the faithful saints, through the mercies of God, continue their mission and ministry in the community of Whonnock”.