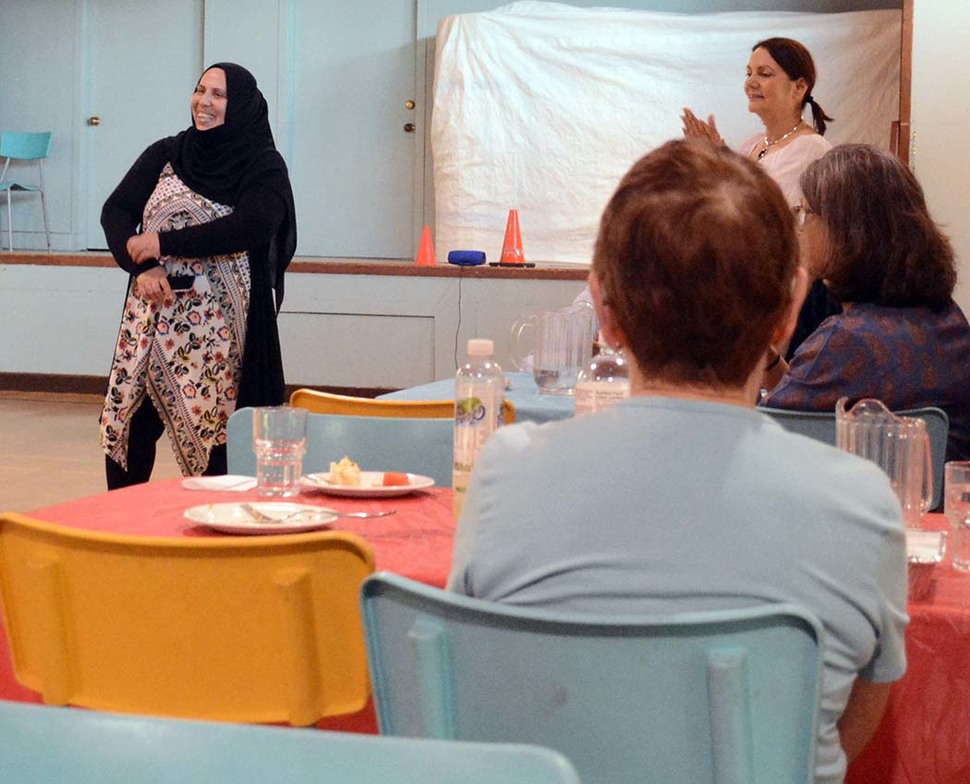 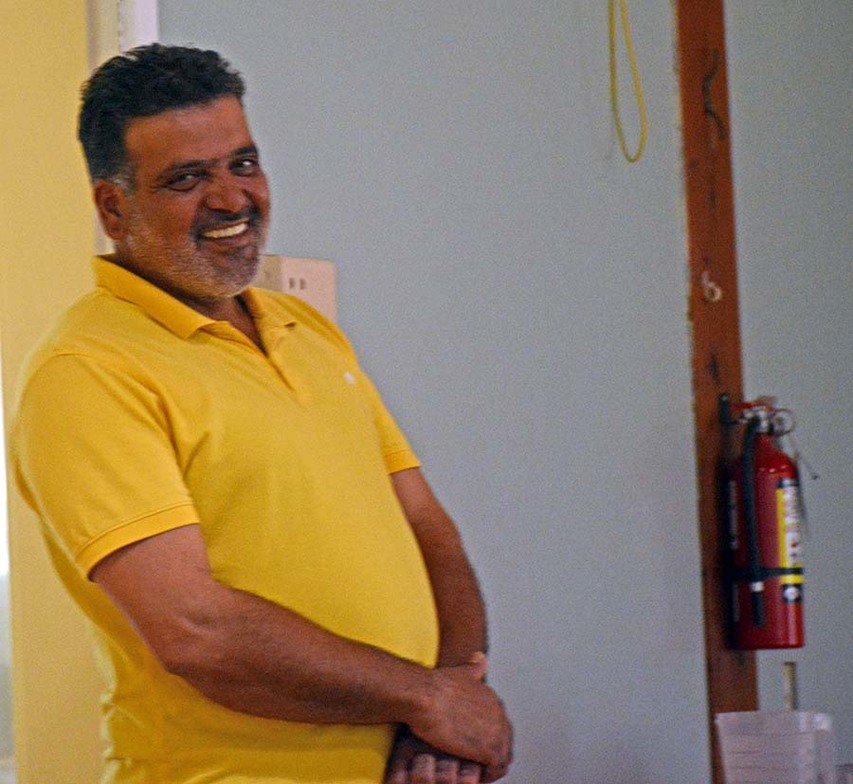 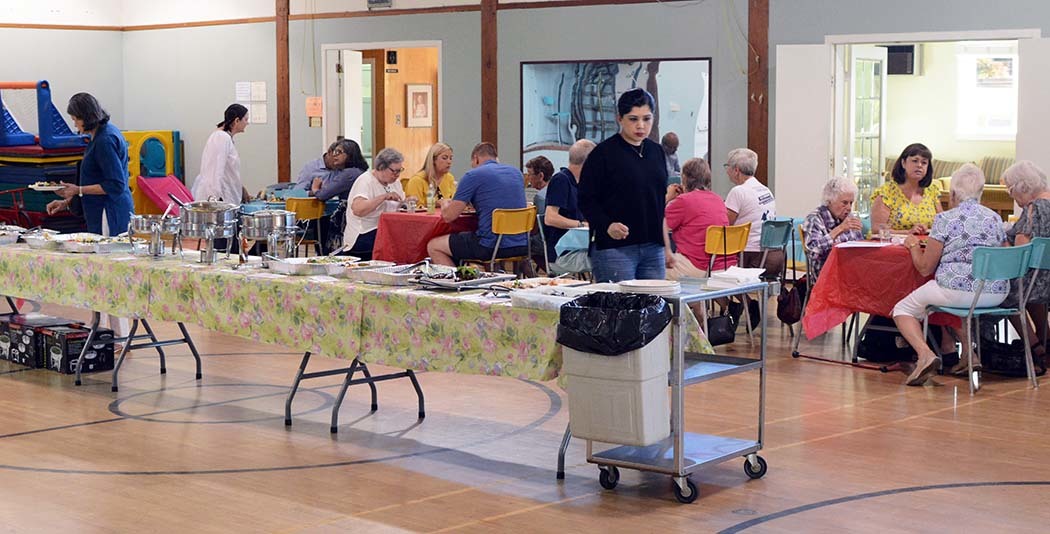 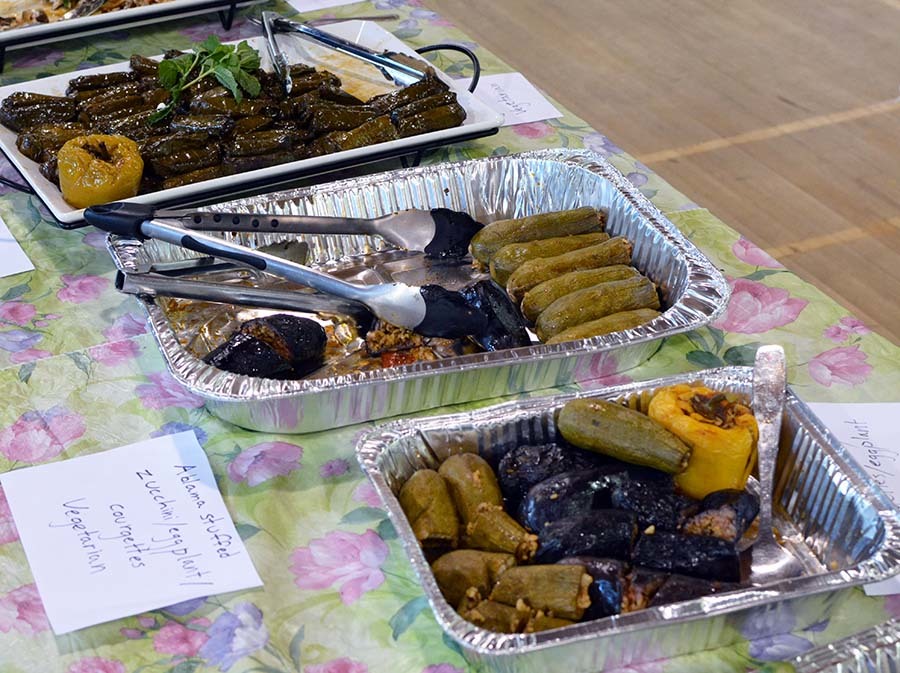 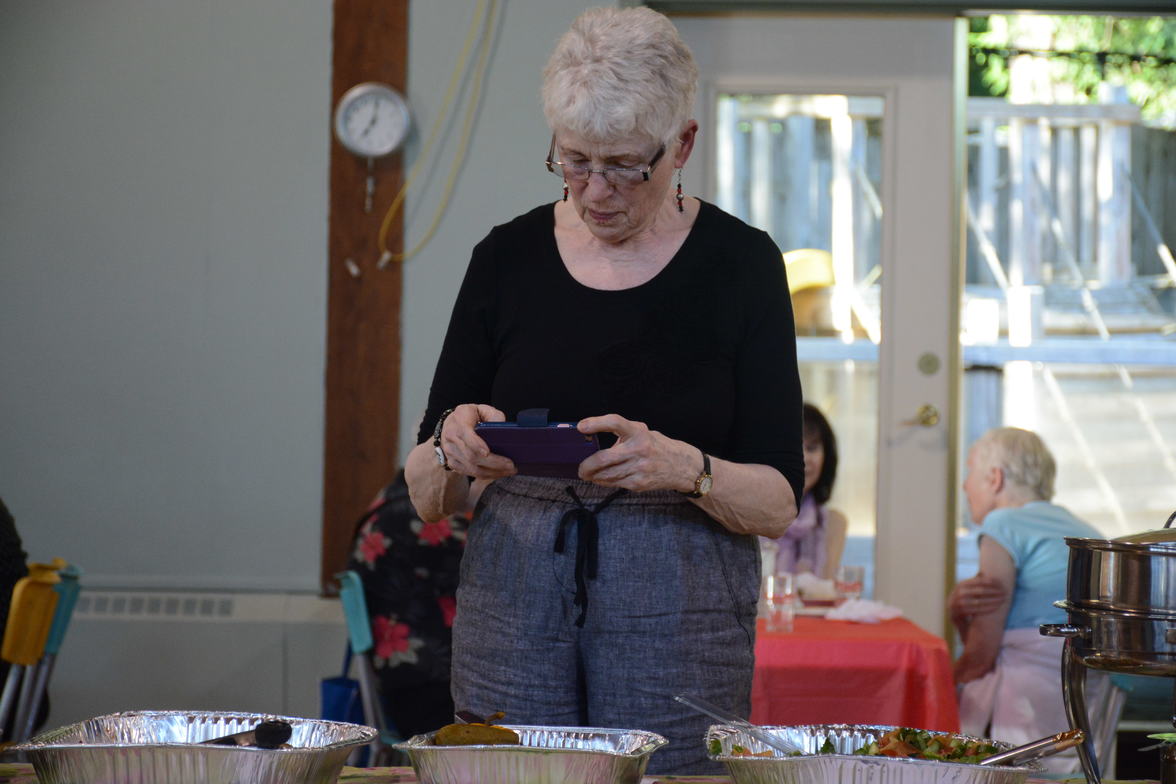 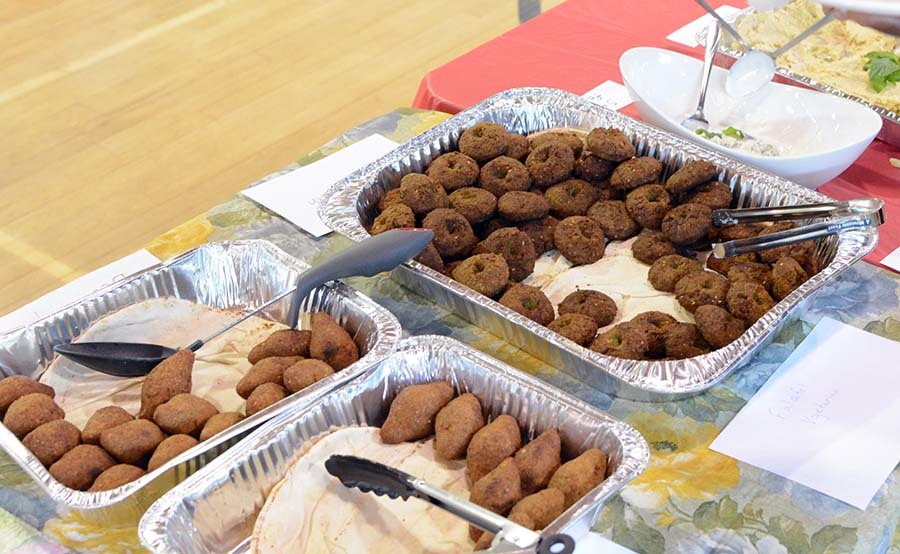 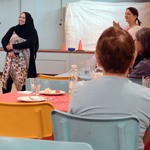 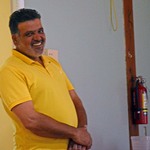 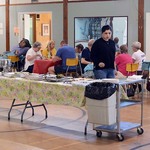 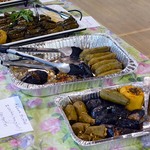 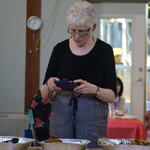 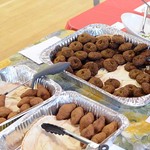 Honada is the wife and mother in a family of five.  The family consists of Honada, spouse and mother; Said, spouse and father and their three children ages 12-20. They were the first family of newcomers connected to the Syrian crisis sponsored by R.E.S.T. the Regional Ecumenical Support Team which is based on the North Shore, associated with the Diocese of New Westminster through the diocese as an SAH (Sponsorship Agreement Holder). They arrived at YVR at 4:45pm on January 15, 2016.

And now we jump ahead nearly two and half years. The children continue to adapt to Canadian life, Said is working (and is doing well with English) and Honada who early on developed a reputation as an excellent cook has started a catering business with the support of friends, particularly Tillat who is the contact for the catering business.

As a way of getting things moving and to help create some buzz about the catering business, “Honada’s Syrian Supper” took place in the gym of St. Catherine’s, Capilano on the evening of Saturday, July 21. There were a number of folks associated with R.E.S.T. in attendance as well as other folks from diocesan parishes.

The food was laid out on buffet tables in the middle of the room and the diners feasted on more than a dozen Syrian specialties, including: Kibbie aka Kebbeh (beef croquettes made with bulgur and spices); Falafel (fried chick pea and spices); Ablama stuffed zucchini and eggplant;  stuffed grape leaves, and an assortment of cold dishes and spreads:  Fattoush, a salad of bread, mixed greens and other veggies, Mujjadarah, a hearty savoury vegetarian dish of lentils, crisp onions and rice and more widely known dishes like tabbouleh, chicken shawarma (in pita) and hummus.

Everyone had a great time and really enjoyed the food. Said was also very involved, filling glasses with water and juice and serving the dessert.  After the meal Honada said a few words to the diners, thanked them for being there and said that she was very grateful for their love and support.

You will find attached below a PDF of the dishes available from Honada’s Syrian Kitchen’s home catering list. These foods are perfect for entertaining, so next time you are putting on a party or a reception contact Tillat and place an order you won’t be disappointed.