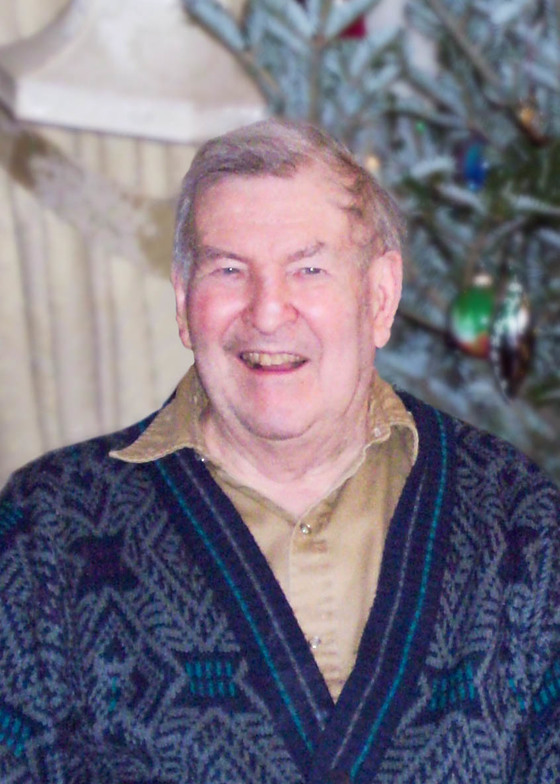 Music, family and friends were always high priority for our Dad who had a joyful laugh that could be heard across any room of people. He was always welcoming and encouraging.

Born in Winnipeg, Edward Frank Quinton was known to everyone as Ted or Mr. Q. In the early 1940s he moved with his family to Chilliwack.

Upon graduating from high school, Ted, along with his entire class, “went down, signed up and then went home to tell their mothers.” From Aug 17, 1943 until March 28, 1946, Ted served as a wireless air gunner in the RCAF. When he returned to Canada he followed his family to Vancouver.

Beginning at St, Thomas Anglican, Chilliwack, over the years Ted was organist and choirmaster at seven different Anglican churches playing the organ and running both senior and junior choirs. Dad’s choirs were always a lot of fun, focusing on the meaning of the words and making a joyful noise, even if you couldn’t sing very well - everyone was welcome. After working for 30 years in a print shop, Ted turned his passion of music into his second 30 year career as a pipe organ technician.

He was an original and 35 year member of the Gallery singers founded in the late 1960s at St. John's, Shaughnessy. Because Christmas was the highlight of every year, Advent and Christmas music started in the Quinton household each July.

Dad met Mom at St. Margaret’s in Vancouver and they were married on the hottest day of the year, July 11, 1959. 61 years later, Dad is survived by his wife Jean, daughter Nancy, son-in-law Jonathan, grandchildren Connor and Talia and son David.

While the last ten years have been full of health challenges, Ted never lost his love of music and family.

He passed Dec 2, 2020 quietly, quickly and comfortably for which we are eternally grateful to our Lord.

He is missed beyond belief!

In lieu of flowers donations can be made to the Camp Artaban Society.

Due to COVID-19, a memorial service will occur at a later date.