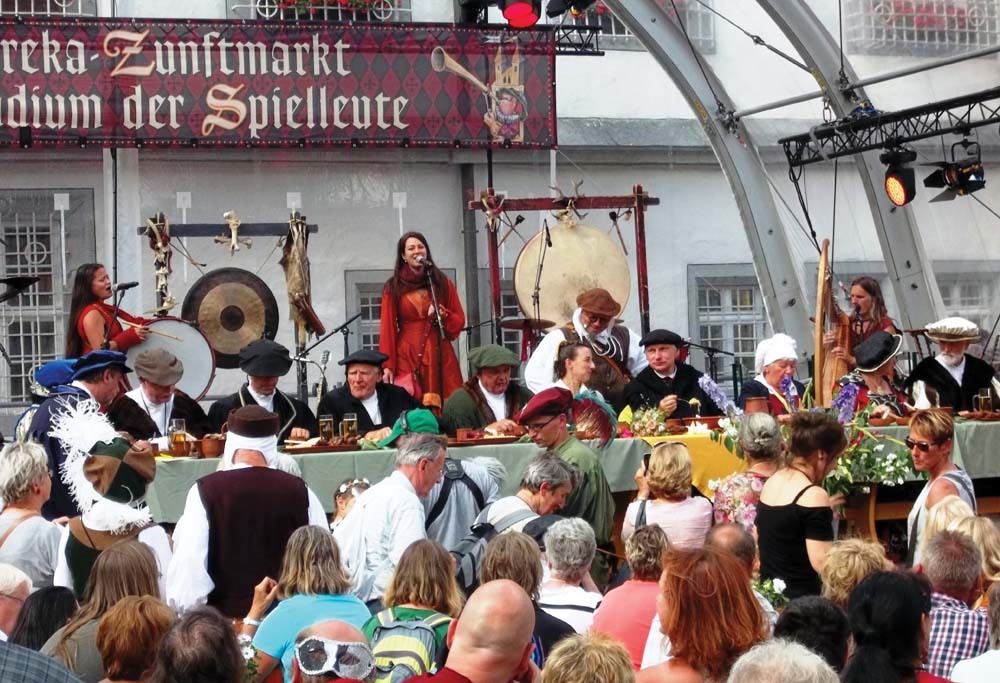 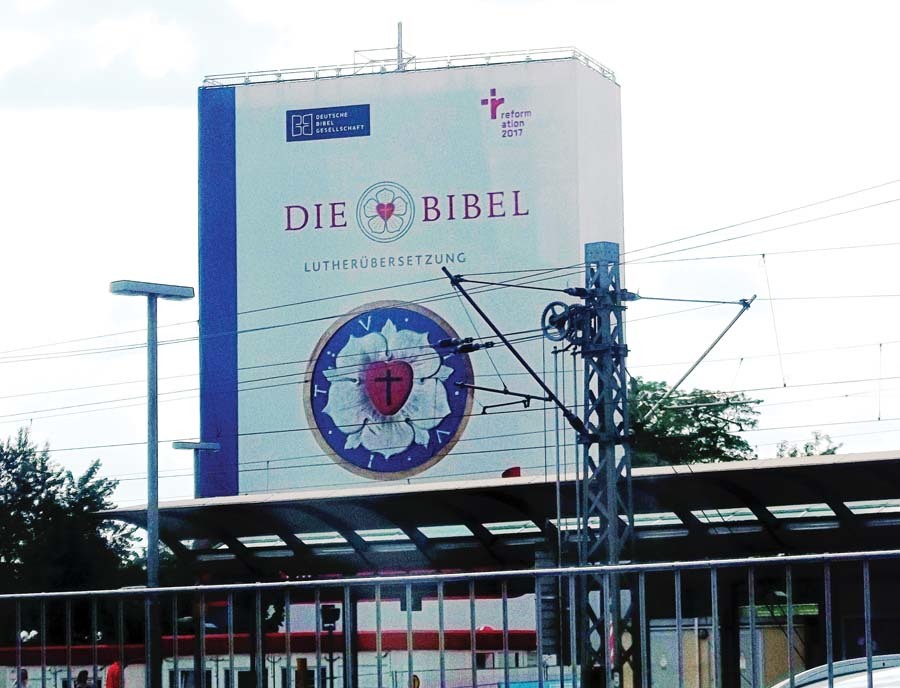 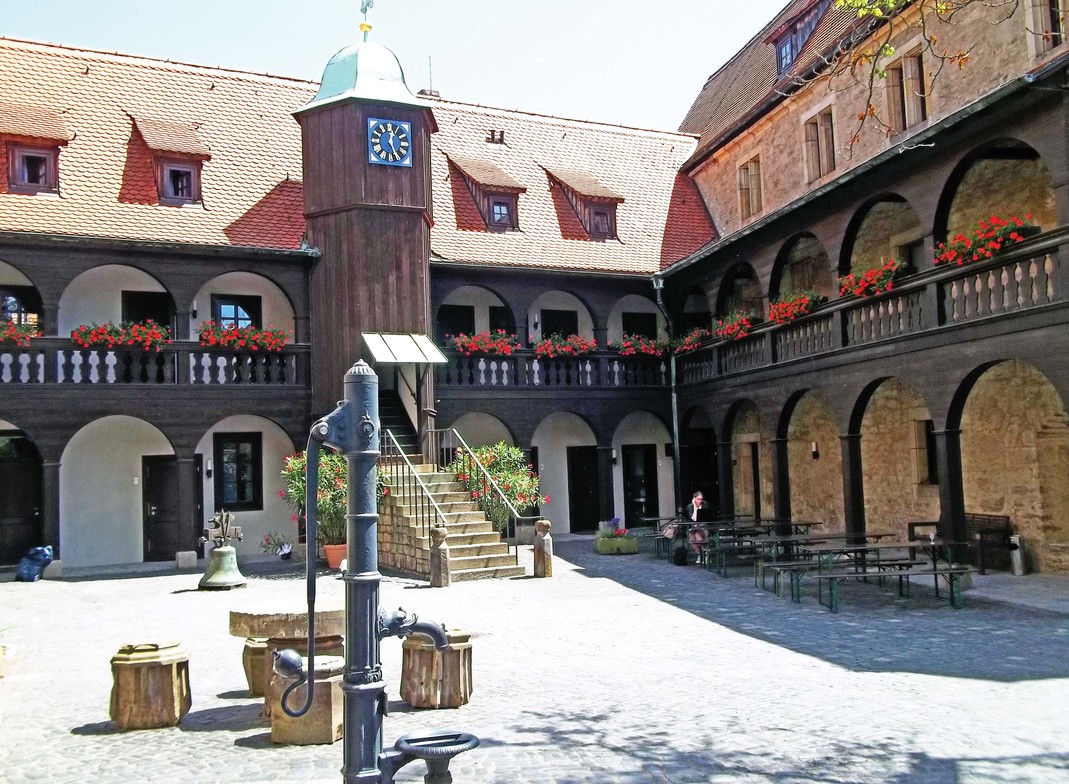 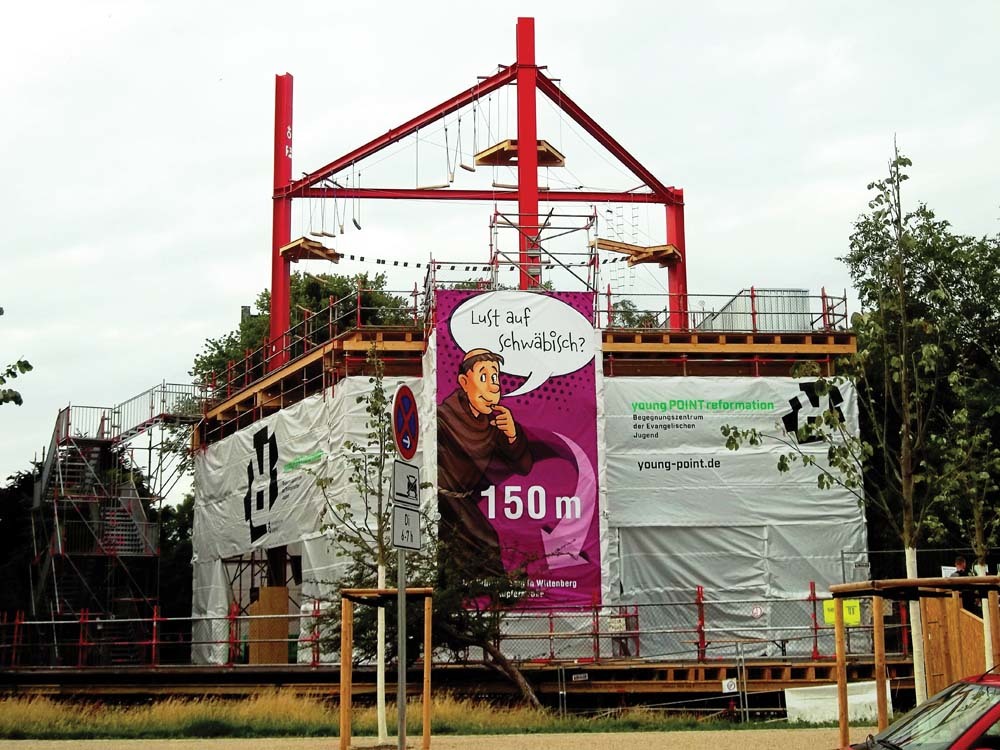 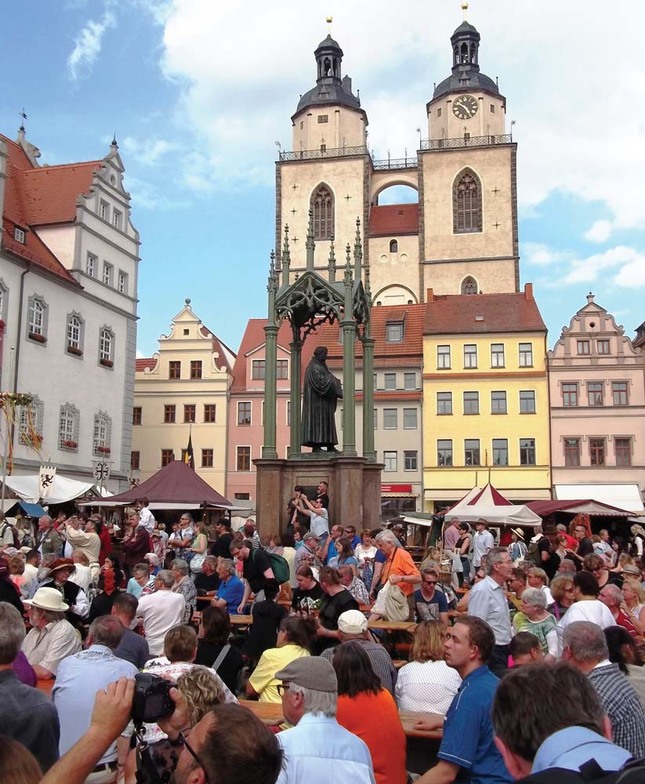 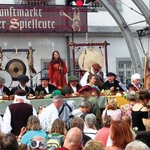 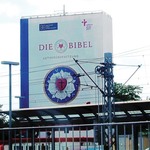 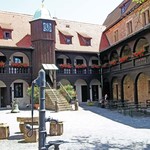 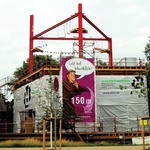 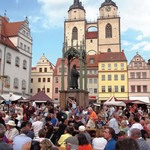 Reformation 500 - In the Footsteps of Martin Luther

2017, as well as being the 150th anniversary of the birth of Confederation, is also the 500th anniversary of the start of the Reformation. Holy Trinity, Vancouver (HTV) marked the 150th with a hotdog BBQ on July 9.  With 500 years being a more significant milestone, a series of events are being held throughout the year in honour of the Reformation – complete with commemorative bookmark.

At HTV we have already had an eight-week course: Remembering Martin Luther. Our Film & Faith series has included the 2003 movie Luther (Joseph Fiennes and Sir Peter Ustinov). Coming up, we are staging the play Written on the Heart (2 pm Reformation Sunday, October 29), and have a Saturday Seminar, Luther: let God be God (9:30 am-12:30 pm, November 4) with the Reverend Dr. Gerald Hobbs.

Written on the Heart was commissioned by the Royal Shakespeare Company for the 400th anniversary of the Authorised (King James) Version of the Bible in 2011. I had the opportunity to see it performed at Stratford-upon-Avon and it is a particular joy that Pacific Theatre is able to bring it to Vancouver.

HTV is hosting a poster exhibition, featuring 30 informational posters produced by the German Government in association with three Reformation 500 exhibitions. To encourage study of the posters, we have a competition which runs until the end of the year.

The exhibitions did come to the US: Minneapolis, New York and Atlanta. I however, from June 8-20, went to see them in Germany at Berlin, Wittenberg and Wartburg Castle. This was easier and cheaper than crisscrossing the States, but also more meaningful: you get to soak up the surroundings that Luther would have known.

The Berlin exhibition was The Luther Effect. Protestantism – 500 Years in the World. It featured 500 artifacts illustrating the spread of worldwide Protestantism (including Anglicanism) with special sections devoted to Sweden, the United States, Korea and Tanzania.

Wittenberg was my personal highlight amongst the exhibitions, with Luther! 95 Treasures – 95 People situated in Luther’s House (the former Augustinian monastery). The ‘Treasures’ got to the heart of what Luther’s Reformation was about, and the ‘People’ depicted historical and contemporary figures affected by it. A plus was staying at the Youth Hostel (clearly a flexible term!) housed in Frederick the Wise’s former castle, and witnessing the re-enactment of Martin and Katharina’s wedding.

Wartburg Castle, a UNESCO World Heritage site, is a significant tourist destination in its own right; the exhibition there, Luther and the Germans, was the most visited of the three. All three exhibitions could be described as exhaustive, and therefore potentially exhausting, especially if you do what I did and look at everything. But the Wartburg exhibition was the most challenging, as there was no opportunity to leave midway and come back – you just had to keep ploughing on!

Wartburg is a convenient daytrip from Erfurt, meaning I could stay at the former Augustinian monastery there, now operated by the Protestant Church as a meeting and conference centre. This was a highlight as far as locales are concerned – it was where Martin Luther was from 1505 to 1511 – and I was there for the weekly service in English, held on Thursdays (as I was for the monthly English service at the rebuilt Frauenkirche in Dresden). Also, Erfurt is a delightful medieval town, which escaped largely unscathed from the Second World War.

One of the questions I have been asked is, “What did you learn that was new to you from the exhibitions?” As a long-time student of Luther and the Reformation, a lot was what I knew already (or had known but had forgotten), and inevitably there was a certain amount of repetition amongst the exhibitions. But nuggets that I gleaned include:

visiting Frederick the Wise’s relic collection earned between 1½ and 2 million years off purgatory (two different audio guides!); although Frederick remained a Roman Catholic while supporting Luther, he asked for a Protestant Communion on his deathbed;the Bible was available in German before Luther, but his was the first translation from the original languages and he employed a dynamic, rather than literal, translation technique;there is evidence (Georg Rorer) that Luther did indeed nail his 95 Theses to the church door on October 31, 1517.

I could not but be impressed by the time, effort (and money) put into staging the exhibitions, under the patronage of the German President, with the overall title: The Full Power of the Reformation. In part this is because of Luther’s enduring cultural and social significance.

All the labelling included clear English and there were good English-language audio guides available for each exhibition. There were excellent, reasonably priced books for each exhibition, although I was quite relieved that the Wartburg exhibition’s main book was only available in German, as my luggage was getting rather heavy by that stage.

Rick Steves’ guidebook worked well for this trip, perhaps because Steves is a Lutheran – there is even a section called Lutherland. According to Steves, 7% of Erfurt is Roman Catholic and 14% Protestant; clearly the dreary days of atheistic communism in East Germany have left their mark in this respect. I hope that the exhibitions, along with other events, both in Germany, for example at the Applied Arts Museum in Leipzig, and worldwide, including at Holy Trinity, Vancouver, will convey the richness of Reformation heritage and help rekindle interest and participation in Christianity and in church life.