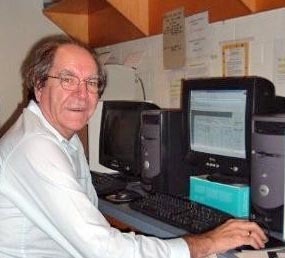 The Reverend John Charnell died at age 90 in Vancouver. He was predeceased by his wife, Olive Croft, in 2010. John is survived by his sons Mark and David.

After obtaining a Master of Social Work from Carleton University in 1972, John began a career in social work and child protection with the Children’s Aid Society of Ottawa-Carleton. John transferred to the Diocese of New Westminster in 1980 becoming Rector of Christ the King, Burnaby, but the pull of social work saw him transfer back to Ottawa in 1981 as the Director of the Anglican Social Service Centre.

John returned to Vancouver in his retirement and served for a time as Pastoral Associate at Christ Church Cathedral and as Honorary Assistant at St Paul, Vancouver.

The funeral service will be held on Saturday, 28 July at 2 pm at St Paul’s Anglican Church, 1130 Jervis Street, Vancouver, with a reception following.